It’s all in the taste: Aileen Wang 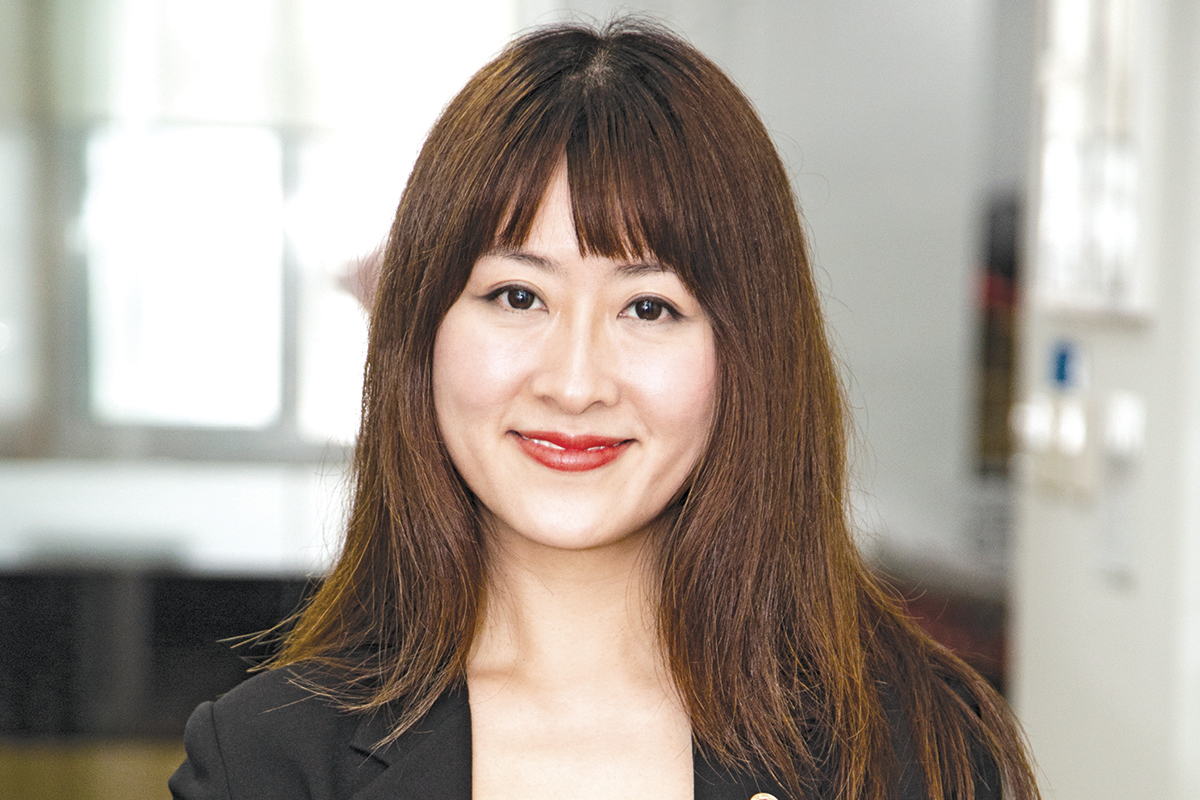 There’s a glorious aspect to Aileen Wang’s job, and it’s one she unreservedly and passionately promotes. In fact, she admits, it was a crucial ingredient in attracting her to the role of CEO of Domino’s Pizza China.

Quite simply, this woman loves pizza. Even though, oddly enough, it was her executive role at McDonald’s that led her to the pizza chain.

“I was VP of Franchising for McDonald’s when I was headhunted by Domino’s,” she explains. “They invited me to a Domino’s restaurant and, while explaining their story, fed me a potato pizza. It was so tasty. It’s like I got recruited by this pizza!”

While China’s potato pizza, described by Aileen as “the champion across all regions”, may have pushed her over the line to accept the job, her history with Domino’s began years ago while living in the US.

“I’ve been a customer for a long time. My husband was a domino’s pizza delivery driver.”

“I’ve been a customer for a long time,” she laughs. “My husband was a Domino’s delivery driver.” Aileen spent eight years in the US completing her Masters in Economics at Vanderbilt University before joining McKinsey & Company as a consultant in 2004. Five years later, she was recruited by McDonald’s Asia Pacific for its fast-track program, and was the first person to be chosen from outside the organisation.

“I did that for 21 months, starting as crew flipping burgers every day,” she says. “I worked my way up to assistant manager, then restaurant manager, managing one restaurant, then six, then 30 and then all the way up to 100.”

In 2011, Aileen returned to China and became McDonald’s China GM of Shanghai and then VPGM of the Central Region, where she managed about 500 restaurants. It took her just four years to become VP of National Franchising. “Then I got the call from Domino’s,” she says.

“It was at a time when I was thinking about my next step and Domino’s provided the perfect platform. I’d learned strategy from McKinsey, and operations, systems and leadership from McDonald’s. Domino’s was my opportunity to combine everything I’d learned and make it happen.”

There’s no doubt Aileen had her work cut out for her. While China has a very large pizza market, it’s dominated by Pizza Hut, which boasts 2,000 stores compared with Domino’s count of just 100. Enter Aileen. Since she came on board in 2017, the store count has doubled to 200 and counting.

“Domino’s is totally taking off, we’re growing very fast. Our two biggest markets are Beijing and Shanghai, with footprints in nearby cities. Last year, we entered the southern region, opening stores in Guangzhou and Shenzhen. Our sales have grown 30–50% over the past few years, much higher than the rate of industry growth, while our plan is to reach 500 to 700 stores in five years, and eventually more than 1,000.”

Aileen has 10 people in her leadership team, most of them with many more years’ experience than her own fast-tracked advance. Refreshingly, she doesn’t consider being a woman as an impediment to her meteoric rise. Like everything else, she takes it in her stride. 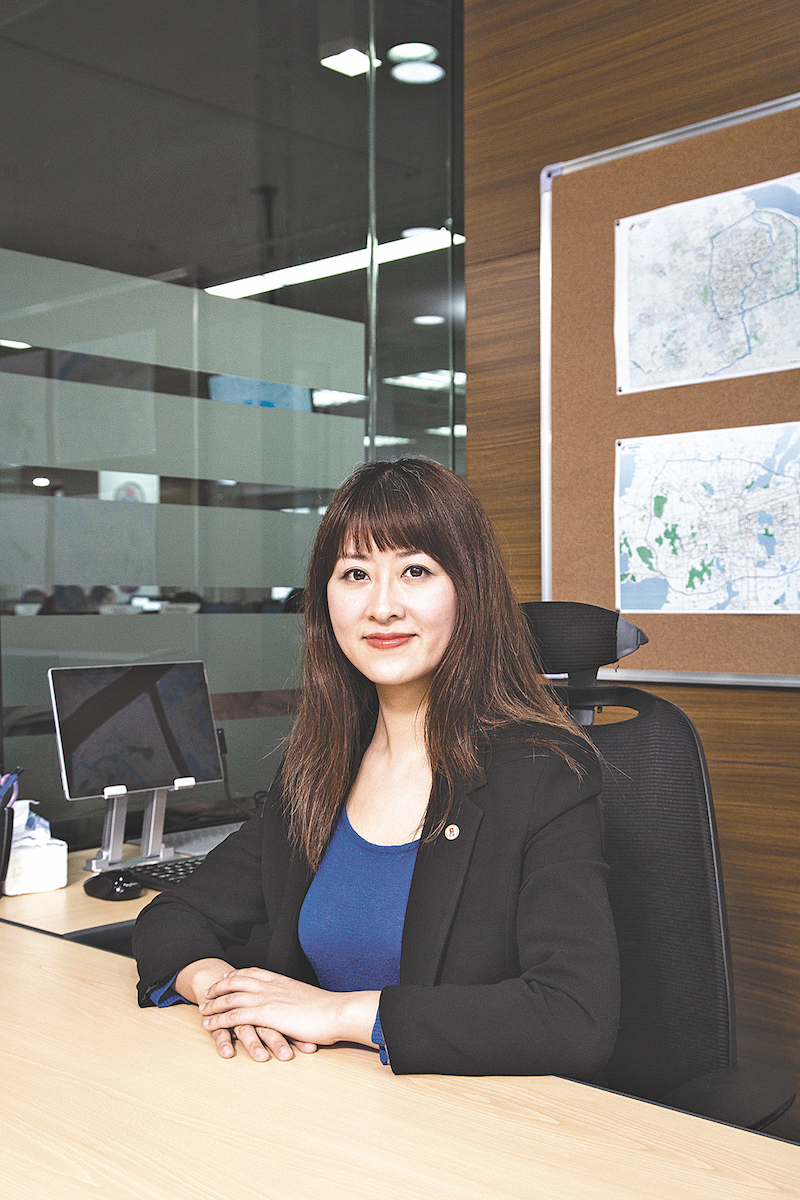 “I had zero experience in the industry when I started. I just survived. Being a woman was never a very big bottleneck for me,” she reflects. “Retail is actually full of women leaders, probably because throughout the industry they are a little more customer centric and probably a little more empathetic.

“I think you just have to be very sincere, show your passion for the industry and the brand. Then you just add value, right? People can see that and over time you build credibility. You get to know each other and then start to work together well.”

Domino’s launched in China in 1997, starting as a delivery service. It was a concept that didn’t prove popular, however, as the Chinese mindset was more focused on sitting down and eating in restaurants, fast food or otherwise.

“It took a lot of time to figure out the business model and open stores,” Aileen says. “Of course, pizza was still very different for Chinese tastebuds, but being a Western novelty, people tried it.

These days, it’s very different because of the emergence of the middle class in China. Research shows that when you become richer, you become more accepting of Western food. We’ve seen that with fried chicken and burgers, and it’s the same with pizza.

“Our stores are much the same as they are elsewhere in the world, except we focus a little more on dining. In the US, more people order at drive-thru and get delivery. In China, lots of people walk, so they dine in besides ordering delivery.”

Aileen says the biggest challenge facing Domino’s is finding the best talent. Having learned from the ground up herself, from crew room to boardroom, she’s passionate about training. And with Domino’s selling more than two million pizzas every day around the world, operational standards are high.

“It’s people first, always,” she says. “If you don’t have the right people you can’t make it happen. We’re growing so fast we need to ensure the talent level can catch up because so much training and energising is required. But luckily, we have a very strong global training system.

“Within Domino’s there are many people who started as delivery riders and go on to become restaurant and franchisee managers and then country CEOs. You just have to appreciate the nitty-gritty at the ground level, learn the foundations, and that will open doors to new opportunities. We’ve replicated success in more than 15,900 stores across the globe. It has happened before, so it can happen in China, too.

Aileen believes Domino’s strength and its edge over the competition lies in delivery and being digitally savvy, a vital component in China’s thriving digital economy. Then, of course, there’s the taste. While you’ll get pizza toppings popular in the US, there are also those peculiar to local tastebuds, including durian, that spikey South-East Asian fruit, famous for its pungent smell.

“Durian is my son’s favourite,” Aileen laughs. “We have pizza delivered once a week, usually for Saturday lunch. Of course, I usually order potato, and my son orders durian. My husband? The poor man usually doesn’t have a say. He has to eat whatever we order.” 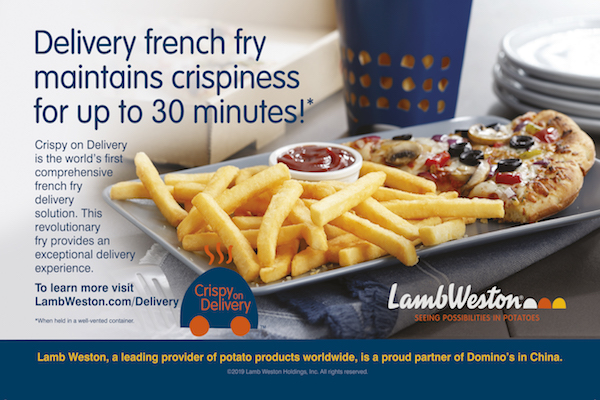 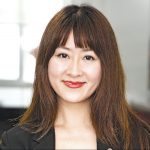