Al Williams is one of the few executives who can say that March 2020 saw double the revenue of March 2019. “We’ve seen a significant uptake in our business,” explains the President and CEO of America’s leading baked beans producer, Bush Brothers & Company. 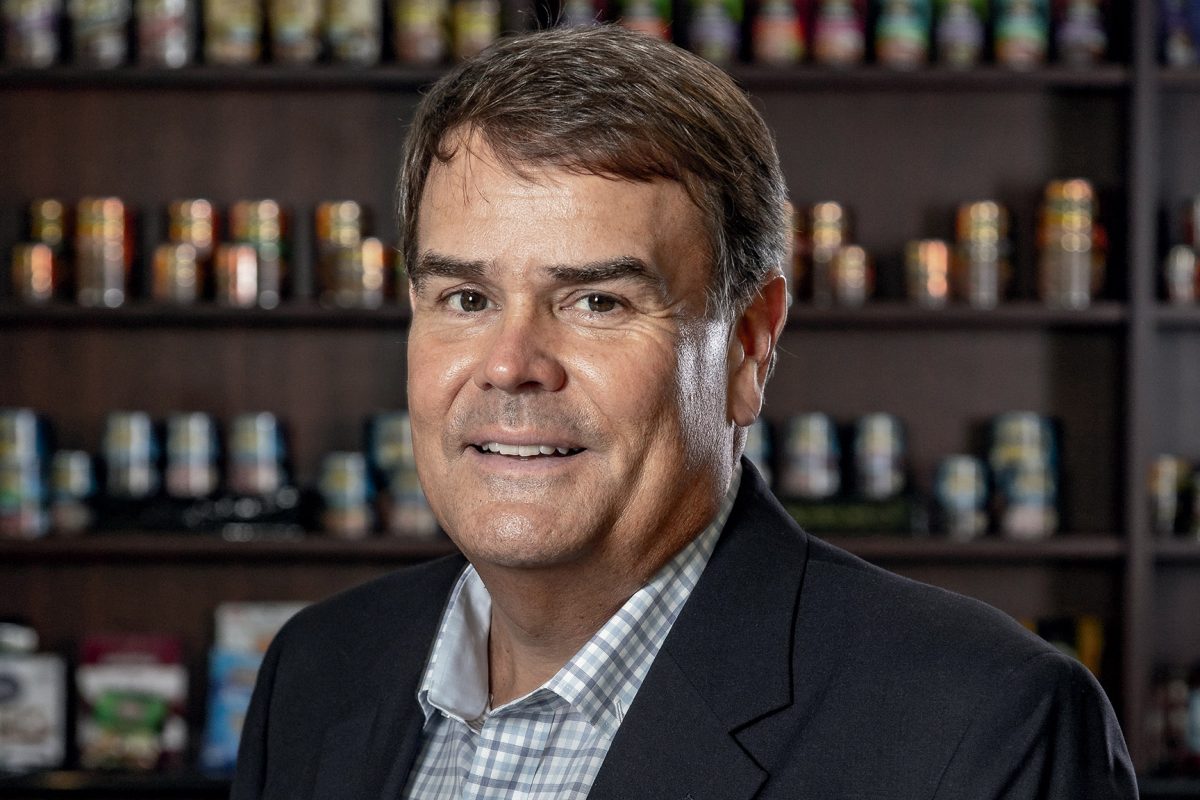 Al couldn’t have predicted the pandemic that would sweep the globe but, without realizing it, he had been preparing the company for such an event since he took over the role in late August 2019. “I wasn’t going to change who we are,” he says, discussing what his first priorities were when he stepped up to his new position.

“It was more about getting back to what we do best.” Now able to reflect on the first six months in the role, he acknowledges that this focus on the basics put them in good stead for what would follow. Which is a consumer who, in such a time of uncertainty, has returned to trusted items – like canned beans.

“People are looking for brands they understand and depend on,” Al says. “They are also eating at home much more now and reconnecting around mealtimes.” It’s little surprise, therefore, when he says that a large percentage of current business is “retail from grocery stores”.

Its range of beans may be a pantry staple in households across the country, but when Bush Brothers was founded more than 110 years ago by AJ Bush in Chestnut Hill, Tennessee, canned tomatoes were at the core of its operations.

Over the decades, the cannery diversified with products such as hominy and sauerkraut quickly becoming inexpensive mealtime favorites during the Great Depression. Variety beans would be introduced in 1952 – something of a eureka moment for the business that remains family-owned today.

For Al, this single focus on beans is what separates the company in a product category that includes brands such as Heinz and Campbell’s. As does the familial nature of the business, in both the ownership model and also in its human resources.

When it comes to his all-time favorite Bush Brothers product, Al can’t decide between its Bush’s Original Baked Beans and Bush’s Chili Magic; the latter, he says, because it makes chili “so easy it will change your life”. “All you do is add ground hamburger meat, pour in a can of tomatoes, and in 10 minutes you have an unbelievable pot of chili,” Al says.

A real loyalty and pride in the Bush Brothers name means that there are “multiple second- and third-generation families that work here, even one fourth-generation employee,” Al says. There are not a lot of companies in the US that can draw upon such a heritage.

“Unlike in Europe, for example, very few companies make it to 10 or 20 years, much less 110 years,” he adds. And that authenticity is something he celebrates. Although not a descendant of AJ Bush, Al is the next best thing: a born-and-bred Tennessee boy.

The move to CEO was part of a two-year succession plan that saw him move through the company executive ranks from COO to President and COO, and eventually, President and CEO. In total, he has spent more than two decades with the business.

I really think if the can didn’t exist, we would invent it today.

In his own words, Al has “been exposed to a lot of different aspects of the business”, from supply chain, procurement and logistics to production planning and scheduling, transportation, warehousing and even engineering. At one point, as the then-HR director, he hired himself as the CFO. 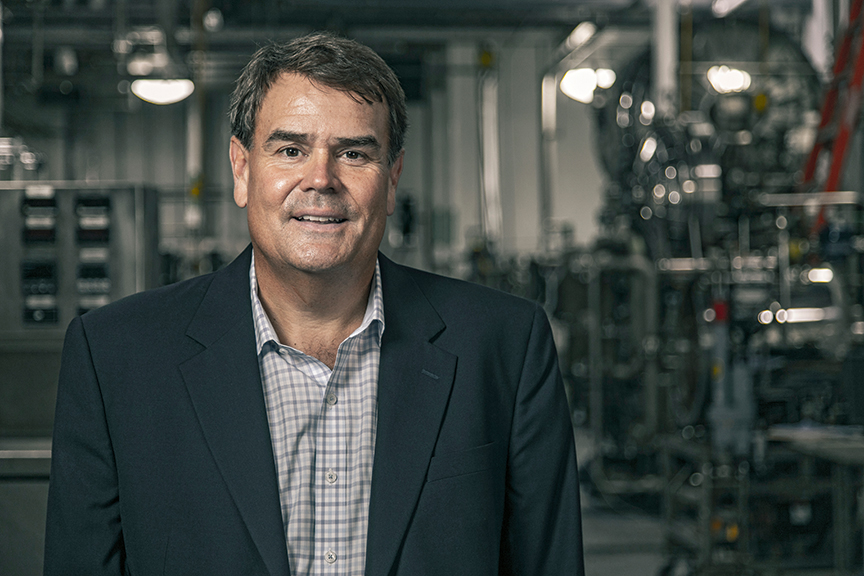 “I guess I had the experience,” he laughs when The CEO Magazine asks him what qualities made him stand out as the best candidate for the job. Today, Al says he is extremely fortunate to be surrounded by a great team. “Our CFO is a much better CFO than I was ever going to be,” he explains. “The same can be said for our supply chain and human resources manager. All these people are doing jobs that I did before, but they’re all doing them better than I did when I was in them. For me, it’s understanding that, embracing it, and getting everyone to work together.” He describes himself as more of a hands-off than hands-on leader.

“The most important thing is to get my team to put together a really good team,” he explains. “I want to focus on my direct team and then let it cascade from there.” Looking forward, Al is planning to harness the business momentum generated from COVID-19 stay-at-home orders to promote a message he is passionate about: the benefit of the can.

“There are a lot of misconceptions out there,” he says, the presence of BPA, or Bisphenol A, being the most prevalent (something, he qualifies, that hasn’t been used in the production of cans in North America for years).

Al knows that, as a business built on beans, they are “never too far away from an inappropriate joke”. This sense of humor pervades its marketing strategy: most famously with its beloved Duke, the talking dog in the television commercials – one of the longest-running television campaigns in the country. On social media, the company’s Twitter feed is managed by the @goodbeanjokes account. “We’re very lighthearted,” he smiles. “We don’t take ourselves too seriously.”

“In fact, the can is the most sustainable package we have,” he explains. “It’s infinitely recyclable,” says Al, adding that not only are up to 70% of steel cans recycled, but more than 30% of the steel used in cans comes from recycled material.

“And, once sealed, you don’t need to add any preservatives. Whether it’s beans, vegetables or any other food product, you lock in the freshness immediately.” Rather than posing a danger, he affirms that the can offers quite the opposite.

“It’s the safest food container in the world, and the most affordable.” So deep is his belief that he says, “I really think if the can didn’t exist, we would invent it today.”

As awareness increases around the environmental impact of the country’s favorite products, Al feels it’s more important than ever that the true qualities are communicated, especially when the nutritional benefits of the bean are considered.

“Now people are buying the product, they need to feel good about it and understand that not only does it taste great, but it’s also versatile and sustainable,” he says. He appreciates he can’t spread this message alone, so he has reached out to other food processor and can packaging executives to create a pan-industry initiative. 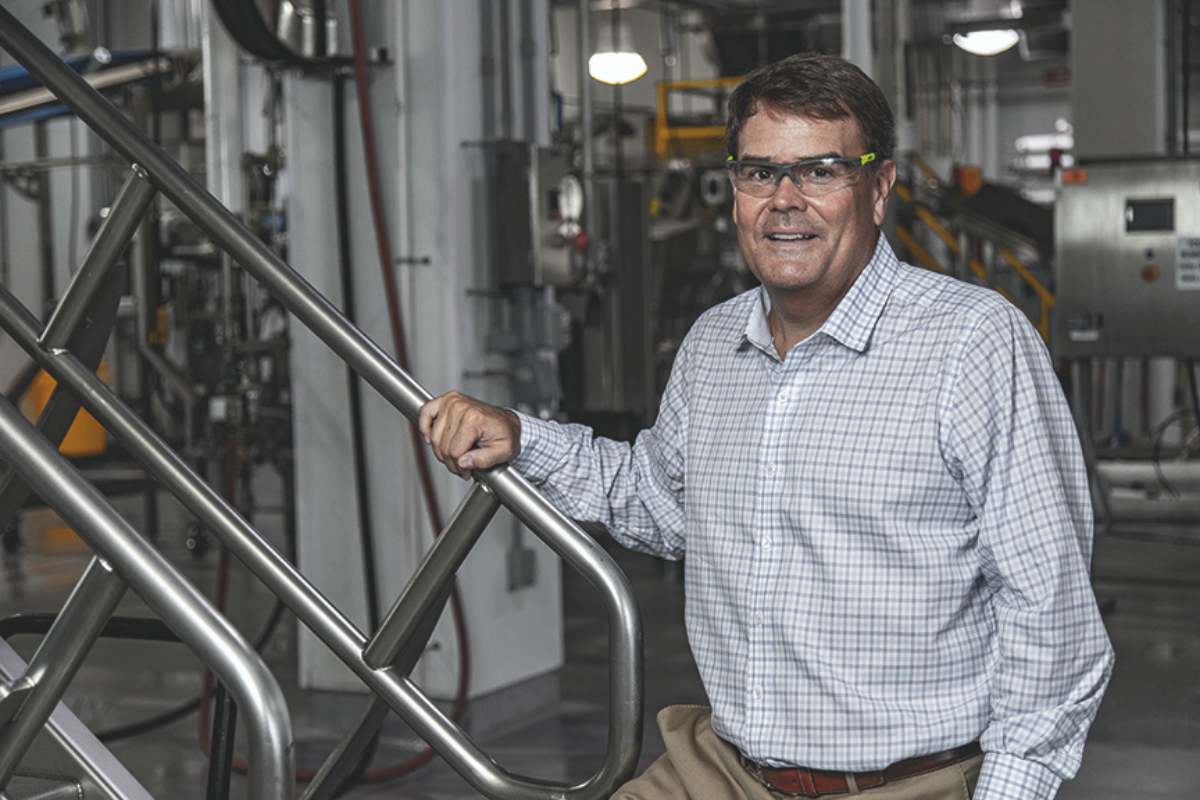 The business remains very committed to the community, and he is aware of its contribution to the economy – both on a local and national level. “We provide a lot of jobs here,” Al says. More than employment, there are also supply partners, from farmers to can manufacturers and spice suppliers, and even landscaping and roofing companies.

Now people are buying the product, they need to feel good about it and understand that not only does it taste great, but it’s also versatile and sustainable.

“We believe that it’s our responsibility to be good citizens within the community. We provide stability to our suppliers, opportunity to our employees and service to our customers, as well as value to our consumers and shareholders. We try to live that model and so I do think we’re very important – a lot of people depend on us.”

He may not be willing to divulge the Secret Family Recipe that makes Bush Brothers’ baked beans the best in the market, but Al is open to sharing his thoughts on futureproofing the company.

“There will be someone to replace me, but I think if we keep true to who we are and what we stand for – our brand, our product and people – then we have a great chance of being here for another 100 years,” he reflects, turning to Irish philosopher Charles Handy for inspiration.

“He said that you had to be able to finance your future, have a place where people want to work and products that people want to buy. I think being able to do those three things simultaneously is a difficult thing to do, but I think if you have the right underlying model, you can live forever.”