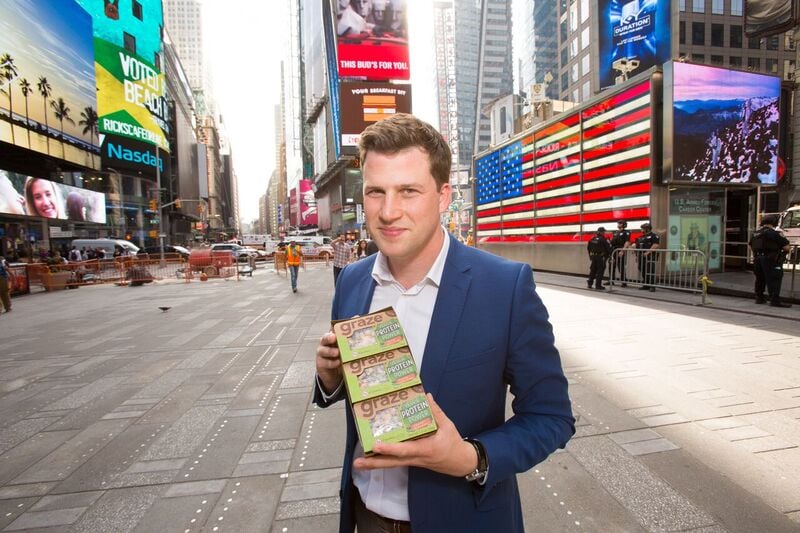 Anthony Fletcher, CEO of healthy snack company graze, finds the food industry “enormously enjoyable” to work in, while acknowledging that it is far from perfect. “I think it’s an important industry,” he tells The CEO Magazine, “but it struggles to move with the consumer and to move with the trends, and to serve a consumer world.”

Beginning as a subscription service, graze offers its customers personalised, healthy snacks that are now also available through an online store and from certain retail outlets. “What got me excited about graze in the first place,” Anthony recalls, “was the extent to which technology could help businesses move with the consumer, and serve them better.” 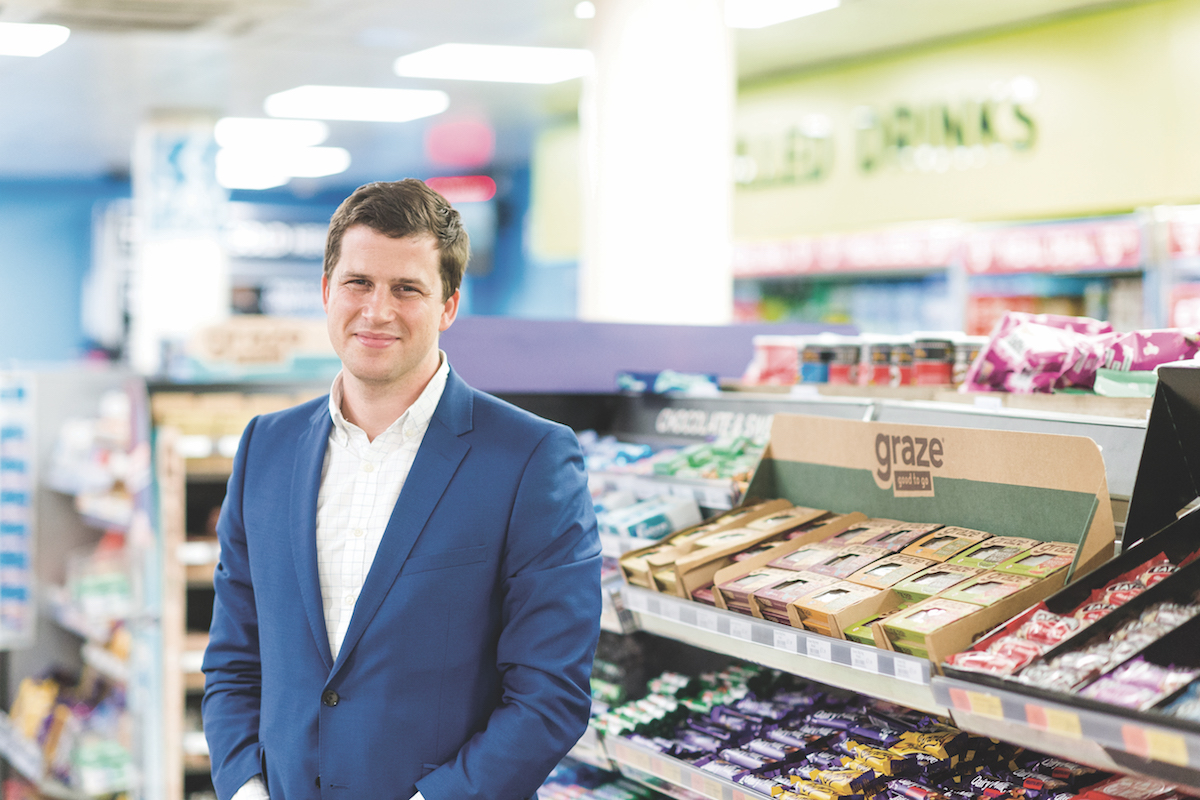 In the face of the many and varied technological trends that are arising, Anthony says, “the challenge for any business is to identify which of them are most relevant, and how to take advantage of them rather than being on the wrong side of the trend”.

The consumer has a central role to play in the acceleration of technology, and to stay on the right side of the trend is to pay attention to this figure. “They spend time in the digital world; they want to transact and buy online; they want to provide feedback on what they like and don’t like online.”

The success with which graze has broadened its operations, moving from purely a subscription service into a company with an additional retail presence, makes it unique among its peers in the industry. This evolving, multi-channel strategy is named by Anthony as the biggest challenge he has had to contend with since becoming CEO in 2012.

“We were only in one country – the UK – and we only had one business model, which was our subscription service,” he says. “Since then we’ve become an international business selling in multiple countries, but we also sell in very different ways, including through retail.”

Technology provides more than a method for businesses to keep pace with their customers. It also provides companies like graze, who work predominantly online, with the means to better understand consumer wants. “We’ve got a bit of an edge: by having an online business, you get huge amounts of data. We get about 350,000 data points a month back from our users, which helps us understand how they’re responding to different products.”

The company also receives roughly 7,000 emails and social media comments per month, from people wishing to discuss its products. Anthony is pleased by this level of feedback, given that he makes sure to be “curious and open-minded – to have that curiosity, as an organisation, to understand what we’re doing well and what we’re doing less well”.

This attitude has set graze in good stead. Celebrating 10 years of operations in September 2018, Anthony attributes its staying power in part to being “open-minded about technology”.

“We’ve found ideas that help us as a business to trailblaze and to compete in a different way. We’ve also realised the extent to which technology needs to serve the consumer. It’s not technology for technology’s sake; it’s got to help you make life better for your customers.” 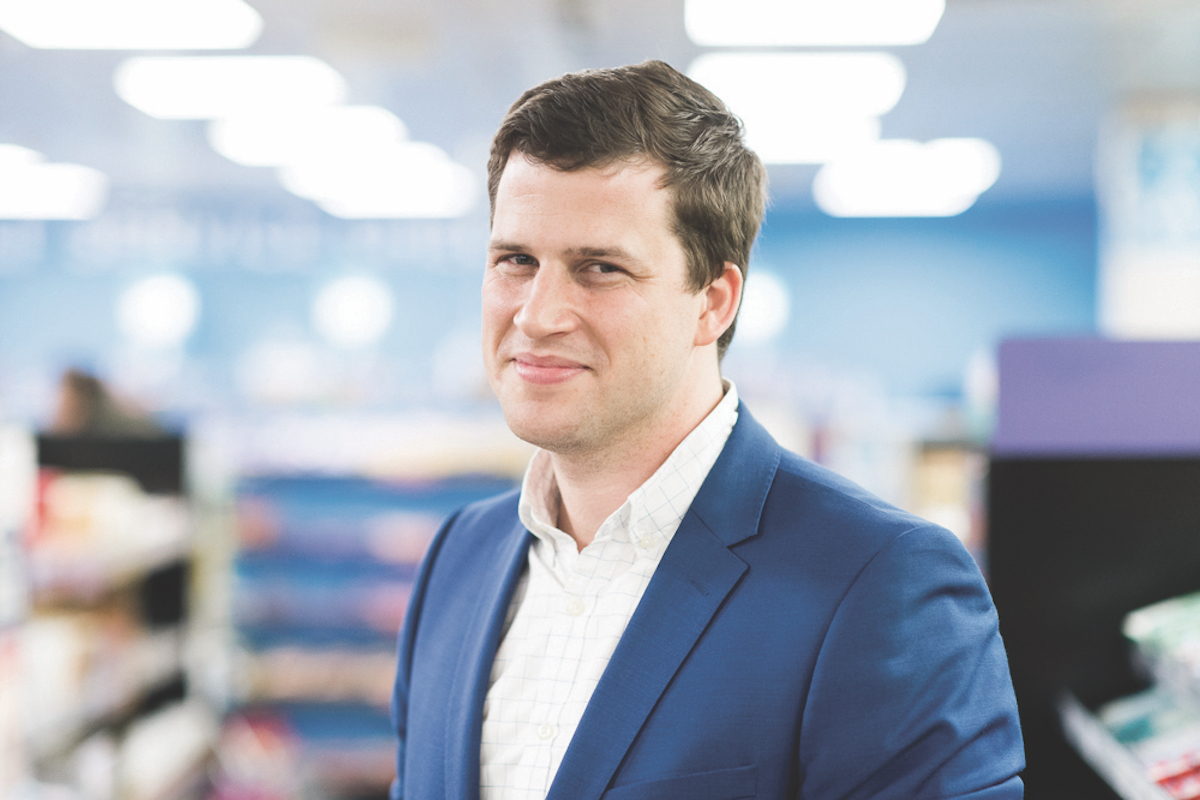 The strong relationships graze has built with suppliers, like Bestway Parcel, have also contributed to the company’s success over the past decade. The trick, says Anthony, is to find suppliers who are interested in productive, long-term relationships. “Supply partners are critical to our greater success, and I hope that on the flip side we’ve helped them to grow by working together on projects that have developed their area of expertise.”

These partnerships are supplemented by graze’s value-driven culture. Acknowledging that “an awful lot of things go into maintaining a healthy corporate culture”, Anthony identifies the most important element as “who you decide to hire in the first place”. These decisions are made by way of reference to a set of values codified by the company. “People who live these values really flourish, and enjoy working here,” he says.

Now, graze has reached the milestone of being the number one healthy snack brand in the UK, and did it unconventionally. “We built the brand through our online presence, and then we took that concept in retail,” explains Anthony, adding that now the company is turning its focus to carving out a space in the US market.

“We built the brand through our online presence, and then we took that concept into retail.”

“We’re still in the early stages of doing that in America; we’ve only recently gone into US retail stores. We’re pleased with the distribution we’ve got, but this is America: there’s a lot to look after.”

The company’s interest in food extends beyond the customers of the US and the UK, to the people and farms of the small village of Kabubbu in Uganda via its School of Farming initiative. “We set up a school in Kabubbu,” Anthony explains, “supporting a teacher to run farming lessons there, and to teach the villagers how to run their farms more effectively and more profitably.”

The school teaches modern farming methods to locals to ensure better yields, as well as providing ongoing support for their initial growing seasons. The school has had 200 graduates who can now feed and support themselves and their families. Anthony says there is much to love about the scheme, and particularly appreciates the hands-on nature of the lessons, which radiates from the classroom out to the students’ farms.

The graze School of Farming initiative represents the successful export of graze’s raison d’être. “We’re pleased to support the school,” Anthony says, “and it feels complementary to what we are interested in, which is good, quality food – and increasing its supply.” 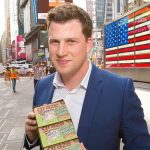