Commodity trading has a very long and colourful history in India. Indeed, the country’s time under British rule came about as a result of the trading posts and stores that were established by the East India Company throughout the 17th century. This entrepreneurial spirit has continued post-independence, and has helped to make India the economic powerhouse we know today.

In 1940, as the sun began to set on the British Raj, Shri Kishan Lal Khandelwal and Shri Bishan Lal Khandelwal founded a small trading business with a simple goal: to provide people with pure foods. That business has persisted – and remained within the Khandelwal family – for decades, and today exists as BL Agro Industries. Today run by Ashish Khandelwal, BL Agro has gone beyond the vision of its founders by harnessing state-of-the-art technology to offer a wide range of quality-rich, chemical-free food.

Now the company’s Managing Director, Ashish explains that the work his grandfather started has been carried on, but in an entirely modern way. “At its inception, BL Agro was a very small, scalable company,” he says. “But it wasn’t until my father came into the business in 1976 that things really began to change.”

His father Ghanshyam was a “long thinker” who had a vision beyond what was being done around the industry at the time. And so, in 1984, BL Agro branched out into new territory not just for the company, but for India too. “That year, we produced the first bottle of oil ever to be launched and sold in India,” Ashish recalls.

Two years later, a branded mustard oil named Bail Kolhu joined the range. “Oils became our standard,” he continues. “My father knew we could increase our capacity, so he transformed the company into an organisation.” In 1998, almost 60 years since the company was created, BL Agro Oils Pvt Ltd came into being – and then everything changed. “We went from manual bottling of oil to semiautomatic, which dramatically improved our output,” he shares.

We developed packaging that could improve hygiene, aroma and shelf life.

However, as demand grew beyond the abilities of the BL Agro production line, Ashish – who had become the Managing Director in 2008 – made a canny investment. “In 2014 I bought a machine from France that could do 400 bottles a minute,” he reveals.

“Side by side, we developed a racking system we had imported from Japan into a first in first out system.” BL Agro also took a second look at bottle shapes, proving it’s not always the product itself that needs to improve. “We innovated new two-litre and five-litre bottles,” he explains.

“In the past, our two-litre bottles were squareshaped with big mouths, which became a problem. So we streamlined the design.” Today, the company’s plant production capacity is around 1,100 metric tonnes of oil per day. This underlying income stream freed Ashish up to diversify, and in 2019, the company began to explore other avenues of profit.

“We looked at pulses, chokar, dried fruits and spices, and what we found around the market were problems with quality and packaging,” he points out. As a result, the organisation committed to taking its own innovative versions of these products to market. “We developed packaging that could improve hygiene, aroma and shelf life,” Ashish says. 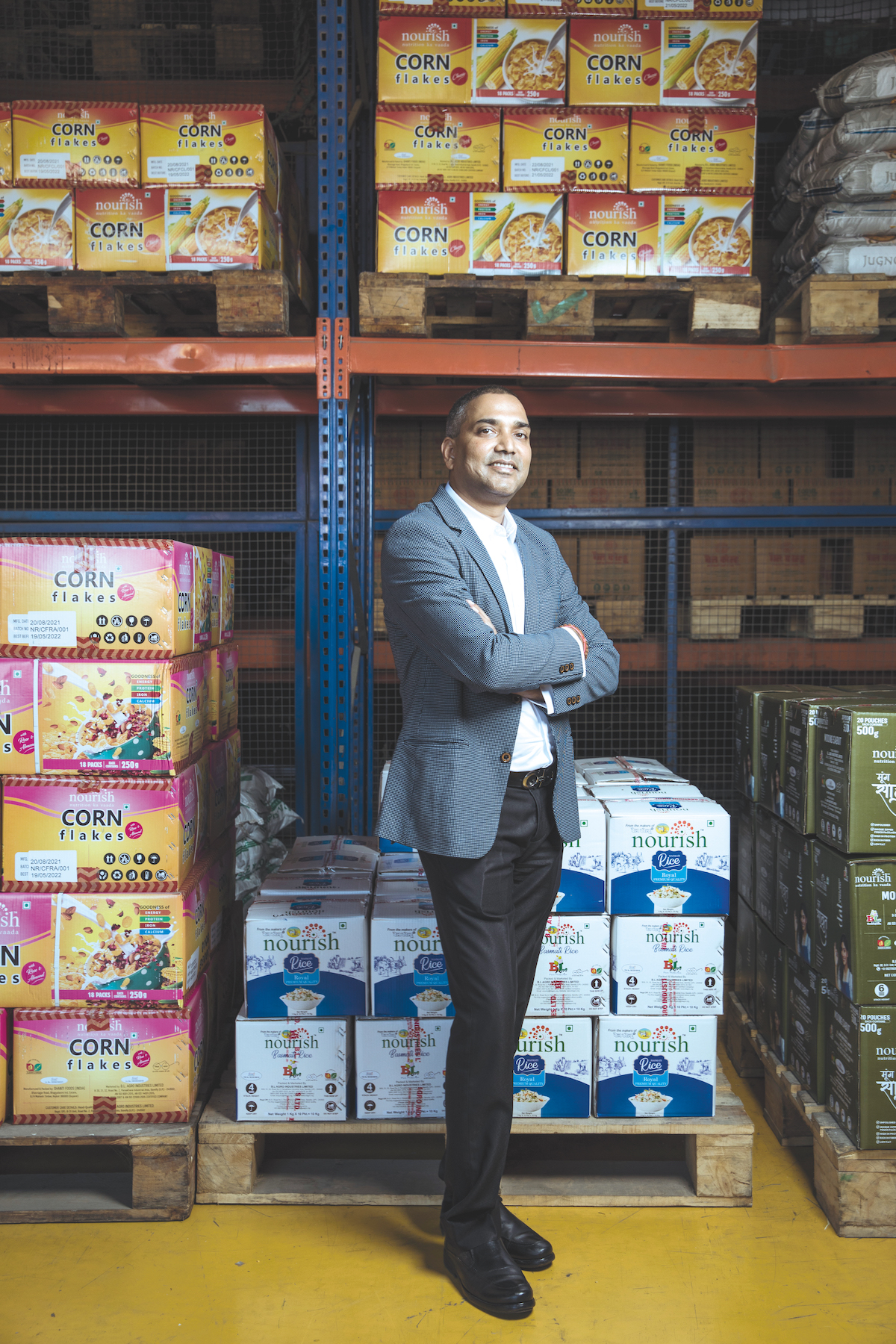 “The shelf life of our pulses increased from three months to a year, and we’re currently working on technology that will increase that even further to three years, which would be a big achievement.” Through its popular Nourish brand, BL Agro now markets a range of pulses, chokar, sunflower and mustard oils, dried fruits and rice. And Ashish confirms that all of these adhere to the company’s strict quality standards. “You have to create your standards and then you have to maintain them,” he stresses.

“That’s all you can do. Once you’ve lost that standard in the mind of the consumer, you’re gone.” That quality is a joint effort between BL Agro and its network of suppliers and partners. “We have vendors and suppliers we’ve been with since we got into packaging in 1998,” he says. “We have helped finance the technology they need to do their best work. You help each other succeed.”

If you can keep margins under control and you can innovate, you can survive.

As Ashish drives his grandfather’s dream into the future, he reveals he’s not alone. “My father is the Chair, and he’s always supported me,” he explains. “I’ve had to make several tough calls around diversification, automation as well as quality control. We face very high competition in respect to raw materials. “But if you can keep margins under control and you can innovate, you can survive.” 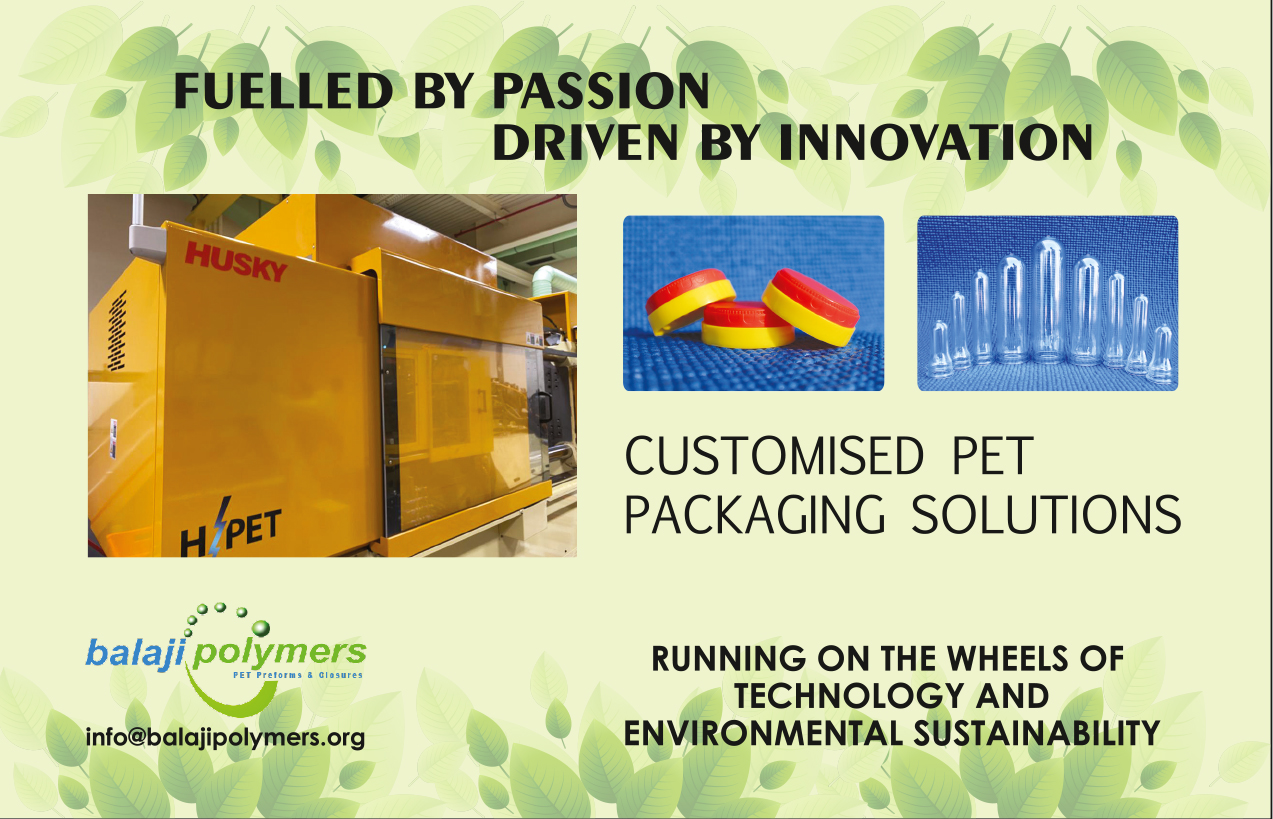 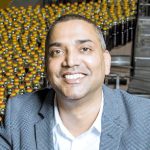