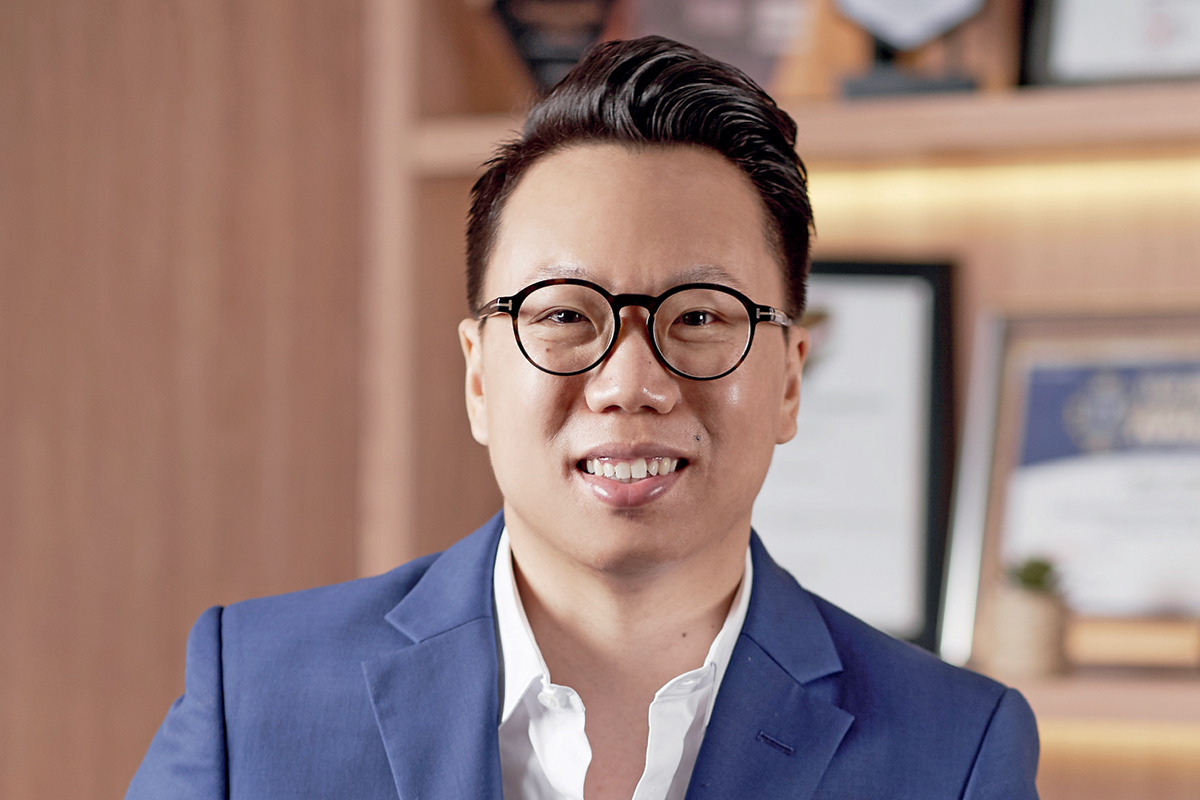 Billy Kurniawan has been in the food and drink industry for nearly a decade, so when the CEO founded Luna Boga Narayan four years ago, with four other colleagues, he was determined to do something different.

“I had a vision that when we created a new food and drink brand, it had to create a brand value. It had to have sustainability, which is very important in the food and drink industry,” says Billy.

“We invest in brands that can have a scale value. It means that these brands are not there just for a short while because of a trend; they are brands that can hold at least a 10-year life span during our investment time. So that’s one of the reasons that we jumped into Kopi Janji Jiwa, which has introduced a new coffee culture into Indonesia.”

The brand Kopi Janji Jiwa forms a personal interest for Billy, thanks to his longstanding passion for coffee. But the key difference for Janji Jiwa is an alternative to Indonesia’s coffee culture, where consumers – high or low income – hang out in cafes to socialise with friends or family.

The coffee chain provides the inverse, a “grab-and-go” coffee experience with the option to order online for faster service. It also plays into a growing trend in Indonesia, Billy says, as online food deliveries have seen growing popularity over the past three years.

Yet the economic impacts of COVID-19 have proved particularly devastating for the food and drink industry – malls, where people go to spend time, were almost all closed. Despite the fact the company’s revenues have sunk to 85%, Billy is confident that Janji Jiwa’s model means it won’t suffer the same degree of loss as other industry players.

In the face of the crisis, Billy and the team rapidly took to safeguarding the most important of the business’s assets – people. “The first thing that we put in our customers’ minds is that these times are not about fulfilling targets or maximising profits. These times are about people,” he declares.

“We need to protect our employees and protect the product they deliver to our customers. These two points are what we’ve enforced during these times to give customers peace of mind when they want to buy our products.”

We built this team from scratch and we’ve grown so much. I personally couldn’t have imagined we’d accelerate this fast.

Lending weight to these words are initiatives including disinfected workstations, the necessary protective gear and plastic-sealed products to prevent contamination.

These measures are designed to look after Janji Jiwa’s customers as well as the chain’s employees, and with 800 stores across Indonesia, that’s a lot of customers and employees to whom Billy has a responsibility.

In the coming years, that number is likely to increase, alongside sister brand Jiwa Toast, offering a product that pairs well with Kopi Janji Jiwa. Jiwa Toast adds another 80 stores across Indonesia, having started just last October.

Similarly, Kopi Janji Jiwa has expanded to its current number in just two years. In fact, last year, Janji Jiwa was declared to beat the record for “Fastest Coffee Shop Growth in One Year” by the Indonesian World Records Museum.

This growth is facilitated by a hybrid ownership model, under which Luna Boga Narayan operates 10% of these stores, with the remainder managed by partners.

With a presence in 50 cities and plans to expand to smaller cities around Indonesia, Billy hopes to see the company’s outlets hit a total of 1,300, and at a historical rate of 48 new stores a month, it’s not inconceivable.

The barrier for entry into the market is low, Billy says, so he was determined that Janji Jiwa stands out. The key to this is the way that Janji Jiwa tells its story. “Janji Jiwa has its own meaning in Indonesian,” Billy explains.

“It means ‘passion’, and refers to our passion for the coffee industry, but we’ve also created a story where Kopi Janji Jiwa can be a friend when people are doing something they’re passionate about. 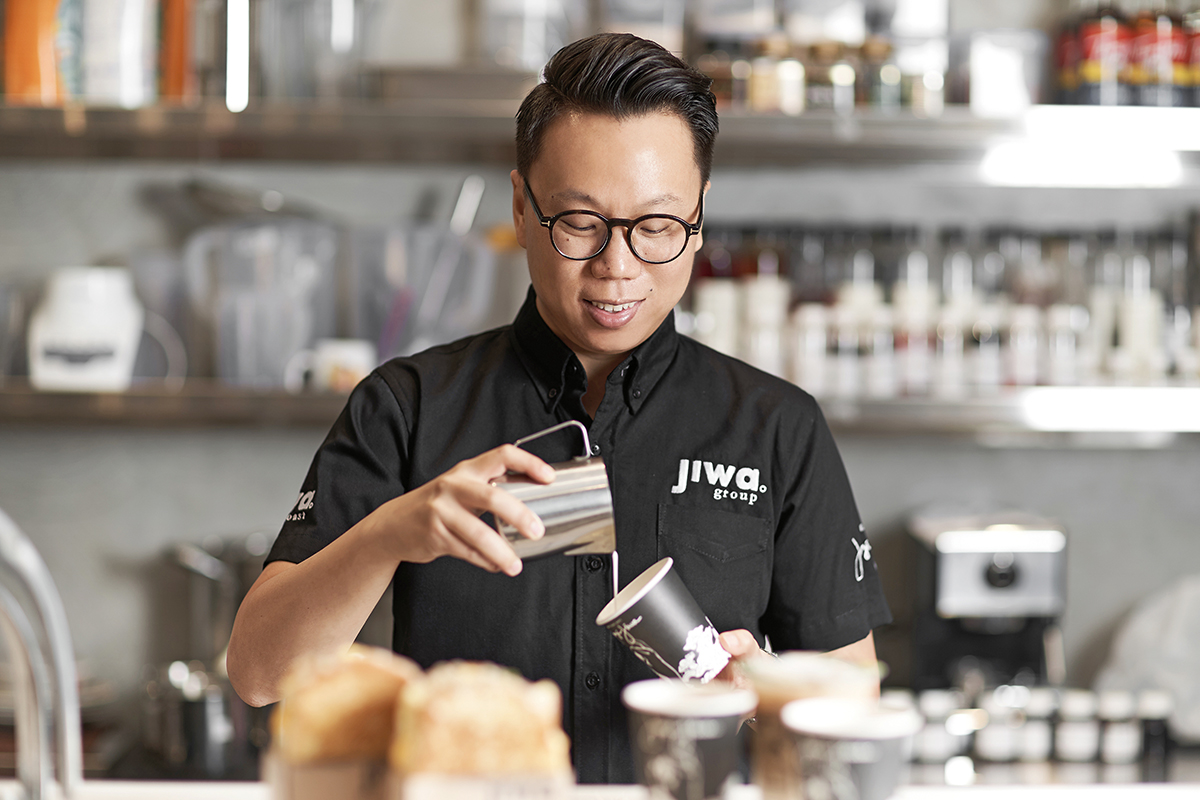 “The second part of our story is that we source our own coffee – Indonesia is one of the largest coffee producers. We go to the farmers and we buy the coffee directly from them and roast it in our own facilities. So we have a story from farm to cup that’s conveyed quite clearly to our customers, whereas our competitors usually source the coffee from other roasting companies.”

Billy ensures suppliers are large producers with plenty of experience; he says it makes it easier to keep the supply chain compliant with government regulations around human resources and safety standards. At the same time, Luna Boga Narayan collaborates with its suppliers in R&D, sharing information around new products.

“This means we are more innovative, efficient and quicker at getting the product to market,” Billy says. That emphasis on innovation is no doubt due to a culture that Billy describes as “vibrant and young”, with most of his team members being younger than 35.

It’s also an atmosphere dedicated to keeping team members motivated, encouraging buy-in and supporting workplace happiness. And this motivated young team is in the perfect industry to grow professionally; Billy says there’s a lot of room for Luna Boga Narayan to expand. “I see a lot of growth in this industry,” he predicts.

“This whole thing is just beginning. We have our own investment in technology starting soon. But the people are the most important part, because we built this team from scratch and we’ve grown so much. I personally couldn’t have imagined we’d accelerate this fast. It means we’ve been doing it right – the way we lead, the way we manage our business. All the mistakes that we’ll make and everything we are going to learn in the future is what keeps us going.” 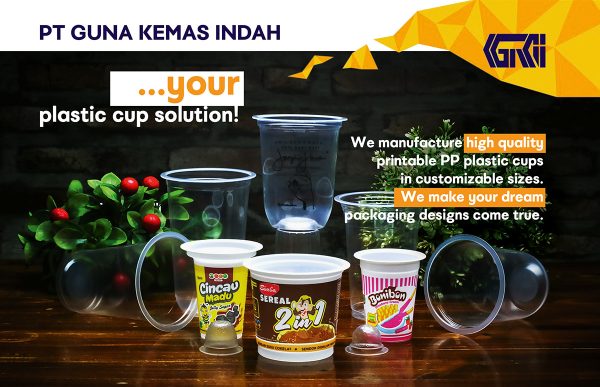