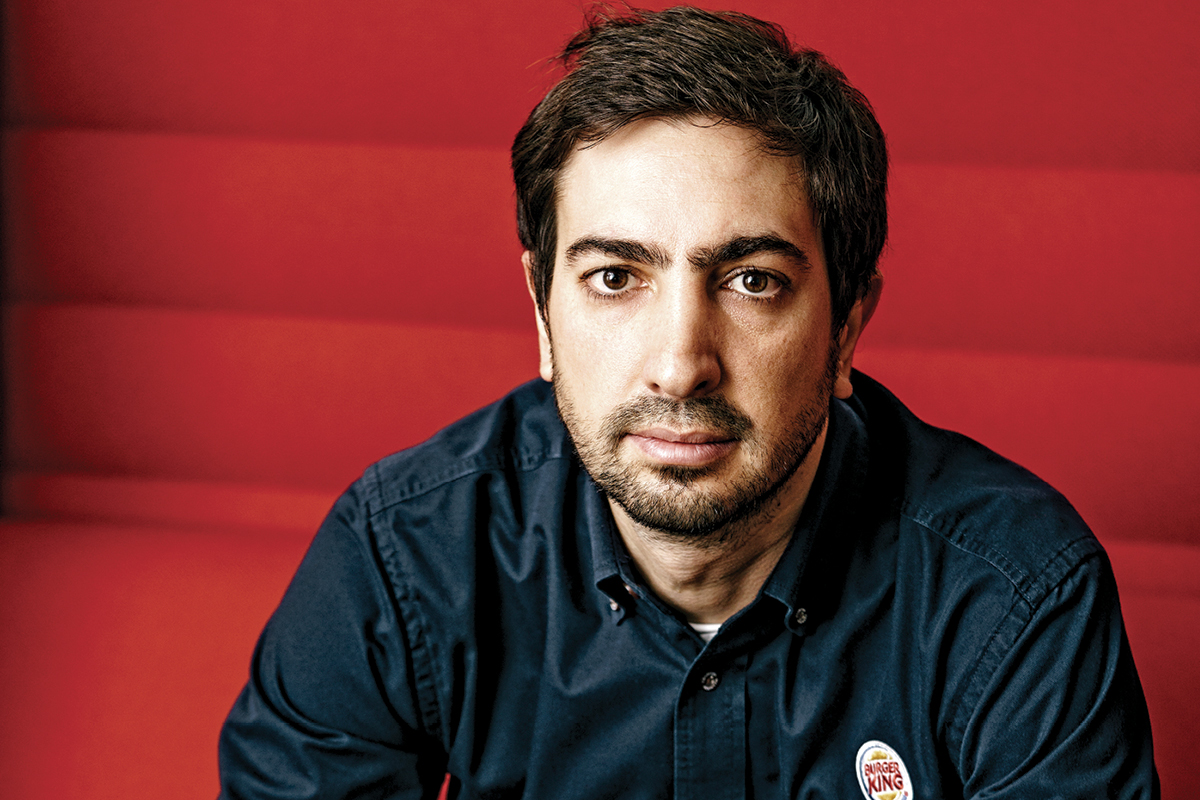 It’s no secret Carlos Baron puts his money where his mouth is. In fact, you’ll see the CEO of Germany’s Burger King tucking into one of its famous burgers two or three times a week. The burger boss admits he’s even ordered home delivery. His favourite burger? “Steakhouse,” he says. “Although I like to try different combinations. And I like to put my fries in the burger itself. A strange thing for some, I guess.”

Just as intriguing, perhaps, as finding a Brazilian, who grew up in a country not renowned for its burgers, in Germany running the second-largest burger chain in the world. Add to that the peculiarity that while the company he’s heading is relatively new, Burger King burgers have been enjoyed by Germans for more than four decades.

Carlos joined Burger King in Spain in 2013 as a senior manager in finance and supply for southern Europe and emerging markets. A year later, he moved to Switzerland as CFO and was promoted to Vice President of Central EMEA in 2016.

Meanwhile, in 2015, Burger King Europe partnered with the BAUM group to create the master franchisee, Burger King Deutschland. Carlos was appointed CEO of the new company in 2017, lured by the opportunity to market a familiar product with a fresh approach.

“It’s helped me somewhat to challenge the status quo,” he admits. “While there are many great things the company was doing, I arrived with a fresh perspective that allowed me to see things we could improve without losing the German DNA.

“It was a unique opportunity,” he adds. “It’s a very new company managing the second-largest fast food chain in the country, a brand that has been established in Germany for 40-plus years. Usually, you start in a new country and build a company from scratch, or you run an already established business.

In our case, it was both and it was this special combination that seduced me to take the role. It’s a start-up feeling, even though it’s a global brand. That’s hard to find, where else are you going to get that? It’s been a great experience for me.”

“It’s a start-up feeling, even though it’s a global brand. That’s hard to find. where else are you going to get that?”

Burger King opened its doors in Berlin in 1976, 22 years after the corporation was founded in Miami. Today, headquartered in Hanover after moving from Munich, the chain has around 720 restaurants scattered throughout the country, around half as many as market-leader McDonald’s. However, Burger King is heating up the competition with plans to open 300 new restaurants by 2023.

“Naturally, with a master franchisee we have more ambitious targets,” Carlos explains. “Since I started, there have been three main challenges. When we moved from Munich to Hanover at the beginning of 2017, we lost a lot of good people. So, my first task was to re-establish a team – not so easy as competition for finding good employees is fierce.

“Then of course there was the fact I’m not German and was still learning the language. Although I was well received by my team and all the suppliers, and could use my English to get by in business, it could sometimes be a little difficult. 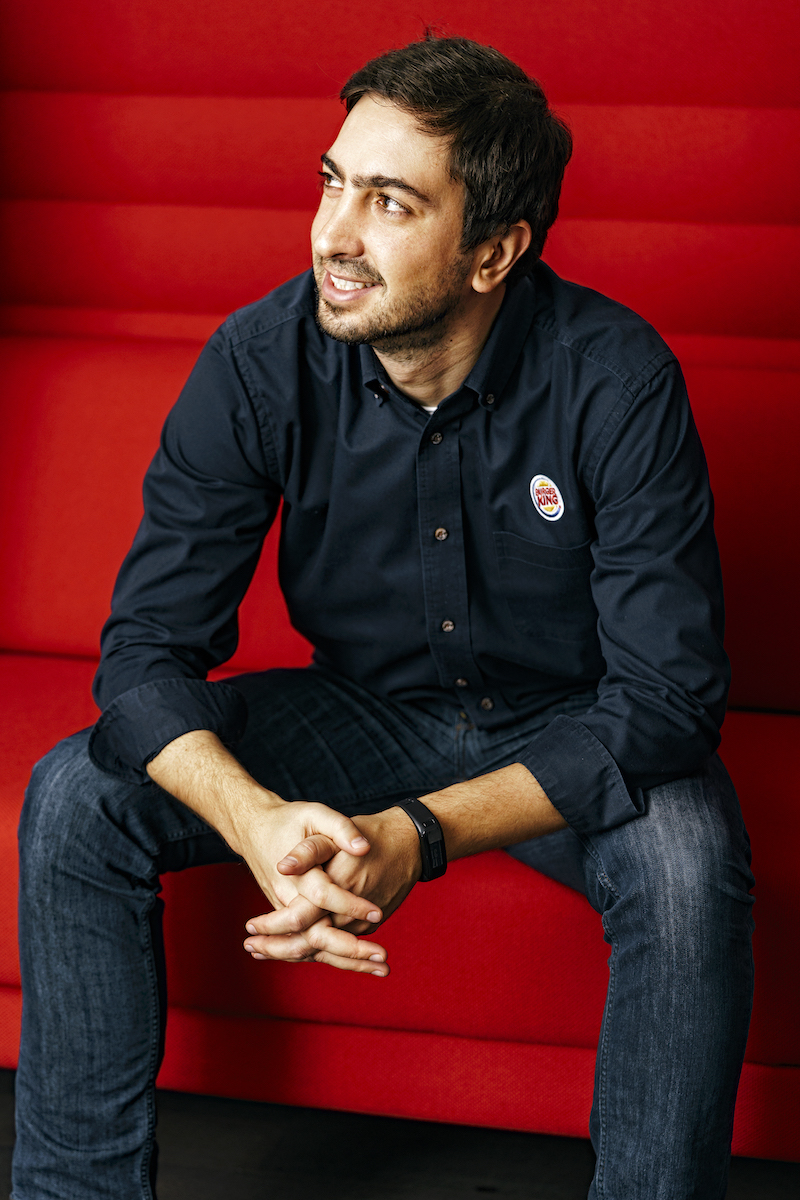 “The third challenge was competition. Of course, we have competition everywhere, but Germans are really focused on price and they have many other more traditional food outlets, like bakeries, which makes it really hard for brands like ours to succeed.”

However, satisfied with the team he’s assembled, Carlos is confident the hundreds of additional restaurants popping up in towns yet to sample the flavour and convenience of a Burger King meal will give the company the edge it needs to seriously compete. He also believes that while guests will be attracted to the fast, convenient service, they will also want a connection.

“That was something we weren’t quite getting right,” he admits. “But we’re getting there. We were the first major chain to develop home deliveries in Germany after testing the concept in 2015. We have around 200 restaurants delivering now and it’s a trend we will expand.

In fact, it’s really our business model today, bringing an additional point of convenience to our guests. That’s really important.

“But there’s more we need to do,” he says. “It’s one thing to be a convenient eatery serving fast food. We want our guests to enjoy the experience every time they come to a Burger King, whether they are taking away food, or dining in with us.

“Our plan is to have self-serve kiosks in about 30% of our restaurants by the end of 2019. We were one of the first major chains in Germany to offer a vegetarian burger. We did that many years ago and are investing more to offer even more varieties of salads, burgers, fries and other foods.

“We introduced the Grilled Dog to Europe – an 100% beef hot dog, launched here in Germany. There was also the Chili Cheese Grilled Dog, both flame grilled, like our burgers. They were extremely successful and we still bring back the promotion a couple of times a year.”

As far as convincing parents that Burger King can be a healthy meal option, Carlos believes the flame-grilled cooking method and the fact that no ingredients contain additives provide sensible choices.

“We are serving exactly what you would at home,” he explains. “We offer 100-per-cent beef, flame grilled, not fried. We have the edge in taste; the flavour of a flame-grilled burger is definitely different. Meanwhile, our onions, tomatoes and salads are cut every day, so our ingredients are fresh.

Of course, you can enjoy our burgers with fries and a soft drink if you like. I believe a treat every now and then is fine.” 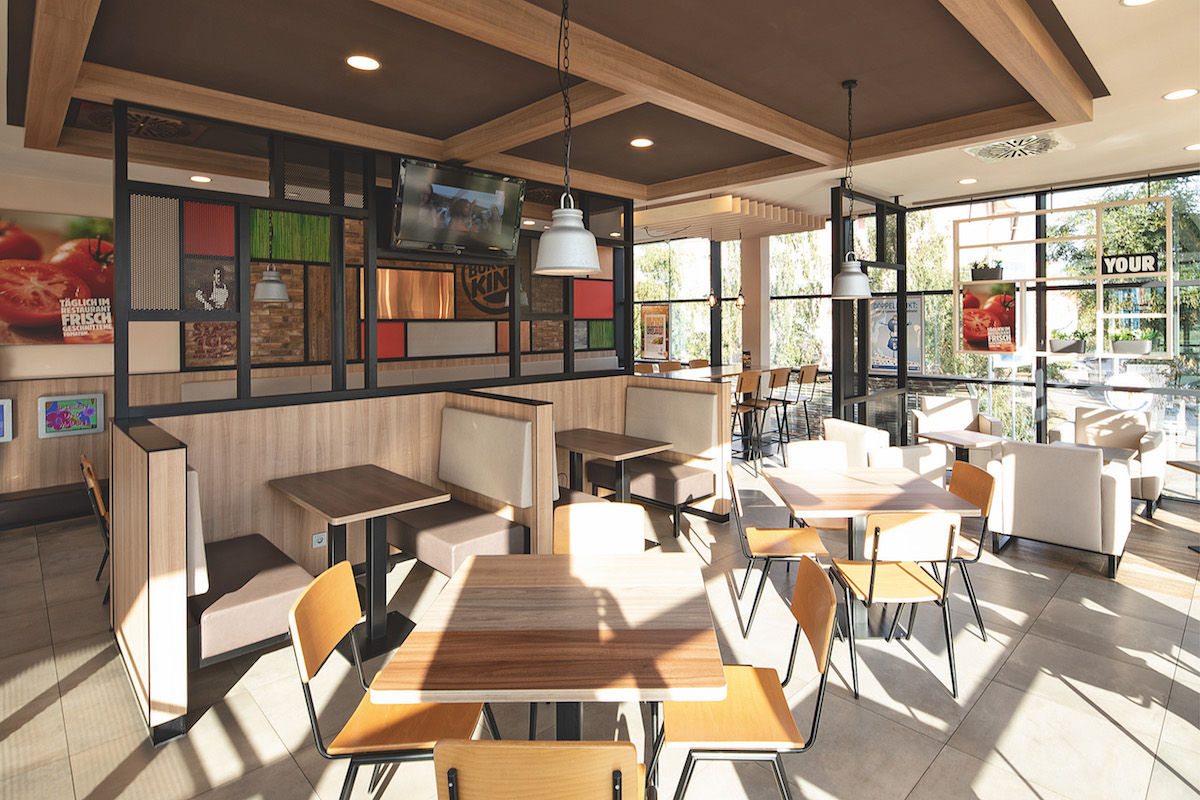 Carlos completed a Master of Business Administration and a Bachelor of Science and Economics. He began working at the age of 20 as a financial intern at America Latina Logistica in Brazil where he spent nearly seven years working across all areas of finance.

“It was very ambitious,” he reflects. “I think Brazilians start shaping themselves for their careers quite young, and always with companies that have great targets, that want to grow a lot, that push us
to be our best.

“At the logistics company, I was under a lot of pressure to work with investors and all areas of finance. I saw many different things and experienced many different types of business. Being exposed to that variety shaped me to become what I am today. It also gave me the resources to adapt to all situations.”

While building his team in Germany, and indeed looking ahead at recruiting more senior staff as the company expands, Carlos falls back on some sound advice he heard years before.

“Always hire people better than yourself,” he says. “This is so true. When you finally get to the top of the chain you need good teams because the better they are, the more successful you’ll be. It’s a philosophy I try to put into practice every time I am looking for someone to join our company.” 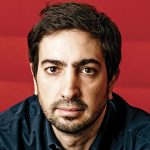