I never dreamed we would be this successful: Chandubhai Virani Balaji, in Hinduism, represents the vigraha Hanumanji (or Bajrangbali). One might wonder why Co-Founder and Managing Director Chandubhai Virani picked the name for one of India’s most successful snack companies, Balaji Wafers.

For the answer, you’d have to go back to the 1970s, when Chandubhai moved from a small village in rural Gujarat to Rajkot, the state’s fourth-largest city.

Once he’d settled in Rajkot, Chandubhai set to entrepreneurship quickly alongside his two brothers and co-founders Bhikhubhai and Kanubhai, using the INR20,000 their father gave them, after drought had forced him to sell their land.

However, the trio’s first venture, dealing in fertiliser and farm implements, failed and they had to take up work at Astron Cinema, where Chandubhai’s duties included serving customers in the canteen. After some time, the brothers were put in charge of the canteen, and that’s where the first Balaji wafers were born. The then-homemade wafers took their name from a temple located in the cinema’s premises.

Fast-forward to the current day and Balaji Wafers is a company with revenues of about INR2,000 crore and it’s keeping pace with industry giants – an impressive feat for a business that began with delivering products via moped. Nevertheless, persistence has marked the entire history of the company.

“I started making potato wafers with minimal investment in the compound of my house,” Chandubhai recalls. “I never dreamed Balaji Wafers would be this successful. My motto was to serve the customers and give them best-quality products at an affordable price. And now we are the largest regional potato wafers and snacks brand in the western states of India, including Gujarat, Maharashtra, Rajasthan, Madhya Pradesh and Goa.”

“My motto is to serve the customers and give them best-quality products at an affordable price.”

Early on, Chandubhai had difficulty in sourcing quality ingredients, due to the small scale of the enterprise. As Balaji grew, it became easier to access partners that would best suit the manufacturer, but through the journey Chandubhai never forgot the necessity for mutual respect and commitment.

Over the years, he continued to build up these relationships, aware that the accumulation of a trusted supplier network isn’t something that happens overnight. Much like its vendor network, Balaji’s suppliers need nurturing and Chandubhai believes they’re all essential to the company’s good fortunes, regardless of their size or what they provide to Balaji. 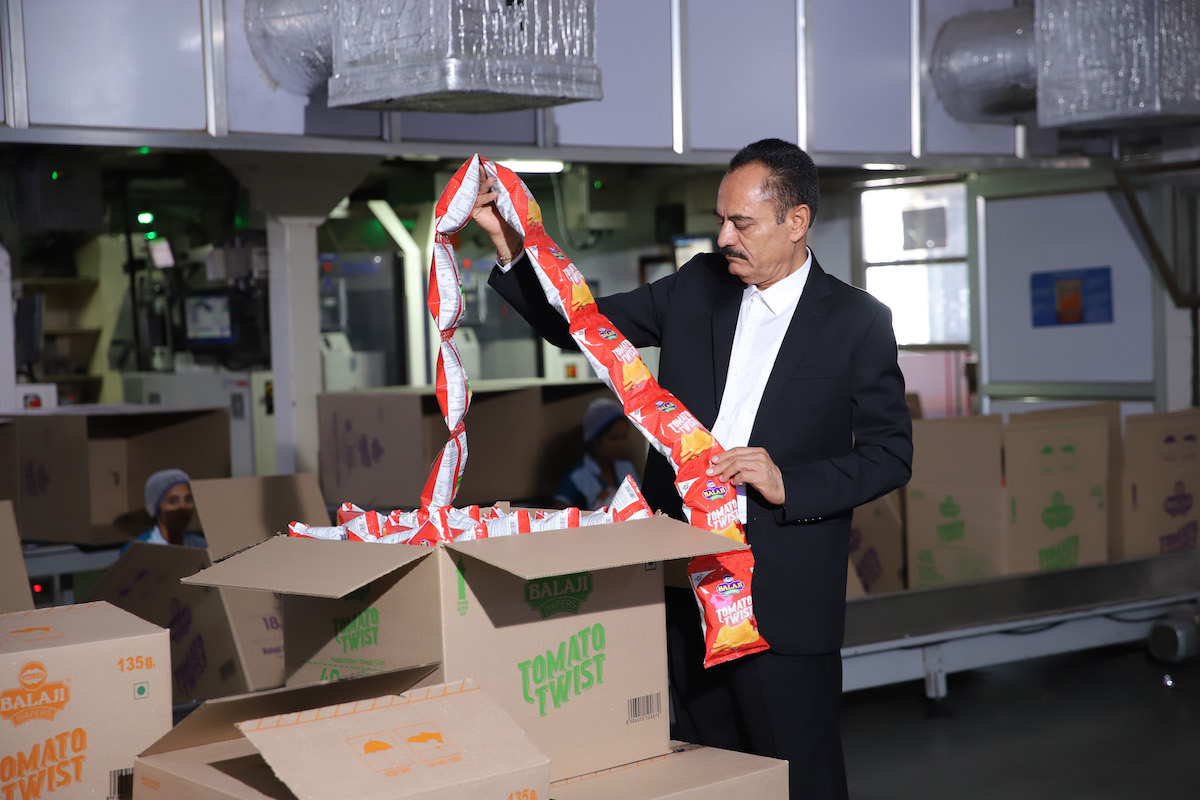 Another reason for Balaji’s success is its ability to cater for the variations within its (comparatively) small regional market. To the Gujarat market, Balaji offers masala wafers, while Maharashtra is offered chaat masala-based snacks. Meanwhile, spicier snacks are available for customers in Rajasthan. It’s a testament to Balaji’s keen understanding of the local markets in which it operates.

Chandubhai believes the company’s market insights extend beyond regional customisation. “Balaji has managed to build a strong business,” he says.

“We understand volume, analyse consumer preferences and always stick to the basics. We’re a leader in the snacks category and with the increasing demand for instant noodles, we’re looking to excel in this segment too, having already introduced one product line. Also, we always ensure we use state-of-the-art technology to assure good-quality products.”

But the company’s skills in producing snacks specific to different regions doesn’t mean it is content to remain focused on western India.

Given Balaji already owns a large share of the wafer and namkeen (savoury) market in Gujarat, geographical expansion is essential. The increased production capacity could enable Balaji’s products to reach Delhi, India’s second most populous city.

Chandubhai believes Balaji’s strengths stem from its origins as a small business; that little drops of water make a mighty ocean.

The countless little lessons he’s picked up throughout his career – from understanding consumers, to product development, to process and supply chain management – have enabled Balaji to deliver the best products in the market.

That philosophy also holds true for its distribution network (comprising hundreds of diverse dealers), as well as the company’s advertising strategy, which largely relies on word of mouth. There are no large billboards, movie tie-ins or Bollywood brand ambassadors, but Balaji has nevertheless fought off competition from larger market players.

In fact, it’s exceeded in sales only by two other players in the market – one which is more than twice as old as Balaji and the other a vast multinational. Balaji’s success in the market is therefore an impressive feat, especially when one considers its humble origins.

1974- The company takes its first steps as a micro-retail business, born out of the canteen at Rajkot’s Astron Cinema.

1982 – Balaji Wafers becomes a full-fledged home manufacturing venture, due to the short supply of its product.

1992 – Balaji opens its first international standard automatic plant in Gujarat. The wafers are no longer manufactured in the Virani home.

2000 – The company’s first totally automatic potato crisp plant is opened, the first in Gujarat. A second one is completed by 2008.

2014 – After 30 years in the business, Balaji Wafers becomes a leading snacks player in Gujarat.

2016 – The company opens its third plant in Indore, Madhya Pradesh.

For the once-tiny wafer maker, it’s clear the only direction to go is nationwide. Diversification and adapting existing products are just as central to Balaji’s plans for expansion, as adapting to change is essential for the survival of any business.

“We believe in evolving as per the changes in the market and we’ve recently changed our packaging to reflect that,” Chandubhai says. “This was the need of the hour as we plan to transform our regional player image to that of a national player by ensuring attractive packaging and engaging customers over the digital platform.”

Though Balaji has never pressured or demanded its dealers and vendors to maintain their quality, the company remains driven to offer better services, quality products and attractive packaging.

To this end, Chandubhai ensures he visits the office daily and tours the 85,000-square-metre plant in Rajkot, offering whatever suggestions are necessary. He’s not too controlling though; Chandubhai believes the new generation will help drive the next level of growth and innovation.

That new generation includes the younger Viranis, Chandubhai’s son and nephews. Balaji remains fundamentally a family-run business despite its enormous growth. In fact, the Viranis maintain a familial atmosphere, regularly having home-cooked Gujarati lunches at the company’s headquarters.

Though the younger Viranis are focused on pursuing the dream of a national brand, they still have time for advice from their elders. 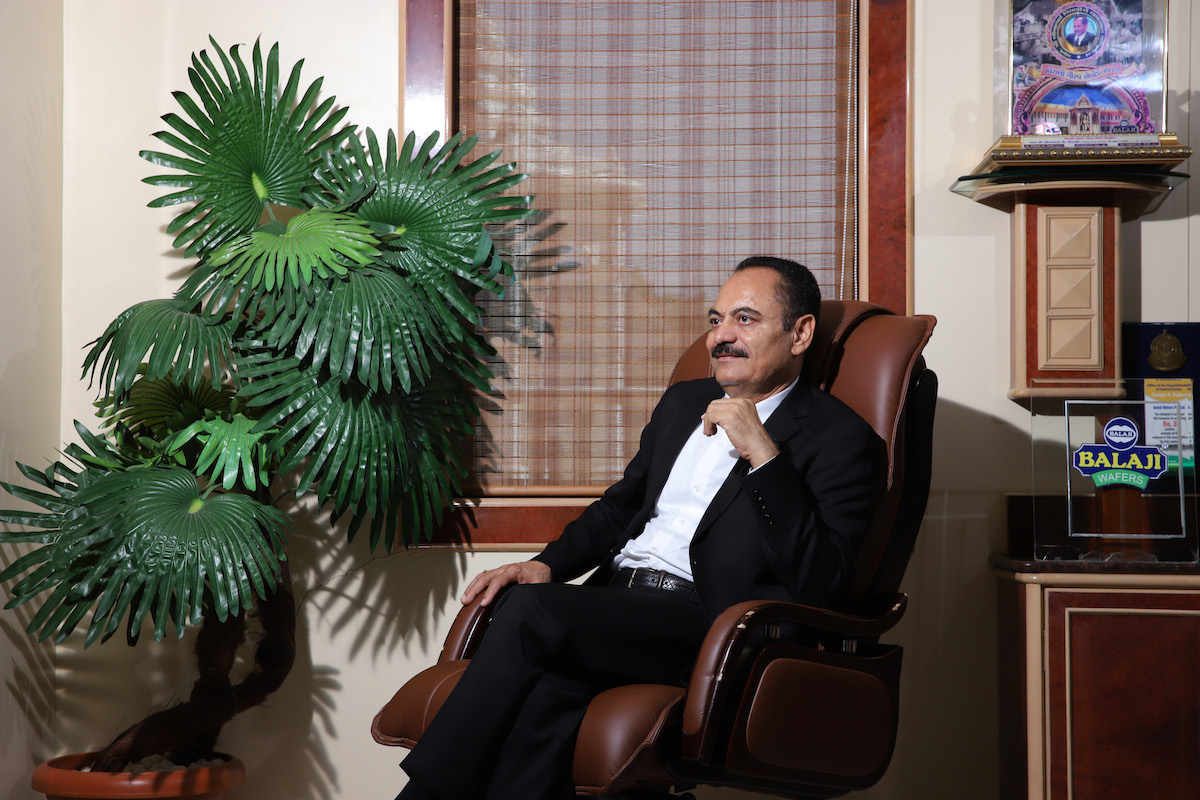 Having been an entrepreneur from a young age, Chandubhai has a wealth of knowledge for the rising stars of the business world. “When I first started the business, I faced a lot of criticism and was mocked by many,” he says.

“Now, they all want to know the secret of my success. Success depends on knowledge, experience and, most importantly, failure. Since I fell so badly and repeatedly, I eventually began to learn new things that we implemented.”

“Success is dependent on knowledge, experience and, most importantly, failure.”

Even among the wider business community, Balaji Wafers is held up as an example of how to manage day-to-day business operations. Chandubhai is often invited to speak at business schools and multinational corporations to share his story.

He has no intention of whitewashing the difficulty of the experience as a blithe attitude can jeopardise business growth. “People want to reap the benefits of mangoes when they have sown tomatoes,” Chandubhai says. “So, instead of climbing the ladder step by step, they jump and adopt tactics that might not be fruitful.”

The biggest lesson he wants to convey is the importance of adaptability; change is the one constant and Balaji has only survived through its responsiveness to change. But Chandubhai is quick to remind others that even though the path of entrepreneurship is challenging, it’s far from impossible. 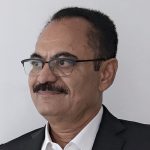