There are two things Charles Rossi relies on in his role as CEO of Suntory Garuda Beverage (SGB). The first is the company’s passionate conviction to always ‘go for it’. The second is a good mood. A strawberry one, in fact.

To be clear, Good Mood is indeed an SGB beverage, although reportedly its burst of flavour, whether in blackcurrant, orange, strawberry, lemon and honey, or yoghurt, does help to lighten one’s disposition.

Charles should know, because it’s a safe bet that a bottle of Good Mood is always within reach on his desk. “Consumer focus groups came up with the name,” Charles explains. “When they tasted the product they said, ‘Wow, this is something nice and it puts me in a good mood.’ My favourite is strawberry. I love it.”

SGB, based in Jakarta, is an alliance between Japanese company Suntory and Indonesia’s Garudafood. This joint venture between food and beverage companies in 2011 offered clear advantages to both.

Suntory was able to access a population of more than 268 million in one of the world’s fastest growing markets, while Garudafood benefited from Suntory’s world-renowned expertise as a manufacturer of beverages, food and health products.

The business has grown to become one of Indonesia’s leading non-alcoholic beverage companies, with innovative beverages using less sugar and more natural ingredients. With eight manufacturing facilities across Indonesia, SGB offers a range of beverages to not only suit varying tastes but different budgets.

“Our main brand is called OKKY, available in cups and originally offered in 2003 as an affordable drinkable jelly to attract students and a younger market,” Charles explains.

“Since then we’ve introduced OKKY Koko in various flavours. Then we have MYTEA, released in 2013 and containing OTPP, a natural ingredient extracted from oolong tea leaves and offering a healthier lifestyle, and Mountea, a specialty Indonesian tea and various flavoured teas made from fresh fruit in cups.”

Good Mood, a premium product launched in 2017, is water infused with fruit; simple, natural goodness containing no artificial colours or sweeteners. Deceptively, the product is clear, with fruity flavours becoming apparent at the first sip.

Although the concept was produced from cutting-edge Japanese Suntory technology, the drink was developed in Indonesia to cater to local tastes. “It’s a fantastic product and has become very, very successful,” Charles enthuses.

“We’ve got such a big following that a television ad for the product recently placed on YouTube got 80 million views. Consumers are really mesmerised by it because it’s clear like water, yet tastes so different. Even the yoghurt flavour is clear, which is quite strange because normally yoghurt is very cloudy, right?”

We are totally committed to sustainable recycling programs and ensuring our products don’t end up in our rivers and oceans.

Charles began his career with Coca-Cola, spending 30 years with the juggernaut working in South Africa, South Korea, Papua New Guinea and Indonesia. “It was great,” he recalls.

“I learned so much in various roles and got to see the world. In 2012, I was offered an early retirement package. I was working in a non-beverage industry early in 2016 when I got a call from a headhunter about joining Suntory Garuda as Sales and Marketing Director. Two years later, I was promoted to CEO.”

He says without a national system where plastic is collected and recycled, the company is relying on education, infrastructure and partnerships to facilitate better waste management.

In 2004, Suntory launched the Mizuiku program to teach the younger generation the vital role water plays in everyday life. Mizu, meaning water, and iku meaning education, inspires students to recycle as a means of protecting waterways from plastic, an initiative Suntory Garuda has eagerly embraced.

“We are totally committed to sustainable recycling programs and ensuring our products don’t end up in our rivers and oceans,” Charles says. “Our bottles used for MYTEA and Good Mood products are the world’s lightest hot-fill PET bottles, which means they recycle quite easily and our pallets used at most of our SGB factories are all made from recycled plastic.”

For Charles, recycling is almost personal as he and his family – wife Susan and children Nicole and Justin – are huge fans of travelling, in particular to spend vacations by the sea, a love he developed while growing up in South Africa with his Italian father and Scottish mother.

“I believe in work–life balance, and although I am in the office early, I normally try to get home to have dinner with my family and spend time with the children. Both my kids are involved in acting and television commercials, but Nicole takes acting more seriously than Justin. She’s just completed her fifth movie, which will be screened later this year, and she is also a singer and ballet dancer. It’s a nice distraction.”

It was Suntory Garuda’s own family-like culture that attracted Charles to the company. Having come from Coca-Cola, he was surprised at how quickly decisions could be made, enjoying a greater sense of informality in which multitudes of approvals weren’t needed to get things done.

Yet, while Charles admits the culture is more relaxed, it is driven by a strong sense of determination. At the forefront is the favourite quote of Suntory’s Founder, Shinjiro Torii: “Yatte Minahare.”

“It means to never give up, don’t be afraid, really go for it,” Charles explains. “Failure is an option, but fear is not. At Suntory Garuda, we’re not afraid to make mistakes, to revamp something, to make it work. We never give up. We will do it.” 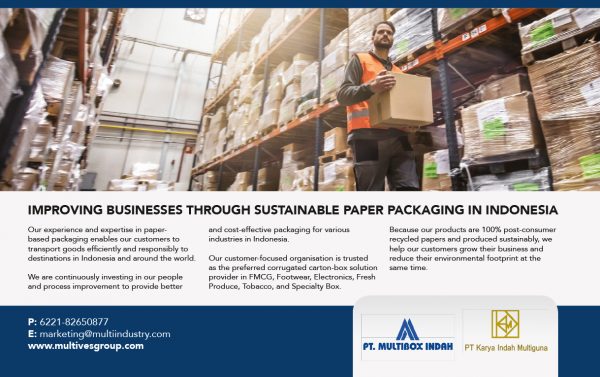