“Everything we do, it really is unique”: Chas Geschke While there are many paths to becoming CEO, Chas Geschke’s is definitely unique. Growing up in a small Australian country town, he is now the CEO of Hanuman Beverages in Cambodia, introducing quality beers to a very new audience.

He arrived there after spending years working in the hospitality industry in Melbourne, Victoria, the timber industry in New South Wales, and the first cider and spring water companies in Cambodia. “I made some connections while travelling and decided to move to Cambodia,” he explains of his new home.

“I became Managing Director of the first cider company in South-East Asia. We set that up to distribute the product throughout Cambodia and regionally, building up to five or six countries from there.

As for his latest role, Chas was approached by Hanuman Beverages and, after meeting the Chairwoman and seeing her vision for the company, he decided he wanted to help her achieve it. “She has a really different way of looking at things and is very open to outside-of-the-box thinking,” he explains.

“Most of the companies entering into our market are very conservative in their approach, but with us, everything we do is unique. It’s very exciting. There are so many different opportunities ahead.”

Like the rest of the world, Cambodia is gradually becoming more sophisticated in its consumption of alcoholic beverages. “People are now after better quality and stronger tastes. They are more adventurous in their drinking,” Chas reflects.

We’re not here to simply exist. We want to establish ourselves as the benchmark of quality.

“We’ve definitely seen it in the region; wine has experienced a significant growth, and now we’re starting to see that growth with other beverages as well.” And Hanuman is right at the forefront of that trend. “We’re not here to simply exist,” he insists.

“We want to establish ourselves as the benchmark of quality in the Cambodian beverage market, becoming the industry leader in innovation as the champions of change, continually setting new standards. So we’ve invested significantly in building our own distribution networks across the country, which is a very different approach than that of our competitors.

“There is also our brewery complex, which goes far beyond the norms of being a functional brewery. We’ve listened to the results of trade and consumer research that we’ve conducted, and we can see that there is a major gap between what people can get versus what they want.”

The brewery that Chas refers to is the Hanuman brewery in Kandal, and it is being seen as a game-changer for the industry in Cambodia. “We’ve sourced the best equipment available today from top suppliers and also put a major investment into our entire complex, including having the first butterfly mash filter of its type in the world,” he says. 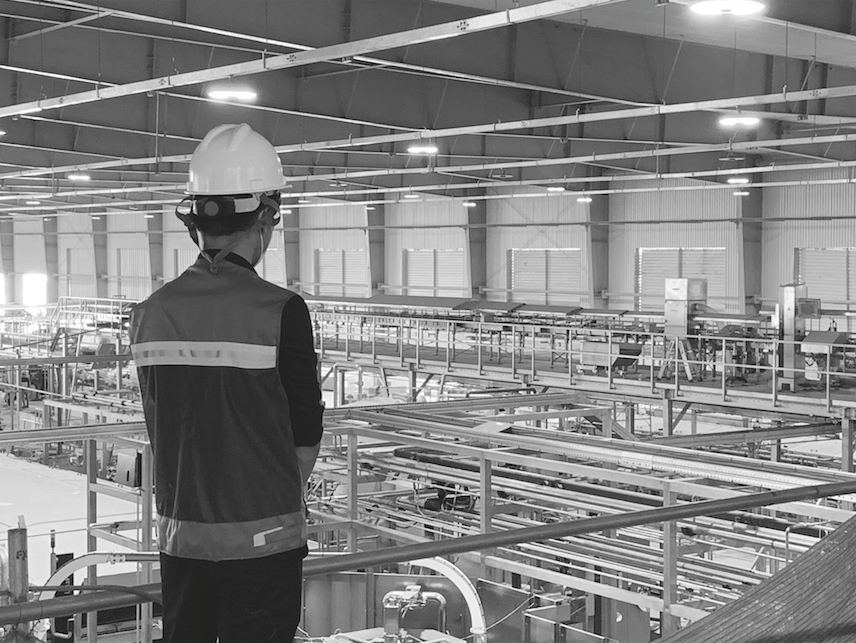 “It’s becoming a tourism attraction in its own right for both local and international tourists.” The complex will feature a full commercial area with shops and cafes for the public to openly go in and enjoy.

The company has also invested in a large and very unique beer garden, which presents an opportunity for people to pop in and be among the first to try its beverage ranges. More than just a benefit for its patrons, according to Chas, the complex is equally as important for the employees.

“We understand that our employees are critical. So we’ve further invested significantly to build our entire complex with them in mind, creating large private spaces outdoors and indoors for them to enjoy.” And as for the brewery itself, well, it’s far from standard. “It’s truly an architectural masterpiece,” Chas says proudly.

“The purpose is to showcase our commitment to quality, and the design will see it become a very recognisable landmark in Cambodia. By doing this, we’re taking the lead and investing not only in our brands but also in the long-term vision of the company. This will be the preferred place for employment in Cambodia and make it a gamechanger in that way.”

Being an Australian working in Cambodia has been a big challenge for Chas. The way people communicate is different there. It’s like a whole new world with different values and approaches altogether. 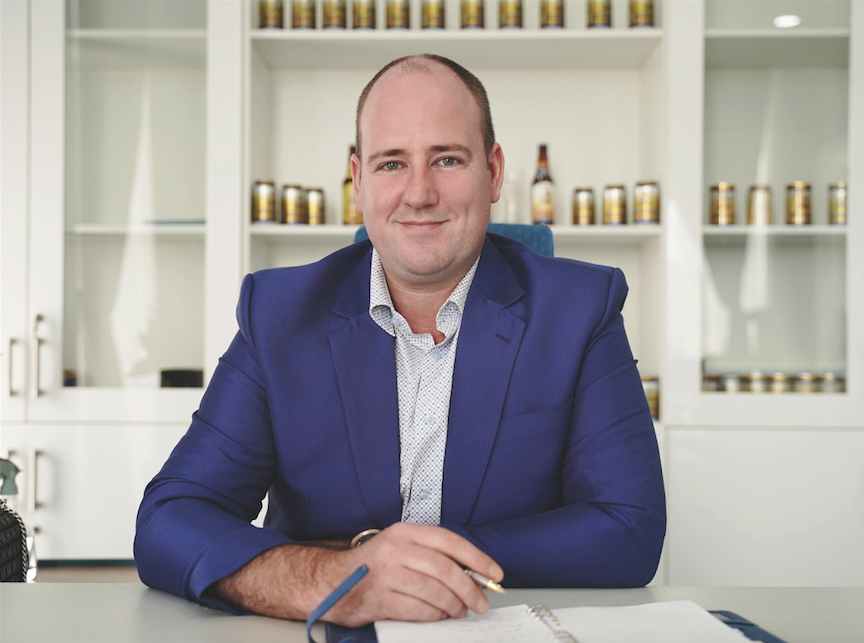 “Operating a business and managing employees; it’s a very different platform here. Honestly, it has taken me many years to get it right,” he admits. “To be successful, you have to show everyone respect. So I give all employees down the line the respect they deserve, and I expect them to do the same for their peers.”

This approach tallies perfectly with the culture Chas now works in. “Culture is very important,” he says. “As we like to put it, it’s a bit of a ‘Hanuman way’ for us. We’re very heavily focused on building the right team with the right attitudes and basically creating a culture where not only the current employees can play a key role, but that will also inspire other people to want to be with Hanuman.”

Along with building and maintaining culture, the future at Hanuman involves establishing and investing heavily into building its own distribution networks – something Chas has great experience in.

This is to set up the company for the long-term and allow for product expansion without the reliance on third parties to get the products out there. Marketing and branding is Chas’s other priority.

“I’ve really taken our marketing away from just touting the functional benefits of a product,” he says. “We’re trying to focus more on the consumers and reaching an emotional connection with them.”

Launching products, marketing them and distributing them – it’s a path that Chas has taken before and, this time, he is more excited about it than ever.