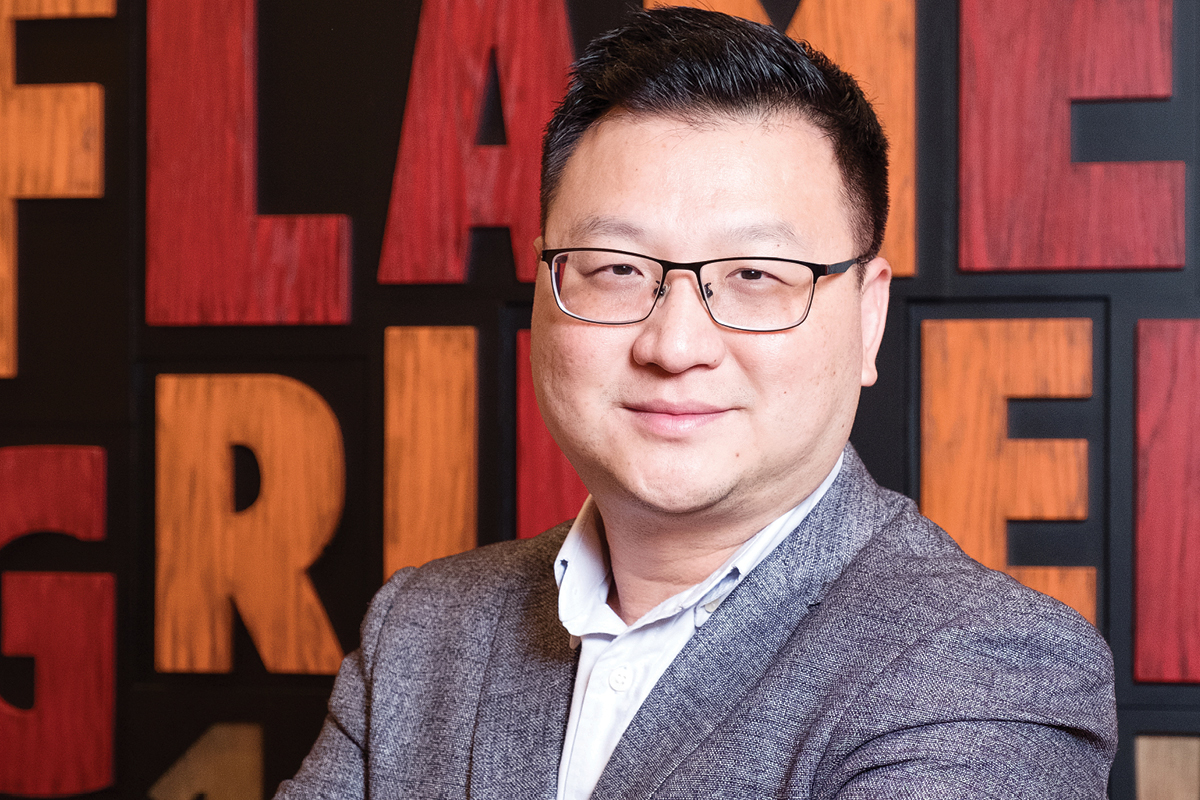 Goh Chin Hou had spent several years working abroad when he decided to return to Singapore in 2016. He’d worked in China for a few years, followed by nearly four years in senior management positions at Burger King Vietnam and Taiwan. He was ready to go home and was prepared to hand in his resignation.

However, Restaurant Brands International Inc (RBI) wasn’t going to let him go that easily. “I was General Manager at Burger King Taiwan, but after almost three years there, I decided it was time to come home,” Chin Hou recalls.

“I’d been spending too much time travelling overseas, and prior to Burger King, I was also at Starbucks China. So I felt like home was calling. But RBI went, ‘Man, this guy is going to go back to Singapore. Let’s not lose him. Let’s try to see whether we can put him in another position.’”

They decided to introduce Chin Hou to Lee Thiam Wah, the franchise owner for Burger King Singapore and Malaysia. “So we met up and, after talking to him, I developed an understanding of the challenges the team was facing, the kind of leadership they needed, and what would be expected of me,” Chin Hou says. “That’s when I decided to join Burger King Singapore and take on the role of General Manager.”

Chin Hou soon realised the fact that he was born and raised in Singapore gave him a distinct advantage in his new role, which would help him grow the business. “I think one of the strengths I bring is that I’m a local boy, but I have international experience. So I want to use that knowledge and experience to lead and build the local team to encourage them to live a bigger dream,” he explains, adding that their goal is to “think bigger, dream bigger”.

“One of the strengths I bring is that I’m a local boy, but I have international experience.”

Founded in 1954, Burger King is the world’s second-largest fast-food hamburger chain. Each day, more than 11 million people around the world dine at Burger King.

Chin Hou concedes that the fast-food giant was late to the market in Singapore, with the first store opening in 1982. “Burger King hasn’t been here for very long compared with other fast-food chains, but we now have a robust plan for investing in new sites.” A shortage of vacant retail space in Singapore poses a challenge; however, Chin Hou is determined to continue growing the business. “Good location availability is limiting us from growing faster, but we do want to improve our accessibility in Singapore,” he says. “This means we need to build more stores and have more customer touchpoints.

“I intend to significantly grow the number of restaurants by about five to eight annually. This exceeds RBI’s global target for Singapore, and especially its expectations of a ‘small’ market like Singapore. But I believe we can do it. We had about 35 stores here when I first started and we celebrated a very significant milestone by having our 50th store launch this year.”

“We celebrated a very significant milestone by having our 50th store launch this year.”

According to Chin Hou, Burger King’s strength lies in the quality of the food they serve, particularly in comparison with many other fast-food chains. “Flame-grilled is our competitive difference and advantage,” he says. “Our key competitors mostly clamshell grill or deep-fry, but our meat patties really are flame-grilled.”

Worldwide, Burger King is committed to serving flame-grilled burgers “using real fire like you do in your backyard”. Additionally, the meat patties are made using 100% beef with “no fillers, no preservatives, no nonsense”.

The company also uses tomatoes and onions that are freshly cut in its restaurants every day, plus every Whopper burger is freshly made to order. Burger King’s commitment to using quality ingredients extends to the suppliers it chooses to work with.

Burger King has also worked closely with its suppliers to develop specialised products for the Singapore market. “We have had a lot of success with our Taste of Singapore products, such as our rendang and Hainanese chicken burgers,” Chin Hou says. “We also have a taro pie and we recently launched a limited-edition teh tarik pie, which sold out beyond our expectations.”

“When we list the ingredients in our products, we want them to be as natural as possible, so we have strict standards of food quality,” Chin Hou explains. “This means no artificial flavours, no artificial colouring and no preservatives. I believe this will be our differentiator moving ahead.

“Obviously, we need the help of our vendors to achieve this, so this is testament to the strong partnerships we have with them. They are willing to go on the long journey with us.

“For example, to create our buns with no preservatives, they have to use vinegar. This is almost unthinkable in mass food production, so it shows the kind of strong partnerships and support we have established.”

Recognising the need to keep up with the latest trends in technology, Burger King Singapore recently sought the assistance of technology vendors to launch a new smartphone app, which lets customers place home delivery orders and also receive rewards.

“I’m not a gen Z, but I know how gen Zs work,” he says. “So we have a team called Digital Transformation, specifically to drive tech. Previously, we never really invested in technology. For example, when I took over, Burger King just had a regular Facebook page and website, but not much else.

“But we have since seen that we need to work with strong partners and vendors to help us in this area. So we have very good tech partners who recently came on board with us. We have launched an app, which is getting a lot of positive feedback. Without their support, our app would not be successful. So that’s another area that shows the importance of building these strategic partnerships with suppliers and vendors.”

Reflecting on his leadership style, Chin Hou says he’s a strong believer in being a role model and mentor to his team. “I think that the good thing about my position and the role I play is that I’m like a mentor to my staff,” he notes.

Cutting down on plastic

In an attempt to reduce Burger King Singapore’s environmental impact, the fast-food chain no longer provides dine-in customers with plastic straws and lids for their cold drinks. Under the intiative, which was announced in October last year, plastic straws and lids are still provided for takeaway orders, but dine-in customers who require straws, such as families with young children, will need to request them if needed.
When announcing the change, Burger King said it was joining “the initiative to stay green” and encouraged its customers to “go green with them”. The company hoped the move would make its customers reconsider whether they really needed straws and lids. Prior to this, Burger King Singapore used 14.7 tonnes of plastic lids and straws annually. “It may seem like a drop in the ocean, but when more organisations adopt the initiative, we believe that it will send a positive signal to the community and we hope that eventually ripples turn to waves,” Chin Hou said at the time.
In 2017, Burger King Singapore also reduced its environmental impact by replacing its trayliners with FSC-certified paper.

“I have a big focus on people development, even as the business grows. We started off on a scale that was not too big and manageable. But because we maintain the core strength of the leadership team as we grow and evolve further, we are expanding and taking more people under our wings and growing them in their professional career. Our people culture is very important to the business.”

As Chin Hou looks to the future, he is excited by the possibilities of what he and his team can achieve. “There are challenges that we have conquered and Burger King is going from strength to strength. This is all because of the commitment of our team, who have adopted a good balance between heart and brains,” he says.

“You need to be true and passionate about what you want to do. So it’s only by living and breathing the dream that you are able to deliver results.” 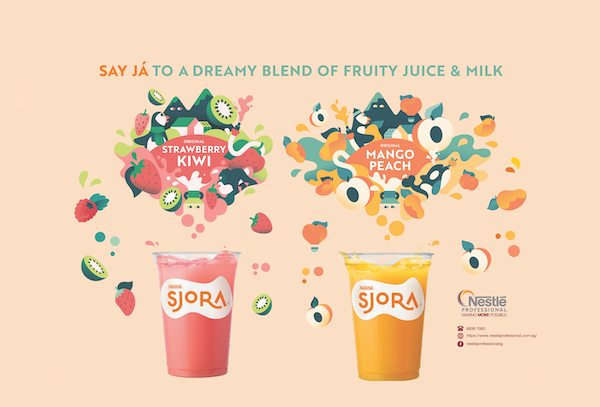