The fruits of success: Cristina Forner 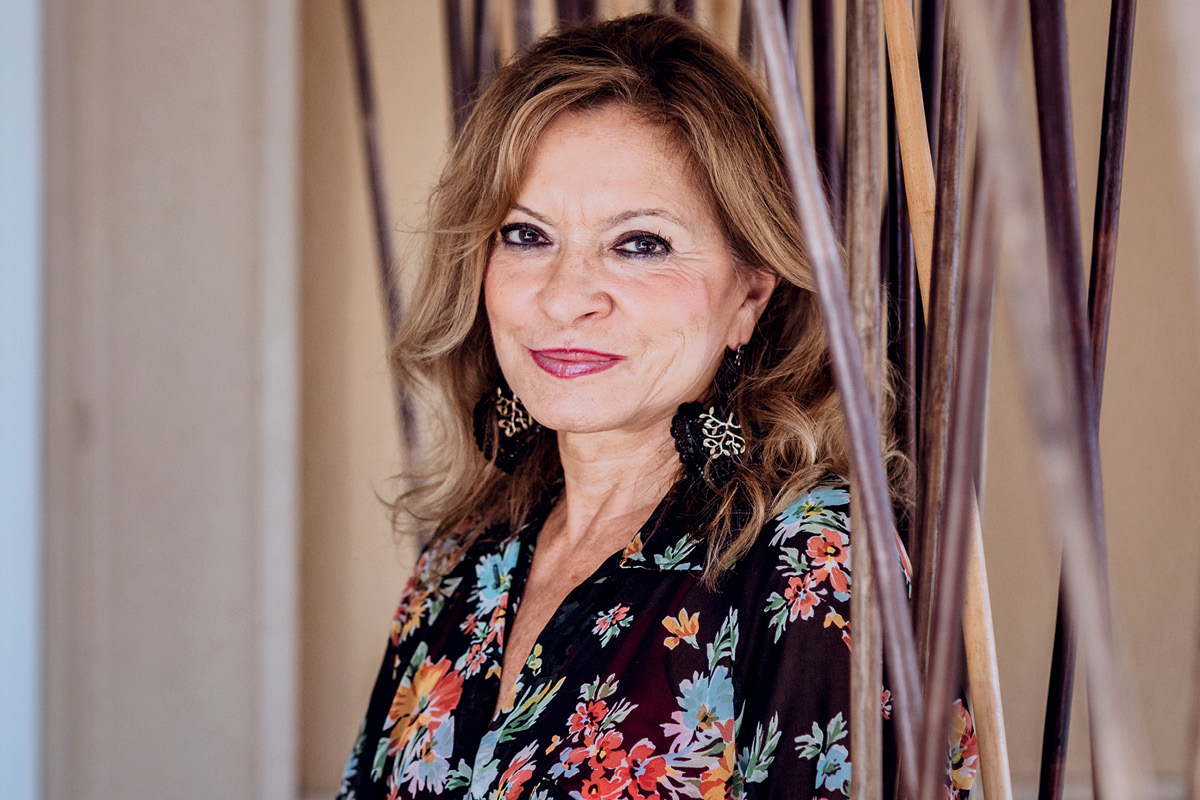 In 1936, the Forner family was on the run. The nationalist forces of General Francisco Franco had shattered the Spanish Republic and plunged the country into civil war, sending the Valencian winemaking family fleeing across the Pyrenees into France. They settled in Bordeaux, where they bought and restored two abandoned chateaux and, over the next three decades, mastered the famed winemaking practices native to their adopted home.

This chapter in the Forners’ history carved a path for their later success in the winemaking industry – a path that crosses borders, blends cultures and ensured their survival through times of crisis.

It is this history that Cristina Forner, President of the Spanish wine producer Marqués de Cáceres, credits with her decision to leave her home in Paris in 1983 to join her father’s company, making her a fourth-generation wine producer.

“I feel that my family’s story, when they went into exile in France during the Spanish Civil War and lost everything they had in Spain, deserves a special commitment from the following generation,” Cristina says. “Their strength of will has been an example for me to pursue the family business.”

In 1970, General Franco’s dictatorship was nearing its end and democracy was on the horizon. Cristina’s father, Enrique, decided to return to his homeland and re-establish the family business in Spain’s Rioja region, naming it Marqués de Cáceres, after a Valencian aristocrat and family friend.

From Bordeaux, he brought modern winemaking technologies such as vinification in stainless-steel vats, which he believed revealed the rich, fruity character of the local grapes, and the finest of French oak barrels that imparted great complexity and toasty notes to wines. Enrique’s reforms gradually transformed the region, making the Cáceres style – fruity, elegant and less oaky than in the past – the new standard for Rioja wines.

Cristina took over as President of the company in 2007 but was soon confronted with a difficult period following the global financial crisis towards the end of 2008. Faced with the challenges of a changing market, she decided to strengthen the sales of premium wines by focusing on the terroir (the natural environment in which wine is made) and selected parcels of vineyards.

This would further consolidate the Marqués de Cáceres quality, giving rise to more exclusive products, including the Excellens range of wines from high-altitude vineyards. This proved to be a crucial pivot for the company. “There was a financial crisis all over the world, so we had to focus even more on quality and on promoting premium wines since we were more competitive in this segment,” Cristina shares.

She and her team of oenologists identified small hillside tracts within the company’s vineyards, whose grapes bear the most unique characteristics and used them to produce prestige wines through a special process of handcrafting and ageing. The project paid off, with premier signature Marqués de Cáceres wines such as Generación MC and Gaudium scoring consistently above 90 points from critics and winning dozens of awards.

Today, Cristina contends with more conventional challenges – besting international competition, maintaining customer loyalty, navigating anti-alcohol regulations and taxes, and promoting wine culture as accessible to millennials. Having already weathered the defining crisis of her career, she meets these challenges confidently and with the knowledge that Marqués de Cáceres and its people are well-equipped to outperform their competitors.

“I tried to integrate myself into this different and very difficult context that was mainly run by men.”

“We have had no problem distinguishing ourselves,” Cristina says. “We excel in internationalisation, as our wines are present in over 140 countries; in innovation, as we combine craftsmanship and technology to make wines of distinctive quality and regularly fine-tune our labels and packaging; and, finally, in terroir, which is the protagonist of the singularity of our wines.

“Terroir is the first requirement for quality winemaking. You can have the most knowledge but if the quality soil and quality grapes are not there, you won’t get a great wine. This is why we care not only about oenology but also about having the sensitivity to interpret the different characteristics of the fruit and then adapting our technique of vinification. This is essential to making distinctive wines – wines with a soul.”

Cristina’s attentiveness to the particularities of each Marqués de Cáceres vintage is mirrored by her hands-on managerial style. “I normally keep a close relationship with everyone on my team,” she says. “Maintaining constant communication allows me to delegate and allow people to make their own decisions. The results attest to the professionalism and personal commitment of my team.”

It took years for Cristina to become the leader she is today. Looking back on her early days in the company, she recalls the challenges of being a woman executive in a male-dominated industry.

“I had just moved from Paris to a town of 150,000 people. This was a time when there were very few women in the winemaking industry. It was a time when I had so much to learn and so much to do. My main concern was to combine humility with high commitment. I tried to integrate myself into this different and very difficult context that was mainly run by men,” she says. “It was the most significant challenge I had to deal with and, in the end, I got the support I needed from everyone involved.”

“To me, wine is art. It is the heart of living, meant to be enjoyed at any moment, at any time.”

Twelve years after taking over as head of Marqués de Cáceres, Cristina’s primary preoccupation is preparing for the company’s 50th anniversary in 2020, which will be an opportunity to celebrate not only her family’s achievements but also her own role in bringing Cáceres wines to the international stage. She sees the celebration as a first step toward solidifying her personal legacy in the industry.

“My father’s legacy is based on his personal conviction, his sacrifice and his commitment to quality,” she says. “I hope to stay true to his philosophies while also focusing on my own project, which is projecting wine in its cultural and social context. To me, wine is art. It is the heart of living, meant to be enjoyed at any moment, at any time.”