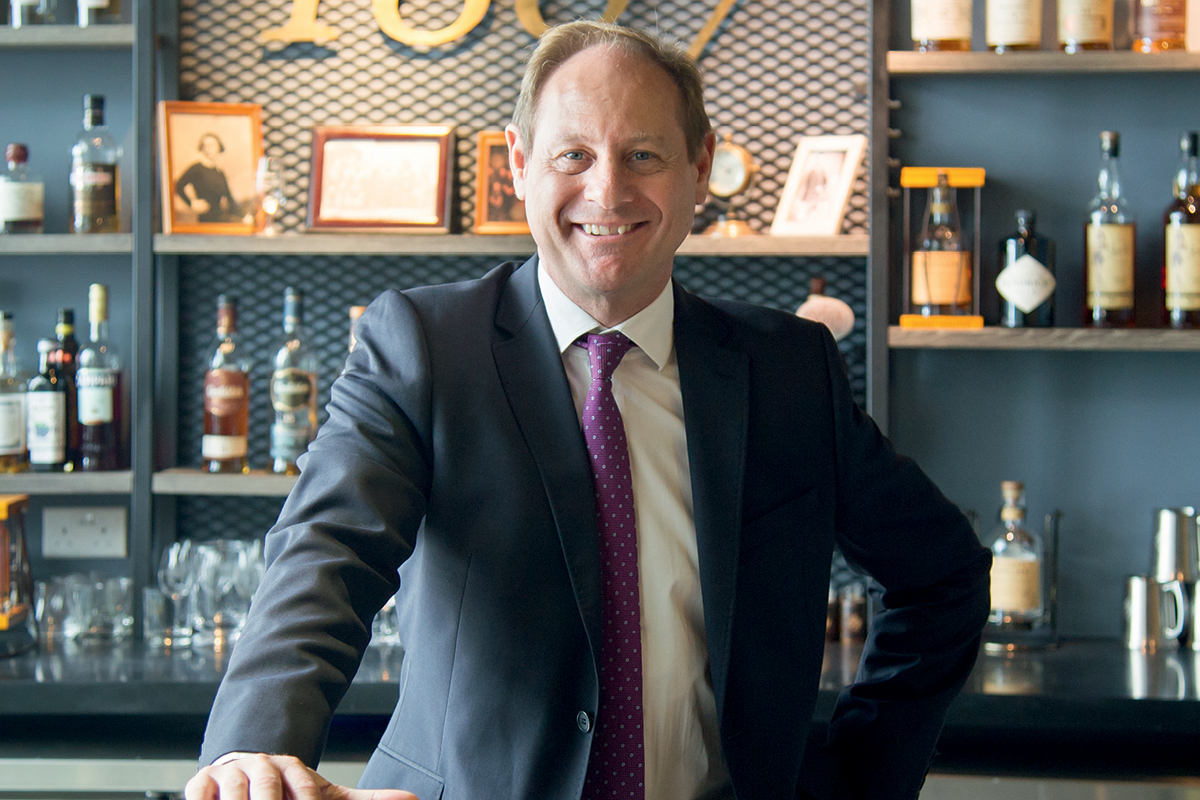 With distilleries under its ownership as well-regarded as Glenfiddich, creating the world’s favourite single malt, and Tullamore, producing Ireland’s finest Irish whiskeys, William Grant & Sons stands out for concocting a broad assortment of some of the world’s finest spirits available today.

Established in 1887 by William Grant, the family-owned company holds the largest Scotch whisky distillery in the world, and puts brands on the shelf as popular and seeped in history as Grant’s, which is poured in more than 180 countries around the globe, to Monkey Shoulder, a newer blended malt perfect for mixing a mean Old Fashioned. 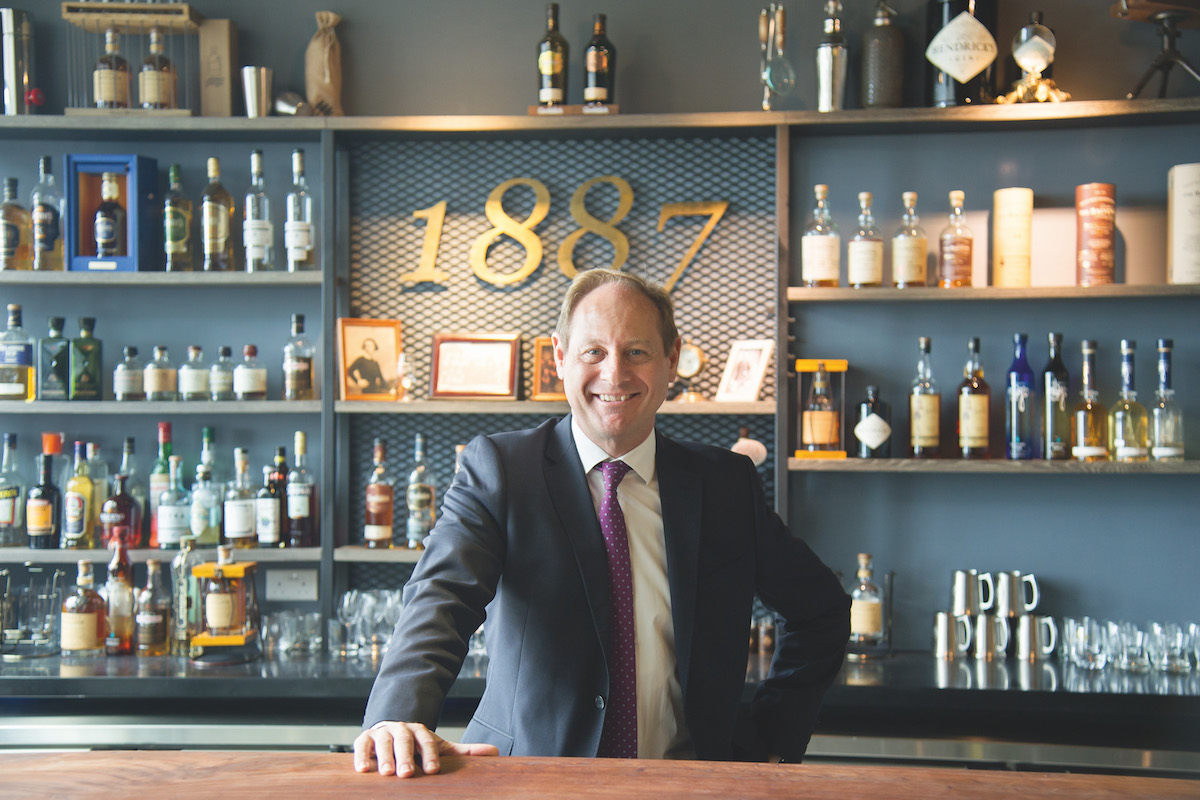 The company also produces other premium spirits, such as Hendrick’s Gin, known to be paired with cucumber and quality tonic, and Sailor Jerry, a classic spiced rum with the iconic hula girl on the label, ideal for cocktail mixology.

As Regional President Asia–Pacific at William Grant & Sons, Doug Bagley has a pretty sweet job. But it is without a doubt that he is well-suited to bring the company’s signature brands to countries throughout the region. Having worked in various roles throughout Asia since the mid-1990s, Doug has a consummate knowledge of how to appeal to the broad market, insisting that some of the world’s biggest consumers of fine liquor are in the region.

“If you look at consumption of spirits by category, China is the biggest spirits market in the world,” he explains. “Look further east to India and you’ll find the same thing. These are some of the largest whisky drinking markets in the world, and there is a lot of opportunity in that.”

Doug took on his current role in May 2018, more than 100 years after William Grant & Sons began selling whisky in Asia. That started when Charles Gordon, William’s son-in-law and the company’s first sales director, travelled to the region to establish new markets for the company.

He visited major cities in India as early as 1909, before travelling to China and Australia where William Grant & Sons would become the market leader in the malt whisky category.

Now employing more than 300 sales and marketing professionals in the region, countries such as India and Vietnam are emerging as major sources of growth for the company.

But Doug reiterates that its traditional values have not skewed with its growth and dominance in the market. “We remain an independent, family-owned business with the same mindset then as today.

We have a brilliant opportunity to build brands and create a legacy in Asia,” he says. “Although we understand this may take time, we have the commitment and ambition to the market to make it happen.”

Doug says that even though William Grant & Sons remains committed to expanding its share of the market, the company prefers to think of its approach to expansion as “bar by bar, drinker by drinker”.

“Glenfiddich and Balvenie are growing very strongly in a booming market for single malts. Now is the time to take our business in the region to the next level.”

That means the company focuses on winning over consumers by producing the best possible drink, such as its handcrafted Balvenie whisky. “Glenfiddich and Balvenie are growing very strongly in a booming market for single malts. Now is the time to take our business in the region to the next level.” 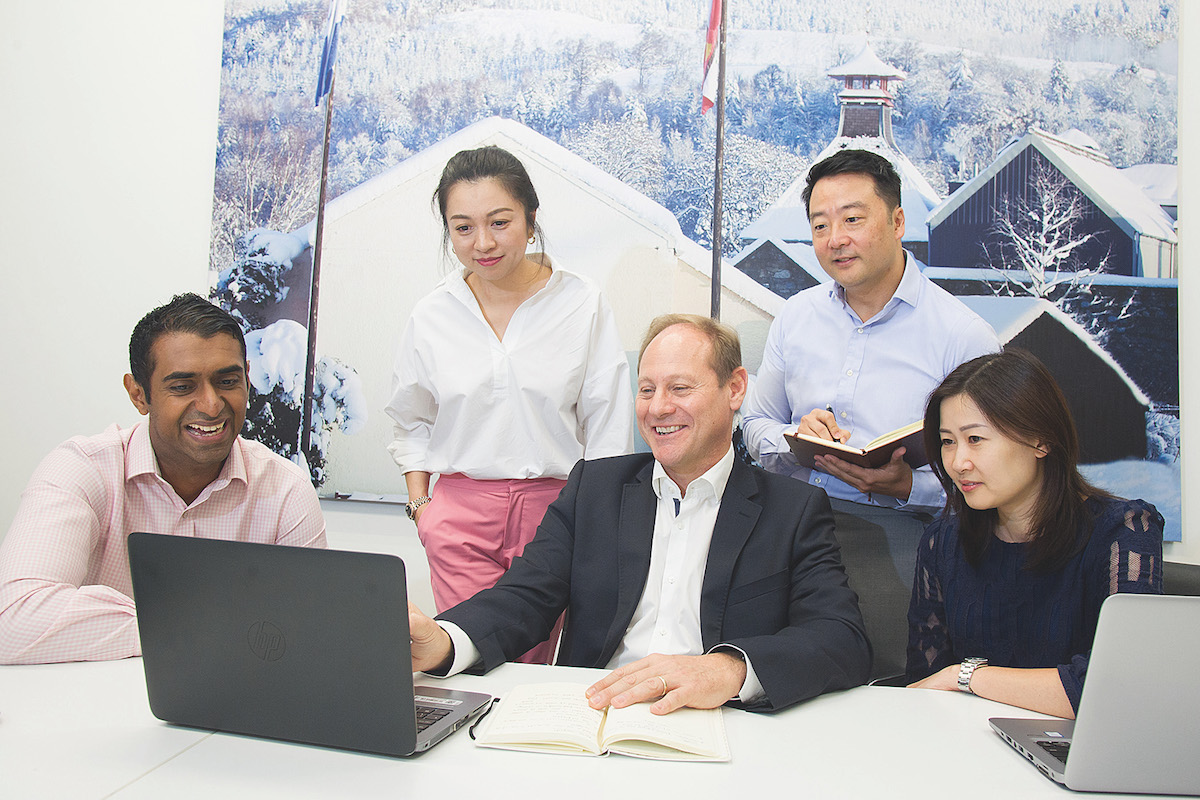 It’s this embedded commitment to producing the best drink possible that drives William Grant & Sons’ success. Doug highlights the importance of this, as he strives to offer employees a company they can believe in, emphasising the value of good conduct, communication and a feeling of community.

He says that these values aren’t just for the sake of workers, but the ongoing success of the brand. “I can attest to the value of listening to employees and working with them to develop their professional and personal skills,” he says.

“I believe that employees need to be nurtured and treated with respect and understanding, and ultimately feel like they are working with an approachable leader.”

When asked, Doug says he doesn’t believe in shortcuts to success. “Success comes because of preparation, working hard and learning from your experiences,” he says. “I think it’s vital to believe in yourself and stay true to what makes you unique. Work hard and know that an idea isn’t worth anything if it’s not well executed.

Challenge yourself, keep an open mind and surround yourself with people you can ask for help if needed. Ultimately, though, you must never stop dreaming, because your visions can guide you to remarkable things.”

And he reiterates that it’s from a positive attitude that personal and professional success is born. “The willingness to challenge yourself, taking calculated risks, becoming thoroughly immersed in work and reflecting on experiences as you go is where success starts and it’s when you learn the most. Never forget to be charismatic and human along the way. It’s important to stay true to the character behind the work.” 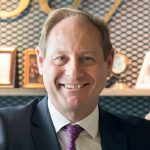