The first priority of Kerala Feeds Ltd., the manufacturer of food pellets for dairy cows and other cattle in the southwestern Indian state of Kerala, is not making a profit, but ensuring quality. Agriculture is a vital part of the economy in the coastal region, prompting the state government to set up the company to ensure that cattle, farmers and consumers of their products benefit from the highest industry standards.

“We manufacture the feed entirely within Kerala,” explains Managing Director Dr B Sreekumar. Kerala Feeds products are formulated to ensure higher milk yields in dairy cows and produced with numerous stringent checks under a four-tier system.

“We check the raw material with an initial sample collection, and when it reaches our gate for unloading, there is another random sample collection,” he says. “There is a sample collection while processing and then another after finishing. No other company in Kerala does this. If there is any kind of problem with the quality of the load that comes to our plant, then we simply reject it.”

The company’s highly automated manufacturing process is operated from a control room, which helps to maintain the consistency of quality while also reducing waste. There is even a dedicated quality control lab on site.

“There is no human intervention during the production process. None of our competitors manufacture their feed using sophisticated, imported technology like this,” Sreekumar says. “There are lots of private companies which are supplying cattle feed in Kerala, but many of their plants are located outside Kerala. By keeping everything local, we can ensure full control over the quality for our farmers.”

Because Kerala Feeds is government-owned, it is run on the principle that everyone in the state is a vital stakeholder whose needs must be considered.

“Democracy leads the company,” Sreekumar says. While that carries many benefits, one thing Sreekumar wants to achieve in the coming 18 months is to re-evaluate how these democratic principles strengthen the company’s value system. He is also aiming to strengthen Kerala Feeds’ distribution network. 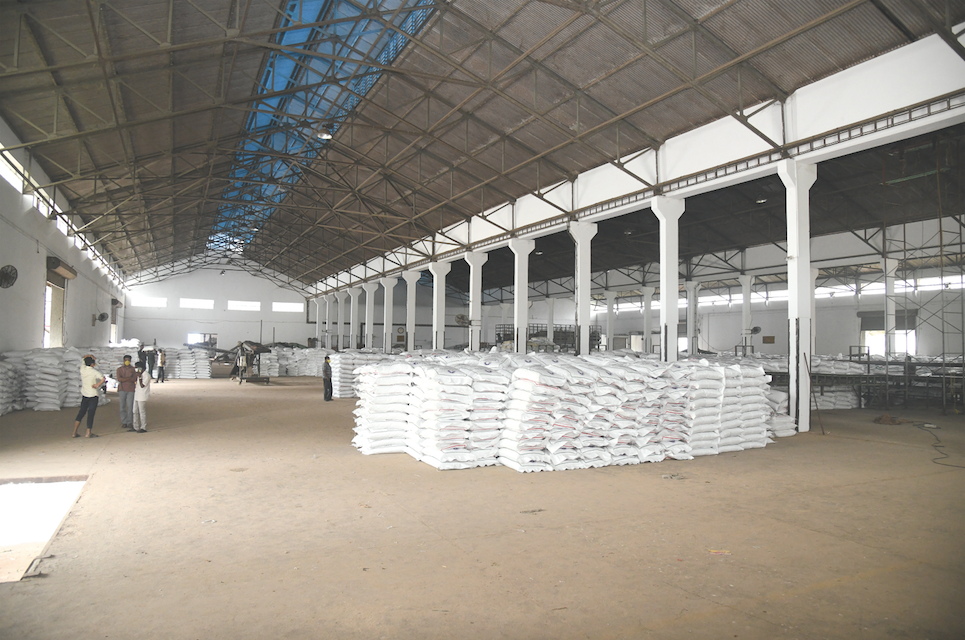 At the same time, he wants to further capitalise on the company’s investment in quality production by engaging with stakeholders about the various ways that high-quality feeds can add value throughout the industry. He is also keen to make sure they are all kept fully up to date regarding the introduction of a new legal framework within the state which affects farmers.

“The government has already implemented the Kerala Livestock and Poultry Feed (Regulation) Act, which aims to encourage a stronger focus on the quality of cattle and poultry feed,” Sreekumar explains. “This is an area where we are planning to raise awareness about quality among dairy farmers.”

The company operates according to three core aims. The first is to offer its commodity at reasonable prices throughout India. The second is to support dairy farmers in Kerala, and the third is to provide quality feed, not just for the benefit of the industry and consumers, but for the livestock too.

The cattle cannot speak or communicate with the manufacturers. We want them to be treated well. Every farmer should love his cattle.

“The cattle cannot speak or communicate with the manufacturers. We want them to be treated well. Every farmer should love his cattle,” he says. As Managing Director of Kerala Feeds, Sreekumar draws on his wide range of experiences within the public sector. Before joining the company four years ago, he had been instrumental in turning around two loss-making public companies.

He also has extensive experience in academia – studying, teaching and researching business. In 2005, he became one of the first people in India to obtain a PhD in ecommerce, he shares. But it was while working as an assistant professor for a management institute in Tamil Nadu that he gained a body of experience he now describes as “invaluable”.

“There I had the opportunity to interact with a lot of entrepreneurs, a lot of industry giants and academics too,” he recalls. “My academic experience has really helped me to make headway in the industrial world.”

Looking forward, Sreekumar sees a great deal of untapped opportunities in the dairy industry in Kerala. “90% of people in Kerala drink milk – it’s a highly nutrient-rich product, which is even something kids are taught in school,” he says. “But there are also by-products and value-added products that can be produced from milk, and these haven’t been properly explored.” 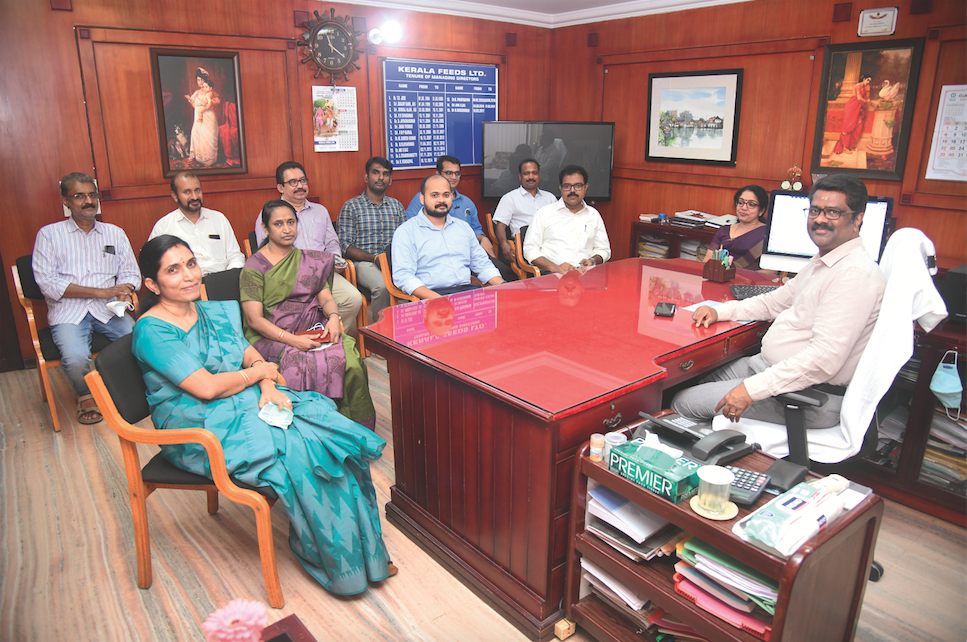 When he joined the company in 2017, he found that large numbers of people began asking him about business opportunities in the dairy industry. He realised there was a wealth of entrepreneurial talent ready to invest money to start their own dairies.

Even better, these were people who were keenly interested in the ways modern, high-tech production methods could add value to their businesses. Sreekumar found these encounters so encouraging that he decided to embark a tour of the state to meet people across the dairy industry, including would-be farmers, and talk to them about modern farming techniques.

This trip doubled as a sales opportunity: he used the meetings to pitch Kerala Feeds products, explaining how high-quality feeds can contribute to better yields, among other benefits.

“A lot of people didn’t know there was this high-quality product manufactured by the government of Kerala or about the strategy we had initiated for selecting ingredients and raw materials, and the strategy for production,” Sreekumar says.

“So we started to form closer ties with the dairy sector and conducted lots of seminars and conferences in each and every district of Kerala.” He brought in experts in animal husbandry, as well as established entrepreneurs, to help sell the idea to current and prospective dairy farmers. Today, with a stronger customer base in place, he has big ambitions to double the company’s revenues within the next five years, from just under INR5 billion (US$68 million) to INR10 billion (US$136 million). “We have already begun exploring new possibilities in this industry,” Sreekumar says. “But even now, there are limitless opportunities still to be explored.” 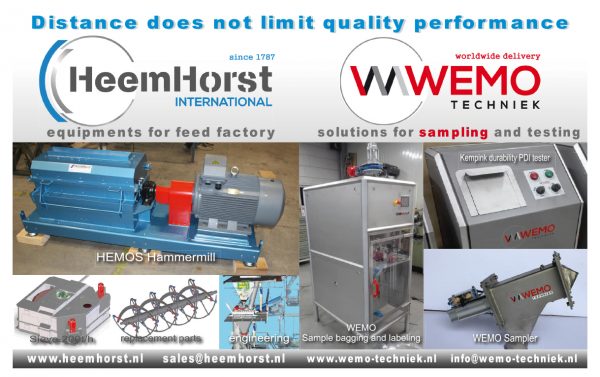