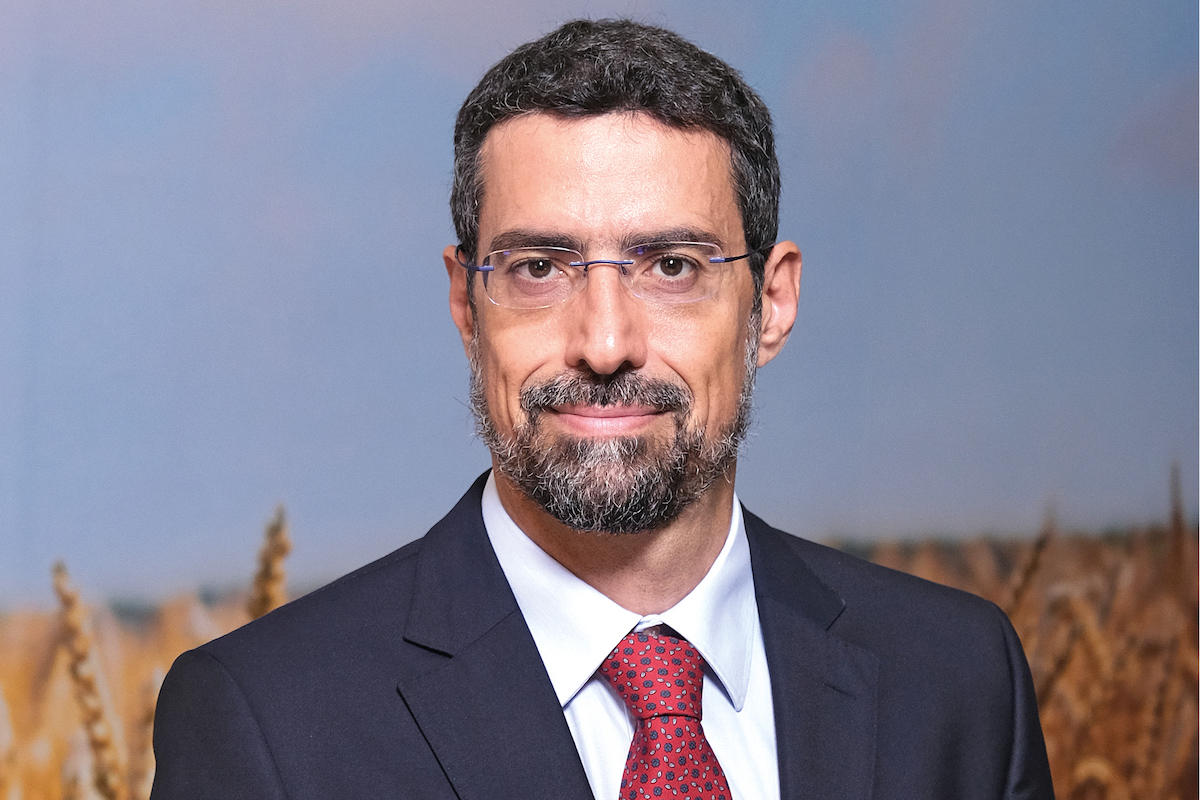 There are two different periods to Federico Vescovi’s time at Barilla: BC and AC – before COVID-19 and after COVID-19. Technically, the world is still largely in the grip of the pandemic, but already the wheels are in motion for defining the new way that food companies will need to work.

“COVID-19 has been a massive catalyst for change,” he admits. “We’ve made changes in one year that probably would have taken 5–10 years to happen before.” In his era with Barilla before COVID-19, Federico joined in 2012 as a Finance Director fresh out of Proctor & Gamble in Europe.

When the company began looking to the East, having already become a market leader in Europe and the US, he moved to head up the company’s first office in Singapore as President of Asia, Africa and Australia. The first challenge he faced was what Federico calls the “cultural distance”.

“The market was very new and unknown, so we had to explain the context of our offering and also understand the consumers,” he says. And when it comes to listening to customers, there are few people who take their work more seriously than Federico. “Before COVID-19, I spent at least 10 days every year in consumers’ homes,” he recalls.

“I visited consumer homes from Israel to Egypt, Saudi Arabia to Vietnam, China to Japan and India. And the reason is simple: I believe we have to listen to consumers and understand what they want.”

While the pandemic has curtailed such research expeditions, at least for now, it has revealed other learnings for Federico and Barilla. Before the pandemic, the company had already began experiencing a decline in traditional marketing such as TV advertising, as the transformation for digital communication and new distribution and sales channels like ecommerce came to the fore.

“We already understood that we had to start creating a new route to market, but COVID-19 has really accelerated the emergence of ecommerce and the emergence of e-food services,” Federico says. Before future strategies and business models could be addressed though, the company had to look after its people. It’s something that Italian families do very well, and Barilla is no exception. “This is a family company,” Federico says.

“The spirit, influence and tradition from the family is very strong. So, as a company, the first thing we did was work to keep our people safe, physically and mentally. Then COVID-19 hit extremely hard in Italy, which created some disruption in supplies because demand exploded here. And of course, we were not fully ready to cope. The challenge was to make sure that people were safe while also ensuring business continuity.”

With a lot of Europeans living in Singapore and their families far away, initiatives such as counselling and team events were brought in. But with huge foresight, Barilla also used the opportunity to re-skill its people, preparing them for what might come later.

Additionally, Federico and Barilla tried to stabilise the business in the face of paradoxical changes to the food industry. “We had a boom in retail but then a very strong negative impact on food service,” he explains.

“Of course, the two things even out, but it’s very complex to manage. You have some customers that do well and some customers that might go bankrupt. So we stayed close to our customers and, wherever possible, helped to sustain them because Barilla values long-term partnerships.”

Indeed, the company has been a pioneer in strong supplier relationships.

“Ecommerce is a key development channel for Barilla. It’s a landscape that’s dynamic in China, with a high pace of change that is well ahead of other markets. We had to to find a dedicated solution to gain a solid understanding of ecommerce so we partnered with EDGE to develop tailored data analysis and gain insights to accelerate our growth in this strategic channel,” Federico says.

In Italy, supporting suppliers has meant working on long-term, mutually beneficial partnerships with farmers. “Agricultural prices can be volatile, and farmers are sometimes subject to speculation,” Federico points out. “We contracted long-term partnerships with farmers, so they could be certain of revenue and income every year.” The humanity and equitability of Barilla does not stop there as diversity and empowerment of women are concepts that are very important to the organisation, even earning it the Catalyst Award for its global efforts to advance gender equality in the workplace.

“Barilla is one of the first companies in Italy to be at the forefront of diversity and inclusion,” Federico confirms. “Having offices all around the world has been part of that. But the key point of it all has been inclusion: making sure that diversity contributes to the wellbeing of the employees and the business.

“In terms of empowerment of women, this region also has one of the highest shares of women in leadership. Now half of my direct reports are women, and when I started, we didn’t have a single woman on the leadership team here. There’s been a massive, positive change since this happened; Barilla has become one of the first in Italy, if not the very first, to eliminate the unjustified gender pay gap between women and men.”

For such a forward-thinking organisation, the last piece of the puzzle is, what happens next after the pandemic? Federico believes that health and convenience are the two threads that will most affect the food industry.

“As early as April 2020, Barilla was thinking about how consumption patterns would change as a result of COVID-19,” he reveals.

“Worldwide, the pandemic has taught people how important health is, and we’re seeing a shift where people want to live a healthier and more fulfilling lifestyle. Fortunately for Barilla, Italian cuisine and the Mediterranean diet are centred around health, joy and wholesomeness.

“But people also want to have convenience; the possibility of having good food in a convenient way. The real problem is time. Therefore, we must cater for these needs. We have a big gastronomy heritage as a company with our current products, but we have to go to the next level and find even more convenient solutions.”

And while, temporarily, Federico cannot travel the world in search of what his consumers want, you can be sure that he and Barilla will find those solutions.