More than just a delicious snack, the soybean has an array of health benefits. High in protein and a decent source of carbs and fat, it is also rich in vitamins, minerals and beneficial plant compounds like isoflavones. Studies have shown that regular soybean consumption could alleviate symptoms of menopause and reduce the risks of prostate and breast cancer.

Seeing immense opportunity in these little green pods, the late SK Matlani founded Sonic Biochem Extractions in 1997. His aim was to bring the manufacture of various non-genetically-modified-organism (non-GMO) soya food ingredients and phytochemicals to India.

Today, the group is under the leadership of the Founder’s son, Girish Matlani, who has been part of the story since the start and now holds the position of Managing Director. His aim is to drive Sonic into the top five soya ingredient companies in the world.

“When we first entered into this business, there was nobody in this industry – we were the first,” Girish tells The CEO Magazine. “American and European companies were supplying to Asia and none of the Indian established players in the soya segment were doing that business. We spotted that opportunity and started working on doing it ourselves.” 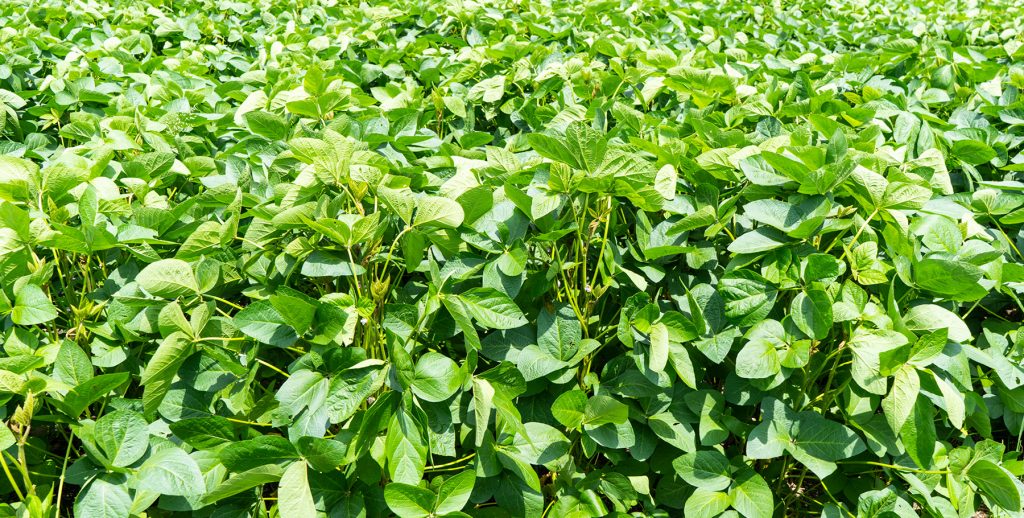 The fledgling firm straight away found itself faced with challenges. “We did not want to go for ready-made technology from the West – we developed our own,” Girish explains. “It took some years to get it to the right quality that was required internationally.”

Eventually, after around four years of tweaking its extraction process, the company was able to take its product to market. But then it faced the challenge of changing the mindset around Indian-produced products.

“It was a challenge to change European and American suppliers to Indian-based because India, at that time, was not known for ingredients internationally,” Girish recalls. “So it was challenging to convince them that we were offering comparable quality and at a good price.”

Persistence paid off, however, and gradually the company was able to change the perceptions of buyers and they started to make the shift to Sonic. “From 2004, we grew very fast. Then, as our products were accepted, we went through some capital expansion of our product lines,” he says.

Capacity expansion was also required as international demand surged, fuelled in part by Sonic’s use of in-demand non-GMO soybeans. In 2008, the company expanded to two plants within Madhya Pradesh – one for soya protein products and the other for lecithin and phospholipids. 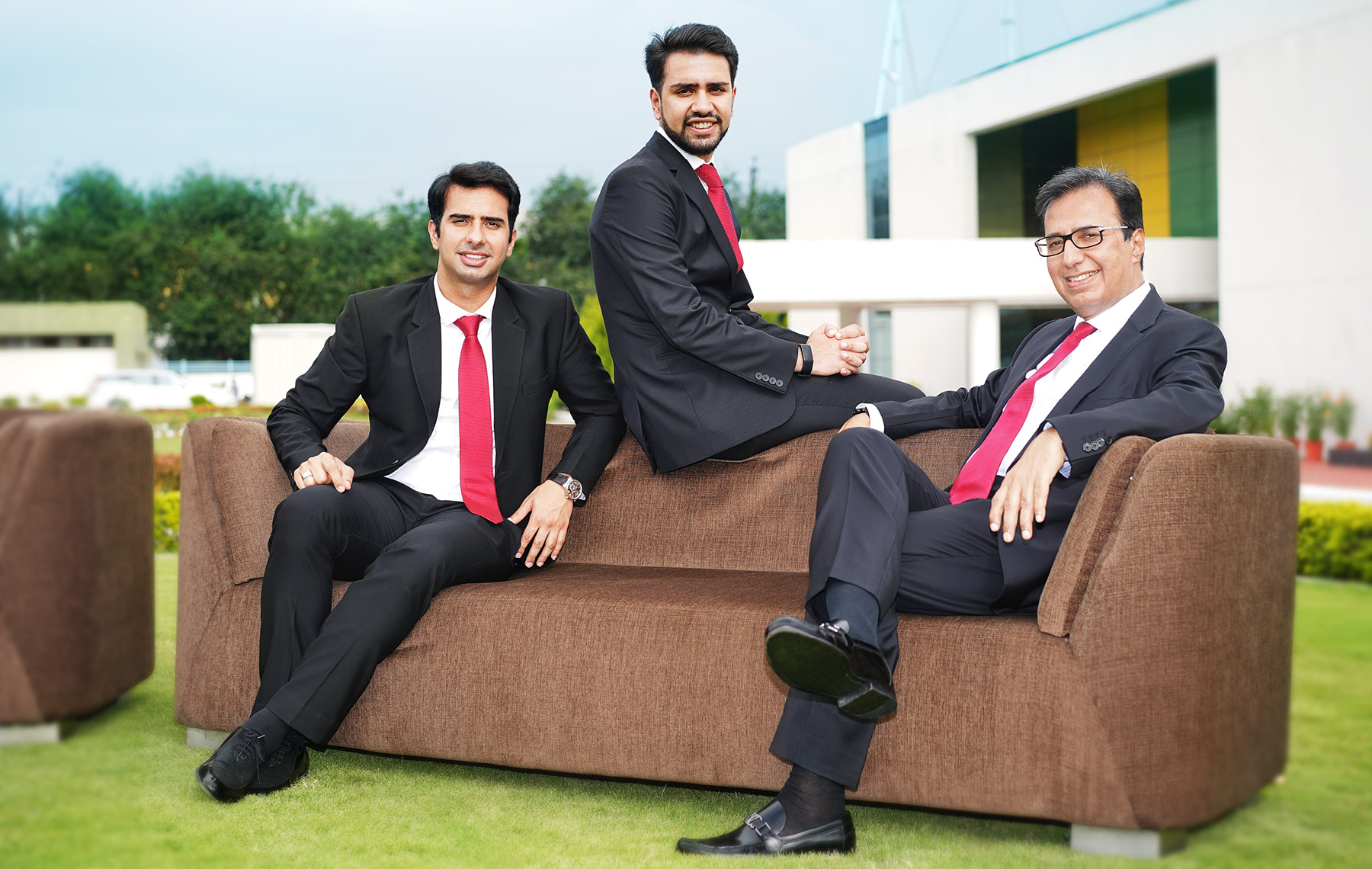 We tuned ourselves to cater to the higher-quality, higher-price segment, and we are happy that we did that – we didn’t want to have to go down the road of lowering our quality and getting into price competition.

“We have two business lines. One is the soya proteins for various applications in food,” Girish explains. “Another is soya lecithin, which is predominantly used in chocolate as well as various nutraceutical products.”

But it was around this time that competition started to creep in. “People spotted that this was an opportunity, so many started following what Sonic was doing,” he says. Although there was growing competition around price, the company stuck to its core principle of high quality. “When we made these two new plants, we made both with very high standards of quality control, hygiene and staff services. Everything was upgraded.”

This emphasis on quality served Sonic well, with high-end clients prioritising its products, enabling them to charge a premium. “We tuned ourselves to cater to the higher-quality, higher-price segment, and we are happy we did that – we didn’t want to have to go down the road of lowering our quality and getting into price competition,” Girish says.

In the next five years, Sonic plans to expand its protein and lecithin lines, making products that are used in drug delivery systems and tapping into the global market. Their aim is to manufacture ingredients for the plant-based food industry and soya proteins, which are more functional and versatile.

Considerable investment and effort will be required to bring these plans to fruition, but Sonic is already working on production solutions, utilising machinery from overseas and also within India and using its own research and development (R&D) capabilities. “We do our own R&D and have developed most of the plants with our technology skills. It takes slightly more time to come up with a plan, but in the long run, it works out to be more economical,” Girish adds.

While it’s clear that Sonic takes any challenges in its stride, one market trend is causing more concern – the spiking cost of Indian soybeans versus the stagnant price of soybeans in the international market. It’s a problem shared by the entire soya industry, Girish explains.

“Compared to international pricing, we are 30–40 per cent higher,” he says. “Therefore, in some product categories, which are lower value addition, India is becoming uncompetitive because of the rising bean price.”

To tackle this issue, Sonic is working on food ingredients for the domestic market that Girish describes as “third and fourth stage” products where it can add more value. It is also striving to drive down production costs in its major crush plant, with a targeted reduction of three-to-four per cent of total operating costs. It will also expand into the US market with its higher-value products.

With an undoubtedly hectic schedule, Girish makes a point of prioritising work–life balance and his health. Every day, he dedicates up to two hours to an invigorating routine made up of walking, yoga and meditation. He also achieves a “good amount” of delegation in his day-to-day duties, freeing up time for him to focus on Sonic’s social responsibilities, which includes facilitating initiatives to help small farmers.

We do a buyback program with the farmers, we support them in terms of inputs and technology, and our field team helps to train them and guide them with agricultural best practices.

“We also have a project where we do organic farming in rural areas where the farmers are very poor. They have less than one acre [0.4 hectare] of land and they are all small farmers,” he explains. “We do a buyback program with the farmers, we support them in terms of inputs and technology, and our field team helps to train them and guide them with agricultural best practices. We have been able to increase farmers’ incomes by between 25 and 30 per cent by enhancing their productivity.”

Over the last six years, Sonic has worked with 5,000 farmers on this project, but it is now seeking to expand it further. “Maybe within the next two years, we’ll make it 10,000 farmers,” Girish reveals. “It is our corporate social responsibility project to ensure the livelihood of Indian soybean farmers.”

As demand for meat alternatives surges, soy protein is increasingly in demand. In fact, the global soy protein market size is expected to grow from US$7.47 billion in 2021 to US$8.24 billion in 2022 at a compound annual growth rate of 10.3 per cent.