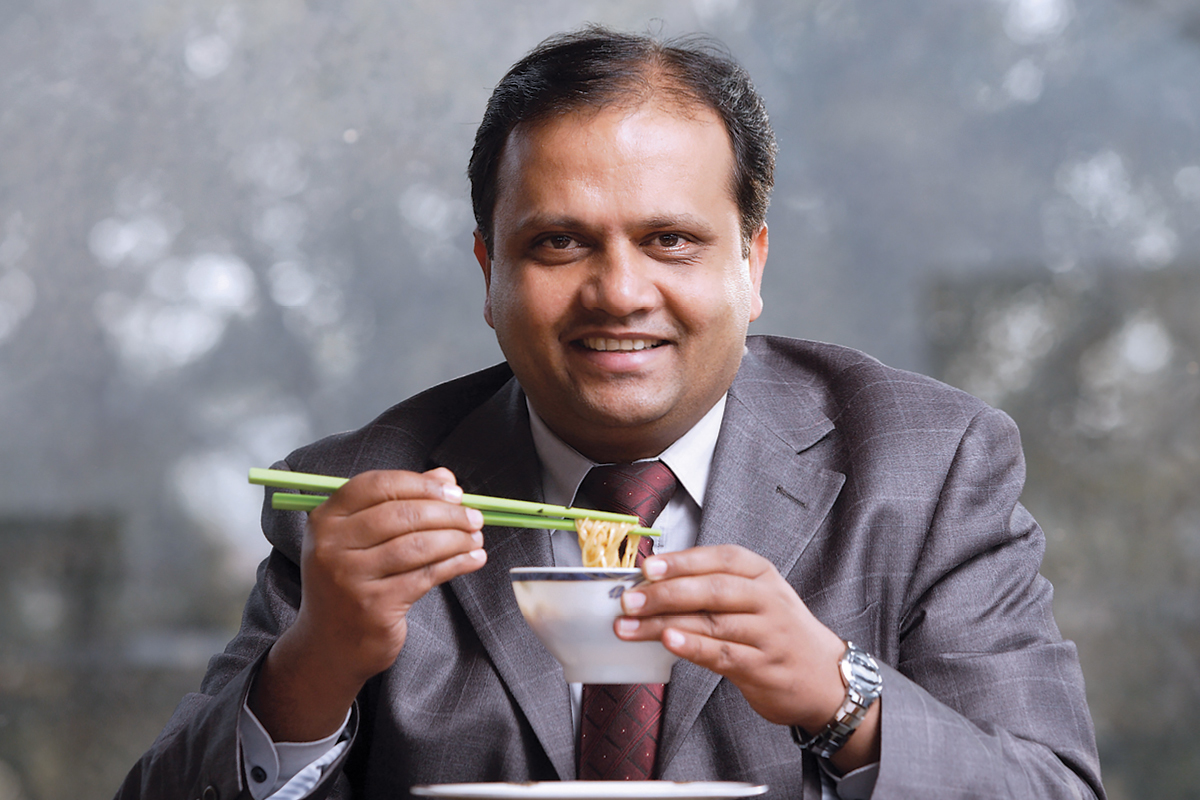 From ramen to pho, soba to somyeon, noodles are a staple food in countless countries around the world. Chaudhary Group’s Global Business Head, FMCG, GP Sah, understands just how far-reaching the noodle industry is. “Noodles are a global food and, irrespective of GDP, whether it is a developed country or developing country, noodles will remain a growing business everywhere,” he says. “They are convenient and very affordable.”

Based in Nepal, Chaudhary Group (CG) is a multinational conglomerate with business ranging from financial services to education, and GP specifically oversees its Noodles, Snacks and Beverages Division. Of CG’s three noodle brands, Wai Wai is the main instant noodle brand it has, and it claims more than 45% of the market share in Nepal and 205 in India. Nepal Ice and Rio are its popular beer and juice drink brands having 25% market share each in Nepal. Its Kwik’s brand of snacks commands more than 60% of market share in Nepal.

The company has transformed since GP joined in 2000. Before then, it had a limited vision. Although there was aspiration, there was no vision to become a global business. “I joined the company as a Project and Technical Head,” he says. “After two and a half years, I took up the responsibility of sales in the beverage division. The company went through some transformation and brought in employees from outside of Nepal and India. The team brought strategy sessions and a new vision to expand the company’s horizon.”

GP explains that the company was doing reasonably well in some areas of the business, particularly FMCG in Nepal before he joined, which was a nice foundation to start on. There was a beer division in the group too, but it wasn’t as successful. “Our noodles were doing well in Nepal,” he recalls.

“And I remember there was some export into India and a few other countries where there was a Nepalese community, but that was not even 10% of the overall revenue of the company.”

When the team set up a manufacturing facility in India, the company saw growth in the region. “India as a base also gave us a good supply chain system from where export became easier, since Nepal is a landlocked country,” he explains.

“From there, we made a concrete plan as to where we want to be, particularly in exports. We developed a strategy and created a catchment area where we set up our manufacturing unit to be closer to our customers. We now have seven manufacturing units in different parts of India. We supply fresh goods to the market.”

“We supply fresh goods to the market.”

The company realised that the export model alone wasn’t going to take it as far as it would like to go. So in 2017, CG expanded the business by setting up manufacturing units to be closer to its customers in Serbia, and in 2019 in Bangladesh and Kazakhstan. CG also has plans to enter Egypt and the Americas.

Along with noodles, beer is a top priority for the division. “We focus on these two segments in FMCG,” says GP. “We are in the process of acquiring some companies in Europe, which will strengthen our existing beer business, and we already have a good presence in Nepal.”

GP believes that if you select your target market well, there is no chance of failure. “This is the inspiration for us: that this is a segment that will thrive under every circumstance,” he states. “Whenever there is a recession, or the economy is not doing well, there is a rise in unemployment and further consumption of noodles. The use of noodles is inversely proportionate to that economic slowdown.

“The growth potential of this segment is phenomenal,” he adds. “And because we were established in 1984, our company has the knowledge and expertise of more than three decades. Very few companies across the globe have this level of experience in this industry.”

Its expansion into Serbia and Kazakhstan is an example of how CG carefully selects its market. “Serbia is a country that enjoys a fantastic relationship both with western and eastern Europe,” GP explains. “It is not in the European Union, but it has free access to the EU. It also has a good relationship and free access to goods in the east European countries outside the EU as well. It is one of the most cost-effective countries in that part of the world.”

CG moved into Kazakhstan after acquiring a company to establish its market in a non-competitive environment. “We went into that part of the world because noodle consumption is already very high but the competition isn’t huge,” GP says. “While Bangladesh is a developing country with one of the fastest-growing economies.”

The population is also a significant factor in CG’s decisions, and its goal is to establish its presence on every continent. “Soon the construction is going to start in Egypt, which will serve east Africa and parts of the Middle East,” he explains.

GP’s vision is to focus on each country that CG has a presence in and strengthen the brand according to its geographical location. “Our position in the market is different in each country, which drives the vision for the brand in that particular country,” he explains.

“In Nepal, our priority is to grow the premium segment. We already have a high percentage of market share, but we will upgrade the market and give the consumers a more top-quality product and more varieties of noodles.

“In India, we are the number-two player,” he continues. “We are being chased by the regional players trying to grab the market share from us. At the same time, we are trying to chase the leading position. So here the priorities are completely different.”

As CG chases its ambition to be a global leader, its strategies must be unique to each region it’s in. Even in the same region or country, to cater to different consumer segments, CG is promoting three brands – Wai Wai, Xpress and Rintin – each having its own USPs.

“In India, our priority is to expand the distribution, service the market and create awareness about our products in the rural market where there is less brand loyalty,” GP notes. “We have set up our priorities clearly to maximise our efforts to see results.”

The market looks different in Europe, so the company’s priorities must be modified. “All across Europe there is a leader in each country,” GP says. “For example, Nestlé is a leader in one place, and Nissin or Indomie is a leader elsewhere. But the market size itself is small; per capita, consumption is small.”

In Europe, the business’s strategy is to segment the market in each country, research what noodles they are eating, and what they would like to eat, then develop the product and try to penetrate the trade. “There are a plethora of market channels in Europe,” GP observes. “So we decided to focus on these market channels selectively.”

GP prides CG on being a cost-conscious company and one that relates to its customers. “We don’t borrow much; we don’t believe in borrowing much from the financial institutions,” he says.

“We also have an excellent R&D department; it’s a strength for us. We understand our consumer’s needs. What differentiates us from others is that we believe in robust and detailed work in the field. We don’t believe in creating the brand pull through high investment in ATL advertising.

“We believe in working hard through below-the-line activities like contacting consumers,” he adds. “We spend a limited amount on advertising in television media. We spend our money more on consumers; on contacting them, giving them samples and talking about the USPs of our brands Wai Wai, Xpress and Rintin.”

“We spend our money on consumers.”

He attributes credit for his success to the Chairman of the Group, Mr Binod Chaudhary, for his support and confidence, as well as to his talented and sincere team members for their relentless effort. 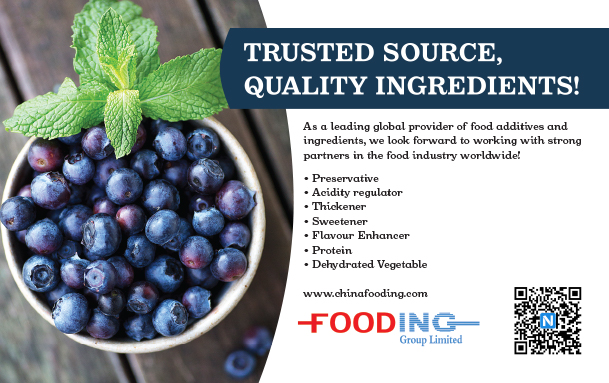