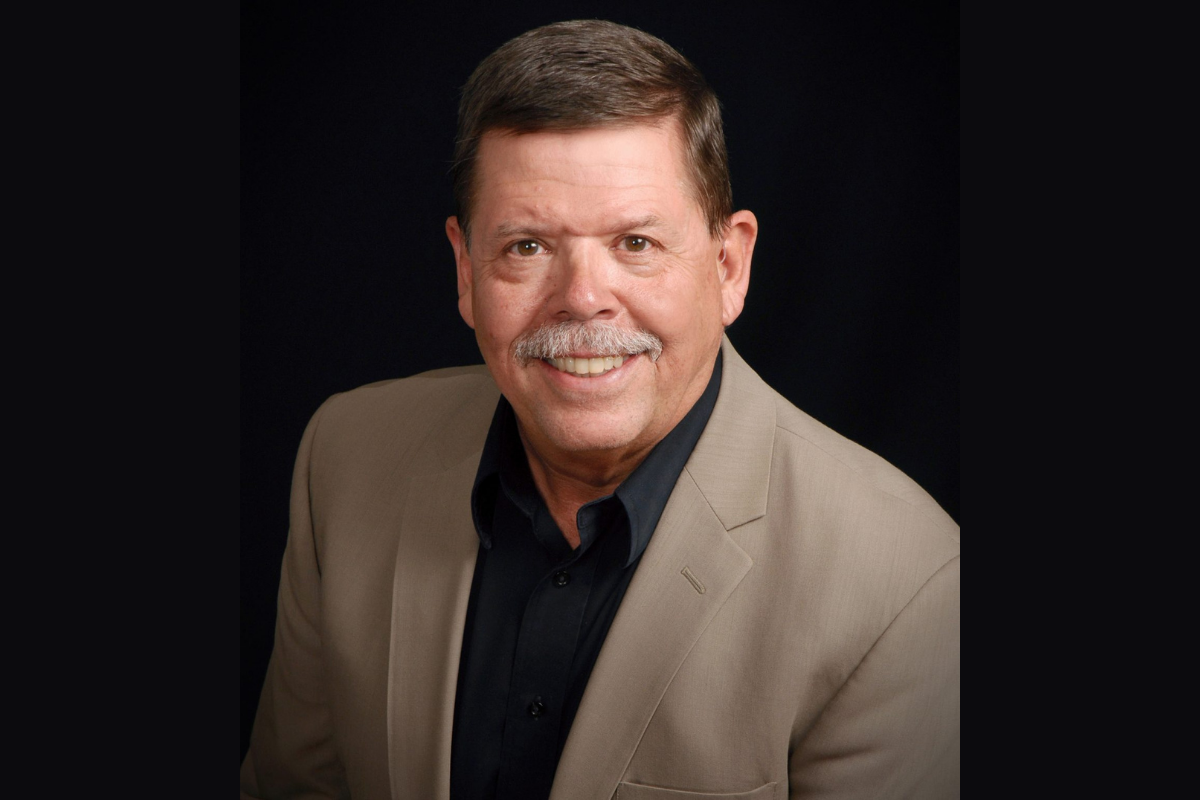 When he made the switch, he knew there was one thing he wouldn’t miss about his old job: the work attire. “After 20 years of white shirt and tie, I didn’t have to wear a tie any longer, which was very appealing,” he says.

The casual, welcoming atmosphere of the company, which has been owned by the same two families since its inception in 1969, is one of the main reasons Jim has now been there for 22 years, and why he took up the position of CEO in 2016. And it’s not just the staff and leadership who value the homey feel of the brand.

“We’re in a lot of smaller communities, so when you come to Taco John’s, it’s like coming home,” he says. “We hear all the time about people who grew up with Taco John’s and leave the area, and the first thing they want to do when they come back is get something to eat here.”

The two families who started Taco John’s “have no interest in selling out or going public”, he adds. “They love the company, the franchisees – everything about it. The thing about Taco John’s is because it was started by two families, there really is a family culture.”

Taco John’s has a large cultural footprint in the US. It is the company that trademarked Taco Tuesday, making it a central part of the custom of people going out early in the week to enjoy discounted Mexican food in cities across the country.

But its physical footprint is more modest than you might expect: it operates fewer than 400 restaurants in 23 states, just a fraction of the more than 7,000 Taco Bell locations, for example. “We are a company that isn’t so big that we’ve lost our humanity,” Jim says.

This leaves plenty of room to grow while staying true to the company’s founding values. “We’re starting to see a little bit of a change,” he shares. “We’ve been at about 400 stores for 20 years. But now we’re looking to add about 75 stores over the next five years, and that’s a net number, which will really put us on the path to some good growth.” 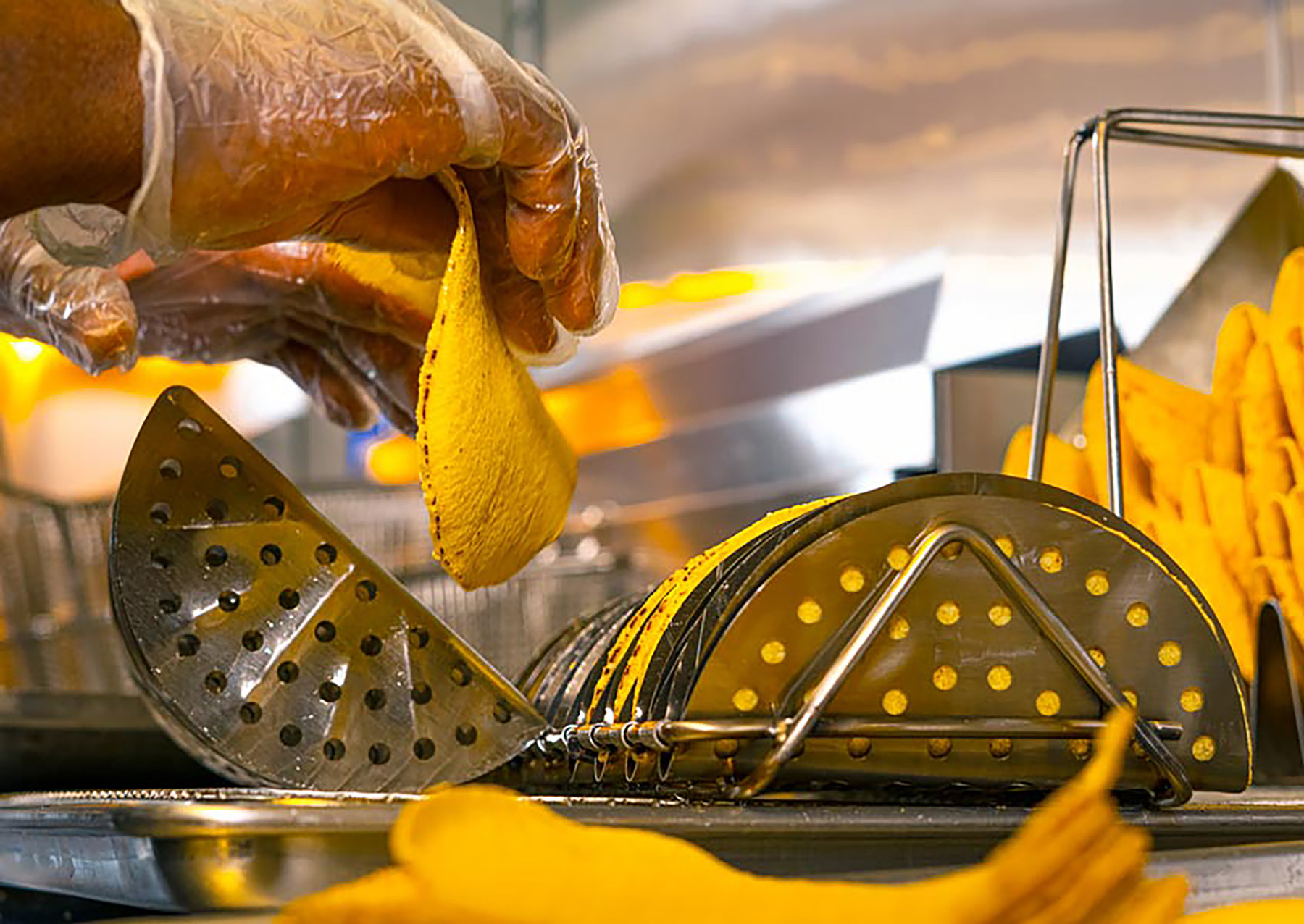 We hear all the time about people who grew up with Taco John’s and leave the area, and the first thing they want to do when they come back is get something to eat here.

As the company grows, it will benefit from a modernization drive that Jim has been working on since he stepped into the top job. This has involved shaking up the board by bringing in top experts from across the industry.

“We now have people from McDonald’s, from Arby’s, from Dunkin’ Donuts, from Wendy’s – all of whom bring some expertise to us that, being the size we are, we didn’t have before. So that’s been very helpful,” he says.

On top of that, the company has hired a new COO, CMO and CFO within the past 18 months, all of whom came from larger brands and are bringing in expertise the company lacked before. Moreover, it has brought on board Meritage Hospitality, which is the largest Wendy’s franchisee, and has now agreed to open 50 Taco John’s locations over the next three and a half years.

“Wendy’s has almost 400 units with them, and they want to get to 600 total, so we’ll get 50 of those extra 200. Hopefully, we’ll get the next 150 after that with them too, but it will help us attract other franchisees and continue to grow,” Jim explains.

Over the next three years, Jim and his team want to grow the average unit volume from a little over one million to 1.35 million. He believes that, on top of adding dozens of extra units to expand its physical presence, will give the company a “really strong base”.

At the end of those three years, Taco John’s will have a presence in 35 states and start looking for opportunities in other parts of the country where it still doesn’t have restaurants. After that, Jim says, it may make sense to start looking at opportunities for international expansion, though that’s not something he wants to rush into.

“We were in Canada at one time, and that was a challenge. You can only handle so much at one time as a small company,” he points out. 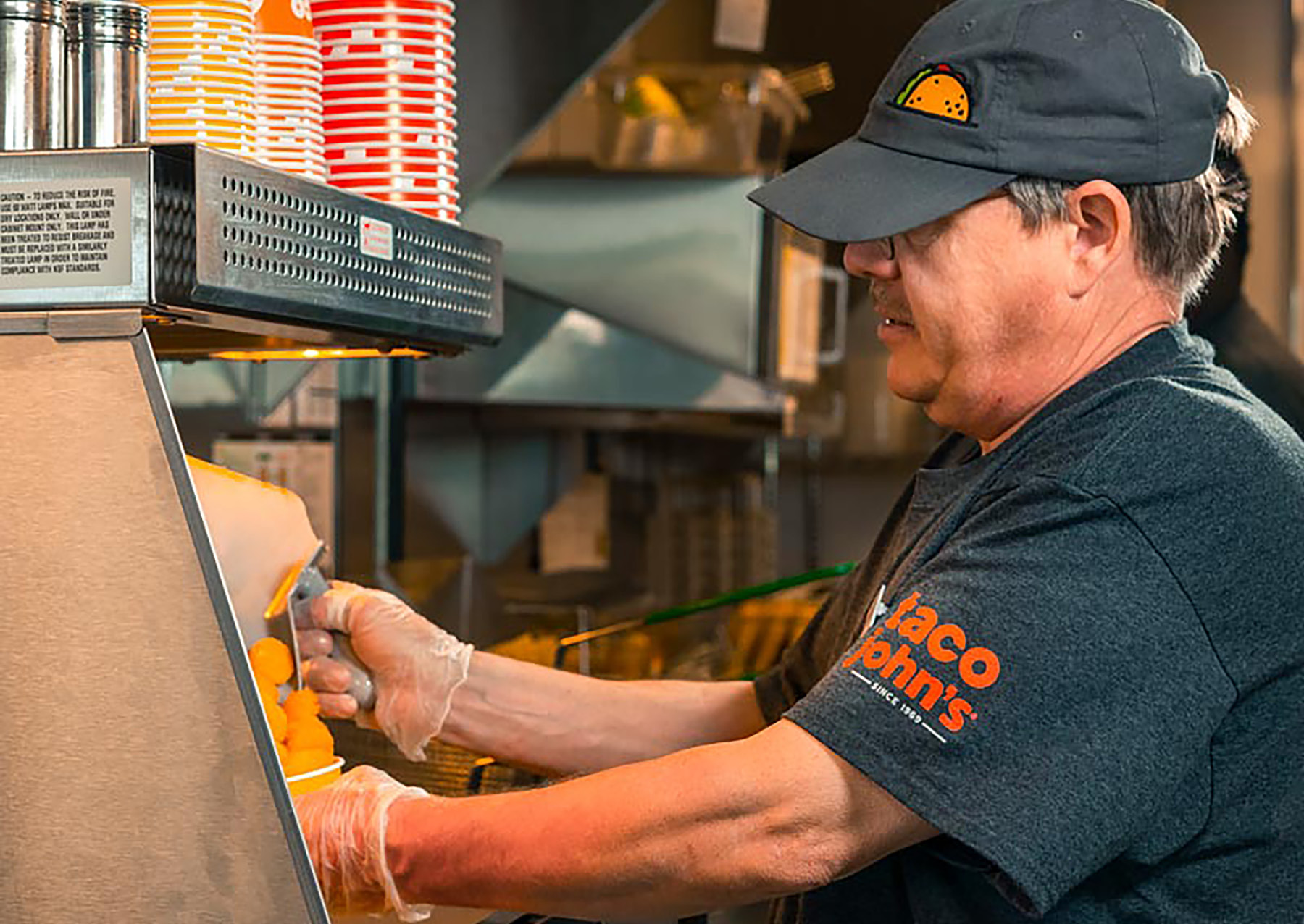 We’ve been at about 400 stores for 20 years. But now we’re looking to add about 75 stores over the next five years.

One of the main challenges Taco John’s faces at the moment is its struggle to get equipment for two of its new restaurants due to global supply chain disruptions. “The buildings are completed, but we won’t be able to open until later this year because we can’t get coolers and freezers,” Jim shares.

Another challenge is labor shortages, which is one reason the company is continuing to focus on being an employer of choice. “Our corporate team just went through some caring leadership training because I think going forward, you’ve got to be a caring leader,” he says. “You can’t just say it – you really have to care about your people. You have to care about your vendors and everybody involved in making your company successful.

“I think the days of being able to slam your fist on the desk and demand something gets done are going to go away in favor of somebody who really cares about your success and your future.”

While the supply chain disruptions caused by COVID-19 have had a lasting impact on the company’s business, the other challenges of the pandemic were short-lived. “We just had to figure out how to survive early on, shutting down dining rooms and doing all the things we had to do. But then, the drive-through really took over,” Jim says.

The pandemic also alerted Jim and his team to a lucrative opportunity – a mobile “pod” restaurant that functions much like a food truck and serves drive-through customers. The company opened its first one in South Dakota, and it is now on track to generate about US$2 million a year in revenue. 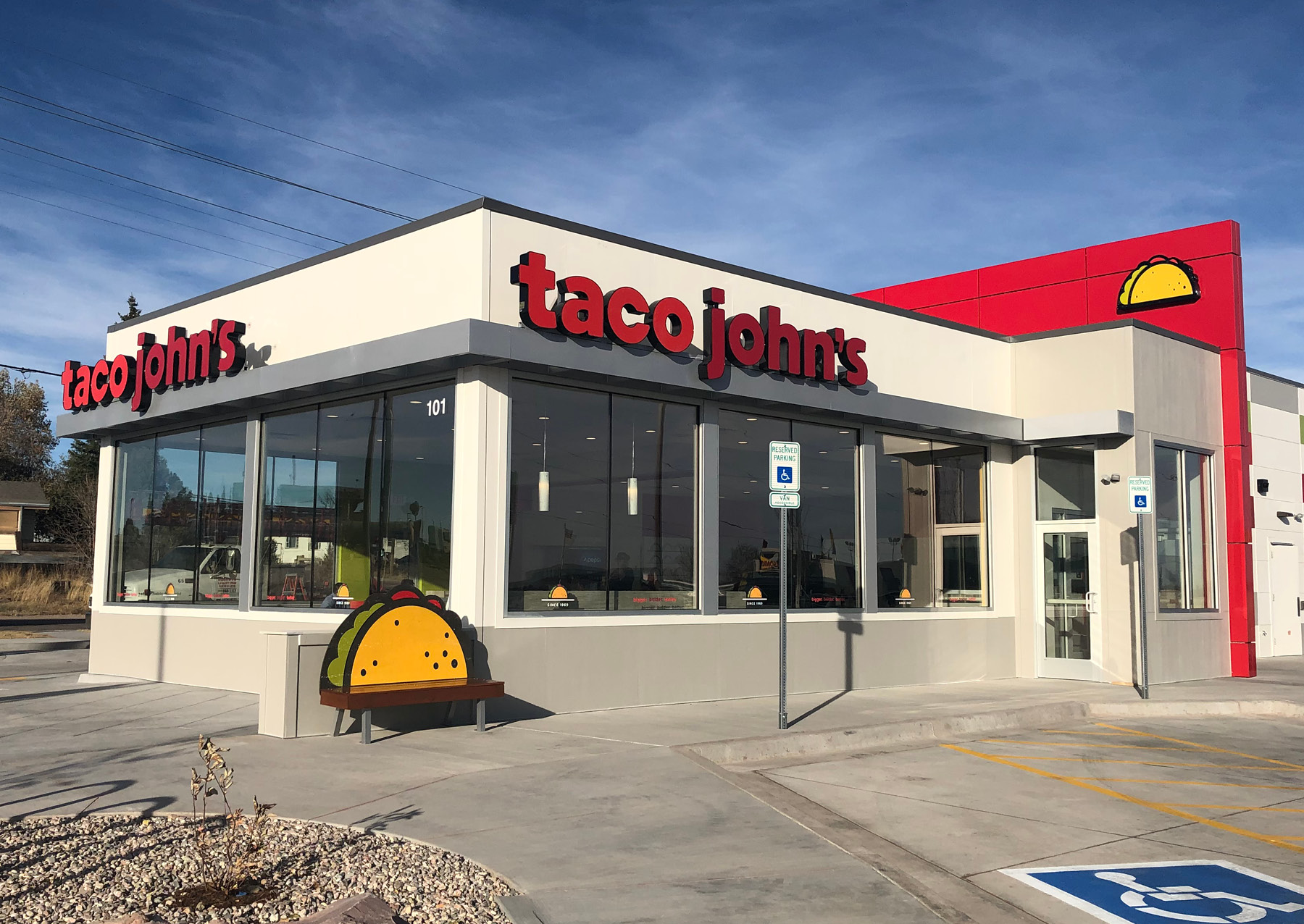 You’ve got to be a caring leader. You can’t just say it – you really have to care about your people.

“We see that as an opportunity going forward,” he reveals. “People, depending on the community they’re in, may be ready to come back to the dining rooms, and some of our communities, they’re just not. So we’ll use that to fill in those areas where people aren’t willing to come in.”

At the same time, Jim hopes to improve the speed of service across all the company’s drive-throughs, while investing in technology to improve its mobile ordering and delivery service. “We had just gotten into mobile right before COVID-19, so we were brand new at it, but now we’ve got that pretty well set, and want to focus on it operationally to improve that part of our business,” he says.

But even as the company expands and modernizes, some things will stay the same. Chief among them: the casual dress code. 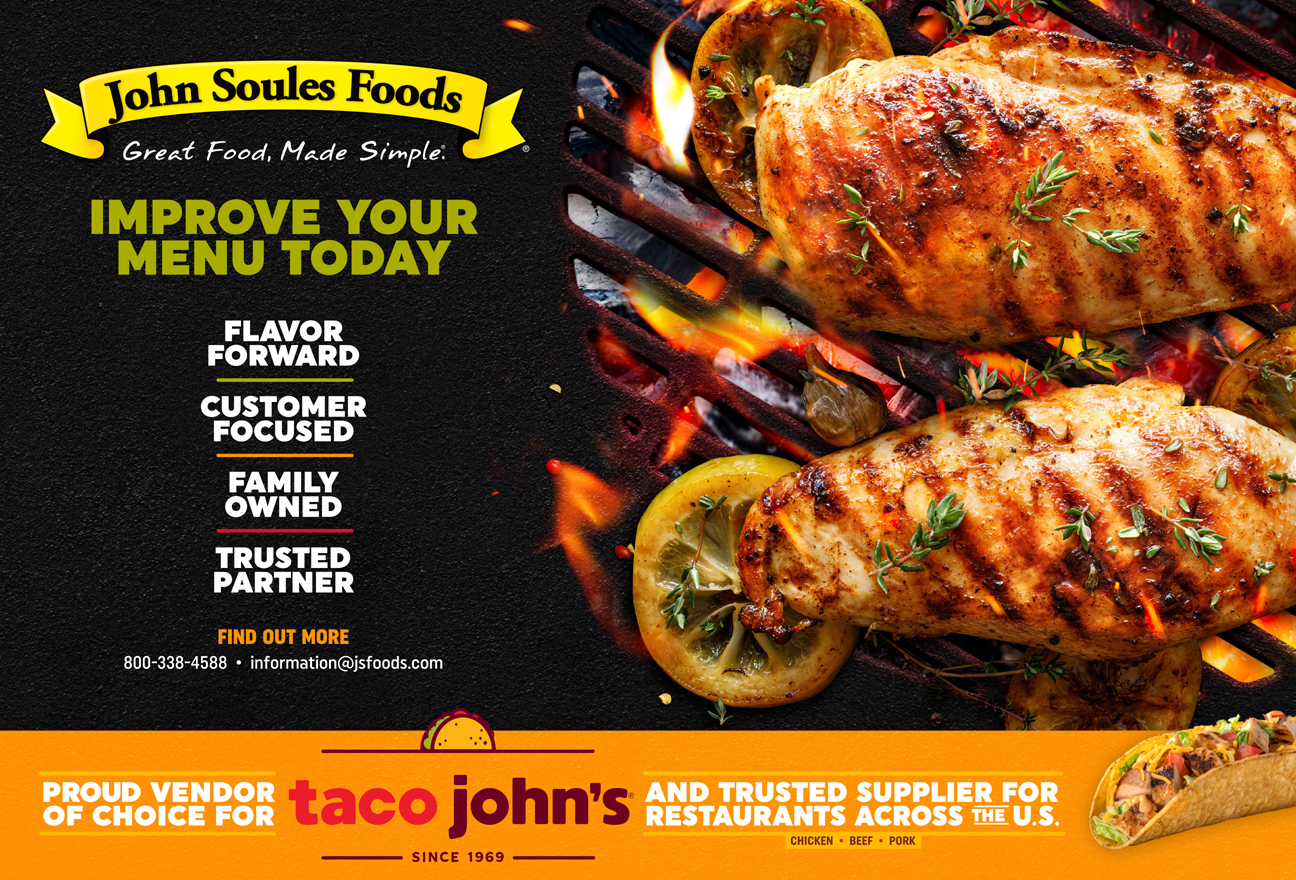