Made with love: Kevin Wong 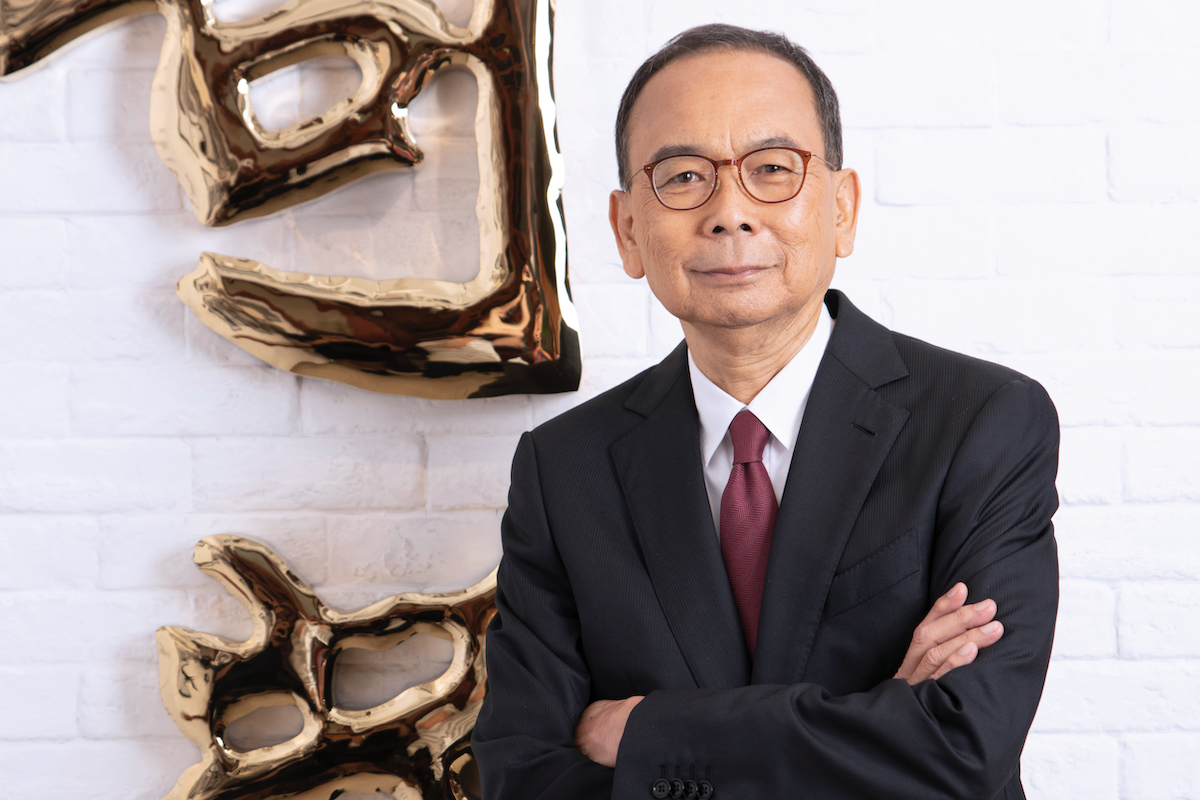 When it’s put to Chairman and CEO Kevin Wong that Kee Wah Bakery is a champion in the industry, he replies, “A champion? No, no. Not yet.” On the one hand, you can’t argue with him – surely out of anyone, the CEO would be able to decide whether Kee Wah is a champion. On the other hand, how could it not be?

Just last year, the bakery franchise celebrated its 80th birthday, having grown from a small corner store, and its pastries have received rave reviews, such as this from The Independent: “The pastry is melt-in-the-mouth, not overly sweet or oily but perfectly smooth, with just the right ratio of egg yolk to filling.”

But under the surface of that humility, the “not yet” hints at an ongoing ambition. Even after the radical changes he’s introduced throughout his time with Kee Wah, Kevin clearly envisions bigger and better things for the company.

After being founded in 1938 by Kevin’s father Wong Yip Wing, Kee Wah grew steadily throughout the 20th century, boasting a proud Hong Kong heritage. As that century drew to a close, Kevin was at the time operating his own finance business, with a branch in Singapore.

The impact of the Asian financial crisis led him to sell off his shares to major partners and, subsequently, retire in his mid-40s. For a few years, he devoted his time to hobbies such as motorsport, but though the prospect of an early retirement is a dream come true for many professionals, he soon found himself drawn back to business in 1995.

Kevin started to talk to his father (who at the time was still overseeing Kee Wah) about whether the bakery’s traditional Chinese products were still viable in Hong Kong. When it came to events like wedding and engagement ceremonies, the traditional use of Chinese pastries was declining, due to the growing popularity of Western-style cakes. Kevin therefore decided to join and completely overhaul the company, and help Kee Wah adjust to the future.

“I couldn’t have achieved what we did by myself. We shared a common goal, with one mind, and we accomplished some great things.”

“My greatest achievement in Kee Wah as a business leader was rebranding and modernising Kee Wah in the 1990s when I first joined,” he recalls. “I’m very proud of the fact that I was able to find a group of very talented people to help me accomplish that. When I joined Kee Wah 25 years ago, it was absolutely different from now. It was an old-fashioned bakery, still stuck in the 1960s and 1970s.

“I found the right people and brought them together under that same goal. It wasn’t easy, and I had to get them to the point where most of them were excited about my project to turn Kee Wah into what it is today. I had to convince them that this was a project worthy of their time and dedication. I always think back to the people that helped me build Kee Wah. It was them, not just me, who made this company into what it is today.

“At the time, it seemed like an almost impossible task, but they gave me 100%, put their heart into everything they did. I really appreciate it. I couldn’t have achieved what we did by myself. We shared a common goal, with one mind, and we accomplished some great things. We turned an old-fashioned bakery into a modern yet still unique food factory.”

As fate would have it, Kevin had never intended to join the family business but, in his own words, “Nobody else was willing to do the hard job.” This modernisation was the next step in the evolution of Kee Wah. The bakery expanded its offerings enormously. When Kevin joined in 1995, it offered around 100 items; today it offers more than 500 items – a diverse selection well beyond its original range of traditional Chinese pastries. 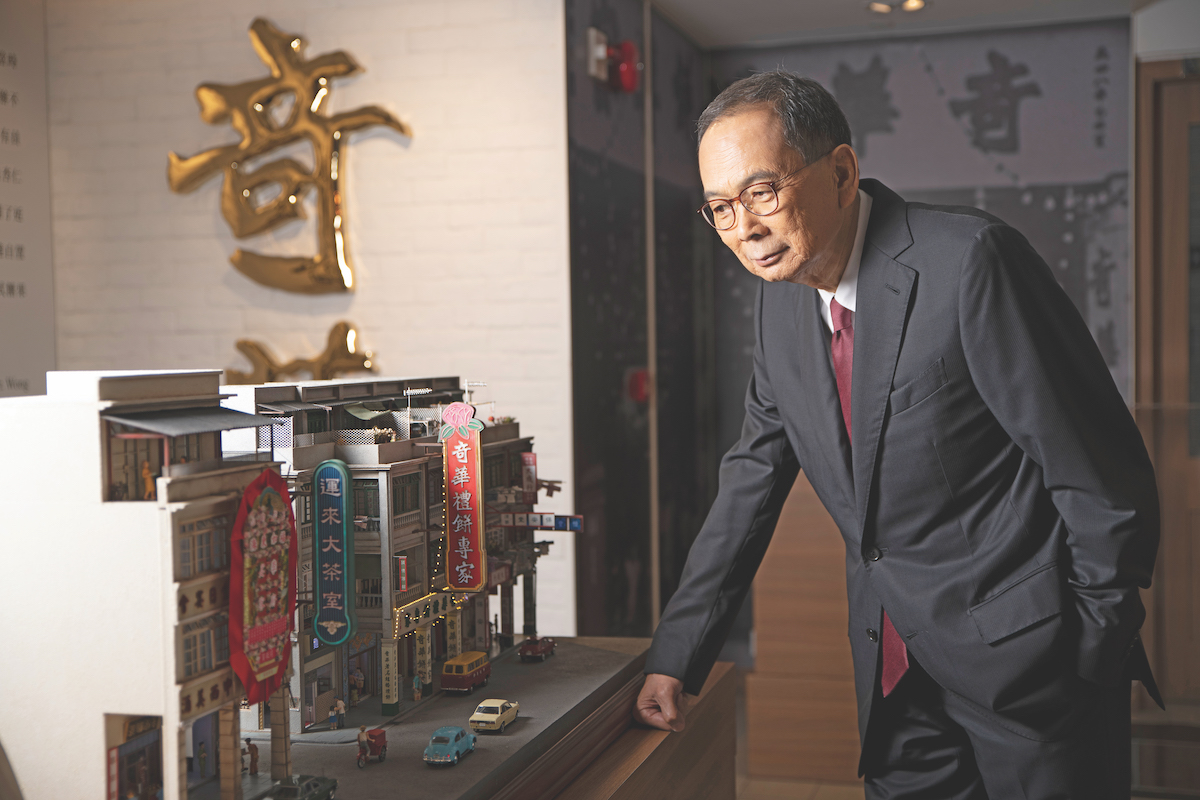 “I wouldn’t want to see Kee Wah go down,” Kevin says of his decision to join the business. “When Western pastries kept growing in popularity, our area of business, what we call traditional Chinese pastries, was going down. There is only a handful of traditional Chinese pastry types. That’s why over the past 25 years we developed a lot of other products – not Western, not Chinese either, but Hong Kong products. But at the heart of every decision, we’re dedicated to quality.”

As part of the transformative process, Kevin also revamped the branding with the help of renowned designer Suen Siu Wah. The redesign reworked the “corporate identity, product packaging, outlet interiors and staff uniforms”, which also went a long way towards making Kee Wah relevant to a younger crowd.

This can also be credited to partnerships with public clients like Disneyland and Ocean Park – now that Kee Wah supplies products to such places, it can not only reach younger customers, but also be more relevant to them.

That little family spin on Kee Wah’s advertising is apt, given how central family has always been to the bakery. “It’s still a family business,” says Kevin.

“It’s still a family business. We have our heart and soul in everything we do, with results.”

“We have our heart and soul in everything we do, with results. When my father was still around, whether it was our shop floor staff, delivery drivers or corporate team members, his influence drove us all to take pride in delivering products and services that make our customers happy. Other businesses are often accountable only to shareholders, and only care about the profits and their bottom line. But we value our reputation, and especially our family name.”

It’s certainly a heritage to take pride in. Kevin’s late father, Yip Wing, was the eldest of 14 children in a poor family and started working from the age of 14. Just four years later, the elder Wong had become the head of a small grocery store, and not long after, Kee Wah was born.

“I adored my father, the way he treated people,” Kevin says fondly. “The way he treated the family – his parents, his children, his brothers and sisters and friends. I don’t think I can do as much good as him, but I’m trying to do this for the family. That’s why I joined and that’s why I’ve stuck with it.”

Today, Kevin’s brother serves as Managing Director and Kevin’s sons and nephews work alongside them in Hong Kong. In the US, where Kee Wah has stores in Los Angeles and San Francisco, Kevin’s sister and nephews run the store in LA, while his daughter oversees Kee Wah in the latter.

“I am beyond pleased to see the third generation of our family working in Kee Wah,” Kevin enthuses. “Their dedication and passion for the business is exactly what is needed to fuel Kee Wah’s growth as we approach a new era.”

While Kevin concedes that working with family can complicate matters, he believes diplomacy is vital in maintaining a deeper relationship with a colleague and relative. On the flip side, he believes one can trust their family more, and they’ll have greater dedication. 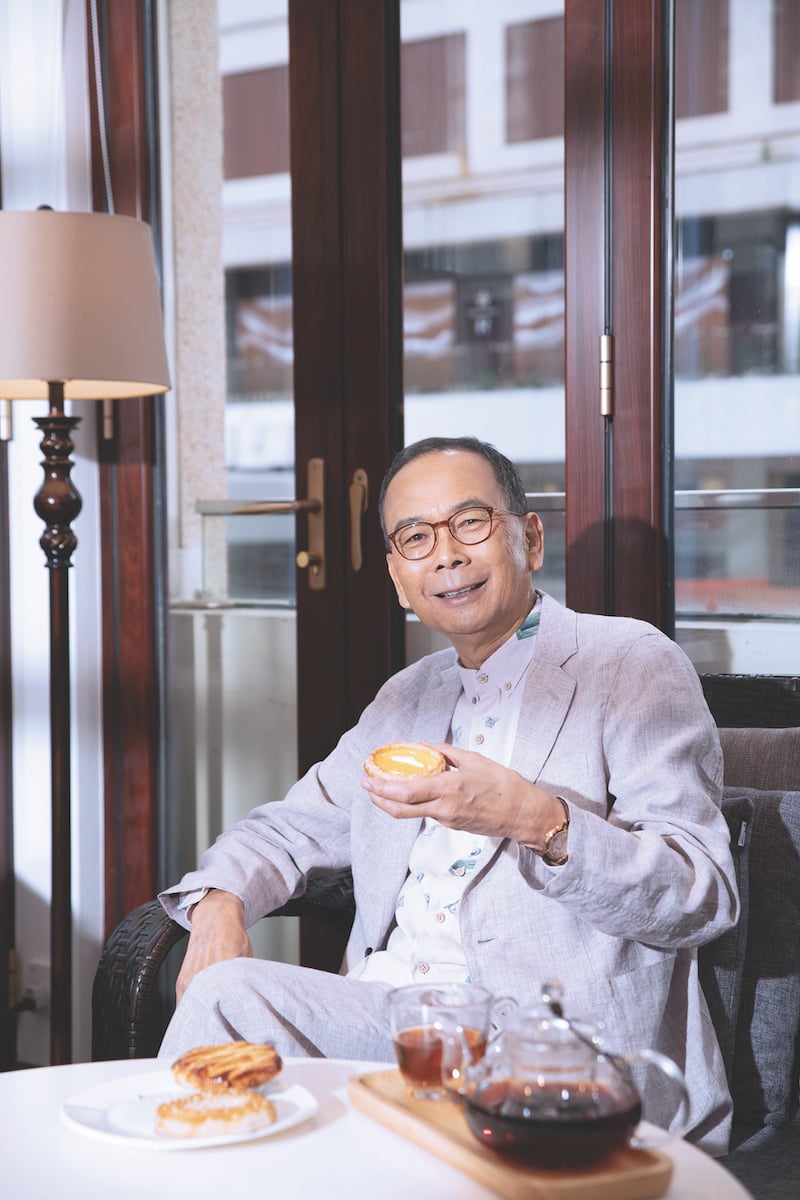 But this isn’t to downplay the importance of diplomacy in dealing with non-family colleagues; it’s equally crucial in empowering one’s workforce. “To motivate your team,
I think you have to set a good example,” he says.

“Whatever you do, they will usually follow. If you’re shouting at your staff all the time, they’ll shout at their team too. If you’re kind to them, if you talk nicely to them, they do the same.”

The ‘do as I do’ philosophy is also key to Kevin motivating his team. “If you are motivated and demonstrate it on the job, they will share that feeling,” he explains.

Even with the changes Kee Wah has made over the past 25 years, that future is crystal clear, and Kevin’s efforts to modernise the brand show no sign of slowing down. While physical retail remains the focus of Kee Wah, ecommerce represents a new avenue for investment.

The online space keeps expanding, though Kevin notes that the Hong Kong market hasn’t yet taken on the same online shopping habits as the US or China. Nevertheless, as part of Kevin’s digital strategy, the company is launching a new online store early next year.

One of the central pillars of Kee Wah’s physical retail is the Mid-Autumn Festival. Mooncakes are a key tradition of the East Asian harvest festival, attributed to rebels of the 14th century Mongolian Yuan Dynasty, who would send each other secret messages hidden inside the pastries.

The importance of the mooncake thus makes up a considerable portion of Kee Wah’s revenue, and Kevin hopes to build further corporate relationships around this.

Geographical expansion is also on the cards, particularly in mainland China. Kevin notes that with only 15 stores on the continent, there’s room for many more. At the same time, he’s wary of expanding the business just for the sake of it. In his mind, there’s no need to simply have the highest number of branches in Hong Kong or anywhere else, just to be the best.

“We’re Hongkongers,” says Kevin. “We want to make Hong Kong proud. This is the spirit of Kee Wah, something that makes it a little different from other companies.”

Kee Wah Bakery boasts exceptionally long-term, productive supplier relationships, such as one with Hong Kong-based Lam Soon Products Supply. The edible oils and flour supplier has a legacy as long as Kee Wah’s, having been founded in the 1930s and, to this day, Kevin ensures partners like Lam Soon profit just as much from the partnership as Kee Wah does.“We treat them like family,” Kevin says. “Every year when we have our annual dinner, we invite all our suppliers. The thing is, we don’t like to take advantage of people. As I always say, you treat people good, people treat you good.”

Though the company employs 1,500 people in Hong Kong alone, and thus needs to maintain a healthy bottom line, finance isn’t the company’s mission. “Profit is not our top priority. The important thing is our reputation, and the taste and quality of our products. Not only using the best ingredients possible, but also making products that people want to share with their friends and family. For example, we could make 100 good-quality cakes, but we wouldn’t increase that to 110 if it would affect our quality.”

That commitment to quality above all else is exactly what Kevin looks for in his team members. Even Kee Wah’s bakers, no matter how simple the pastry they’re creating, must be able to leverage dedication and passion in order to craft the quality products for which Kee Wah is known.

“When I was in Japan, I saw an old noodle-maker,” Kevin recalls. “I’m sure he’d been making noodles for 60 or 70 years. I watched every step he made, and he was very serious about it. He weighed every single noodle to make a bowl, instead of guessing how much it weighed. He’d make sure the soup tasted right by tasting it. He didn’t just say, ‘Oh, I’ve done it for 50 years, I know what I’m doing.’ He cared about what he made and tested it every single time.”

No matter how much Kee Wah endeavours to modernise itself, it seems that same loving commitment to quality will continue to define the once-tiny bakery.