Leader of the Pack: KFC Africa 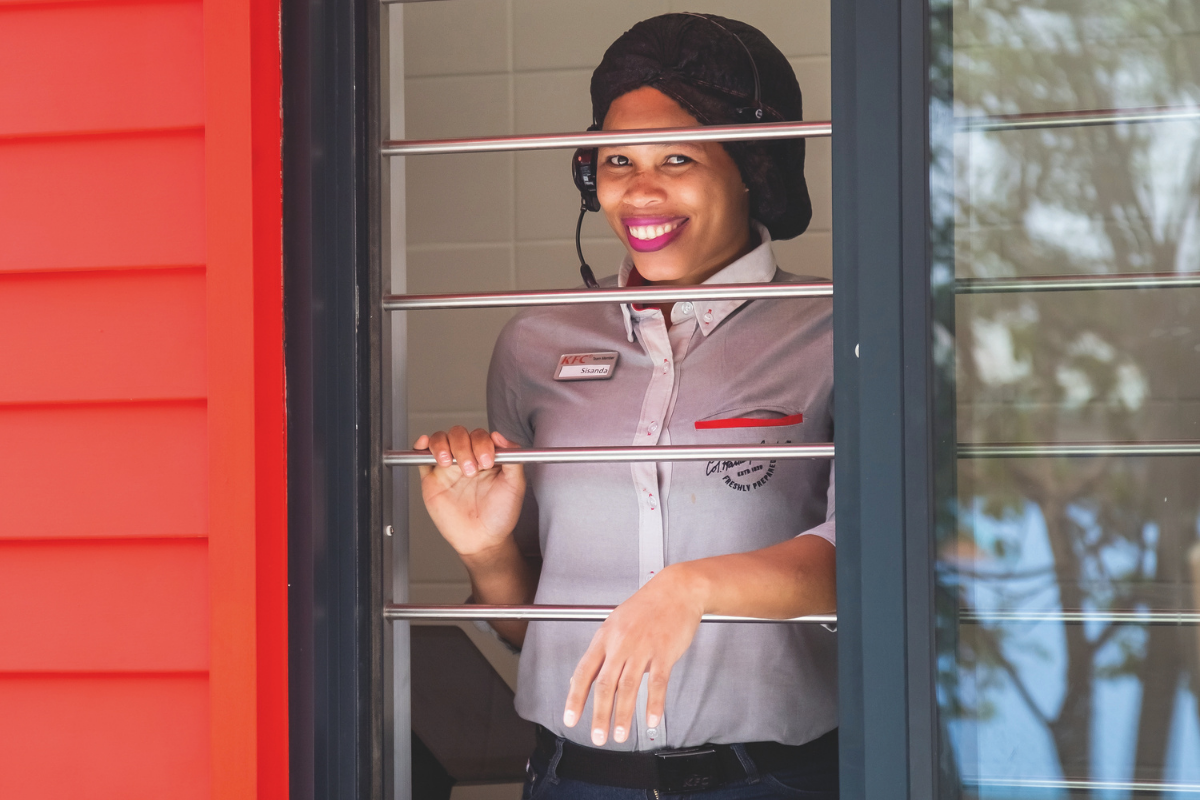 If there was ever a title handed out to the favourite quick service restaurant on the African continent, it would surely be awarded to KFC Africa (KFC). Since its first restaurant opened in Johannesburg, South Africa nearly 50 years ago, more than 1,100 have followed; a reach that extends into 22 of the 54 countries across the region.

It’s a footprint that places the business streets ahead of other fast-food favourites such as McDonald’s, which is currently present in Egypt, Morocco, South Africa and Tunisia, and Domino’s, which has restaurants in seven African countries. Industry accolades have reinforced this leading edge too.

In South Africa, where it is operated by Yum! Restaurants International, KFC has placed first in the Sunday Times Top Brands fast food category since 2004 and was awarded Overall Favourite Brand in 2017.

Sub-Saharan Africa’s biggest economy is by far the company’s largest market on the continent (CNN estimates South Africa accounts for 80% of its African restaurants).

There’s no doubt that much of this success lies in the universal appeal of the restaurant’s ‘Finger Lickin’ Good’ chicken (a slogan the company has suspended due to the COVID-19 pandemic), hand-breaded with the Colonel’s secret recipe of 11 herbs and spices.

To step inside a KFC restaurant is to enjoy a consistent taste experience guaranteed by global preparation processes and quality standards, whether in big cities or smaller rural areas. Yet a ‘think global, act local’ strategy is also at play.

While innovations from around the globe are brought to African shores, the company also understands the importance of value and product innovation designed for the continent. This means adding jollof rice – a classic West African one-pot dish of rice, tomato stew and seasoning – to its menu in Nigeria and Gabon.

An A-Z of KFC in sub-Saharan Africa

Tapping into South African fusion culture, KFC partnered with one of the country’s favourite pantry staples, Mrs Balls Chutney, to launch a Zinger Chutney Burger in early 2019. One of the major challenges the company faces in the region is the price of its meals when compared to the average cost of living.

In response, its Streetwise brand has become a more accessible entry point into the menu: its bestselling Streetwise Bucket for 1 delivers both the iconic KFC bucket with a chicken and chips meal for the price of ZAR29.90 (€1.65).

This level of localised innovation, the company says, is something that truly resonates with its customers. Consumer insights serve to unlock new perspectives, develop the next level of innovation and act as a catalyst for creating new value, as well as delivering on its commitment to offer great value for money across breakfast, lunch and dinner. 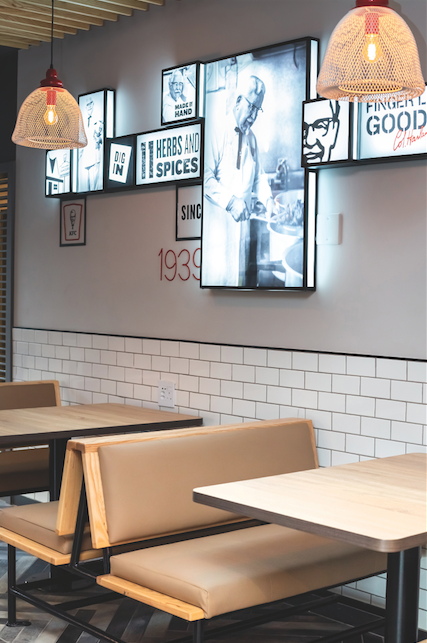 Another secret recipe for the brand is its team. KFC Africa employs more than 35,000 people with diversity in geographies, language, gender and ethnicity. A commitment to ensuring that the customer experience never exceeds that of the employee has created happy, engaged workers, which in turn, results in satisfied customers.

Together, this drives sales and profitability. In the past year in particular, the company has reported significant business momentum, spearheaded by its carefully appointed leadership team, who combined, bring more than a century of experience to the role.

This blend of tenured executives from the global Yum! Network and homegrown talent, with deep expertise and knowledge of South Africa and the rest of Africa, is led by Tarun Lal who, until December 2019 was General Manager KFC Africa and is now Managing Director KFC Middle East, Africa, Turkey and Pakistan at Yum! Brands.

Cricket is one of South Africa’s most popular sports and KFC’s Mini-Cricket is the nation’s largest grassroots development program. Launched in 2009 and run in partnership with Cricket South Africa, the initiative is also one of the longest-running sports development programs in the world. Today, there are nearly 125,000 children aged between three and 12 registered in the program and, over its lifetime, more than 2.5 million children have been introduced to the sport. Beyond a first taste of cricket basics and the hope that it will develop into a lifelong love for the bat and ball, the program encourages children to be active, have fun and boost self-confidence. Life and leadership skills are also nurtured through team sport participation. KFC Mini-Cricket is also one of South Africa’s largest volunteer programs thanks to nearly 12,000 coaches who dedicate their time and effort to the development of these children. During South Africa’s COVID-19 lockdown, KFC and Cricket South Africa launched Mini’er Cricket, allowing program participants to continue to play cricket from home, using common household items like socks and spatulas as sporting equipment.

Despite a challenging economic environment, the executive’s experience in business, finance, human resources, supply chain and marketing is transforming and growing the brand.

One of the key areas of focus for the KFC leadership team in Africa in recent years has been a strategic digital journey that reinforces the company’s customer-centricity and its commitment to catering to their needs.

This transition has involved significant investment, especially in terms of integrating the platform into its point-of-sale, payment and inventory systems, and has quickly proved itself to be another area of business where KFC Africa finds itself leading the market.

Instore initiatives have included rolling out free wi-fi across its restaurants and digital menu boards, complete with engaging video content and menus that cater to the time of day.

A flexible ecommerce ecosystem is another smart innovation: customers can now order online, using either a web browser or a dedicated Android and iOS app, via their smartphone, tablet or computer. It has also partnered with Uber Eats and Mr D Food for delivery.

Globally, the KFC house rules are clearly defined in its values: be your best self, make a difference and have fun. It’s a promise that is alive and well on the African continent.