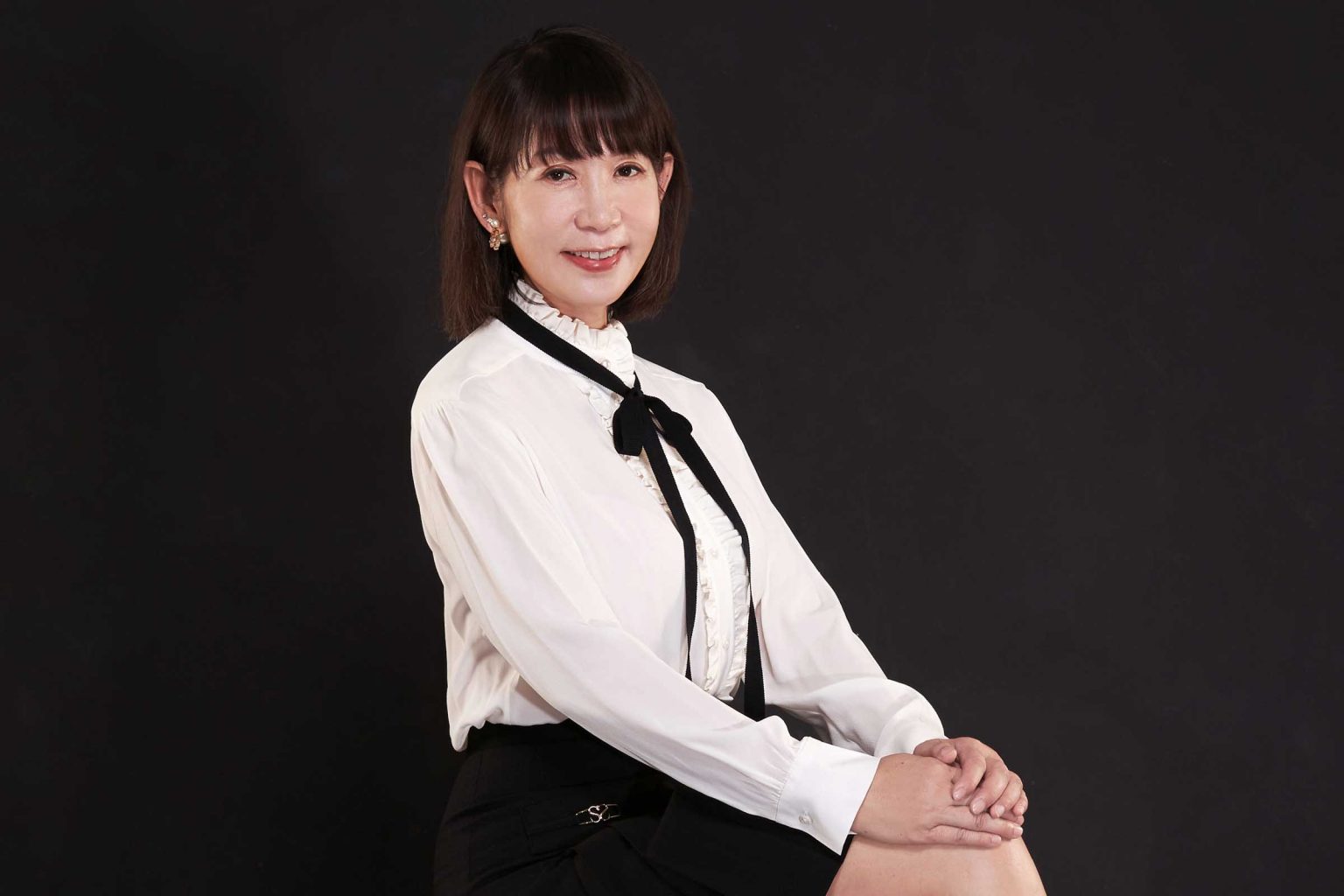 After ordering their tea, the two friends settle into a pair of very comfy chairs and begin chatting. Although hours will pass, they’ll seem like minutes. The flow of the conversation is interrupted only by the arrival of the tea. During the brief respite, the friends sit back and sip the milky, pearly mixture through fat straws. 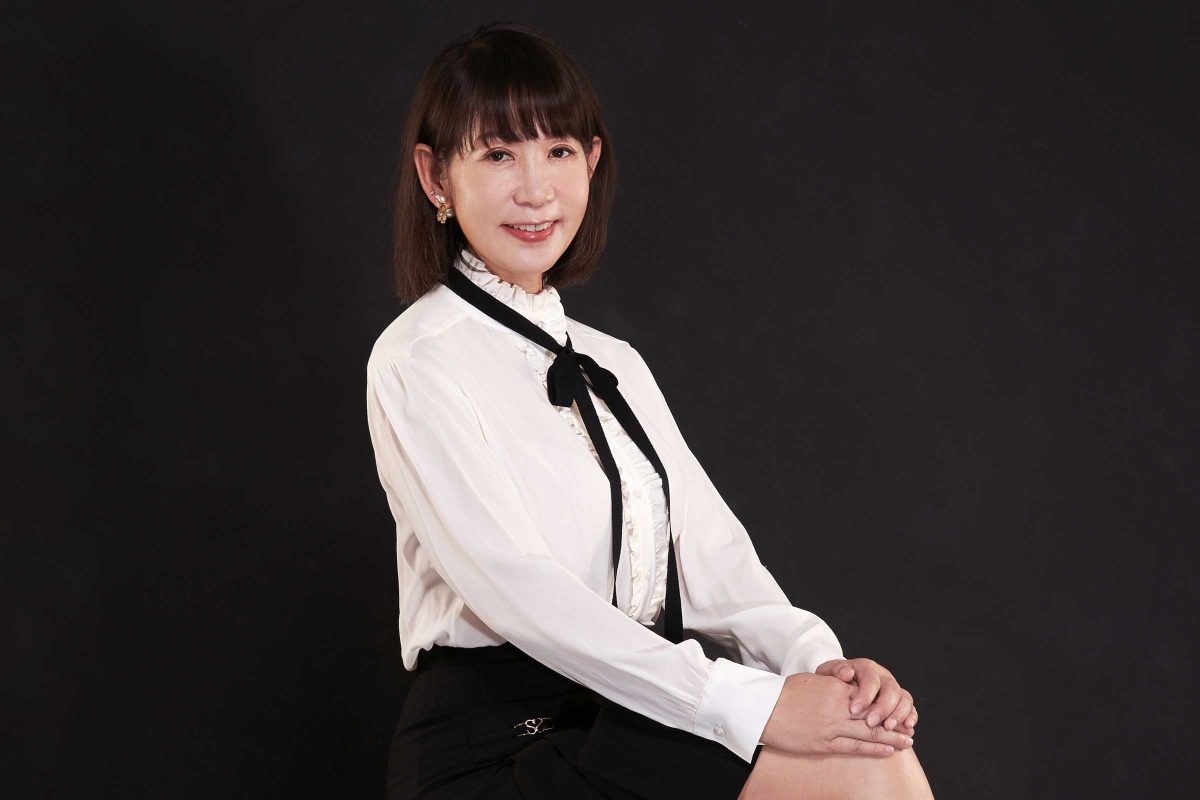 There’s still much to say, but for now there’s nothing to do but enjoy the comforting embrace of bubble milk tea. It may not resemble a ‘traditional’ cup of tea, but bubble milk tea is no less refreshing – or popular.

A sensation for decades in its native Taiwan, bubble milk tea – or pearl milk tea, boba tea or simply bubble tea – is making inroads overseas, thanks to a phalanx of local vendors determined to share their favourite drink with the world.

In 2002, Khloe Ma was tasked to helm the regional franchise operation of 50 Lan in Taichung, her brother’s tea company. The chain, Taiwan’s biggest, featured its own take on bubble milk tea, although Khloe wanted to capture a different market.

“So I came up with drinks that were different from 50 Lan’s,” she recalls. Khloe had always had a passion for the service industry, particularly in the food and beverage sector. “It brings me great joy to see people enjoying drinks I’ve personally made,” she smiles. “Great service will always improve a business.”

Her keen sense of taste allowed her to develop a unique menu, and in 2006, KOI Cafe (now KOI Thé) was born. It’s hard to screw up a cup of earl grey, but bubble milk tea is a much more complicated cocktail.

I love to travel, but wherever I am, if I have a Bubble Tea, I feel like I’m home.

The basic model is black tea and milk mixed with ‘bubbles’ of tapioca or fruit jelly to give the refreshment its distinctive look and texture. Variants abound; bubble tea vendors enjoy experimenting with ingredients, but whatever the recipe, the result is a visually striking drink that’s driving a multibillion-dollar industry around the world.

Challenging 50 Lan’s considerable reach was no easy feat; the chain has 598 outlets around Taiwan. However, Khloe’s extensive travels had left her convinced of bubble milk tea’s viability in other countries.

“I love to travel, but wherever I am, if I have a bubble tea, I feel like I’m home,” she says. KOI Thé took its first step outside Taiwan in 2007, when Khloe brought her brand to Singapore. Although she didn’t know it at the time, the Toa Payoh outlet was the first of many to come.

“I started fresh there. I hadn’t planned on becoming a businesswoman, and I was forced to keep things small at first,” she admits. For a time, Khloe personally carried 25-kilogram bags of sugar from store to store because Singapore drivers were prohibitively expensive.

“You have to do things step by step,” she advises. This practice continued even after the brand had expanded; drivers were only hired once there were too many outlets for her to deliver to. “You can only grow once the business has stabilised,” Khloe points out. “And you can only stabilise through initial hard work.” Khloe hired mostly young staff. Undeterred by their lack of experience, she immediately began to establish a culture based on trust. “Trust is the most important ingredient,” she says.

“If you don’t have trust, you don’t have a business.” The young crew initially had issues with providing consistent service or taking the customer’s point of view. “It’s hard at that age,” Khloe concedes.

“But we kept educating and training them in the tenets of service and quality control, all with the overriding need to make customers happy with our drinks.” According to Khloe, the culture of KOI Thé is to persist in making a good cup of tea that makes customers happy. “That’s the one and only motto for KOI,” she says.

“Because drinking tea should be a happy deed.” Quality control was another early hurdle. “It’s easy to insist on stringent quality control, but it’s hard to implement it,” she reflects.

“You’ve got different water quality issues from country to country, so you have to adjust water filtration equipment accordingly. You’ve got different staff training methods that need different standard operating procedures according to a country’s needs.” There’s also a strict adherence to the three Rs – reduce, re-use, recycle – as the company gears towards a greener footprint. 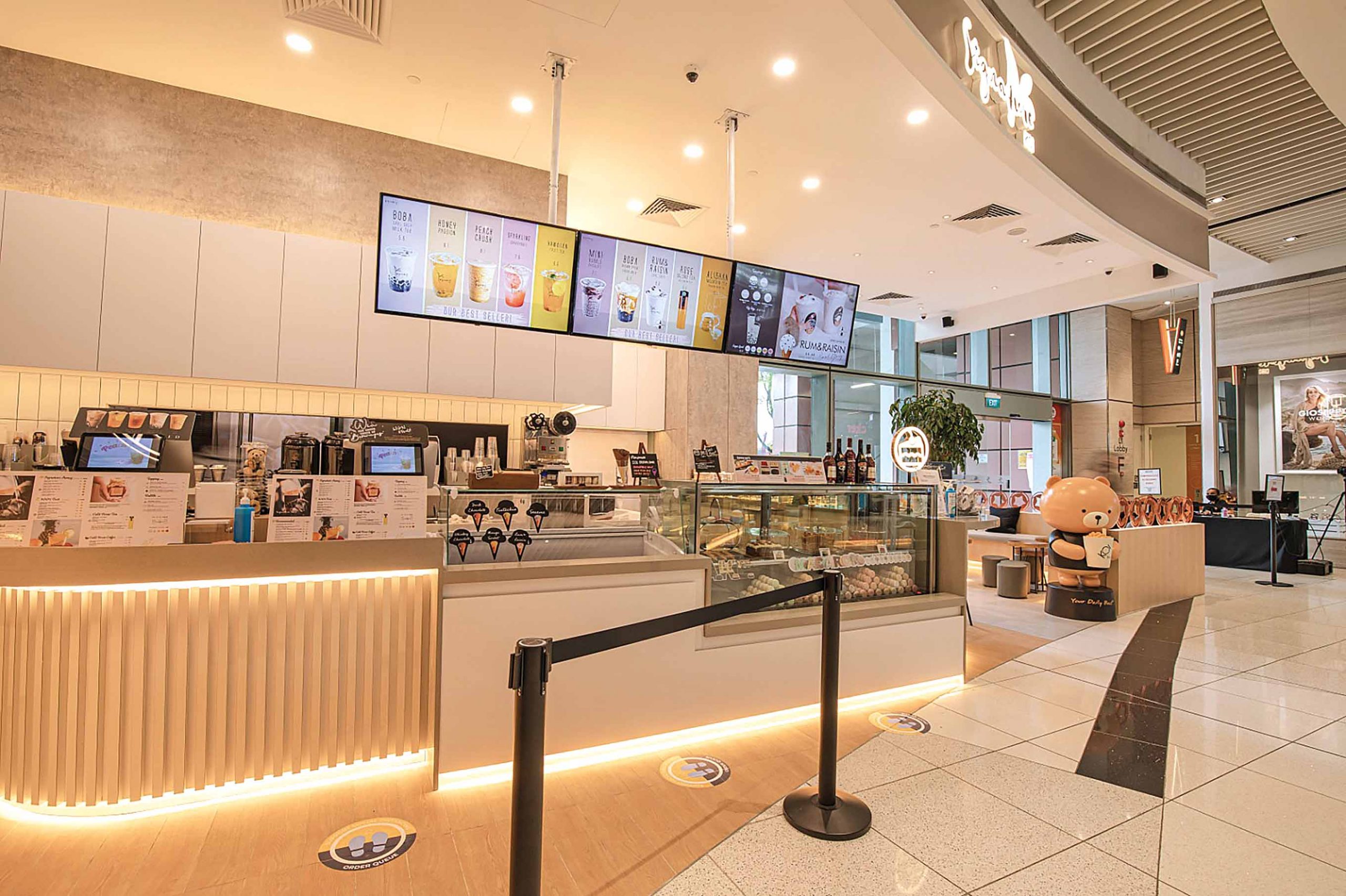 “We source our raw ingredients from green mark manufacturers, and we feature eco-packaging,” Khloe reveals. “And we encourage our customers to recycle.” This, she says, is what goes on behind the scenes to make sure customers can enjoy the same bubble milk tea at any KOI Thé around the world.

Over time, Khloe watched her young team mature into an autonomous unit, able to independently manage KOI Singapore while she pushed the brand even further abroad.

“Many of them had never been overseas when they joined,” she says. “They’ve since followed KOI and had the opportunity to see the world.” One of her early hires was Daniel Huang, who was just 18 when he applied for a job at Singapore’s KOI Thé. Today, he’s the Regional & Singapore COO and oversees South-East Asian operations.

“Watching my staff grow and being able to see the company grow with them is one of my greatest achievements,” Khloe beams. “It’s so important to empower local management to make operational decisions, as they know what’s best in their market.”

While bubble milk tea is very Taiwanese, global tastes have changed. Today, the photogenic quality of food and drinks is as important as flavour. “There’s been a gradual shift from the pure satisfaction of taste to an enjoyment of the visual experience food can offer,” Khloe says.

“People will often take pictures of their food or drinks before consuming them.” Bubble milk tea, with its pearly orbs and colourful presentation, is among the most Insta-ready – a massive value-add for its market.

It’s so important to empower local management to make operational decisions, as they know what’s best in their market.

KOI Thé’s signature Golden Bubble Milk Tea is a stunner even by these standards, to the point where there’s a hesitancy to drink it lest the visual splendour be spoiled. “We’re constantly working to make our bubble milk tea even better in this regard,” Khloe confirms. However, the struggle to keep costs down, mostly related to premium ingredients, marked KOI’s first two years in business.

“When we first started in Singapore, local bubble milk tea was less than a dollar a cup,” she remembers. “The tapioca pearls wouldn’t last long and there weren’t many of them.” This gave Khloe an easy way to counter-program, offering bigger, more colourful pearls that could stay fresh longer, but at the cost of increased premium ingredients.

“We were criticised for being too expensive,” she recalls. “But then customers realised our drinks were a more premium offering. And besides, they had a lot more pearls.” Slowly, the KOI Thé difference took hold. After managing the brand for two years, Khloe decided to step away to achieve her Executive Master of Business Administration.

“I wanted to prepare myself for the challenges of the future,” she says. “I also wanted to improve staff education to cope with the growing demand for talent at a management level.” Khloe likens the upper management echelon of KOI Thé to being on a boat.

“I’m at the helm and I decide the direction, and it’s the team’s job to work hard to move forward,” she believes. “Since we have a presence in so many countries, I can’t take care of each one personally.” In her stead, she sends “bullets”, her strongest team members, to fight for her on each front. 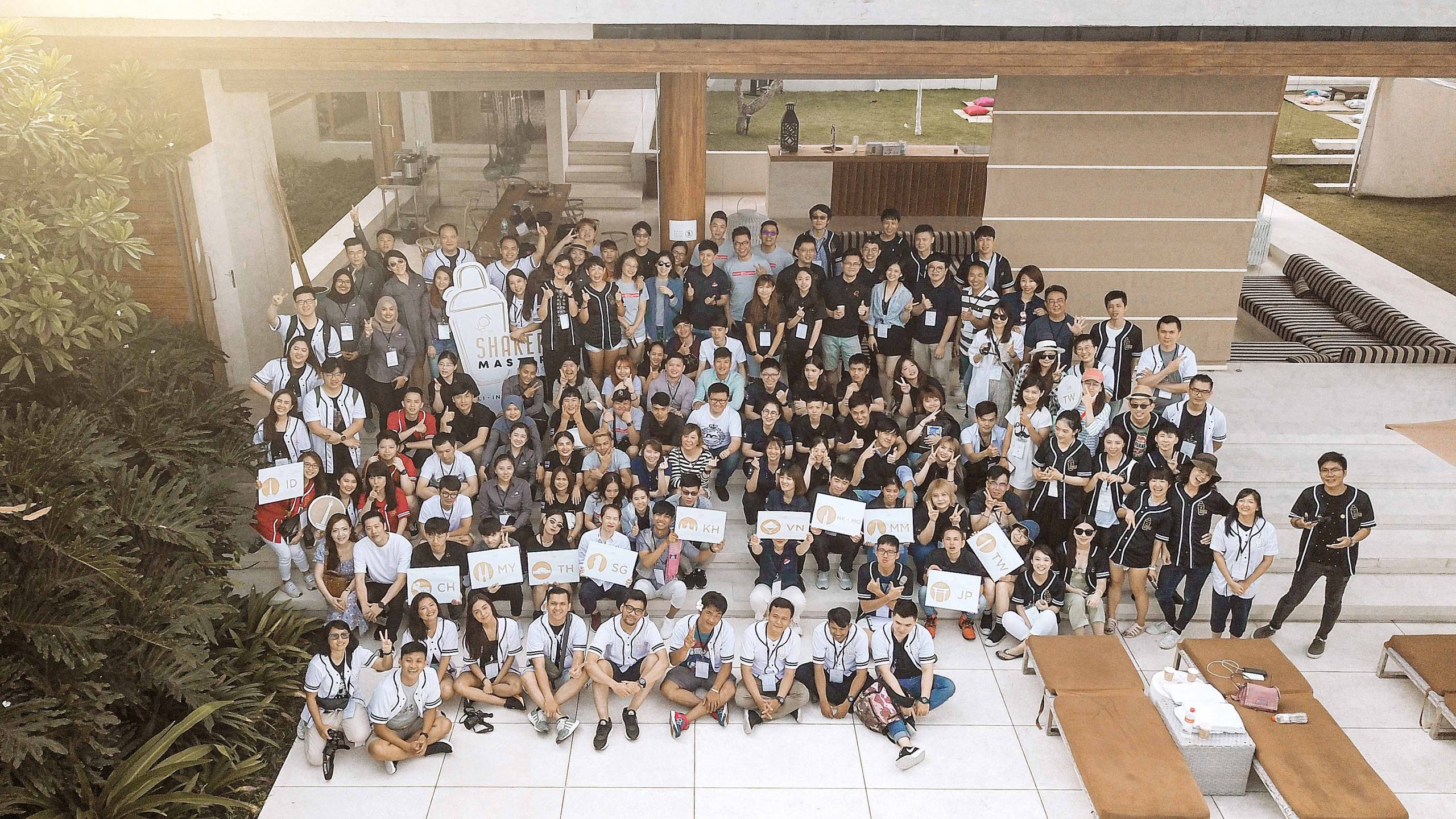 “I have complete trust in them to manage the situation. But if they face an unsolvable problem, I’m their backup.” There was also a need to expand KOI Thé’s network of partners and suppliers, particularly for the sake of quality control. “You have to find partners who share your philosophy,” Khloe says.

“If you partner with KOI, it’s a long-term relationship. We don’t sacrifice manufacturers for small profits.” At the same time, KOI expects its partners to adhere to its principle of prioritising the quality of bubble milk tea over profit.

Since Khloe’s return to the helm, KOI Thé has rapidly expanded across Asia as dedicated fans (and bubble tea fans are dedicated) lap up her offerings. Customers in Vietnam, Thailand, Mainland China, Cambodia, Japan, Indonesia, Malaysia, Macau, Hong Kong and Myanmar can all experience the taste of Taiwan.

Stores in New York and Dubai have helped make Khloe’s sense of home even wider. Although the COVID-19 pandemic disrupted plans to venture to Australia and Europe, Khloe says the quest isn’t over.

“We’re closely observing the situation, but we’re ready to deploy globally at any time.” Food delivery, one of the biggest winners of the pandemic, has also helped KOI Thé find its footing in an uncertain time.

“The delivery platform is booming. And since we’re mostly for takeaway, we’re quite blessed to be able to survive.” The two friends in the comfy chairs have just ordered a second round of Black Tea Macchiatos, another of KOI Thé’s signatures. “The bubble milk tea culture is simple,” Khloe says.

“There’s no racism, no political prejudice, and it’s an international affair. Connecting over a cup of bubble milk tea is the happiest thing.” If the friends agree with Khloe’s assessment, they are too deep in conversation to make it known. Right now, they are home. 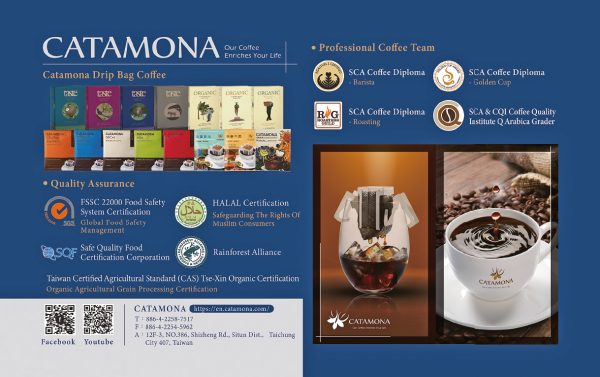 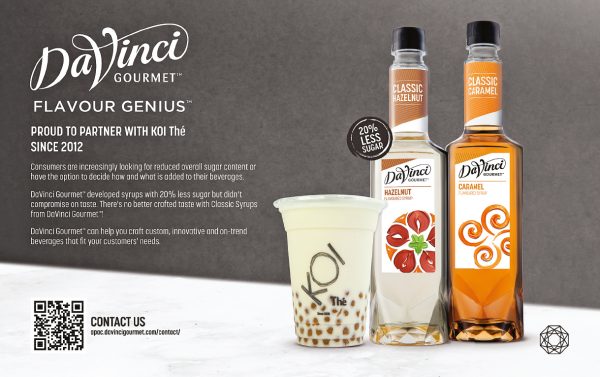 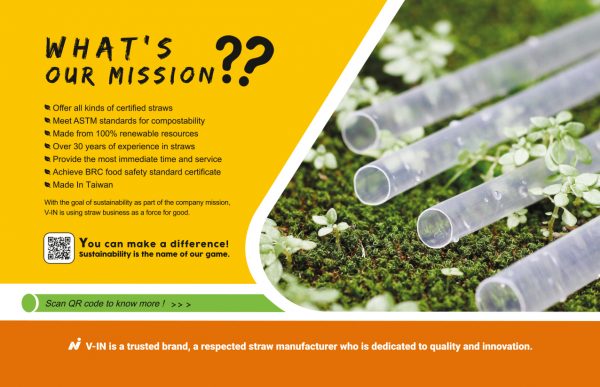 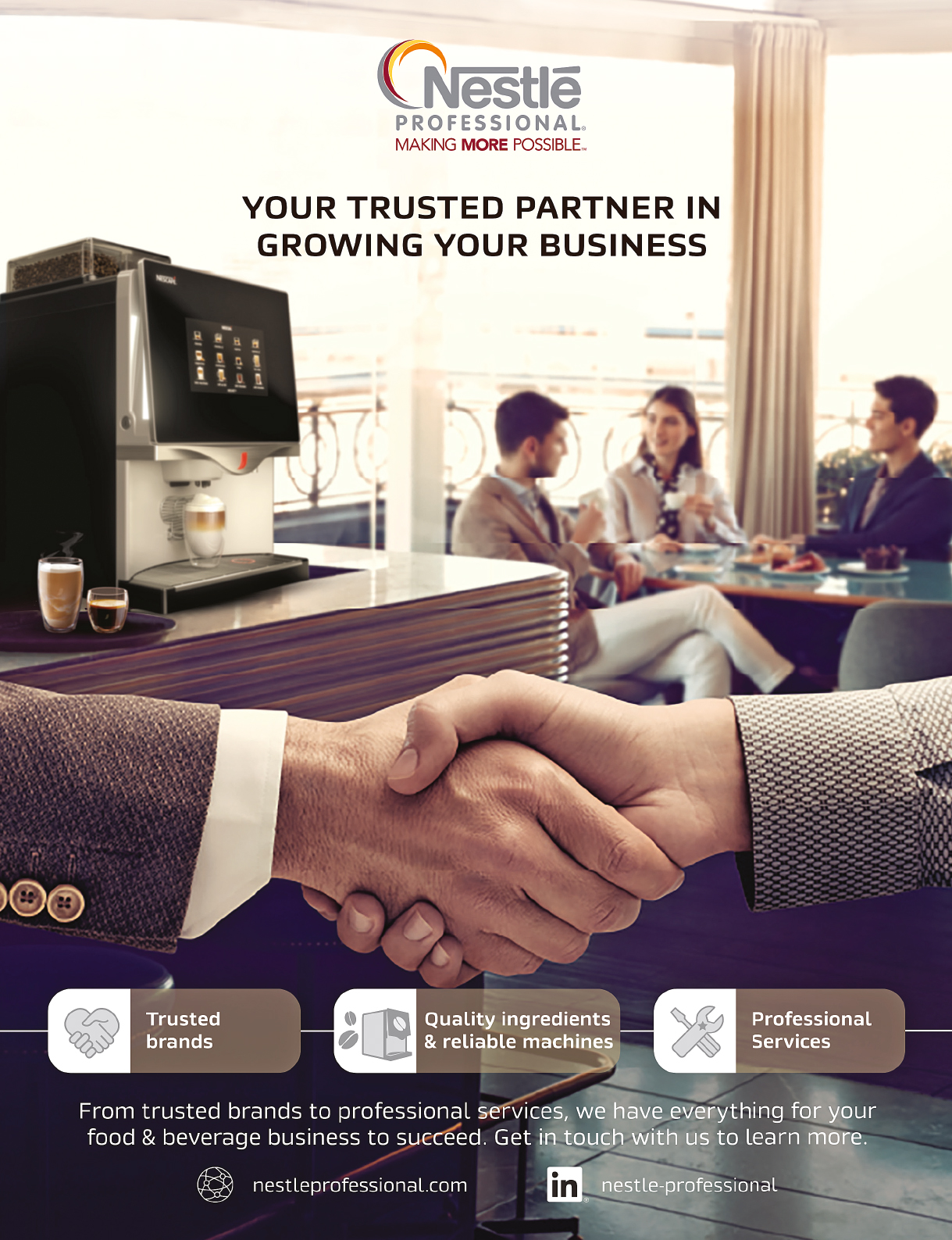