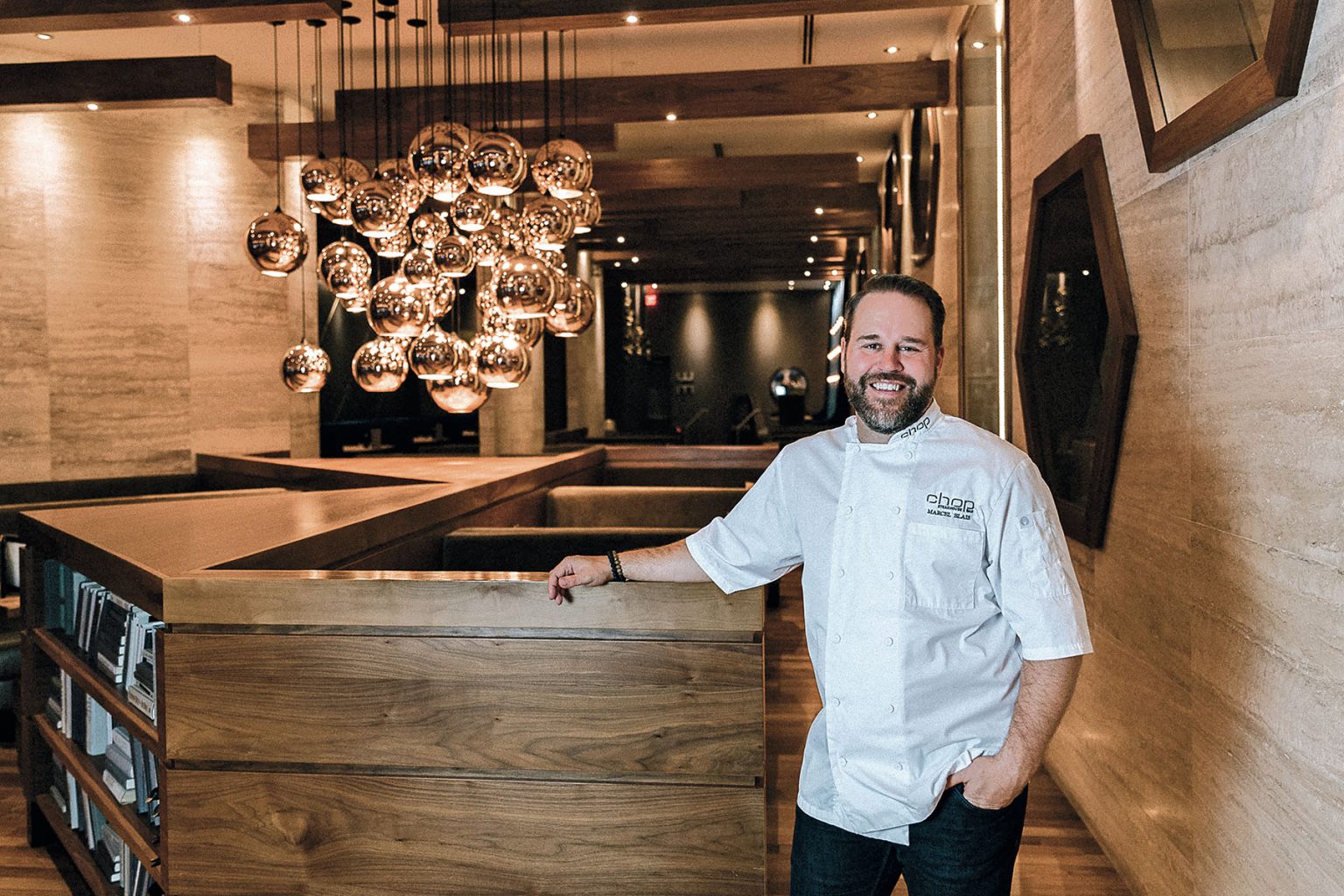 Marcel Blais has worked for Northland Properties Corporation, owners of Chop Steakhouse & Bar, for nearly 30 years, which isn’t bad going considering he only graduated from the University of Lethbridge with a business degree in 2003. 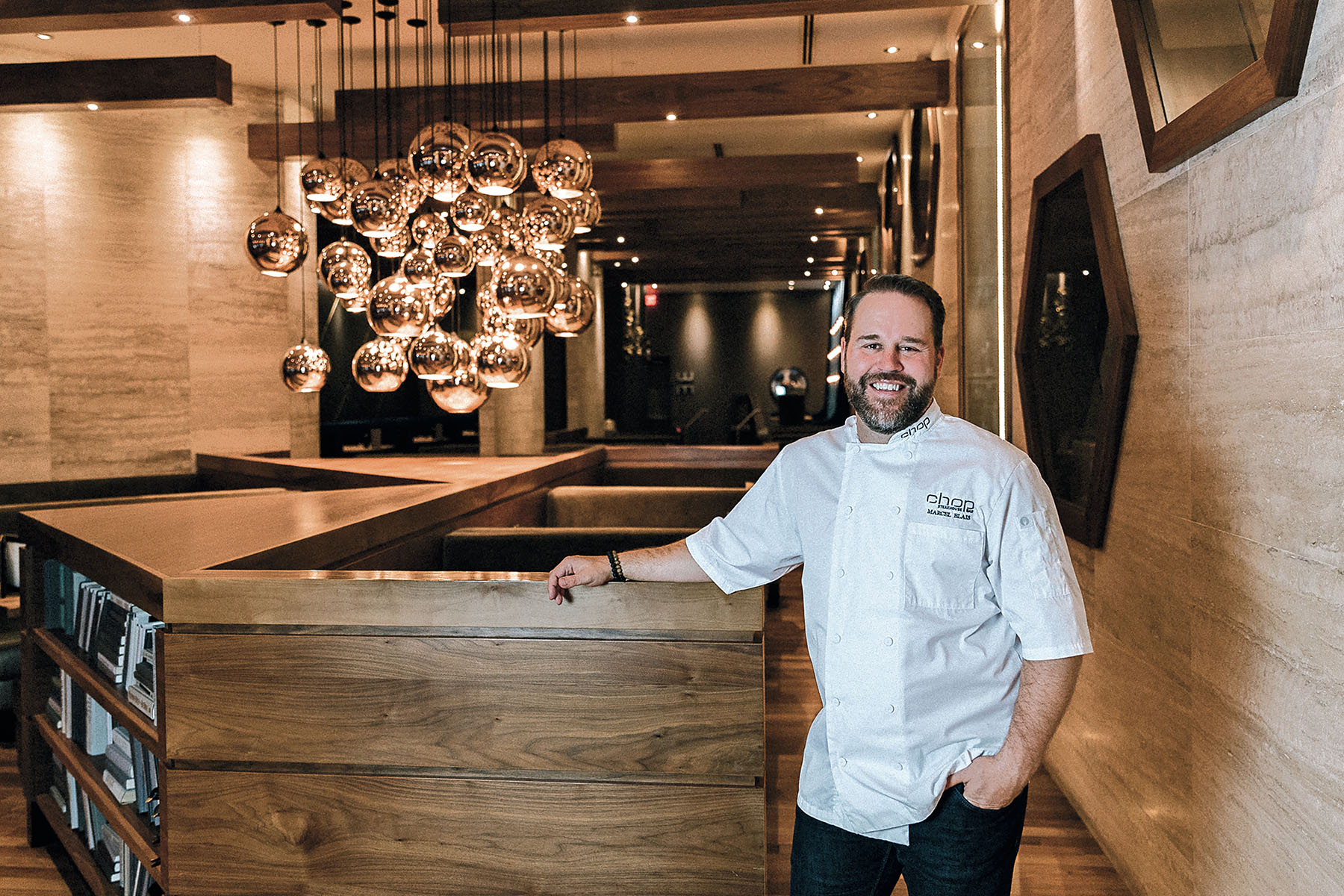 His first job for the company was as a busboy aged just 14 at Moxie’s Grill & Bar, and it wasn’t long before the youngster had impressed his supervisors enough to be promoted to working in the kitchen, serving meals, running the bar and eventually being appointed Senior Assistant Manager.

He loved the atmosphere, the customers and the pressure that comes with restaurant work so much that his first full-time job was at Shark Club Sports Bar & Grill (also part of Northland Properties) in his native Northern Alberta. “Shortly after starting there, my career just accelerated,” the 43-year-old says.

“I became a regional manager, then a director. While that was happening, Chop was being conceived in the background.” Northland Properties, owned by the Gaglardi family and of which Vancouver-based Tom Gaglardi, owner of the Dallas Stars hockey team, is President, has assets of around CAD6 billion (US$4.7 billion).

It also includes the Denny’s franchise in Canada, Rockford Wok Bar & Grill and Sandman Hotel Group. Marcel joined the executive team that aunched Chop as a casual dining experience with exceptional quality Canadian steak and seafood nearly 14 years ago, and has been President for the past seven. Since taking over, he has proven his commitment to the company in an unusual way.

“I’ve been with Chop since we had one location and I’m fiercely proud of the company. So much so that I also actually own two Chop locations in Ontario myself,” he says. “So I’m both President of the company and a franchisee. That’s been an amazing experience for me.”

The company’s 16 restaurants now stretch from coast to coast with headquarters in Calgary. It has also launched in the UK. The rapid expansion shows the huge confidence in the brand’s ability to grow and thrive despite facing some considerable challenges, even before coronavirus hit the hospitality business worldwide.

We’re on track to be the most reliable, trusted steak-eating experience in Canada.

“The sit-down dining industry has had a dysfunctional economic model, with eroding margins, for over a decade now,” Marcel warns. “It’s faced increased competition because there’s so much more access to capital. That used to be a barrier to entry, but not anymore.

“So you’re facing escalating fixed costs and labor costs. We’ve got a very high minimum wage, which has far outpaced inflation. We already had a problem and really, frankly, we’re broken. Our financial model was broken way before COVID.”

Chop’s restaurants were shuttered for several months, but Marcel used the lockdown to concentrate on a plan he had been quietly brewing for some time, one that will secure a robust financial outlook and, more importantly, help Chop set steak industry standards.

It’s an ambitious – and costly – project, and one based on embracing some interesting innovations, including an oven technology widely used by commercial kitchens in Europe made by a firm called Rational. Its products include the iCombi Pro, an intelligent system that thinks for itself and learns over time. It can replace most of a kitchen with two interconnected units that take up a mere 11 square feet and reduce cooking times by 10% compared to the previous model. Chop is already trialling it in several locations and has seen productivity levels soar. “We don’t even use frying pans anymore, believe it or not,” Marcel says.

“We’re going to revolutionize the way kitchens are built across the entire industry, not just the steakhouse segment. Yes, it’s very, very expensive – easily five times the price of a normal oven – but it cooks food so much better, to a very high standard. It can do anything – steam, smoke, broil, bake, grill, oven fry, poach and so on.

“It means we can operate with smaller kitchens and reduce staffing levels by around 25%. It’s a mini revolution – we have even adopted a four-day work week in the stores, which is unheard of in Canada!”

Cutting-edge cooking techniques are particularly crucial when it comes to satisfying the exacting demands of sirloin, filet and T-bone connoisseurs, not a demographic known for tolerating mediocrity.

“The other thing that’s really exciting for us is that we’re one of the founding members of CRSB (Canadian Roundtable for Sustainable Beef). There’s actually now a global movement and Canada is recognized as the leader in sustainability,” Marcel shares. “In March last year, we were the first dine-in restaurant in this country’s history to put a sustainable beef burger patty on our menu. We’re also about to be the first to have all of our steaks sustainably sourced as well. That’s something I’m very proud of.”

“As you can imagine, steak is our bread and butter; 70% of our guests order it, but like every restaurant, we get a few sent back to the kitchen because they’re overcooked or underdone. Or, worse still, a customer says nothing but doesn’t enjoy his meal,” Marcel explains.

“Well, now we’re on a path toward truly perfect steaks, with zero sent back, because these machines reinvent the process to cook the meat in much more advanced ways and are completely consistent in seasoning, resting, cooking, everything!”

It’s no idle boast. Marcel and his team closely monitor their customer ratings on Google, Yelp, Facebook, and so on, and Chop’s average score has crept up to an impressive 4.6 out of five and is still improving.

“We’re on track to be the most reliable, trusted steak-eating experience in Canada. The distance we’ve covered in the last 18 months, the improvement, has been shocking. When we achieve 4.8, we will truly be above the rest of the class.” 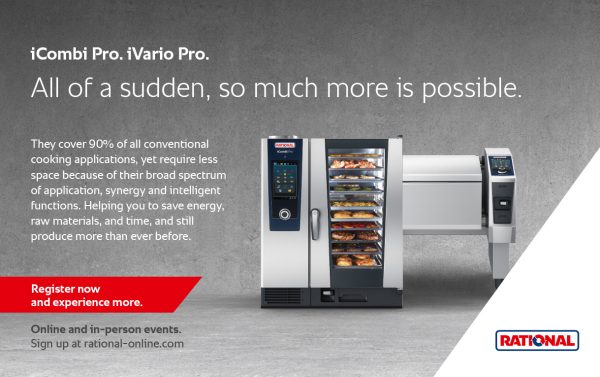