“We are country boys and very proud of it.”: Marty Matassoni & Tom O’Toole 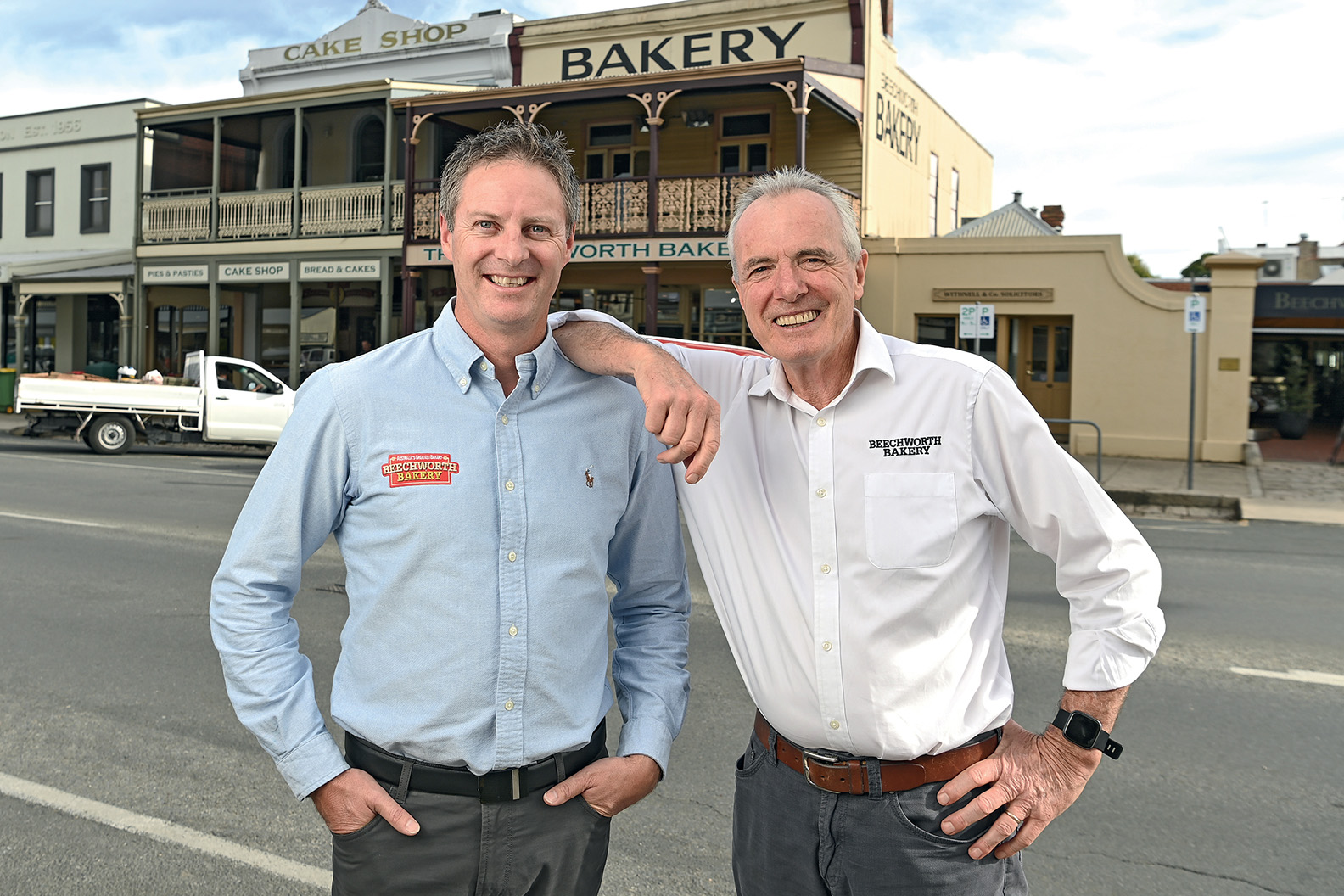 Ever heard of a Ned Kelly pie? The meaty base topped with an egg, cheese and bacon is the signature dish at Beechworth Bakery and has become so popular, owners Marty Matassoni and Tom O’Toole have had it trademarked.

Then there’s the Snickerdoodle, a velvety baked custard tart bulging with raspberries and blueberries, and the Beesting, a bun crammed with apricot jam, the creamiest of custards and crunchy toffee almonds.

To sink your gnashers into one of these beauties, you have to head out into rural Victoria to one of the eight country bakeries that now make up the Beechworth Bakery group. The Beechworth location was the first, its bread-lined shelves and colourful cake cabinets now iconic for both locals and tourists alike.

When Tom bought the “rat-infested” bakery back in 1984, it was a dilapidated country affair or, as he likes to call it, a “mum-and-pop show”, that had hit hard times. His goal was to turn it around, but he went above and beyond, transforming the bakery into a formidable chain that spreads across regional Victoria.

The company now turns over more than A$18 million per year and has 280 staff – a great achievement from such humble beginnings. “There was this rumour going around that I sold drugs because the other bakers couldn’t believe that we could be turning over these figures,” Tom laughs.

He hasn’t done it alone, however. His wife Christine is also part of the team and, for much of the way, he has had the company of Marty Matassoni, who came on board in the 90s when he was still in high school. His parents owned the shoe shop over the road.

“I was a pretty skinny little fellow back then and I just started after school, cracking eggs, peeling onions, stacking the drink fridge, just doing all the stuff to get the guys ready for the next morning,” he tells The CEO Magazine.

Marty loved it there so much, that when he finished Year 10, he decided to take up an apprenticeship with Tom before setting off to travel the world. However, after staying in touch with Tom from those distant shores, Beechworth lured him back and he found himself back in the bakery.

There was this rumour that I sold drugs because the other bakers couldn’t believe that we could be turning over these figures.

The once-dejected town was undergoing a tourism renaissance, driven in no small part by Tom himself, putting the historic gold-mining town back on the map. The area’s links to Ned Kelly, its stunning natural surroundings along with its growing reputation as a foodie hotspot were seeing an influx of visitors, who all had Beechworth Bakery firmly on their itineraries.

When Tom realised the business needed to grow and decided to expand to Echuca, it was Marty who moved over there to set it up – a big undertaking for someone still only in his early 20s. Then came the Albury outpost followed by Bendigo, Ballarat, Healesville, Yackandandah and Bright. Tom decided to take his foot off the pedal when the business grew to three or four branches.

“For the business to grow, I had to go,” he reflects. “I had to get out of the way and, in time, I placed Marty in charge.” He is still involved in the business, promoting it and adding ideas, but the day-to-day running is down to Marty, now the Managing Director. “Marty’s more factual and figures-driven whereas I was a real dreamer. My comfort zone was in the bakehouse baking.”

Things were looking peachy, but when the COVID-19 pandemic struck, it threw a spanner in the works. “We’re a tourist-driven town and the tourists have all gone. In Victoria, people weren’t allowed to leave their homes so we had to rely on the local market in all of our bakeries,” Marty recalls.

“Without the local market, we would have been buggered; we wouldn’t have survived.” Business has since perked up and is in fact going so well that the boys are receiving offers from communities and councils to open new premises in additional towns.

But expanding simply for the sake of it is not what it’s about for Beechworth. Success for the guys is about “living the way you choose” and for them that means making their homes in rural Australia. 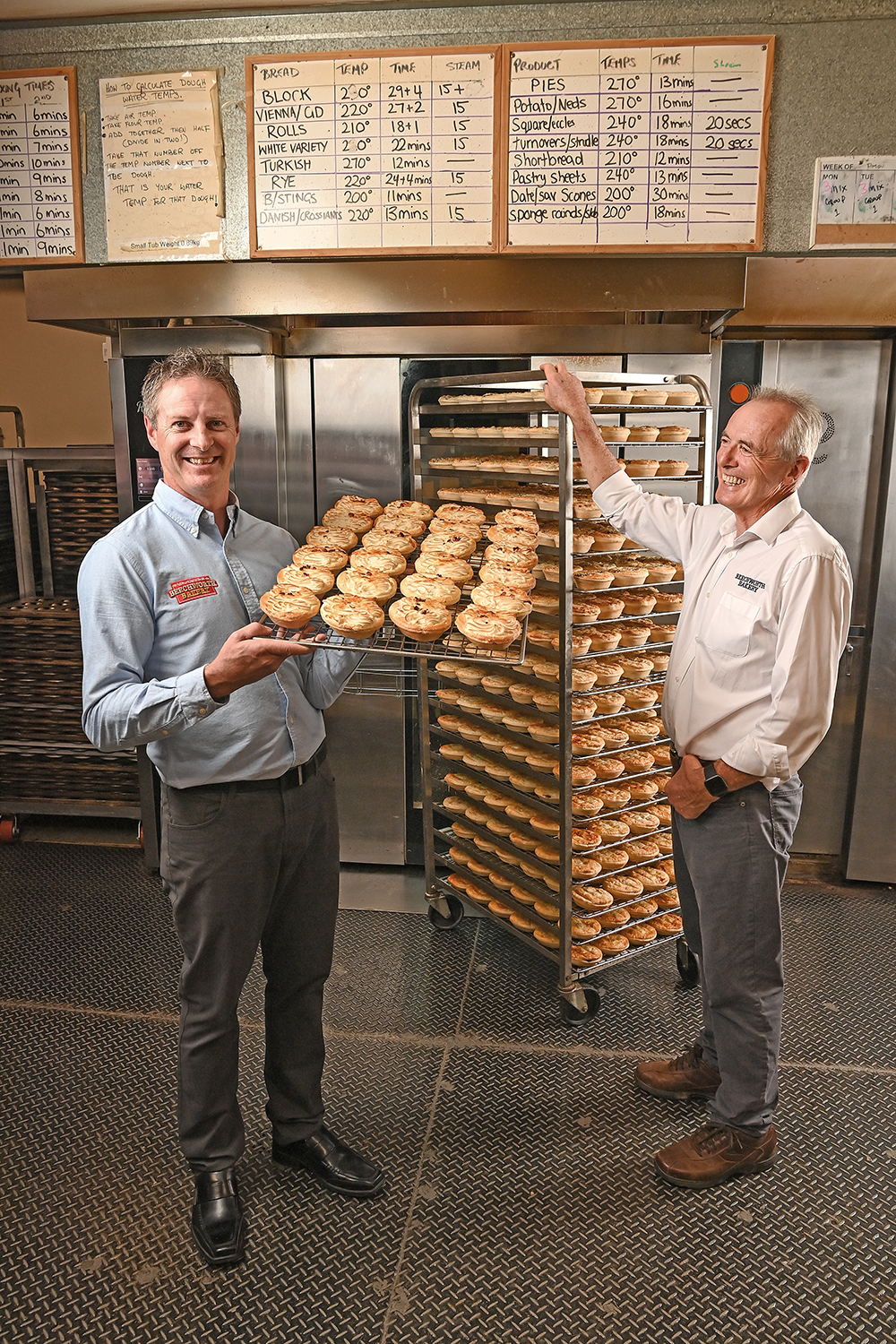 “We are country boys and very proud of it,” Tom says. While it’s tempting to follow the big bucks, that’s fundamentally not what they are about. “We’ve got to be really careful of our egos.”

Instead, the next year will see the duo get creative with some new product ideas and work on optimising their production methods to cater to the growth being seen in each of their bakeries. They are now making a staggering million pies per year across the group.

“We’ve always been a pretty innovative business with product and equipment to make things better and easier for ourselves, so we’re always trying to be smarter in that world,” Marty explains.

“If an opportunity comes up with a new store and the time is right and we’re ready to handle it, we’ll go with it, but we’re not just going to grow for the sake of growing.” Looking after their staff and creating opportunities within the local communities is what strikes a chord with them, and they do that by creating a sense of trust.

“Our bakeries are hundreds of kilometres apart so we have to trust our people and they have to trust us,” Tom says. “It’s all about communication, because any time we’ve had problems with anything, it has been from a lack of communication.” Extensive training has also been an important part of the business model. 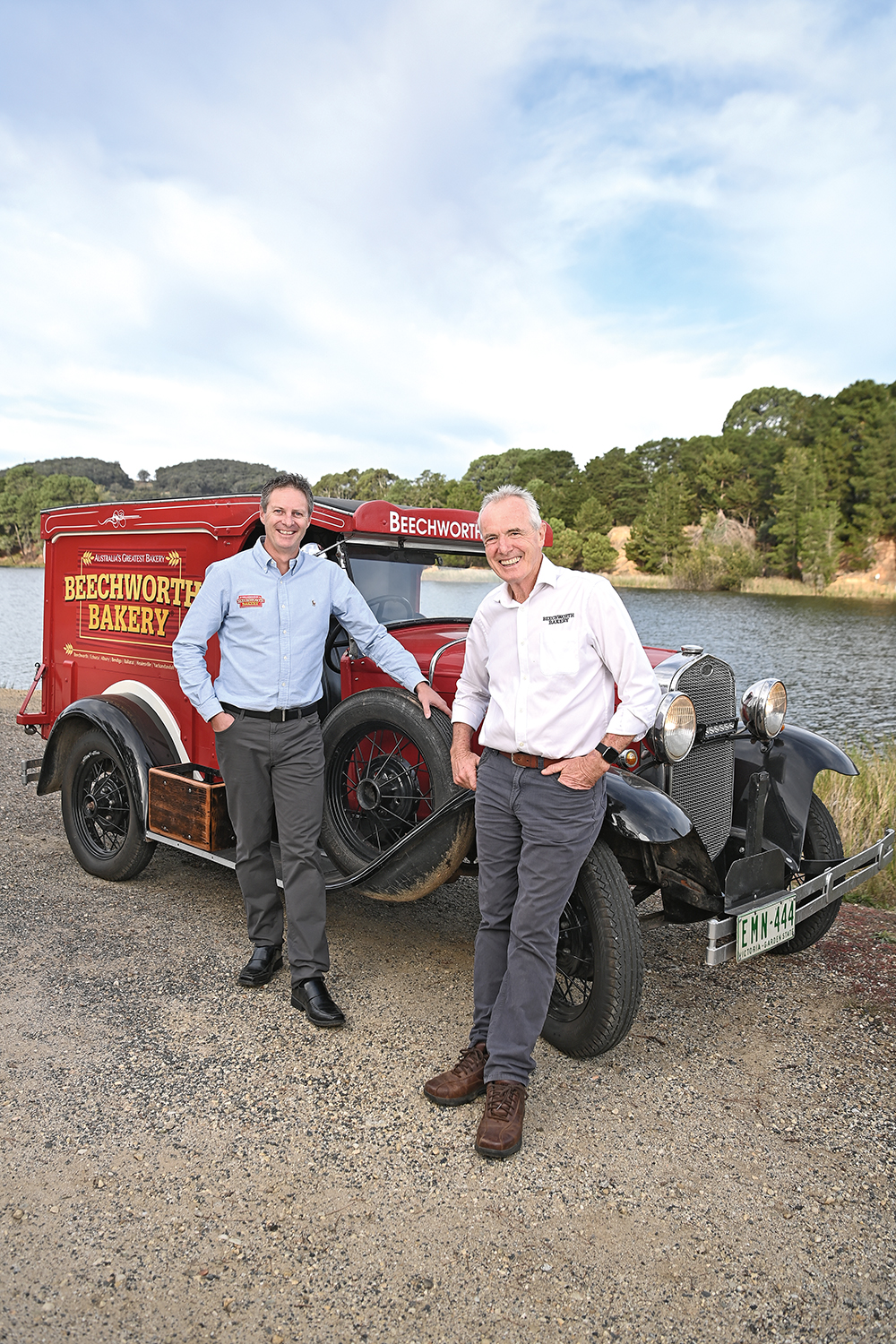 Inevitably, some staff have taken their new skills with them into new roles elsewhere, but overwhelmingly, they stick around because they love working there.

Working with companies that have a similar set of values is a non-negotiable, which makes Cadell Food Service a great match. Beechworth has been dealing with Cadell since it opened the Echuca branch in 2001 and it now supplies four more of its locations.

“They’re a family-owned business and they’ve grown very big like us, quite naturally. If we need something, we can make a phone call and they’ll just drop everything to help us out,” Marty reveals.

“We even employed one of their truck drivers, who needed some extra work through COVID-19. Now he works for us full time.” It is this community spirit and strong connection with suppliers, staff and customers that has driven Beechworth to succeed, even as the bakery space gets more cluttered.

“These days, everyone is selling coffee and cake – there is a heck of a lot of competition,” Tom admits. “Although the potential for growth is enormous; but do you just want to grow for the sake of growth?” Marty is on the same page, at least for now.

His wife, Jo, also works at Beechworth and the pair have a young family, which keeps their hands full. “I think the potential of our brand is absolutely endless,” he shares. “It’ll change at some point over the years, but we love what we’ve got at the moment so we’re going to grow it nicely and look after it.” 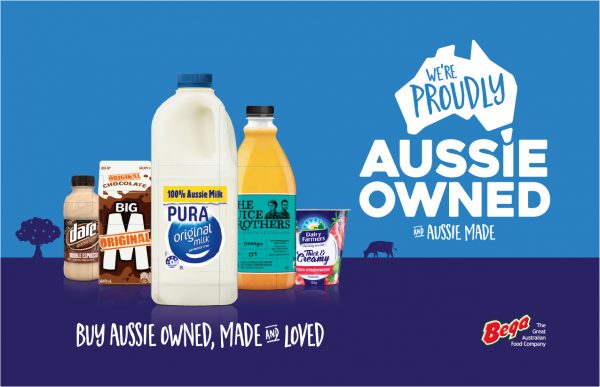 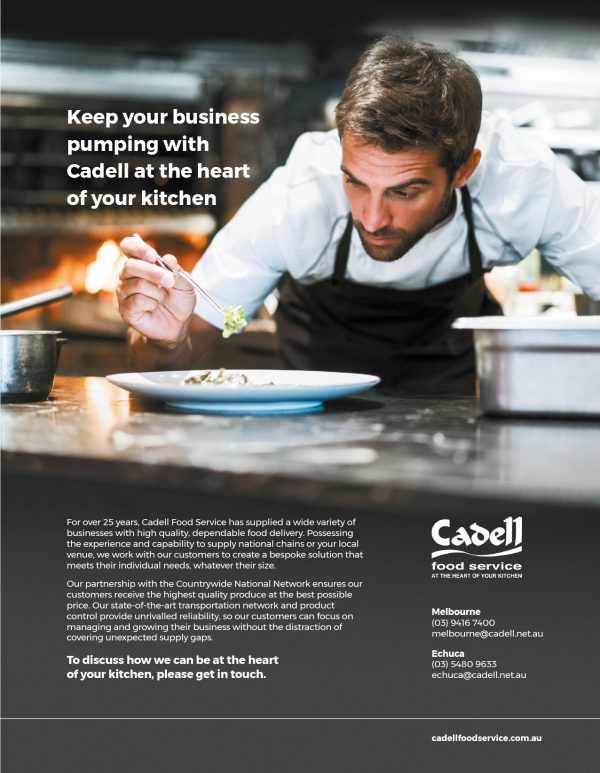