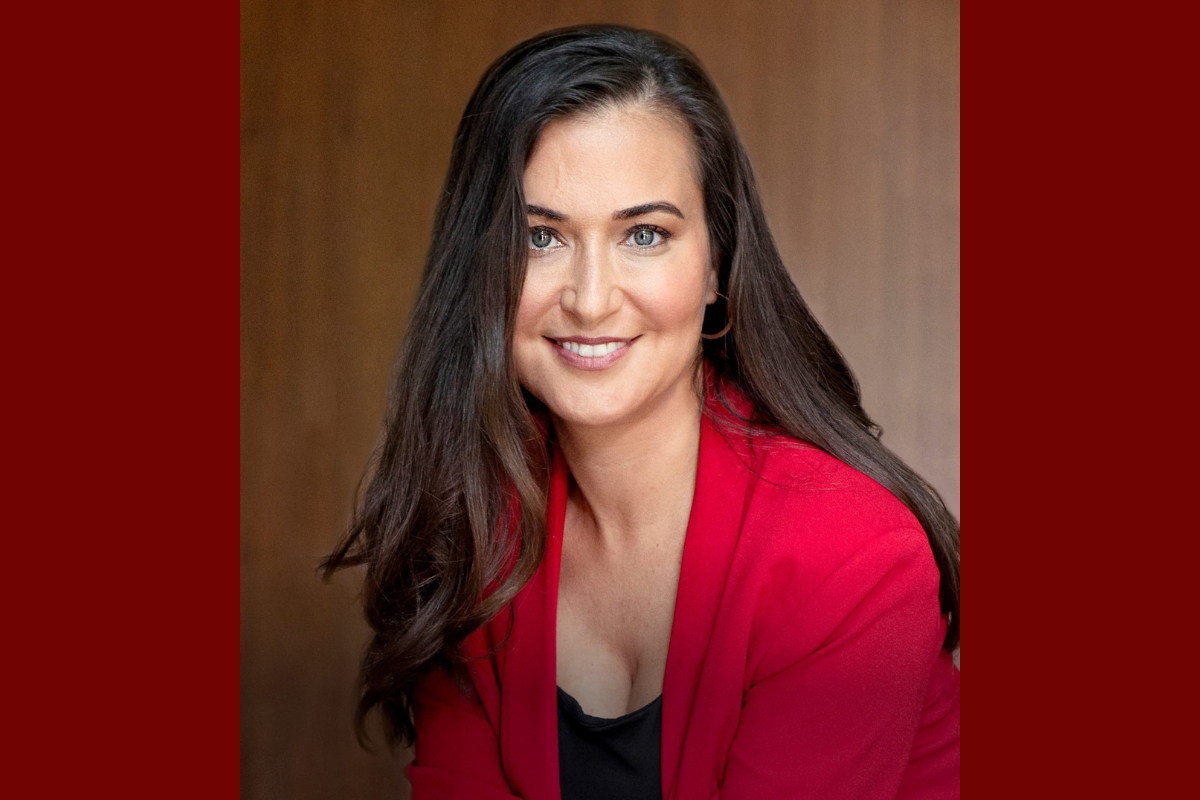 When Melda Yasar Cebe became The Kraft Heinz Company’s Managing Director for the Middle East, Africa and Turkey four years ago, the global food giant did not have the strongest presence in the Turkish market.

Cebe is from Turkey, and in her two-decade career in the fast-moving consumer goods market she had gained an intimate understanding of the potential the country had for brands like Kraft and Heinz to expand there.

“When I started this role Turkey was really one of our small businesses, not in the top five,” she says. “We didn’t have a team on the ground, we didn’t have a proper business model.” 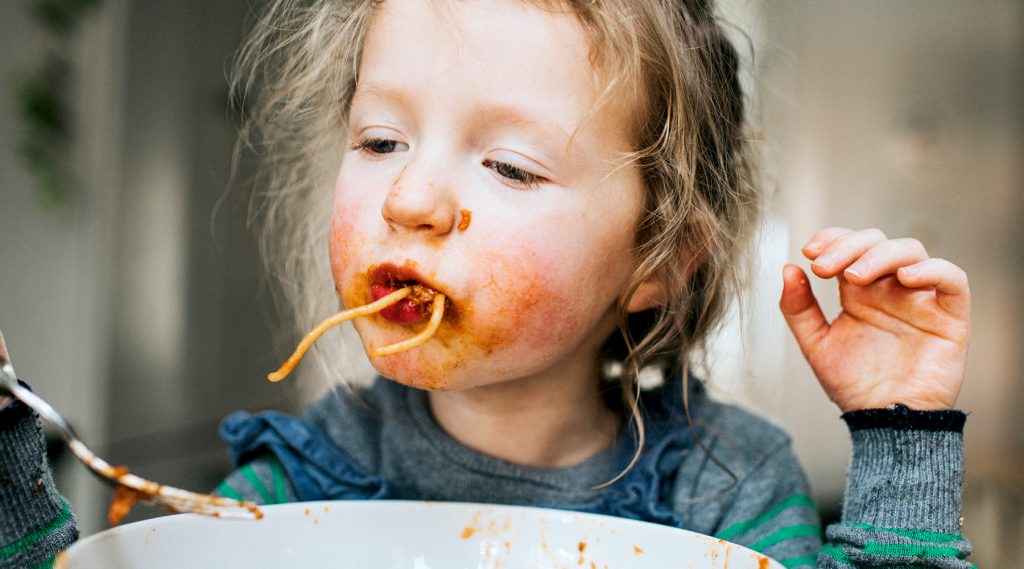 I thought moving to the food industry would be an amazing learning opportunity as the industry is very dynamic and locally driven. food is consumed every day, very frequently, by everyone.

“I had worked on categories in Turkey, like shampoos and laundry detergents, and I knew the growth potential of the market due to its increasing population, GDP growth, strong human capital,” she adds. “I decided that Turkey should be one of our priority markets and set a plan to take it forward.”

However, not having worked in the food industry before, Cebe faced a steep learning curve. “I had worked in many categories earlier in my career – in home care products, cosmetics and healthcare, but I had never worked in food,” she explains.

“I thought moving to the food industry would be an amazing learning opportunity as the industry is very dynamic and locally driven. Food is consumed every day, very frequently, by everyone.”

While the previous categories she worked on, such as baby diapers and hair care, were globally driven categories, the food industry was very local. “Taste is king in food and taste is very local,” Cebe says.

“What people expect in terms of taste is different, so it stretches you to become more local in your thinking. And it’s more locally sourced. So for me, the first opportunity was to enter the world of food, which means being in touch with people on a day-to-day basis,” she says.

The initial step was to put together an on-the-ground team in the country. Cebe went out of her way to find the best talent for this role.

“I recruited the team that was actually at the time more experienced than needed for the business that we had. It was a small business, but we really recruited top-notch Turkish talent on the ground,” she says.

The next stage in the overhaul of Kraft Heinz’s Turkey operations was to find the correct distribution partner, so Cebe entered into a deal with a distributor working with other big names.

With distribution taken care of, it was important to invest in research and development in order to develop a new product portfolio that catered to local tastes. “If you’re not selling the right product for the local consumers, it’s very difficult to win with them,” she explains.

Additionally, Cebe set about ensuring that the food the company sold was made locally. This not only ensured that they reached the shelves fresh, giving them a longer shelf life, but also gave Kraft Heinz a cost advantage, enabling it to be more competitive on price.

“If you want to compete with the strong local brands, it is important that you produce locally for the local food palette of the consumers,” she says. 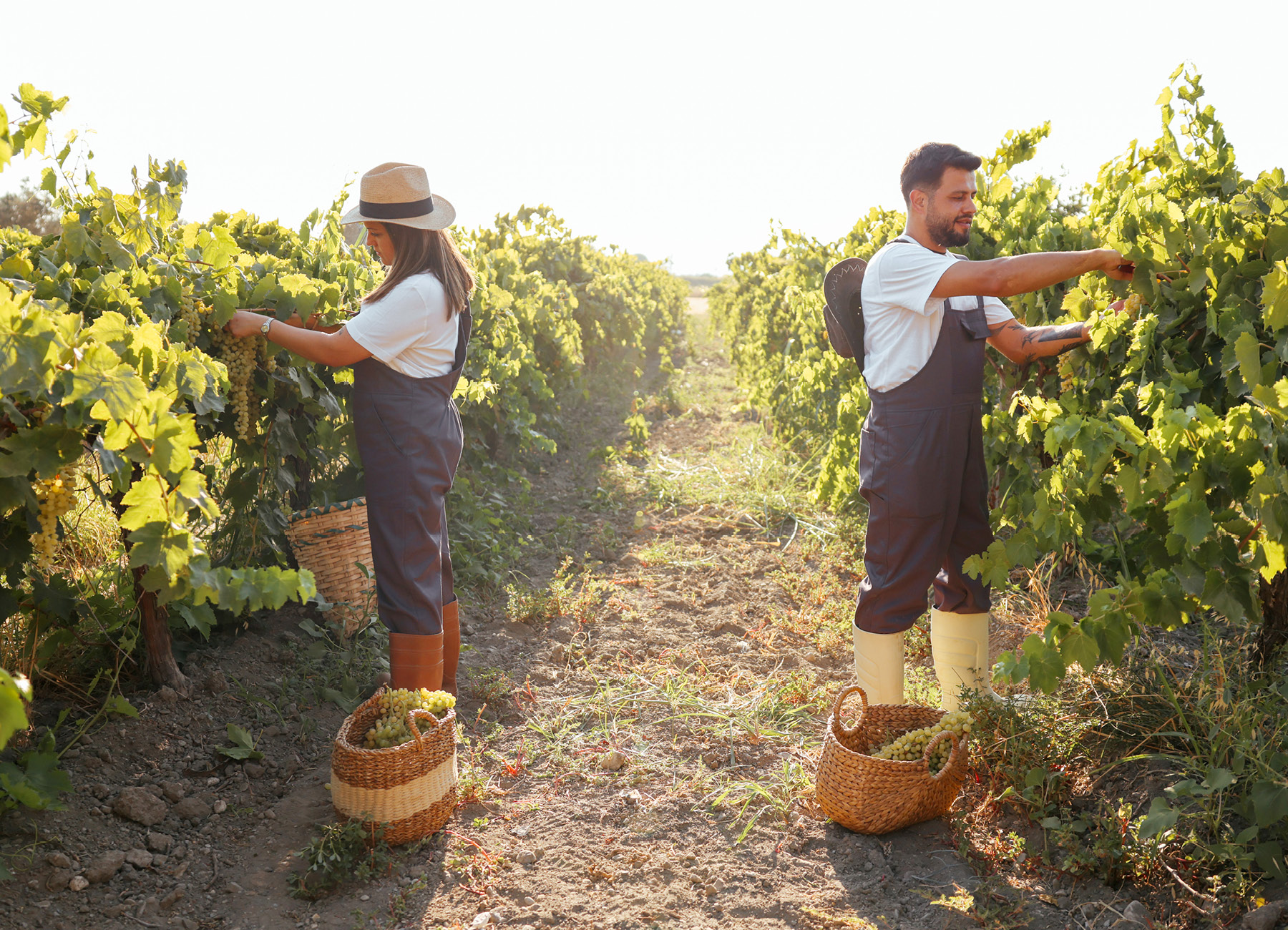 If you want to compete with the strong local brands, it is important that you produce locally for the local food palette of the consumers.

Rather than building a factory from scratch, Cebe started by finding a local partner to produce the company’s products. This meant she did not have to convince global headquarters to make a huge investment in time and capital before seeing how the brand could perform.

That said, it was important to make sure the local partner met stringent standards.

“I had to internally convince the key stakeholders that a partner could produce for us, and I had to find someone with high standards. Because it’s food, you cannot take any risks; safety is quite important,” she says.

Once the local production, strong distribution partner and, most importantly, the strong talent was on ground, the company quickly saw results. “The growth started to come in a disproportionate manner,” she adds.

Two years later, things were going so well that Cebe was able to make the case that Turkey was now a key market and worthy of the capital investment required to enable the company to own its own production facilities.

“I convinced the global CEO there is room to grow it maybe 10 or 20 times more, and I convinced them to do a local acquisition so that we have our own factory, our own sales team and a big footprint to capture the potential of Turkey,” she says.

“This acquisition is now helping Turkey to become a production hub for the rest of our Europe business, too, because cost-wise it offers advantages and logistically it’s easier,” Cebe says. “Our business in Turkey has become really sizeable, and we’re ready to push this growth even further.”

Another country where Cebe’s leadership made a big impact was Egypt. While the company’s operations there were already quite large when she took on the role, she nonetheless saw plenty of room for improvement.

“The business had stagnated for a long period of time; the growth was not happening,” she says. “It was single-digit growth, especially in terms of volumes.”

Cebe and her team responded by identifying two key opportunities. The first was to expand and improve distribution, reaching a much wider network of retail outlets while also consolidating the company’s distribution partners.

“At the time, we were not going into more stores,” Cebe says. “If there were, let’s say, 100 outlets in the country, we were only present in 14 of them. And if you’re not in all the outlets, in all the grocery shops, consumers don’t have that opportunity to see your product and buy you.” Our business in turkey has become really sizeable, and we’re ready to push this growth even further.

Kraft Heinz had about 60 distribution partners at the time, all of them small-scale. After a large consolidation process, they ended up with two much larger and better-equipped partners. “We went with two mega-distributors who could cover the entire country and who have the right infrastructure and the right mindset to do it for us,” she states.

Because growth had been stagnant for so long, Cebe also saw that a lack of investment had led to innovation drying up, while productivity was also suffering.

“We didn’t have sufficient capacity to produce new innovation and new pack formats. My team and I were able to convince senior management to invest in our factory and we have injected more than US$50 million [€50.2 million] capital expenditure into the Cairo factory, which allowed us to build lines that are much more effective, efficient and can produce new innovations in line with the needs of the current world, as well as more volume.”

These interventions have seen Egypt once again become a growth market for the company, with the business there enjoying double-digit returns over the past two years.

“Hopefully, this will continue in the years to come,” Cebe says.

Cebe’s desire to drive excellence is not just confined to investing in underperforming geographies. One of her proudest accomplishments in the role has been to increase the ratio of women working for the company.

“We work in the Middle East and Africa where, unfortunately, female contribution to the workforce is limited. It’s maybe a bit better in Turkey and in the UAE, but it’s very much limited in other places.”

One key change Cebe made to address this was to expand paid maternity leave.

“In the United Arab Emirates, the legal maternity leave that governments are asking from companies is 45 paid days, which is really nothing,” she says. “It’s very difficult for a mum to go back to work after only 45 days of breastfeeding or being with their baby.” I worked so hard to come to where i am, and i had to work maybe harder than my male colleagues.

So more than two-and-a-half years ago, Cebe’s team began offering six months paid maternity leave. “Six months is a good amount of time for women to stay home with the baby,” she says. “This is one major step we have taken.”

The other step has been to offer flexible work arrangements, so that women who are tasked with looking after children and doing domestic chores can start and finish their workdays at times that are convenient for them.

On top of that, Cebe’s team has created a women’s mentoring program, aimed at helping women employees to build a network within the organization. “There are coffee corners where we bring inspirational female leaders to share their stories,” Cebe says.

These measures have all led to a significant increase in the proportion of women working for the company across the region. “Most importantly for me, we’ve also seen this increase at the higher level,” she reveals. “For our mid-level roles we have now reached 40 percent female presence. I’m also proud to say that in my leadership team, who report directly to me, we now have a 50–50 gender balance. This is one thing I’m really proud of.” Cebe is an agile, resilient and solution-oriented leader with proven success in diversified roles in top fast-moving consumer goods organizations across geographies that include Turkey, Middle East, Africa, Eastern Europe, India, Iran and Pakistan. She has worked in various categories such as cosmetics, health care, household care, baby care, electrical appliances and food.

She is passionate about building iconic brands, consumer-centric organizations and engaged teams and is a diversity and inclusion advocate.

Despite all the macro challenges, she has more than doubled the business while improving profitability.

As a successful female leader, Cebe wants to ensure that women coming up behind her don’t have to face as many challenges as she did. “I worked so hard to come to where I am, and I had to work maybe harder than my male colleagues,” she says. “It’s not necessarily easy for our gender.”

She also wants to ensure she makes a positive social impact when it comes to the environment, something she has begun tackling by driving a transition to local production of raw materials and packaging to reduce the company’s carbon footprint.

“I want to make sure that our supply footprint is more local,” she adds, “so that both I and the company can contribute to a more sustainable world. I can really make an impact in this role.”

A leading distributor in Egypt for some of the most renowned fast-moving consumer goods brands in the world. 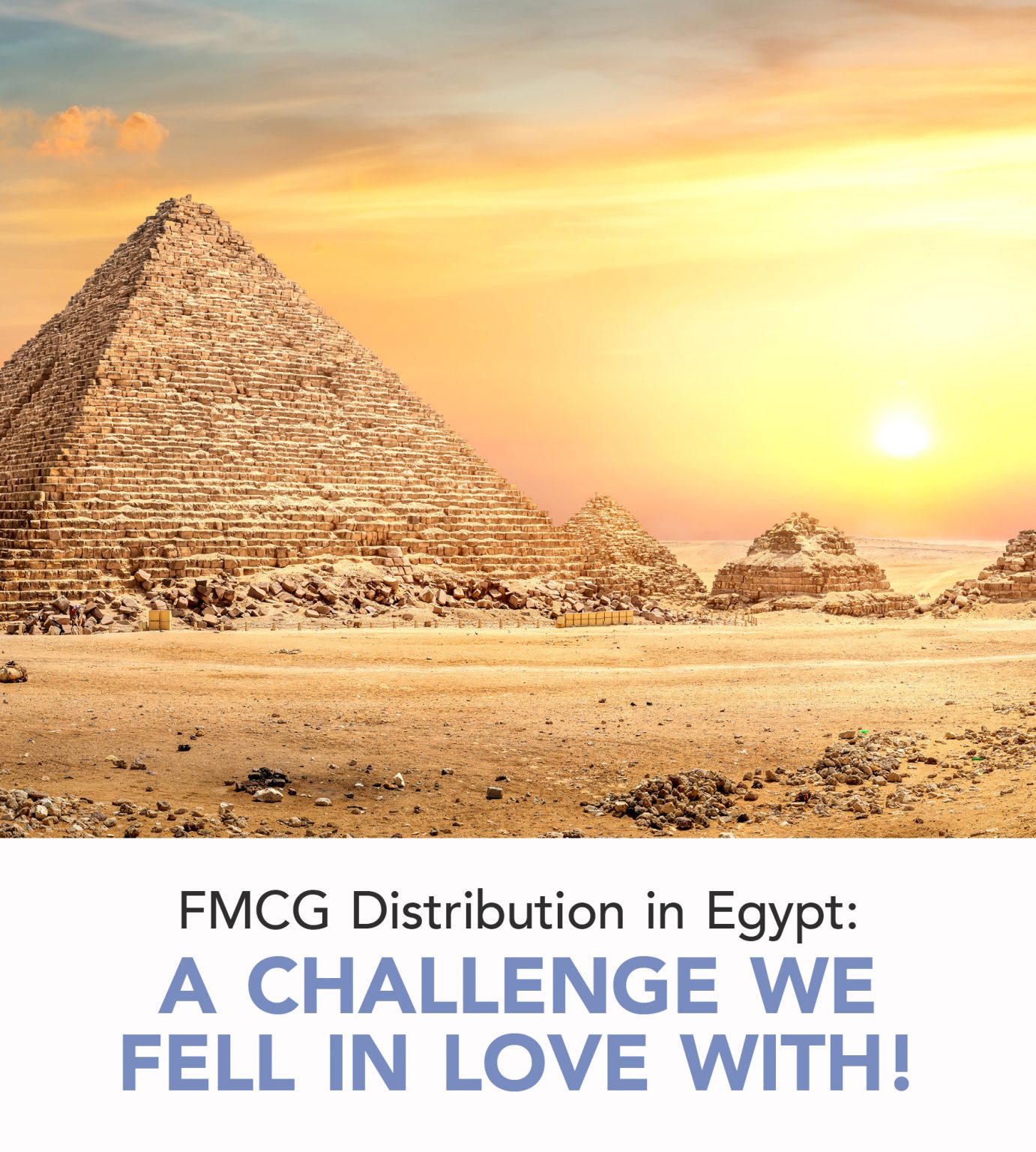 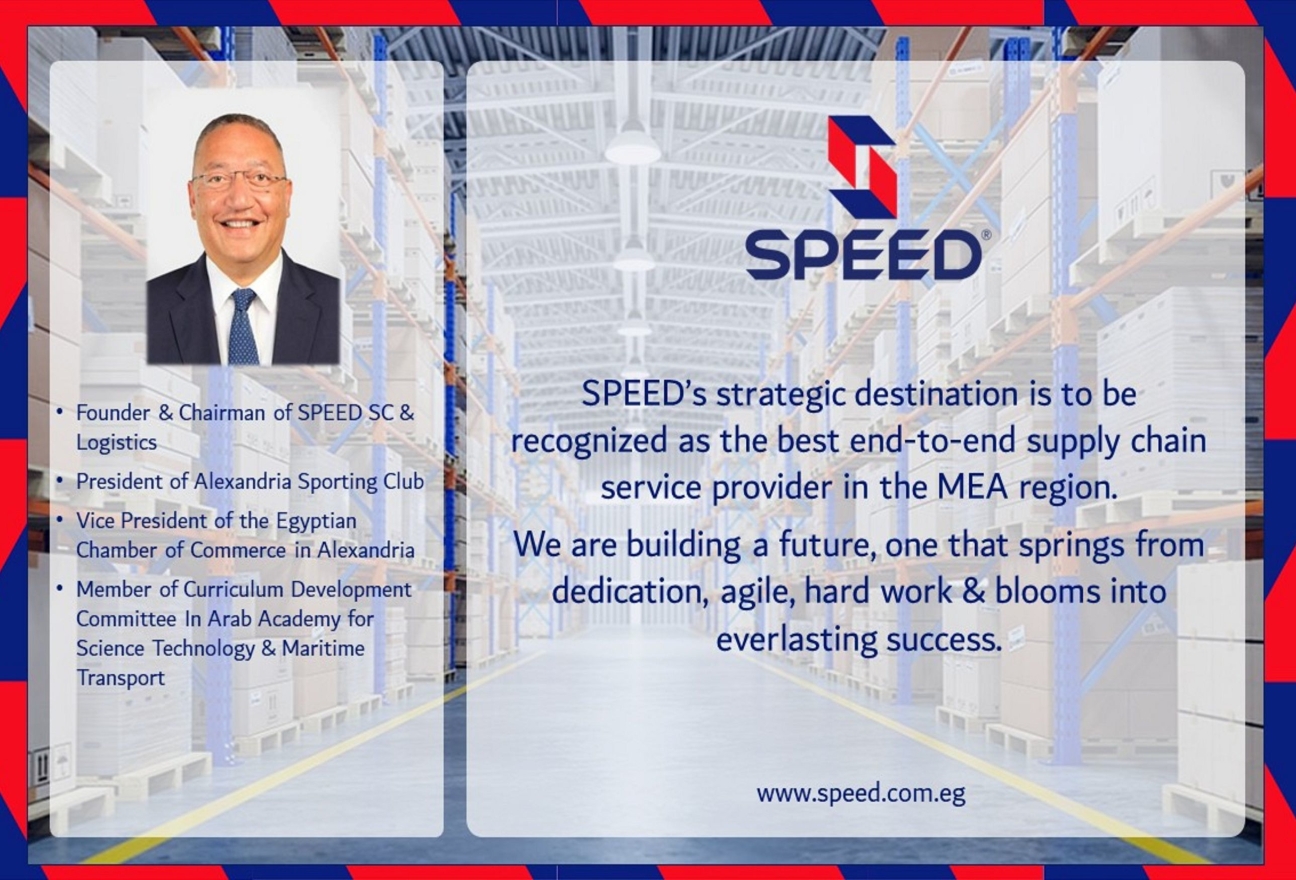 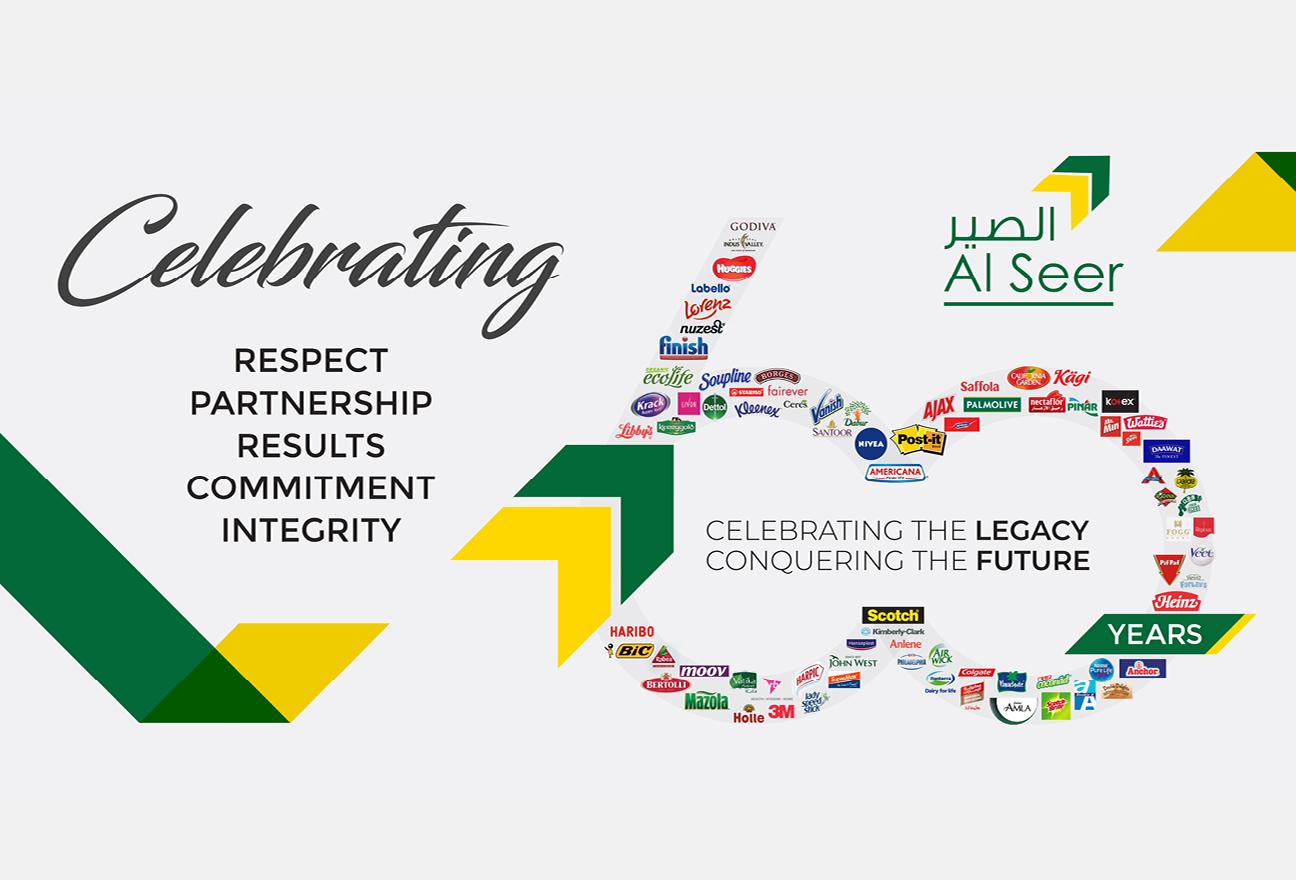 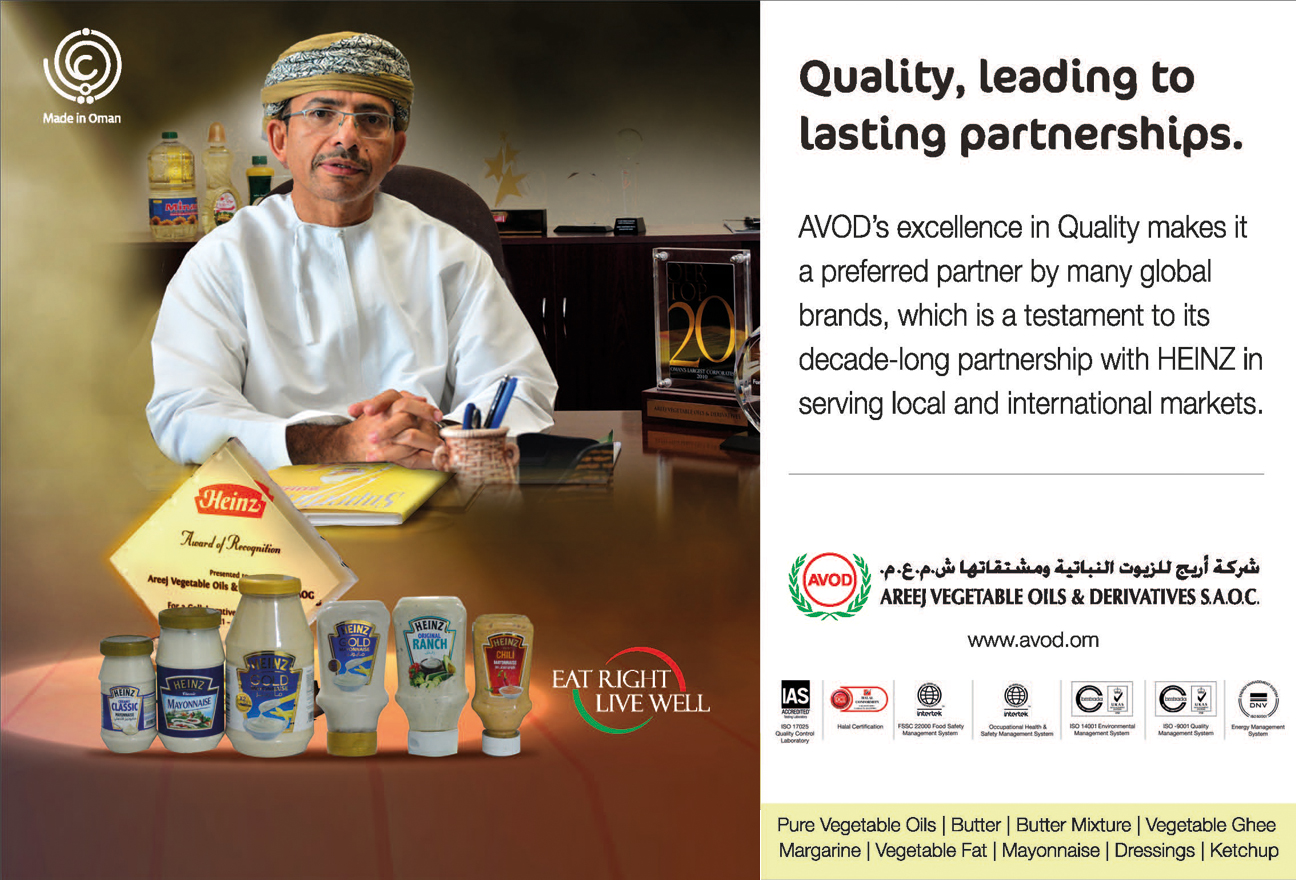