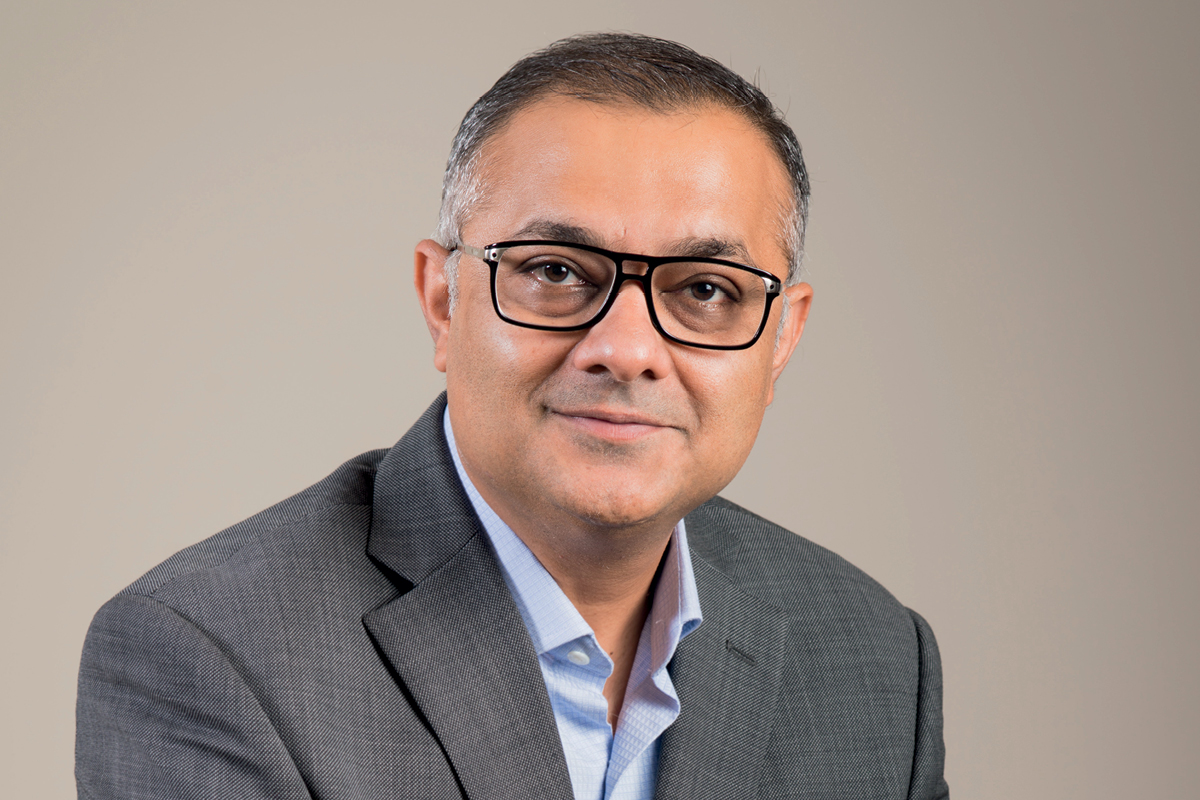 Down the supermarket aisle, the red script logo of the breakfast cereal powerhouse is instantly recognisable. For more than 100 years, Kellogg’s has been the go-to for time-poor consumers seeking a convenient and nutritious morning meal.

In 1994, the company entered the Indian market – where it found its way, floundered and then recomposed. It wasn’t until 2007 that the American business found its footing – it had finally figured out how to be relevant to Indian consumers.

“It’s about making our food relevant.” Mohit, who’s been leading the business for just under three years, says that if you look at pizza in India, spicy paneer is always the bestseller. Kellogg India, therefore, had to rethink several of its offerings, such as marshmallow and caramel, because those flavours, Mohit explains, are “alien to the local people”.

Instead, Kellogg needed to look at local recognisable taste profiles, such as Kesar Badam, Thandai Badam or Rose Badam. “We have to localise the food to make it relevant, accessible and affordable,” he says.

Discussing the backstory to Kellogg’s arrival in India, the seasoned business leader says there has been much conversation about whether cereal is the right food for local people. Mohit agrees that influencing and changing consumer behaviour will take a long time, but it’s an opportunity that Kellogg’s is entirely committed to.

Kellogg India has set several goals for the business in terms of nutrition and sustainability. Mohit explains that, in just over a year, the company has reduced about 14% of sugar usage across its products. It’s also cut salt by 30% across several of its food offerings. “We’re always striving to be better,” Mohit says. Another course of action has been from a sustainability point of view. “There are plans to install more sustainable energy solutions at our manufacturing sites,” he adds. The third area of focus is on plastic. Mohit is proud to confirm that by mid-2020, Kellogg India would have recycled 45% of multilayered plastics and will be on track to achieving its 2020 target. “There’s much work that we do under the radar across the business,” he says. “We believe these are the right things to do and we do them – no questions asked.”

“India is a vast market,” he says. “There are more than 50 billion breakfasts a year in this country. Cereal stands at less than 500 million of those meals. We’re still building this market one consumer at a time.”

Through market research, Mohit and his team identified two types of consumers: people who are after a nutritious breakfast and those who have time to spare – for the latter, cereal will not be the winning choice.

“We win with consumers who are conscious about nutrition and are time starved,” he says. “Interestingly, 70% of India falls into that bracket. That’s the opportunity for cereals.”

Additionally, most people in India tend to skip breakfast. “More than two-thirds of the population are missing breakfast because they don’t have time,” Mohit explains, when reflecting on his market research.

“We see that as the number one job for us: to serve consumers who need nutrition and don’t have the time. We have a healthy business that’s building on a simple strategy of making cereal relevant in the largest dairy- and grain-consuming market in the world.”

To drive cereal adoption across the country, Kellogg India has split its strategy into three segments: kids, family, and health and wellness. “We see these three proliferating,” Mohit notes.

“We see general trade in growth because the cereal category isn’t saturated. We’ll continue to drive these three areas from a channel perspective, and aim to serve more consumers beyond the top metros.”

Aside from expanding across India and serving new markets, Kellogg India’s focus over the next 12 months will also be giving the organisation a fresh attitude. That means building a culture that allows people to grow and make mistakes.

“I think it’s all about having fun and creating something that we can leave behind as a legacy,” Mohit shares. “We aim to create an agile, empowered organisation with the soul of a startup. That’s what’s exciting because that’s the legacy that will carry us forward.”

Furthermore, Mohit says that Kellogg is pivoting its business to become a purpose-driven entity and organisation. The company already donates 20% of its global profits to the WK Kellogg Foundation, a charitable trust created by the company’s Founder, Will Keith Kellogg.

Its next move will be to make a difference in India. “That’s our purpose now,” Mohit says. “We have served about half a million meals over the past seven months to undernourished kids through our Bright Start program.”

The business aims to provide meals to 100,000 underprivileged children by 2022. Mohit explains that these types of initiatives foster innovation and a sense of purpose. “It’s about nourishing your potential,” he says.

“We believe that nourishment to kids, especially in the early years, is critical to how they turn out as adults and truly realise their potential. We’re pivoting the organisation to say, ‘That is why we exist. We don’t exist to do business. We don’t exist to make a P&L. We don’t exist to ship every day. We exist because we aim to serve more consumers and make a difference to Indian consumers.’”

Before joining Kellogg India, Mohit, who has more than two decades of leadership experience in the FMCG domain, was the Global Vice President at Unilever. Based in London, he managed the growth and transformation agenda in the refreshments category, including the South Asia and Africa operations for ice cream and dessert, and tea brands.

Kellogg India is anchored on its purpose and its values. That’s what drives us.

“Returning home and working with a new millennial generation of India was an exhilarating prospect,” he reflects, “and there’s no better place than Kellogg to do it.” The company’s solid reputation and its firm stand for social good had also played an influence.

“It’s the most recognised breakfast brand in the country across all FMCGs,” Mohit says. “I thought it would be a matter of pride to work for a brand like Kellogg’s and to take it to its true north.”

There is also the competitive advantage. “Many competitors have tried to dislodge it, but the business remains standing tall. That’s because we understand grains like nobody else. Now, when I say grains, I mean from a nutrition, sourcing and sustainable agriculture point of view, but also from a food technology, packaging and brand point of view, right up the whole value chain.”

Kellogg’s is present in most supermarkets and convenience stores, and has goals to feed more cities and households. But despite its growth, the cereal giant intends to keep its promise of giving back.

“I have a firm belief that companies and brands exist to improve consumers’ lives,” Mohit says. “Those brands that figure it out and make it the core of their operations are those that succeed. Kellogg India is anchored on its purpose and its values. That’s what drives us.” 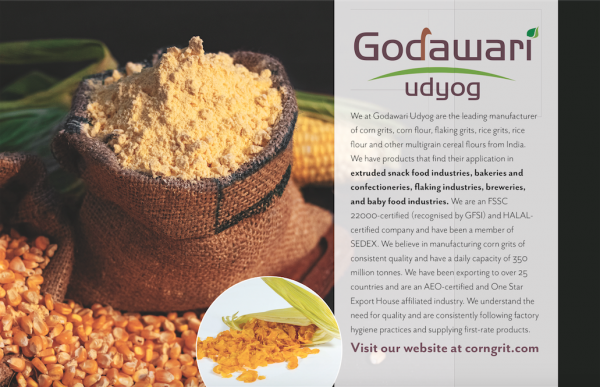 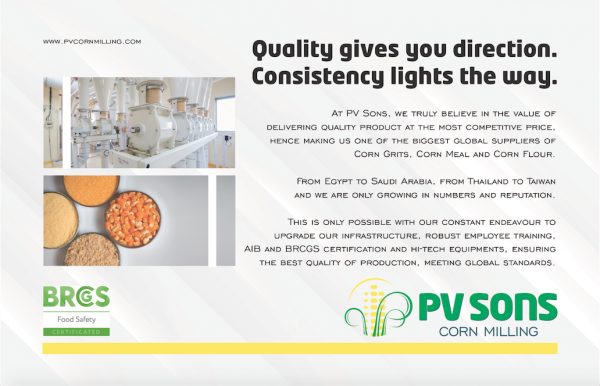 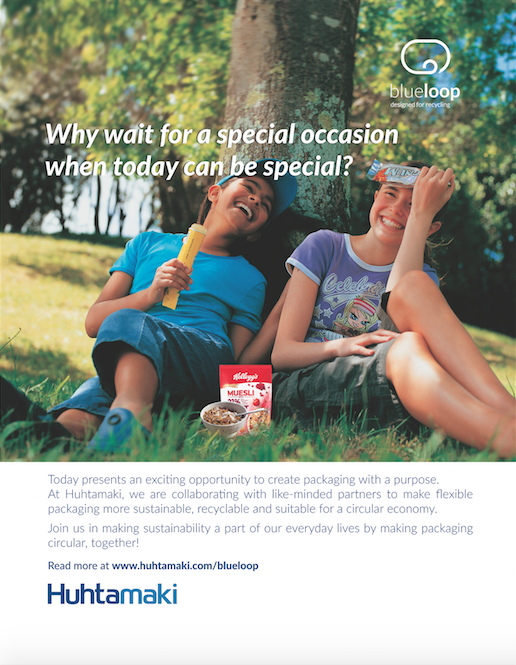