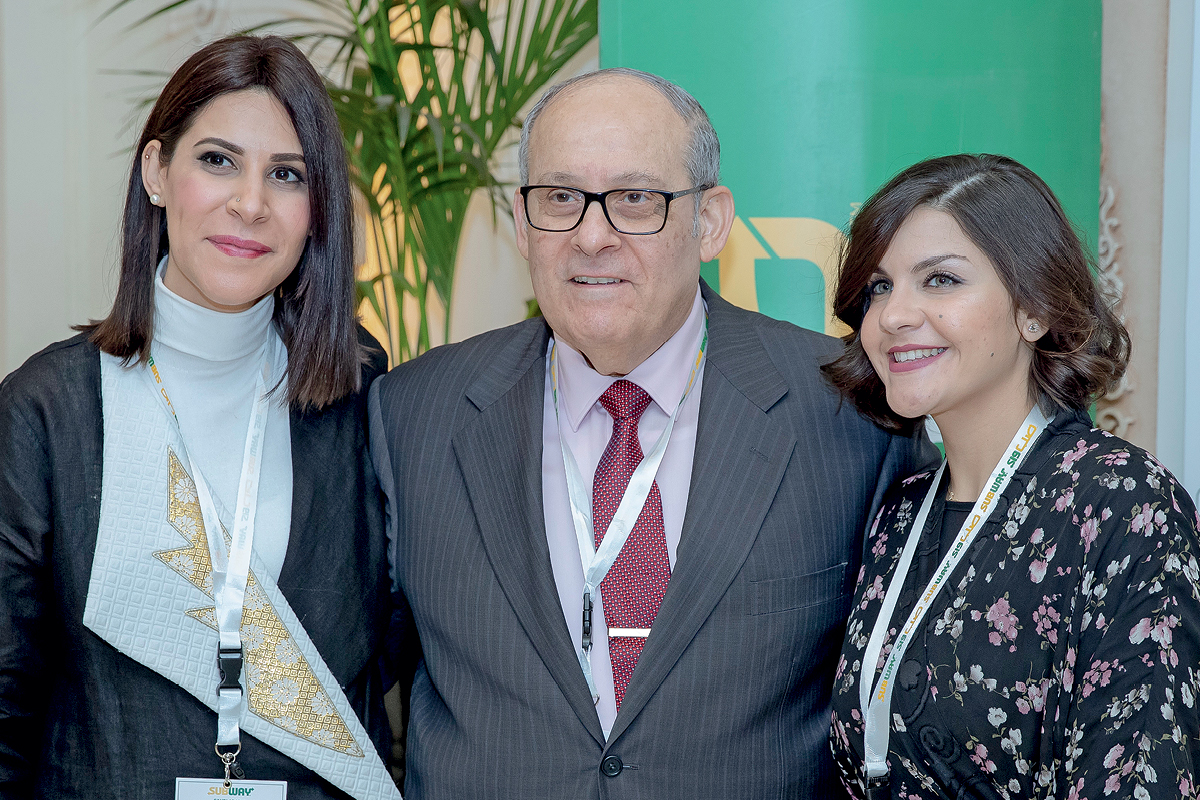 Mohsen Adeeb spent 15 years as a management consultant, helping others turn their companies around while living with an irony he couldn’t shake. “I was telling others how to run their businesses, how to restructure and how to turn losses to profits, but I hadn’t done any of that myself.”

So he decided to change that. “I made a decision to get involved. I’ve always had an internal desire to apply my knowledge to a real-world situation; to prove that my theories work and that I have what it takes to be an executive – a successful one.”

Mohsen wasted no time at all deciding the type of business he should get involved in and the partners he wanted to work with. “I’m a foodie,” he confesses. “I’ve always liked the food business.” He decided to reach out to the Shamel Group, a company for which he had previously consulted.

“I proposed that the Group enter the quick service restaurant (QSR) industry, or fast food business,” Mohsen recalls. “Since the late 1980s, Saudi Arabia has witnessed major growth in this segment of food and beverage (F&B). Observing this trend, I suggested that I should find a concept that was suitable for the Saudi market for Shamel to bring in.”

This was how Shamel Group’s F&B division, Shamel Food Company, was founded in 1992. In his search for a suitable franchise, sandwich chain Subway caught his eye. “I feel that its concept is rather unique. Everything is prepared in front of the customer and they are given the power to customise their sandwiches,” he says.

“It’s not mass-produced food. “I foresaw that customisation would become a trend and that customers would want to know exactly what they are eating, and to be given the choice to add what they like and take away what they don’t. Very few brands were giving customers this power at the time and I felt that it was a unique concept that would take off.”

His instincts proved to be accurate. Today, Shamel Food Company is the master franchisee for Subway in Saudi Arabia, with 185 stores under its wing. According to Mohsen, it is currently one of the chain’s best performing franchises globally.

“Three years ago, we were number one in the world in terms of number of sales per store,” he claims. “For the past two years, we have been in the top four. We sell more sandwiches than the majority of Subway stores in the world.”

This is quite a feat, considering that the chain has more than 40,000 stores in more than 100 countries. Mohsen believes that he has found the formula to success for any franchise business, and it’s based on two main pillars: strategic support and standardisation.

“The first covers issues such as supply chain, site selection, sourcing equipment, building the stores, training, marketing and IT support through forming a long-term partnership with service providers and suppliers – all the essential elements for a business to succeed. We need to create a worry-free environment for our franchisees and give them peace of mind,” he says.

“The second pillar of standardisation ensures consistency and compliance so that, as far as possible, all the stores provide the same overall experience for customers, whether it is in service, store ambience, food quality or cleanliness. Standardisation is also the mark of a franchise.”

With his confidence boosted by the success of Subway in Saudi Arabia, Mohsen made a bold decision five years ago – to create an original concept to add to the portfolio of Shamel Food Company so that the firm could build a franchising empire of its own from scratch.

Two-and-a-half years ago, the plan came to fruition in the form of Piedays, a restaurant chain specialising in sweet and savoury pies. The brand currently has one restaurant in Riyadh and two under construction, and is already inundated with franchising requests.

“We want to make it a success story like we have made Subway. Hopefully, Piedays will expand to at least 50 stores in the next 10 years,” reveals Mohsen. Although he believes that a successful franchise has to be a stickler for standardisation, he concedes that there are some areas where customisation is necessary.

“Subway has a meatball sandwich, which we tweaked so that it has a flavour profile more similar to traditional Middle Eastern meatballs,” Mohsen reveals. They have also replaced potato chips, which have always been the conventional add-on offered at every Subway restaurant, with hot potato items such as wedges.

We need to create a worry-free environment for our franchisees and give them peace of mind.

“We knew that Saudis prefer these hot options to cold chips, so we decided to go big on the wedges and even added herbs to them,” he says. “Ten years ago, we were the only pioneers serving wedges in Subway restaurants. But it has done so well that Subway has decided to introduce them all over the Middle East and in other GCC countries too.”

At Piedays, creative fusion flavours dominate. Traditional British and Australian staples share the menu with Middle Eastern and Indian ingredients, Latin American flavours and African spices. “Creativity and non-traditional thinking have enabled us to succeed with the Subway concept, and we intend to apply the same to Piedays,” Mohsen says.

It is a happy coincidence that such experimentation sits particularly well with the consumers of today. “The palate of the Saudi consumer has developed. It’s the era of social media and the internet. People are travelling; the world is getting smaller and consumers are more adventurous, especially the millennials and gen Zers,” he continues.

Given Subway Saudi’s steady expansion to 185 stores in less than 30 years, it may be tempting to assume that Mohsen has never hit a major snag since starting Shamel Food Company. But as with most successful businesses, nothing could be further from the truth.

When the firm opened its first store in 1993, restaurants were still required by law to provide separate sections for families and singles. The family section was where couples, women and children could dine, while the singles section was only for single men.

“At the time, all our competitors had huge playgrounds and game areas in the family section,” Mohsen recalls. “McDonald’s was the king of these play areas and they were a major draw for consumers then.”

So prevalent were these play areas that the notion of not having one wasn’t even considered when Shamel Food Company built its first Subway restaurant. “We designated a huge area for a playground. We tried to compete with the other QSRs for the best of these play areas.”

It didn’t take long for Mohsen to realise that he wasn’t seeing returns on investment on the money spent building these elaborate playgrounds. “After four or five years, we realised that the core market for Subway is young single people between the ages of 16 and 44,” he explains. The play areas were taking up large sections of the stores but were remaining relatively empty. “We ended up with 70% of the stores producing only 20% of the income,” Mohsen shares.

The company may have seen rapid expansion in recent years, but Mohsen believes that the best has yet to come. Major modernisation reforms in Saudi Arabia in recent years, including allowing the mixing of different sexes in certain public places, as well as the lifting of the ban on female drivers in 2018, have transformed the entertainment and leisure sectors of the country.

“Music is now allowed in most restaurants, which wasn’t the case a couple of years ago,” he points out. “Patronising restaurants is becoming a mix of dining out and entertainment. Cafe concepts are still very new, but they are starting to boom. People seem to enjoy these casual dining options and are choosing them over more formal ones.”

This trend can only mean more opportunities for Subway. Even after 28 years of running Shamel Food Company and experiencing his share of highs and lows, Mohsen maintains that taking the leap from consulting to running a business was the best decision he has ever made in his career. “I only wish I had done it earlier” he laughs. 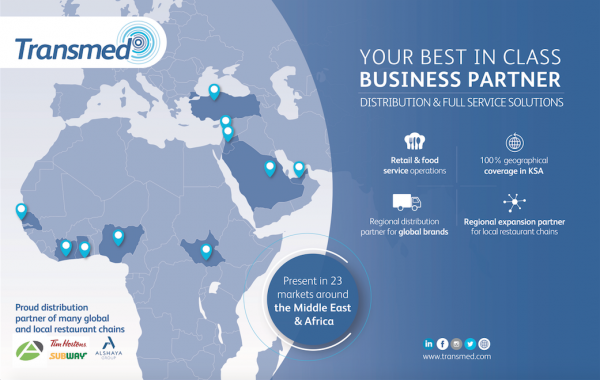