The taste of success: Nadia Chauhan 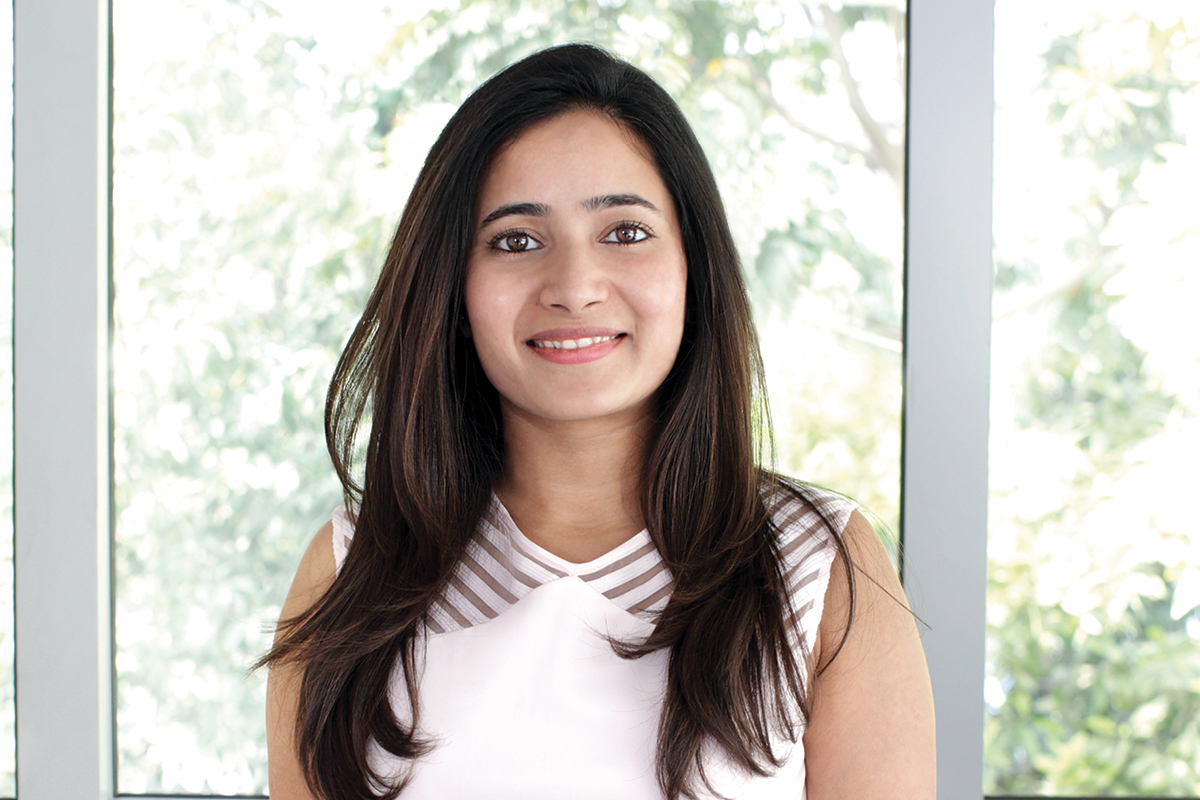 For the Indian beverage industry, the mid-1980s saw two significant events – two births, in a sense – that would eventually have a big impact on the industry. One was the creation of Parle Agro, formed out of the break-up of long-lived food and beverage company Parle Products.

It was also around that time Parle Agro’s future Managing Director and CMO, Nadia Chauhan, was born.

As the daughter of Prakash Chauhan, Parle Agro’s Chair, Nadia was destined to share in the company’s legacy. From a young age, she was exposed to the organisation’s operations and, inevitably, took an official position with Parle Agro in 2003.

“When I joined the company, what I was truly driven by was my father’s outlook and vision,” she recalls. “But at the same time, I was touched in a completely different way by the company’s past, because we had a powerful history behind us.” 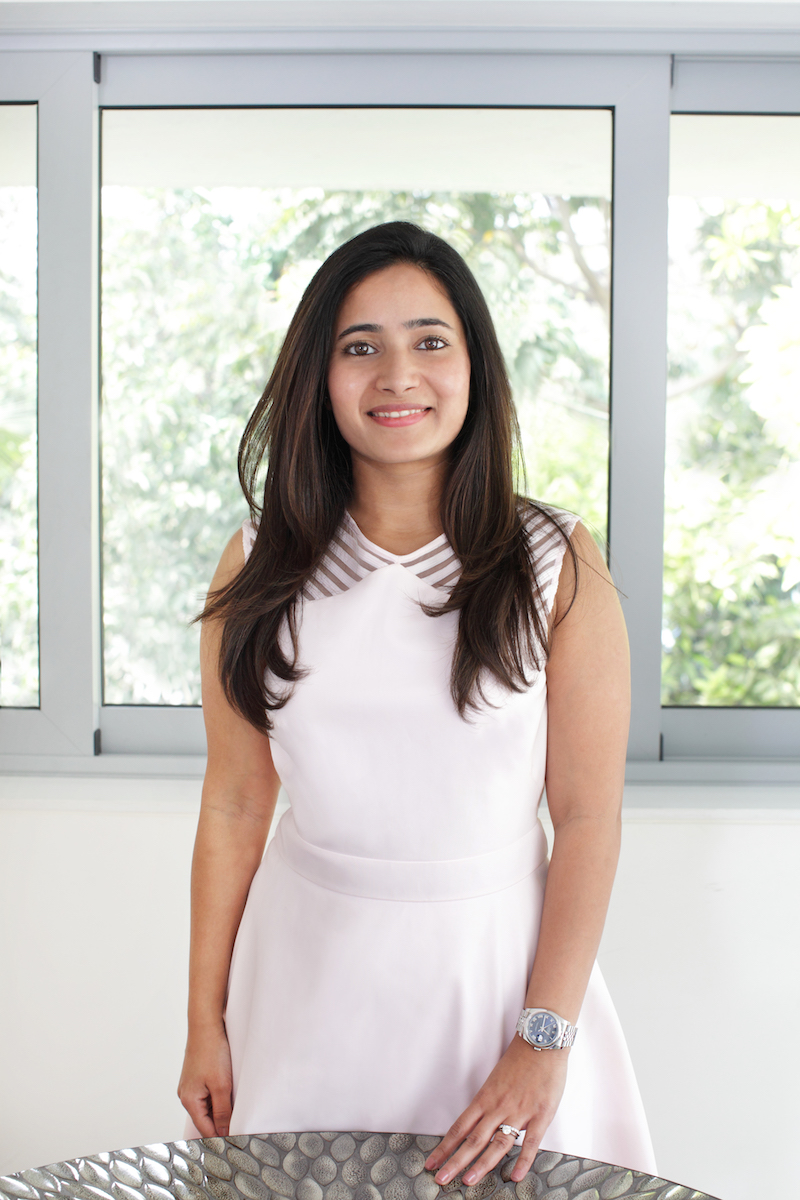 Though Parle Agro itself only goes back to 1984, the company’s story began in 1929 with Nadia’s great-grandfather Mohanlal Chauhan, who created the Parle Group.

Initially, the company produced a broad collection of candies and biscuits, until it split into two non-competing businesses: Beverages (Bisleri and Parle Agro); and Confectionary and Snacks (Parle Products). Each one remains owned by various members of the Chauhan family, though each has now gone its own way.

Even in its own three decades of business, Parle Agro has a strong legacy. It has introduced some of the biggest, best, and longest-lasting drink brands in India. For example, Thums Up, the market leader for cola drinks in India, was introduced by Prakash Chauhan and his brother.

Eventually, the brand was purchased by Coca-Cola in 1993 but the fact that Thums Up’s market share was 85% at the time of sale is a testament to Parle’s brand innovation and management.

But whatever steps the company had taken, Nadia is determined to reverse them. “I was always driven by the urge, the desire, to regain that leadership position despite having sold the largest brands from our portfolio,” she says.

“I believe that there is an opportunity to do it because we operate in a completely different category. There is huge scope for innovation and expansion because the beverage segment itself hasn’t seen many dramatic expansions or evolutions; there are few subcategories of beverages.”

Nadia says, “Frooti provided more than 90% of Parle Agro’s revenue, which gave it the freedom to experiment in not just new brands but also new categories.”

Many of these transformations have been a direct result of Nadia’s creativity. Consider Frooti Fizz, the carbonated form of the popular mango drink. Nadia was inspired to introduce the brand in 2017 when her children experimented with a mixture of Frooti and soda water.

The introduction of new products isn’t just about chasing popular products but anticipating, predicting and even guiding what the market wants. “We’re extremely vigilant,” Nadia says. “We’re not complacent. When I say ‘we’, it doesn’t just mean the family. It means the leadership in the organisation, the various people within the company. They’re all involved and driven.

We aren’t a ‘me too’ brand. I can give you a million examples of products we were the first to put into the market. There will always be brands that follow, but our focus is on creating new categories, building new brands and innovation.”

“We aren’t a ‘me too’ brand. I can give you a million examples of products we were the first to put into the market.”

More significantly, Frooti Fizz and similar carbonated drinks represent a step towards Nadia’s vision of reclaiming Parle Agro’s past dominance by successfully moving back into the soft drink market.

There’s a more objective metric by which one can measure Nadia’s contribution to the company. When she joined, Parle Agro had a revenue of just INR300 crore (about US$43 million), but with new products and categories, that has increased by a factor of at least 10, with some estimates suggesting it’s risen to INR5,000 crore (about US$712 million). 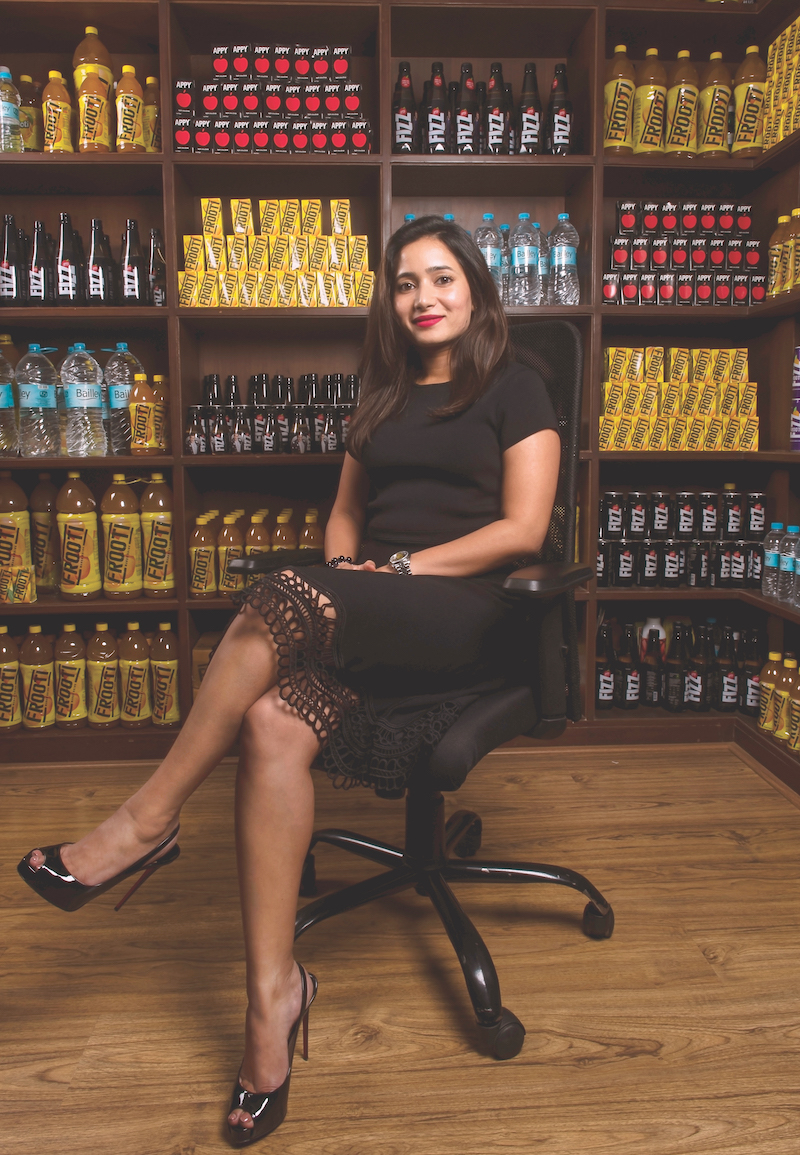 “The organisation that we are, the brand that we are, has phenomenally transformed from 2003 to now,” says Nadia.

“It’s become a future-ready company, a company that’s taking on some of its most powerful competitors with equal strength and force, and making big strides in the Indian market, not just in growing our brands but in growing the category itself. We’ve been leading the category growth over the past few years.”

“The past decade has probably been the most powerful decade in our story, driving growth, expansion and a massive scale-up in infrastructure. We’ve established new brands and categories, and created a benchmark in the industry.”

Simultaneously, Parle Agro celebrates the contributions of several of its lasting partnerships, a facet of business that Nadia considers “critical to success”. “They’re associates who believe in our ambitious vision,” she says.

“They’ve invested in us, in making this vision happen, because we’ve always pushed our partners to innovate with us, to break boundaries with us. They’ve needed to fulfil the requirements for our innovation cycle, our innovation growth journey.”

“We’ve always pushed our partners to innovate with us, to break boundaries with us.”

The very model of a good partnership can be seen in Parle Agro’s longstanding relationship with packaging manufacturer Tetra Pak. Ever since Frooti was released, it’s come in Tetra Pak containers – the first beverage in India to be so.

Parle Agro’s early advertising promoted not just Frooti but also the benefits of Tetra Pak. To this day, Nadia often meets with Tetra Pak’s Managing Director to discuss the joint vision for the two companies.

Despite the successes in expanding and forming new partnerships, Nadia isn’t putting all her efforts in looking back. Though there’s plenty of cause to do so, the road ahead is an exciting prospect for Parle Agro. The company has worked to substantially improve its internal capabilities in recent years and Nadia plans to capitalise on this.

“In the past three years, we have invested tremendously in preparing for the future,” she says. “We’ve made changes to infrastructure, systems, processes and technology, and a whole host of other organisational investments. Over the next five years our focus is going to be on reaping the benefits of our solid system and extracting the most possible out of the market.” 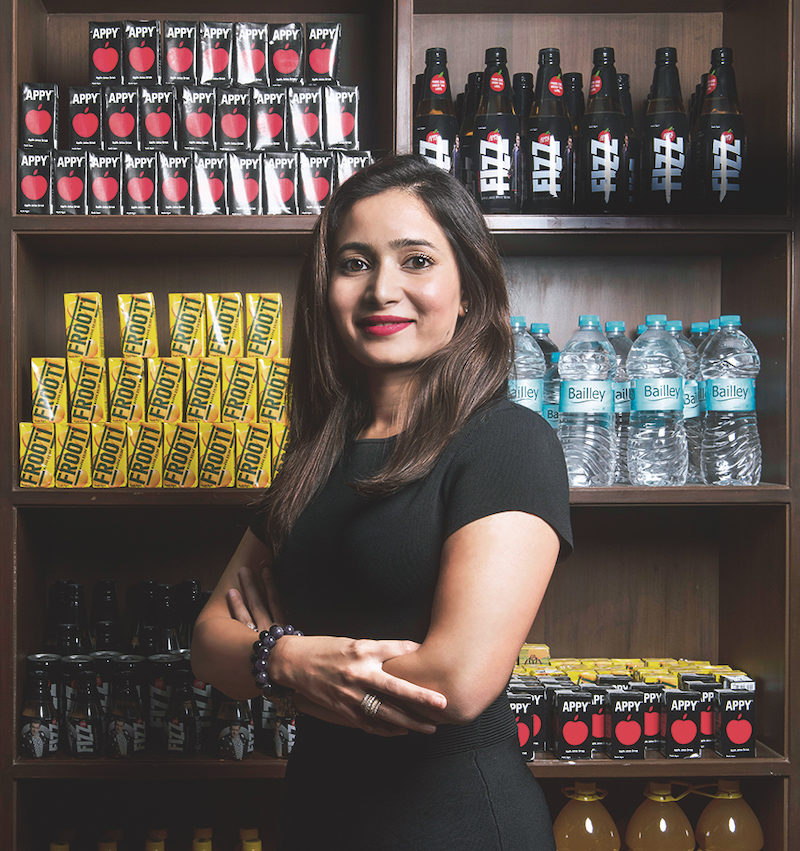 At the same time, Nadia plans to maintain the company’s drive towards stronger internal infrastructure.

Parle Agro put a lot of work into its senior leadership team, which has created a culture of rapid decision-making and innovation, according to Nadia.

But with the company’s exponential growth comes a greater need for more capable leadership. Similarly, she intends to empower the rest of the organisation to make full use of Parle Agro’s capabilities.

“Our other focus is on giving a massive boost to the entire sales and distribution system,” says Nadia.

“Not in terms of growing it – since we’ve already expanded the sales and distribution system tremendously by investing heavily into developing and maturing that system – but in terms of giving the organisation the confidence to extract a lot more out of the system that we’ve built.”

With these achievements and ambitious plans behind her, Nadia can likely be afforded a moment to reminisce. Recognition of her contributions hase seen her listed in Business Today’s Most Powerful Women in Business, Forbes India’s Tycoons of Tomorrow and Impact Magazine’s Most Influential Women in 2018.

She’s spoken at events celebrating female empowerment and her story as part of a powerful business dynasty has been documented in the book Daughters of Legacy by Rinku Paul and Puja Singhal.

“The journey of the past 14 years has been amazing,” Nadia says. “It’s been difficult, but also extremely satisfying, to overcome many of the obstacles and to create a team, an organisation, that enjoys meeting challenges head-on and has the confidence in our business, in our brands and in our corporate values to be able to take on the market and drive the goals and the vision of the company.” 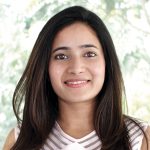