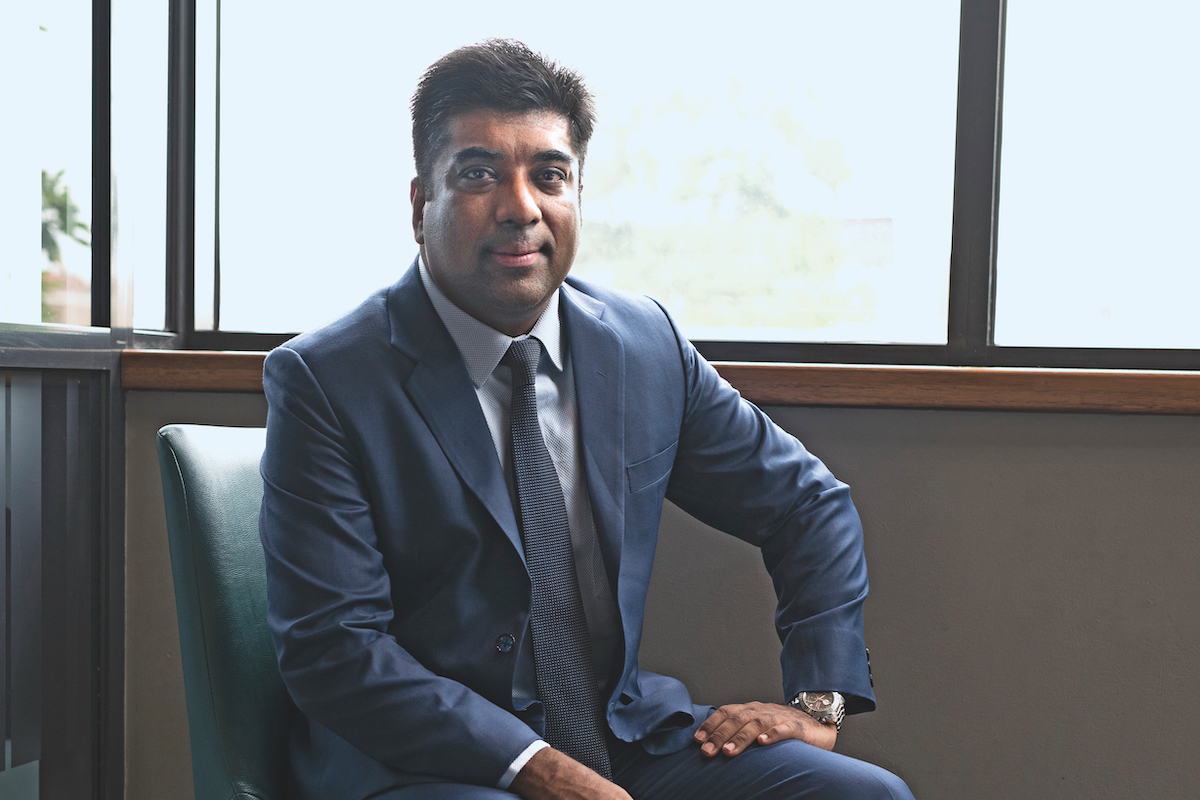 There’s no doubt Neel Chand has a remarkable instinct for business. A seasoned CFO with an impressive corporate background, he has a reputation for getting things done. But the Penrith RSL CEO is also a leader who understands people. Really understands them. While he knows full well that a vital part of his role is to develop and nurture strong relationships with club members, you get the feeling he takes it one step further, almost like he’s answerable to them. All 38,000 of them. And part of that responsibility is to feed them properly.

To explain, the club has a well-known, all-you-can-eat Star Buffet, an institution in Sydney’s west, which seats up to 650 and offers a seemingly endless variety of delicious international cuisine, including seafood, carvery and sushi stations, and even a Chinese barbecue complete with hanging roasted ducks. For Neel, however, no matter how much his members may enjoy crab legs, nori rolls and Peking duck, there are some staples that cannot be ignored.

“You can offer the best in international cuisine, but you cannot run an Aussie club without offering chicken schnitzel, a great roast, bangers and mash, and fish and chips,” he insists. “That will never change.”

Some things are changing at Penrith RSL, however, with the challenge creating a balance between providing simple basic meals and maintaining traditions that older members hold close to their hearts, while also introducing concepts to attract a new, more family-friendly generation.

It’s a charge Neel has taken in his stride with membership doubling since he headed the club a decade ago – no mean feat when you consider that in 2010 Penrith RSL was on its knees, revenue was low, membership was falling, and there was even talk of closing the establishment altogether.

At the time, Neel was CFO of Australia’s largest RSL at Rooty Hill, a club so huge it once demanded its own postcode. He was in an excellent place, so why move?

“It was a lot to give up,” Neel remembers. “But when I had a look around the Penrith club, all I saw was potential. There were so many opportunities to grow and I knew I could take it a lot further.”

The first thing Neel did was to build a multi-level carpark. The next was to expand the business, which meant making the club more family friendly. He outsourced all the food operations, including introducing Star Buffet, and offered other affordable dining options. He also invested in the gaming floor, seeking layout designs from experts who’d worked in Las Vegas and Macau. In just one year, membership grew by 40%.

“It took me by surprise,” Neel muses. “But RSL clubs are different from what they were 20 years ago and we’re always talking to members, holding focus groups, asking them what they need. We basically gave the community what it needed and everything turned around. We’re now one of the fastest growing clubs in New South Wales, breaking record after record.” 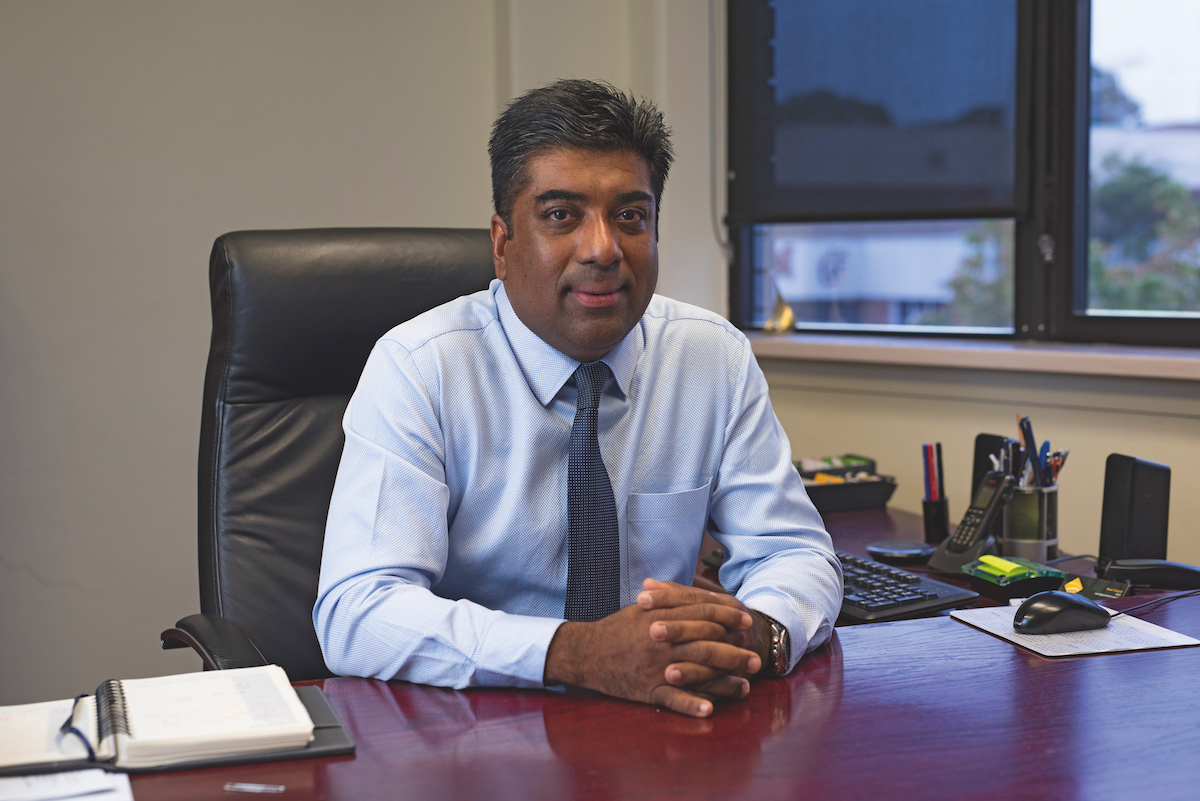 Neel, a chartered accountant with an MBA in International Business and Marketing, began his career after university as an audit supervisor with PwC Australia, before moving on to CFO roles at the Coleman Company and the Sydney SuperDome (now called Qudos Bank Arena), then leased by Kerry Packer’s Publishing and Broadcasting Ltd.

“Having worked for the Packers, I quickly learned that there was no margin for error,” Neel says. “In 2004, the Sydney SuperDome was the number two venue in the world in terms of gross ticket sales (after Madison Square Garden in New York), so that venue will always be special for me – a one-off thing I did that I won’t get back in my life.

“Having worked for the packers, I quickly learned that there was no margin for error.”

“I was working for the Packer family when I was informed about Rooty Hill. The club wanted someone with a corporate background to be CFO. Initially I thought no… until I went and had a look. It was the biggest club I’d ever seen. I changed my mind, applied and got the job. That’s when I fell in love with the club industry.”

Neel says he’s still very numbers-driven – after all, it’s his job to get a return on the multimillion-dollar investment he’s made to improve and expand Penrith RSL, and he admits he’s very hands-on. He laughs when asked whether he walks through the club every day.

“Every day? I’m walking through every hour! I’m always around talking to staff, chatting to members. But all our staff are very member-driven. We notice and we care. For example, we had one regular who suddenly stopped coming. We called the police, who went to his house, discovered he was very sick and took him to hospital. There are some members who come here every day because they have nowhere else to go and no one to talk to. We are their extended family.”

That “family” is a team Neel never takes for granted, attributing his strong sense of commitment to a very tough taskmaster he worked with years ago, who gave him sound advice about leadership. “This guy gave me hell, absolute hell,” he remembers. “But one day, when I went to see him, he turned to me and said, ‘Mate, you’re only as good as your team’, and that stuck with me. So I make sure I don’t take shortcuts; I choose my team very carefully.”

Another lesson Neel quickly learned when he joined the RSL organisation was its enduring commitment to the community and the crucial role it plays in honouring Australia’s servicemen and women, past and present. Under his watch, Penrith RSL has been honoured with the RSL Spirit of ANZAC Award, and the Special Judges Award at the ClubsNSW Clubs & Community Awards for its contribution to the centenary of ANZAC.

“There’s a reason why the RSL started and I’m very passionate about this history and we will always honour that. While we look to the future and see what we can offer to future generations, we must always remember those who served and who have made up the fabric of this club.” 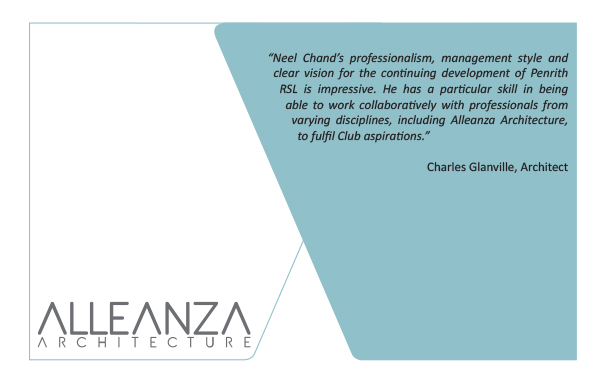