We are looking to achieve double-digit growth: Paddy Muramiirah 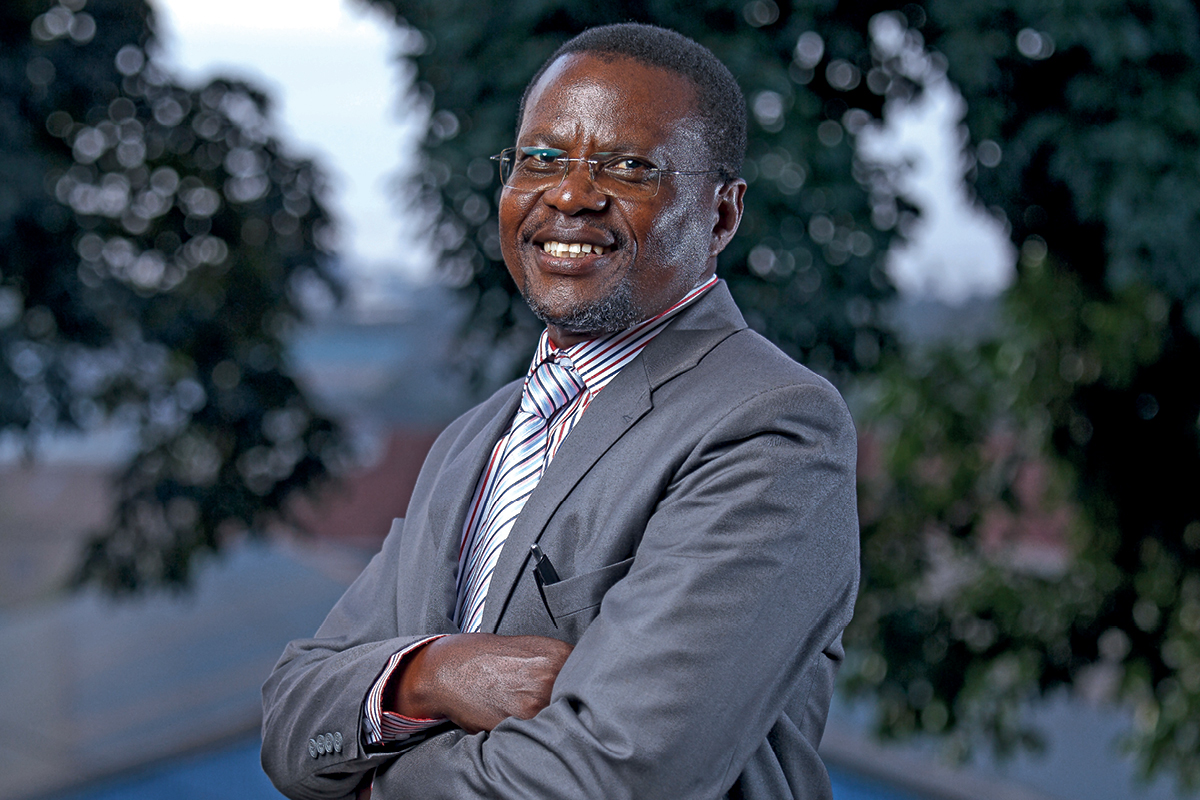 There’s one thing in the world that has captured Paddy Muramiirah’s heart. “Mountain Dew is my love,” he professes. Luckily for him, as CEO of Crown Beverages, the leading bottling partner for PepsiCo in Uganda, he has access to an almost unlimited supply of the bright yellow, citrus-flavoured fizzy drink.

But Paddy’s job involves more than just savouring the flavour of Mountain Dew. As the leader of a market-leading firm, he has a very clear idea of success and what it entails.

To him, a company’s success can be measured by four indicators – its profitability, volume growth, market share growth and consumer opinion. “Profitability is important because we need to answer to our shareholders.

They expect income at the end of the year,” Paddy says. “The second indicator matters because it is an indication of the level of happiness among employees. If they are not happy, the output tends to be low. The third gives us a good idea of how we compare with others in the same industry while the fourth tells us how we fare in the eyes of the public.”

The first indicator – profitability – is undeniably a major challenge for any company dealing in low-value FMCG products as Crown Beverages is. The situation is not made better when imports are involved.

“Currency depreciation is a problem for Uganda. Crown Beverages imports in US dollars but our selling price is in our local currency,” Paddy points out. “Yet when the exchange rate fluctuates, we cannot increase prices for the end consumer. One thing we must appreciate is that soft drinks are not like other food items that one must buy or eat. If it can’t be afforded, it’s easily given up.”

Despite this, Crown Beverages has managed to keep up its bottom line by developing an extensive network of local suppliers and reducing its reliance on imports. In addition, the company is also attempting to produce more of its packaging materials locally. Instead of buying finished preforms for PET from abroad for example, it buys resin, the raw material, and makes its own preforms.

Since Crown Beverages operates only in the B2B realm, it is fully dependent on its partner distributors to get its products to the consumers. Paddy is well aware of this, saying: “For Crown Beverages to be a profitable business, we have to make sure that our partners are making profits in the first place.”

That’s why he makes it a point to pass on relevant training Crown Beverages gets from PepsiCo to the partners. “We conduct special training sessions for our key partners to share best business practices.”

Since Paddy took over the reins in 2016, the company has seen revenues grow by 52%, sales volume by 48% and profitability by more than 200%. The shareholders even enjoyed 90% return on share last year.

For the first time since it started operations in 1993, Crown Beverages has been named PepsiCo’s Bottler of the Year. Given out annually to PepsiCo’s bottling partners in Europe and Africa, the award is handed out to firms that have demonstrated good quality standards, growth in volume and sales as well as a commitment to community and customer support.

What stood out for PepsiCo and convinced it that Crown Beverages was the deserving winner of 2018’s award was the latter’s efficiency, agility and adaptability. The firm has managed a commendable performance despite tough market conditions, some of which Paddy has illustrated in this article.

Exchange rate fluctuations and the low selling price of products have both threatened to eat into margins. In addition, the firm’s wholly local ownership and staffing, as well as its contribution to Uganda’s economy as a compliant taxpayer, were also mentioned as some of the reasons for Crown Beverages’ win.

Paddy’s second indicator of success is volume growth, which he believes is a direct result of employee satisfaction. According to him, increasing production is not simply a matter of acquiring more efficient machinery, but also one of transparency and clear communication of the company’s goals.

“We have a full disclosure policy. The objectives of the company are clearly conveyed to every employee and everyone is empowered to achieve their goals,” explains Paddy. “We hold regular meetings at every level. Departmental meetings are held monthly; junior employees have weekly meetings; as for me, I meet all employees quarterly.

The purpose of these frequent meetings is to keep everyone informed and encouraged. With this empowerment, comes accountability. And accountability is important in removing redundancy in the organisation because redundancy tends to breed poor performance.”

The result is a virtuous circle that cycles tangible benefits back to the employees. “With improved efficiency, the company gets a better turnover, and as a result, we are able to remunerate our employees more competitively,” Paddy reveals.

“Human resource is the greatest capital.”

In addition, the company invests heavily in recruitment and employee development. “Here at Crown Beverages, what we value most is people. Human resource is the greatest capital,” Paddy enthuses. The firm’s graduate trainee program recruits high-scoring university students into entry-level roles and rotates them through several departments to help them gain familiarity with the company’s operations. 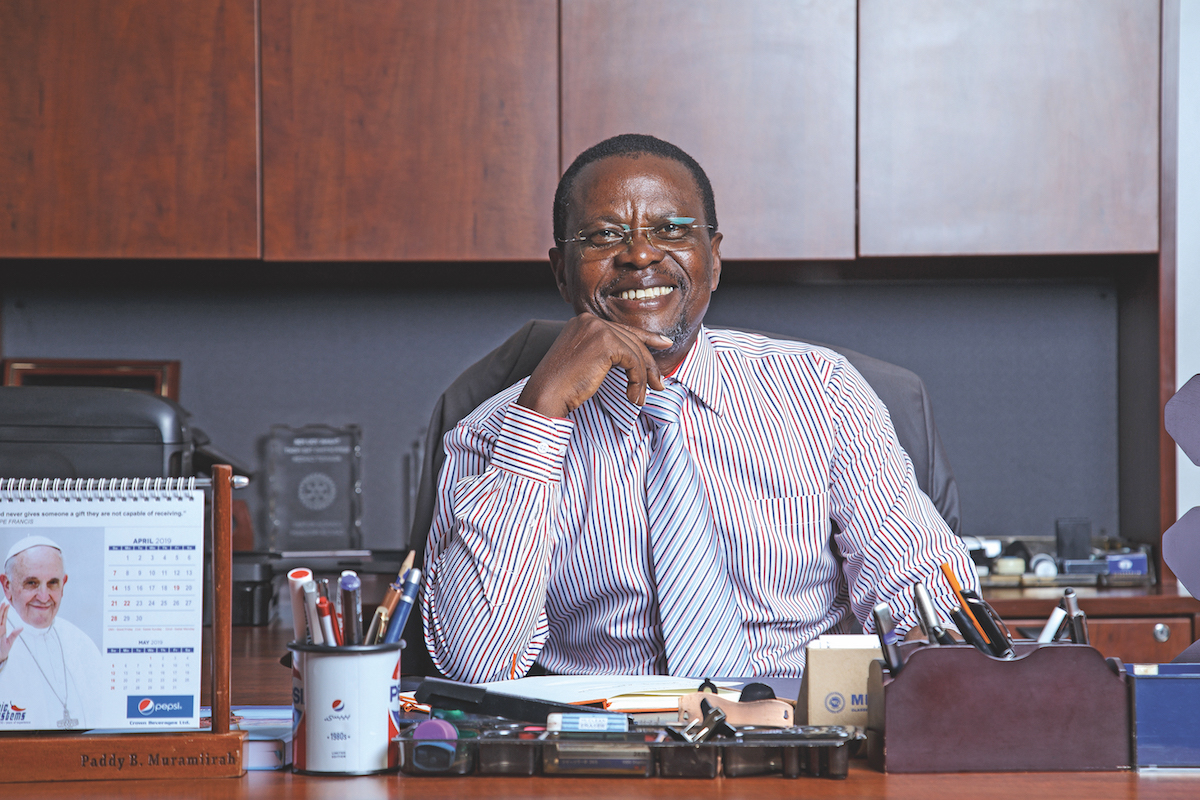 “The program is important for succession planning,” shares Paddy. “It makes it easier for us to replace the people who retire without changing the culture of the organisation and without the organisation feeling the heat of people leaving. We have employees who started in entry-level roles who are now managers and, when I retire, I’ll likely have someone who can take over my job without much disruption to the company.”

Paddy takes a lot of pride in the fact that Crown Beverages is wholly locally owned and staffed. “Everything is 100% Ugandan except for the concentrates,” he jokes, referring to the concentrates for the soft drinks, which are imported from PepsiCo. “All three of our shareholders and all our employees are Ugandans. We are proud to hire the best employees, give them a high standard of training, and believe in them.”

It was not a calculated advantage, but local ownership has inadvertently contributed to the company’s agility. “We don’t usually have many layers of approval to seek before taking a decision,” Paddy reveals. He illustrates with an example. “We recently set up a new production line, which involved moving 163 tonnes of equipment from Germany. The entire project took only five months to get approved and installed.”

Paddy’s third indicator of success, Crown Beverages already has a firm hold on. “We are the leader in terms of market share,” he says confidently.

While Paddy’s stellar leadership and the employees’ good work definitely played a part in getting the firm to its current market position, it was also achieved as a result of a serendipitous overall growth in Uganda’s soft drinks market.

The company was recognised as a top taxpayer for FY2017/18 during last year’s Taxpayers Appreciation Month, an annual event organised by the Uganda Revenue Authority to encourage accountability, voluntary compliance and transparency among taxpayers.

Crown Beverages was commended for being a responsible and compliant taxpaying company, contributing a total of UGX284 billion (€67.2 million) in taxes between 2013 and 2018. “We play a part in nation building,” Paddy says with pride.

Last, but most definitely not least, in the four indicators of success is consumer opinion. For any processed food company, a relatively recent challenge is increased health consciousness among consumers.

Paddy acknowledges this, saying: “We have already started reducing the number of calories in some of our drinks – not by changing the taste or the level of sweetness, but by substituting sugar with different sweeteners. This has to be done together with PepsiCo because it is our parent company and it provides us with the competencies to do so.”

In addition, the firm has started to incorporate clearer ingredient labels on some of its products to help consumers make educated choices. “We also have bottled water as part of our product range,” Paddy points out. “So that would be our alternative for people who want an alternative to high-calorie drinks immediately.”

On top of listening to consumers and creating products that meet their demands, Crown Beverages is also known for unique marketing campaigns that seek to engage their customers and create connections with them.

The firm recently splashed out on a huge UGX4 billion (€948,000) campaign that launched in
April this year and ran for three months. Named Tukonectinge with Pepsi, the promotion gave customers chances of winning attractive prices, including fully paid trips to Dubai, Toyota Wish cars, and refrigerators.

Tukonectinge is Luganda slang for ‘let’s connect’, so consumers had to participate in pairs in order to win. They were required to purchase two glass bottles of either Pepsi, Mirinda or Mountain Dew and check under the crown of the bottles to retrieve two unique codes – one from each bottle.

Then, both participants had to send the two codes via SMS to a number specified for the competition. The sending of the matching texts paired the participants for the lucky draw, the results of which were announced on a weekly TV show. 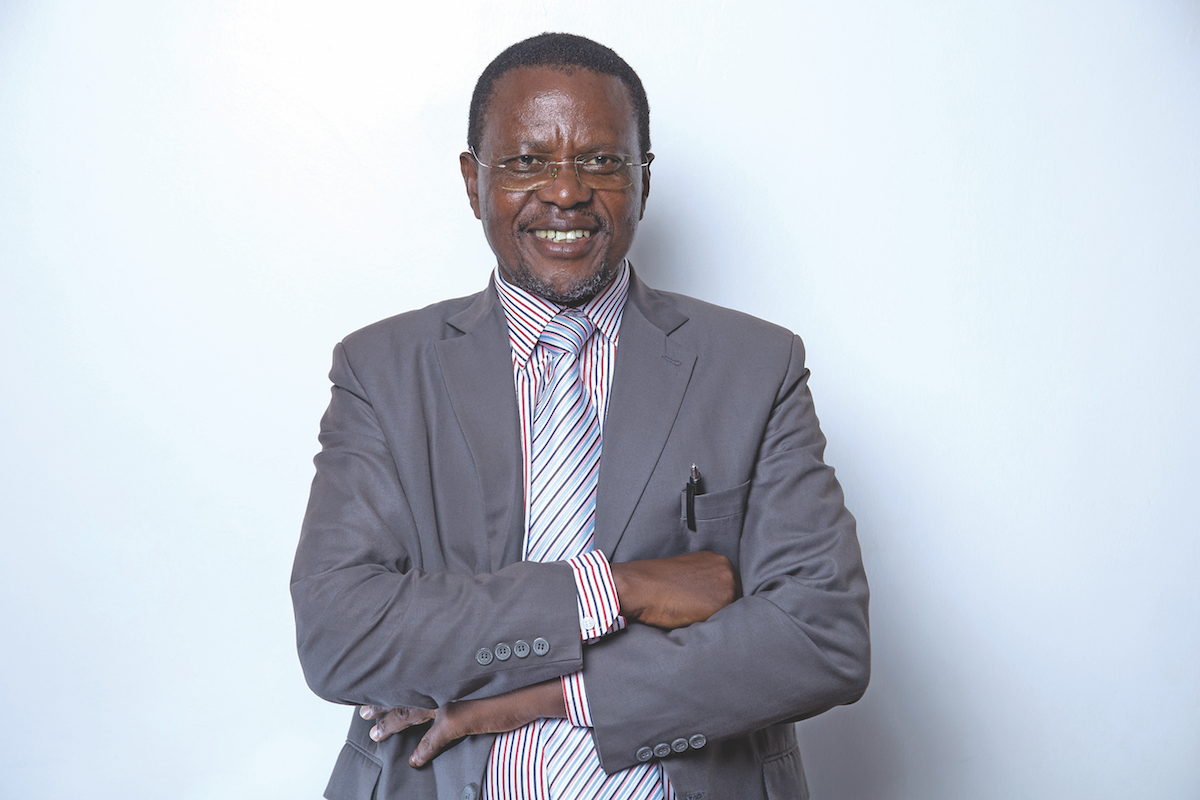 The objective of the campaign was to celebrate the connections between people, especially between PepsiCo customers and their loved ones, during the three holidays that coincided with the promotional period – Easter, Ramadan and Martyrs Day.

Other campaigns Crown Beverages has run include slashing the prices of some of its products. It did this in 2016 for its 330 millilitre bottles, cutting prices from UGX1200 (€0.28) to UGX1000 (€0.24).The aim of this promotion was to keep sales volumes up during a period when Ugandans were feeling the pinch from increased cost of living and rising prices of all other goods.

With all four indicators of success met, Paddy hopes to bring Crown Beverages to greater heights. “There are plans for expansion and we are looking to achieve double-digit growth this year. We are also looking to diversify into other refreshment products,” he says optimistically.

Since 2010, Crown Beverages has operated under the Resource Efficient and Cleaner Production (RECP) guidelines set out by the United Nations Industrial Development Organisation. UNIDO is a specialised agency under the UN that aims to guide industrial development in a way that reduces poverty and improves environmental sustainability.

By adhering to guidelines, Crown Beverages has experienced significant cost savings and increase in efficiency. The installation of a new beverage processor saved more than 60,000 litres of beverage annually, which was previously going down the drain as wastage.

Changing from a wet lubrication conveyor system to a dry one saved water and reduced water damage to the factory floor. Replacing diesel forklifts with electrical ones, combined with improved fleet management, reduced the firm’s carbon footprint.

The abovementioned three changes were estimated to have saved the company a total of US$299,681 (€265,975) annually, and they were just three out of the many adjustments made. In 2012, only two years after Crown Beverages started following RECP guidelines, the firm saw an 8% increase in water productivity and 17% decrease in waste intensity. 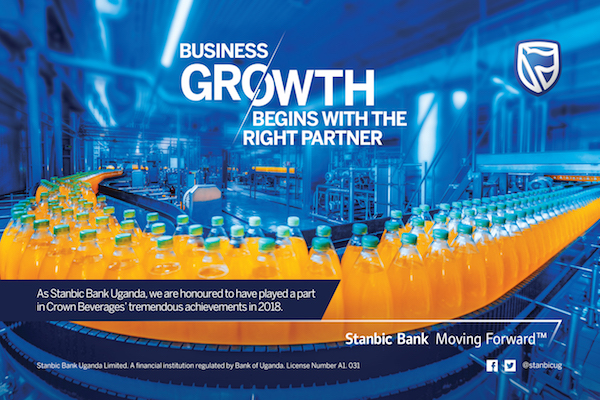 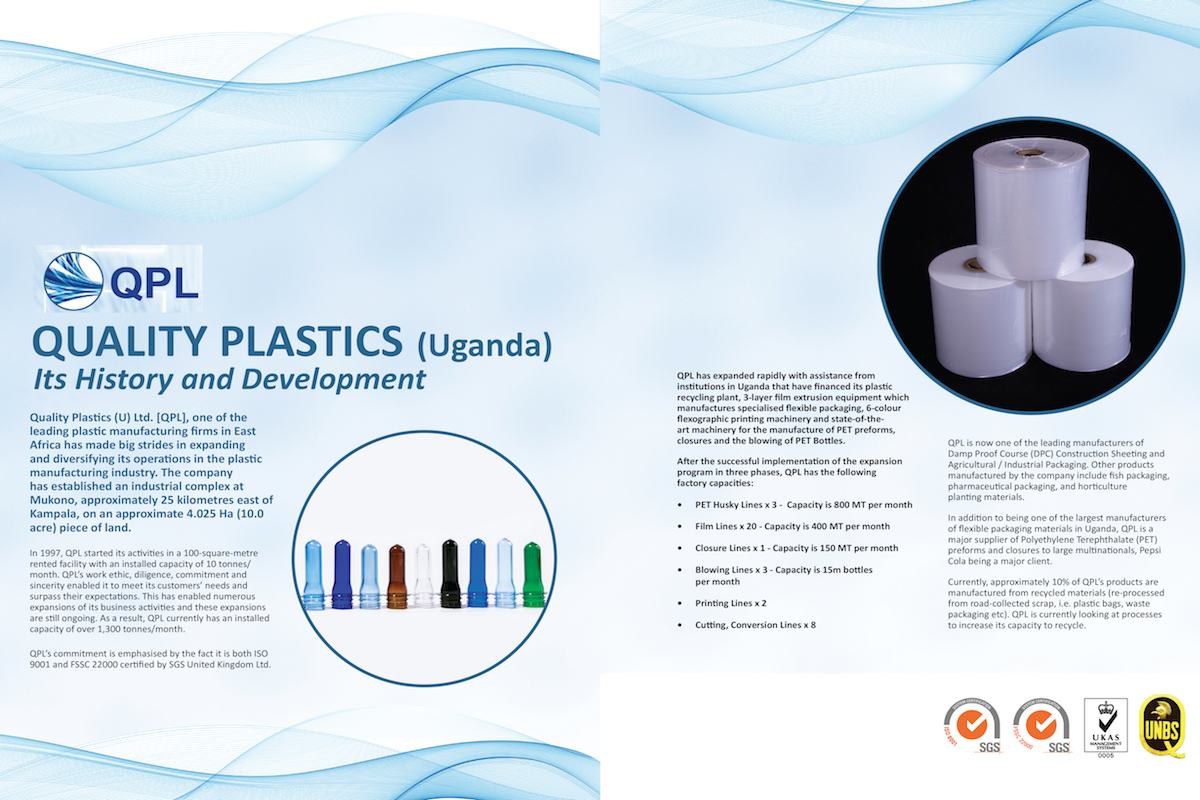 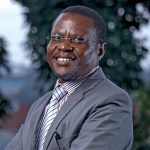