The Himalayan state of Himachal Pradesh in India is almost entirely mountainous, with its highest peak reaching almost 7,000 metres and its lowest altitude around 350 metres above sea level. Because of its diverse landscape, climates can vary from semi-arctic to semi-tropical.

Faced with extreme weather, the state’s 7.3 million residents are more dependent than most on a reliable power supply. Ensuring that every home has power, even in remote areas where villages cling to the sides of sheer mountain slopes, is the job of one state-owned company.

The Himachal Pradesh State Electricity Board, founded in 1971, has not only managed to achieve 100 per cent power coverage in the state but also does so at prices that are lower than anywhere else in the country.

“The level of power, the quality of power, the billing process – it’s all part of it. We also have a call centre that runs 24/7, so customers who have any problems can get a response day or night. We are here to give the best service to them, and we try to fulfil that mission every day.” We also have a call centre that runs 24/7, so customers who have any problems can get a response day or night.

Even though Himachal Pradesh State Electricity Board has the lowest electricity prices in the country, it is always trying to cut costs to deliver better value for its consumers. Most recently, it has embarked on an ambitious plan to provide the state with cheaper solar energy by providing rooftop panels that can power buildings directly.

This is all part of an even more ambitious plan to work towards powering the state of Himachal Pradesh exclusively with green energy. The company recently started work on a 200-megawatt solar project in service of this goal.

“This project is already in the commissioning stage,” Pankaj says. “Now the team is in the process, with the Asian Development Bank and the World Bank, of getting funding.”

Another way the company is continuing its decades-long commitment to serving the consumer is by introducing smart metres across the state. These metres will connect to apps on consumers’ phones, giving them detailed insights into their energy usage and tips on how they can cut it down.

“This not only helps them to save money, it also helps us to reduce energy usage,” Pankaj says. “We’re aiming for 100 per cent smart metering, and we’re going to get there with the help of a very generous grant from the government, which has made its commitment to renewable energy very clear.”

Himachal Pradesh State Electricity Board supplies its power through a network of transmission, sub-transmission and distribution lines laid throughout the state. The company achieved full, uninterrupted electrification across Himachal Pradesh in 1988, giving it the highest household coverage ratio of any supplier in the country and earning it widespread esteem in its industry.

The company also holds another record – its Rongtong Power House is the world’s highest hydroelectric power project, sitting at 3,657 metres. The 120-megawatt Bhabha Power House, meanwhile, is one of Asia’s only underground power plants. We’re aiming for 100 per cent smart metering, and we’re going to get there with the help of a very generous grant from the government, which has made its commitment to renewable energy very clear.

With these unique achievements, Himachal Pradesh State Electricity Board has been able to fulfil its vision of becoming one of the country’s most admired and reliable utilities providers while also creating value for all stakeholders. Another key part of that vision, Pankaj says, is providing uninterrupted power in an efficient, financially viable way and with top-quality customer service. Moreover, the company seeks to maintain its status as the state’s largest provider of economical power by increasing capacity in a timely manner, improving performance, reducing costs and better utilising human resources, all while maintaining a focus on environmental protection.

As Himachal Pradesh State Electricity Board continues to ensure the electrification of rural areas, the company is strengthening its existing infrastructure and bolstering its power network with advanced technology, which will help the company to reduce its losses or, in other words, reduce the cost to the state of providing subsidised power.

One key part of the infrastructure upgrade is to replace thousands of wooden poles currently holding up power lines with steel pylons or higher-quality wooden poles. The project is due for completion in March 2023.

“The area where we’ve been working on this recently is a very high-altitude area, and we’ve been having a very tough time there,” Pankaj says. “The length of the line may be small, but the multiple poles required at different heights means the costs have increased by the day.” We have to go to suppliers and find the best ones. Otherwise, it’s not possible to do what we do.

GOOD PARTNERS
None of this would be possible without collaboration with a range of reliable and high-quality partners. Himachal Pradesh State Electricity Board vets all its potential partners with a five-stage tender process to ensure they meet its stringent standards.

“We have amended this process again and again,” Pankaj says. “We have refined the process in order to get the maximum potential out of every supplier, tenderer or contractor that wants to come and participate with us in our mission to provide reliable and affordable energy to everyone in Himachal Pradesh.

“These are the good companies – they are all doing their best and giving their services professionally. We have to go to suppliers and find the best ones. Otherwise, it’s not possible to do what we do.” 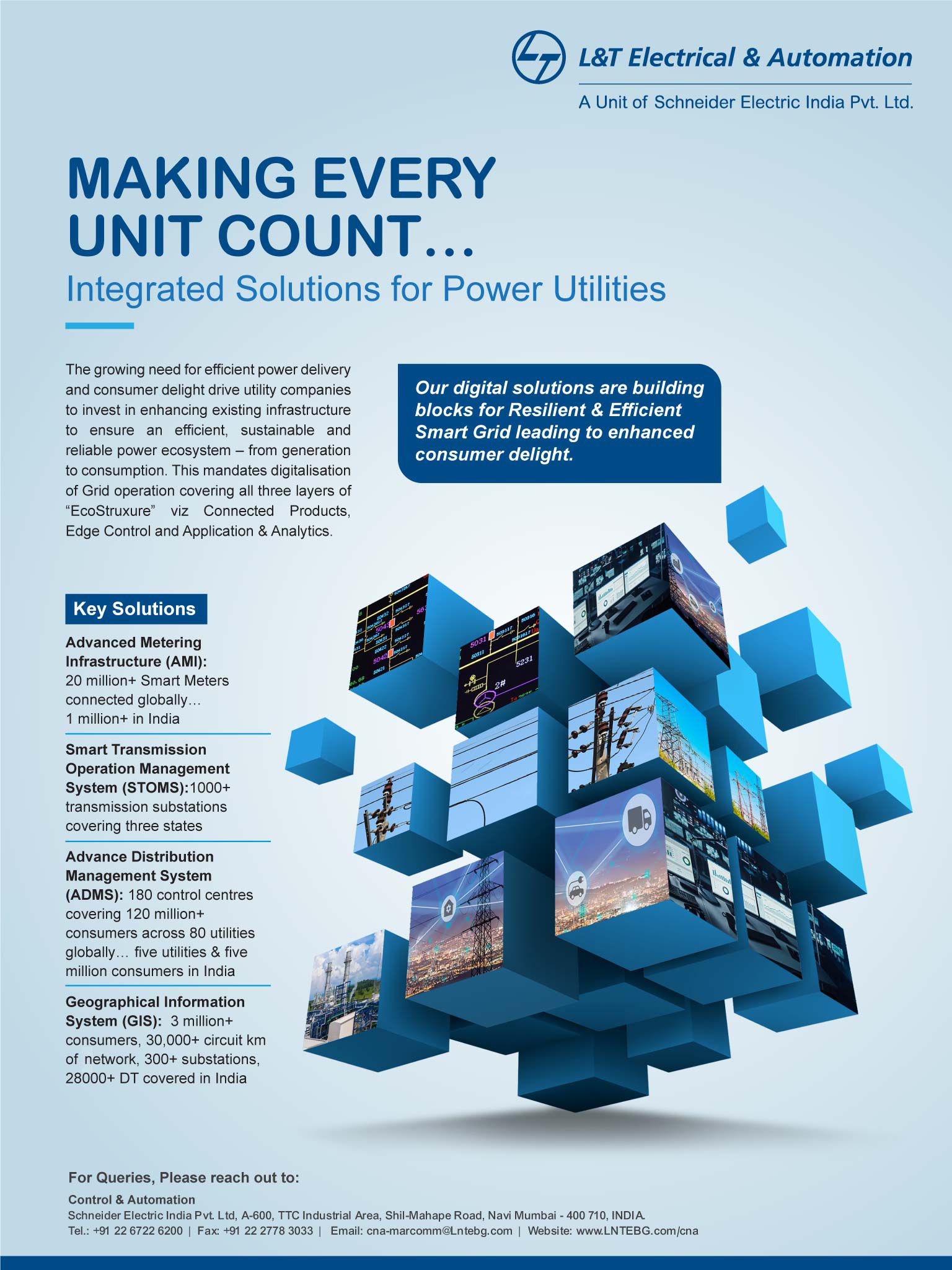