“We are spreading our wings, year after year.”: Rahul Kumar 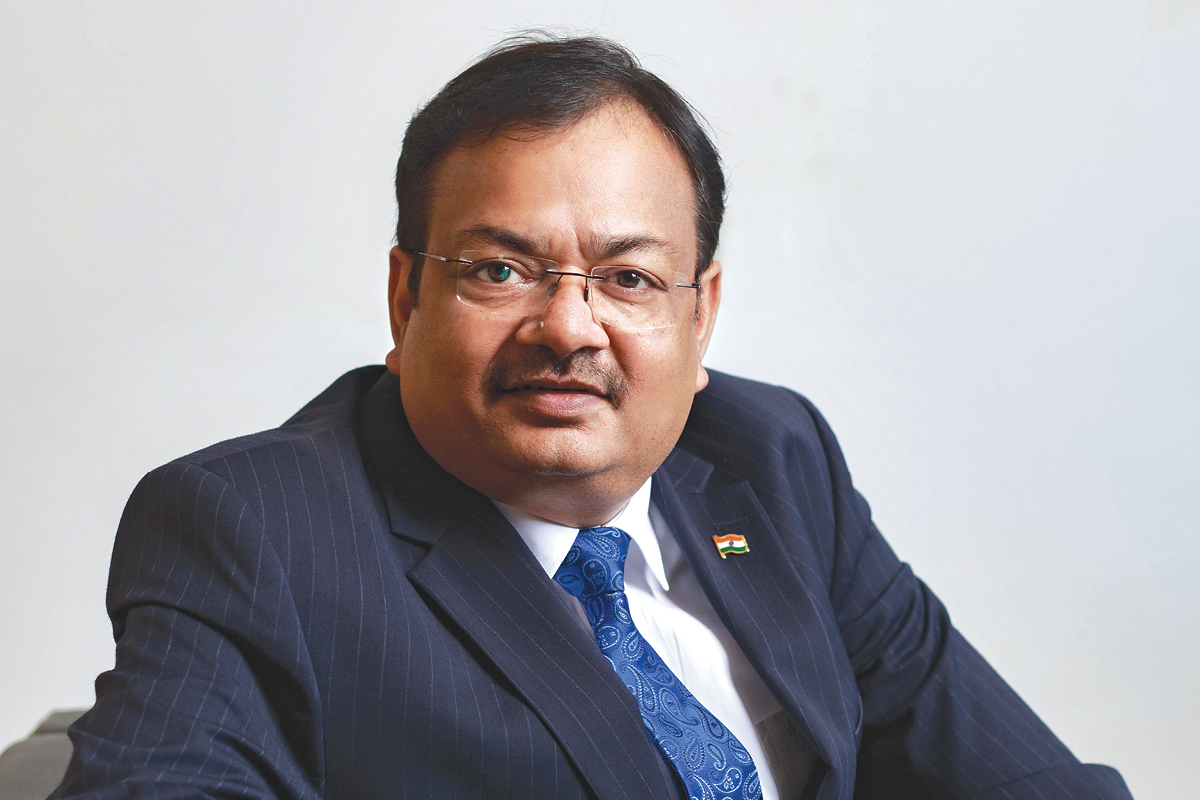 India is the biggest milk-producing country in the world. This year, the nation is expecting to manufacture 175 billion litres of milk. Capitalising on the opportunity, Rahul Kumar has been carving a path for himself in the nation’s dairy industry for the past 27 years.

“When you are the largest dairy group in the world, you cannot ignore India,” Rahul states with conviction. “It is not only the fastest-growing milk producer in the world, but milk consumption growth is also the highest in the world.”

“When you are the largest dairy group in the world, you cannot ignore India.”

Rahul notes that consumption growth in India is around 6 to 7%, unlike the rest of the world, where growth is either shrinking or is from 1 to 2%. Under his leadership, the company’s ambition is to expand across India.

“Within five to seven years, we intend to become a US$1 billion company in India,” he says, reinforcing that the company is on track to achieving its goal. “We are aiming to cover most of the Indian market. We are spreading our wings, year after year.”

After graduating with a degree in chemical engineering from India’s Institute of Technology, Rahul was chosen for a management course at the Institute of Rural Management Anand, after which he joined Amul.

In 2003, at the age of 33, Rahul became the youngest Managing Director in Amul’s history. For 11 years, he was fortunate enough to gain exposure in every area of the dairy industry.

Rahul worked across various sectors of the business, including the purchasing department, establishing a plant used to manufacture polyethylene film for milk pouches and multiple sales operations. “When I became Managing Director, I started interacting with the farmers and working at the grassroots level,” he shares.

“I visited more than 1,000 villages to find out how the farmers are producing milk, how they are pouring it, all about cattle feed, and how payments are made. In terms of technology and quality, I changed many things at Amul.”

The lessons learned at his first job ultimately prepared Rahul for his most significant role yet – leading a multi-billion-dollar business and the world’s largest dairy group, Lactalis. 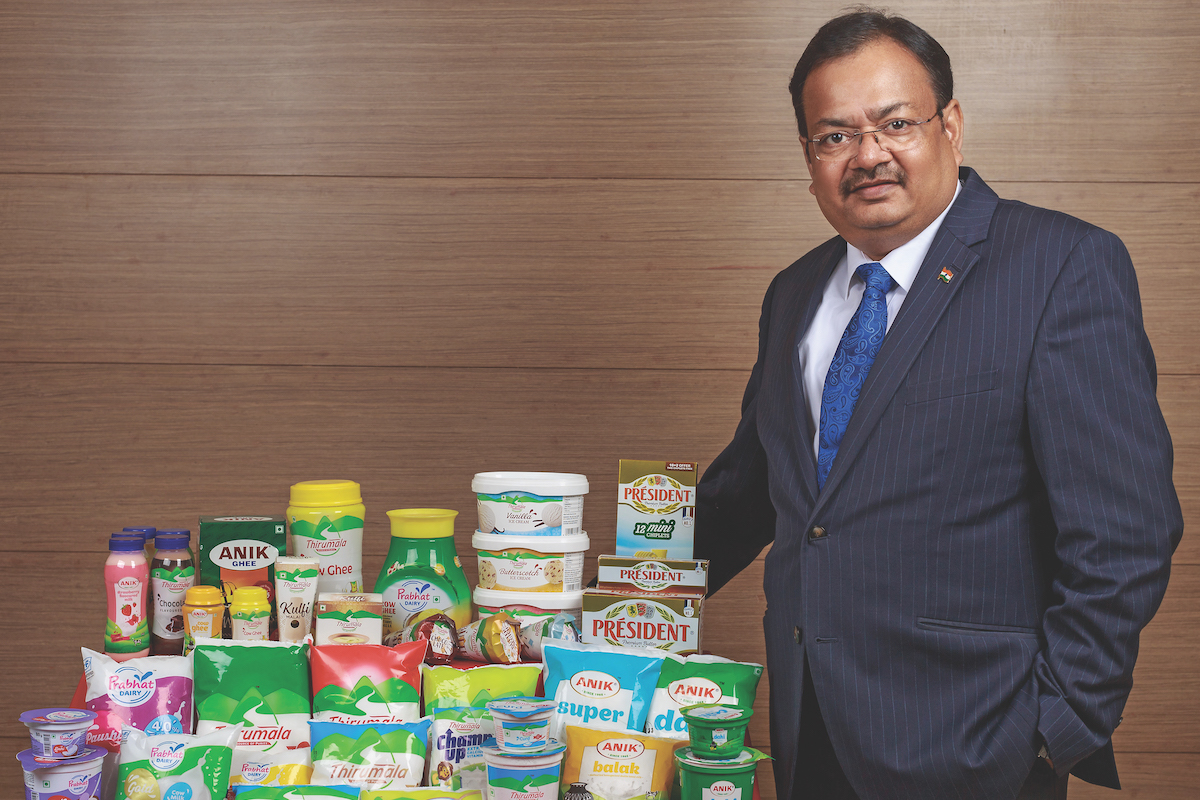 In 1933, founded by Andre Besnier, Lactalis started as a cheese-making company based in the west of France. Over time, the family-owned business grew to sell products in more than 180 countries. It has 229 production sites across the globe with a turnover of US$20 billion.

“The business environment at Lactalis is just like a family business where we don’t have bureaucracy or hierarchy,” Rahul highlights. When Lactalis entered the Indian market in 2014, Rahul joined as CEO. He recalls the initial challenges that came with introducing a global business to an emerging market.

“It was difficult to integrate because they have a different culture, different style of management and the market is completely different,” he explains. “They are the largest cheese manufacturer in the world. In India, cheese is still minimal.”

Additionally, the primary milk consumption in India is in pouch form. Rahul says for Lactalis to thrive, it was crucial to align with the Indian market. In the past, there have been many companies who have come and gone due to ignorance.

Rahul shares one example of a business that launched in India and, despite being the largest manufacturer of yoghurt in the world, it failed. “Indians don’t eat cold breakfast,” he states. “We don’t eat yoghurt in the morning.”

Rahul made sure to advise Lactalis to not impose its global expertise on the Indian market. Each market is different and has different strengths. “This was very important. It’s something many multinationals or global companies forget,” he says.

“Perhaps that was the incredibly important aspect of my contribution – to align Lactalis with our Indian market and Indian products. It is significant not to override the product portfolio. Otherwise, business becomes unmanageable.” Lactalis went on to acquire South India-based Thirumala, thus cementing the business’s first Indian acquisition.

“Perhaps that was the incredibly important aspect of my contribution – to align Lactalis with our Indian market and Indian products.”

Its second acquisition came in 2016 when the business bought North India-based Anik Milk Products. Three years later in April, Lactalis acquired Prabhat Dairy, based in Maharashtra. “We now have three companies, with a consolidated turnover close to US$468 million,” Rahul enthuses. “We doubled our turnover in five years.”

The approach over the next three to five years is to acquire an additional three dairy businesses. “That is the road map. There will be both organic as well as inorganic growth, but 70% focus will be on organic growth. After that, we can acquire more companies and make it a pan-India operation that is present across all the categories, channels, and in all the markets.”

But for now, and for this year, the aim is to ramp up the company’s efficiency levels. The dairy market is very competitive, Rahul explains, and the consumer is extremely demanding. “We have started to promote our milk on the ecommerce select form,” Rahul says.

“This is where the customers are now. They want flexibility and to have the option to change their inventory at the
last minute.” Ecommerce is also helping Lactalis create a broader customer base.

“Innovation is key because nobody wants the same boring milk that they’ve been drinking for the past 20–50 years,” Rahul adds. “People now want milk with added vitamins and calcium. Some people want milk that’s aimed at children and others want lactose-free milk.”

With years of experience and insight into India’s dairy business, Rahul affirms that optimal growth will be achieved as a consequence of efficiency, high service level, innovation and keeping good people close. He notes that ultimately, “Your employees are the real asset.”