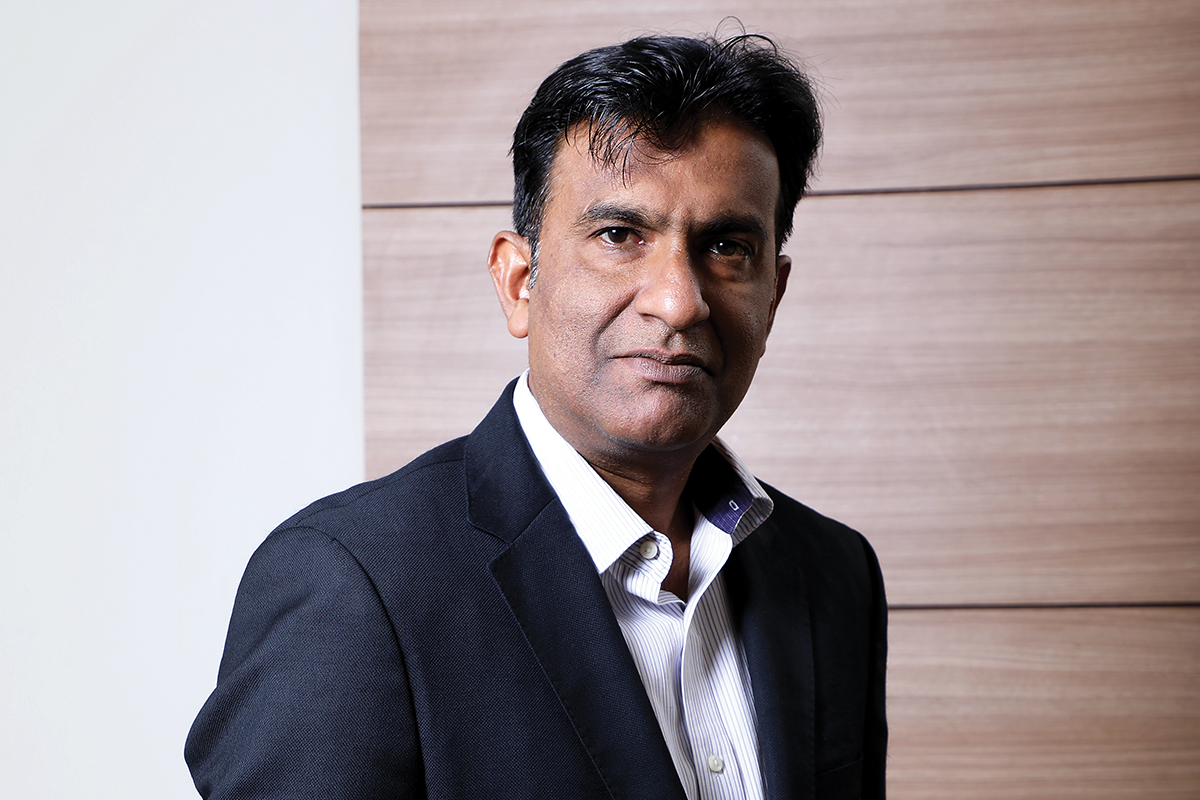 What do you say when someone asks you what kind of business you’re in? For Burger King India CEO, Rajeev Varman, the response is simple. “Some might answer, ‘I’m in the food service business’ or ‘I’m in the burger business’,” he says. “But I’m in none of these. I’m in the people business.”

After completing a mechanical engineering degree at Bangalore University, Rajeev moved to the US to get his MBA at the Golden Gate University in California. While there, he worked odd jobs to support his studies, before ending up as assistant manager at Taco Bell.

“My career started off literally in a restaurant,” Rajeev explains. “As assistant manager, I used to do swing shifts that went until two o’clock in the morning. During my work there I really fell in love with the business; the amount of activity and the pace at which a fast food restaurant works.”

Soon enough, Rajeev began climbing up the ranks to become multi-unit manager of Taco Bell, and subsequently joined one of the fast food chain’s largest franchisees as vice president of operations.

However, when Rajeev’s US visa was about to expire, he moved to Canada and became a citizen. There, he took on the role of franchise business leader of Burger King’s western division; taking care of the businesses in British Columbia, Alberta, Saskatchewan and Manitoba.

Rajeev was then promoted to national franchise manager of Burger King and two years later, was appointed General Manager. “I was overseeing the entire business of Burger King Canada,” he adds.

In late 2010, private equity firm 3G Capital purchased Burger King, and removed several of the company’s senior leaders. Rajeev was one of the few who remained and was selected to turn the business around in Northwest Europe in 2011.

After a collective 15 years of Burger King in the US, Canada and North-West Europe, Rajeev decided to head back to India. His father was getting into his eighties and Rajeev wanted to spend time with him while he was still healthy.

Nonetheless, Rajeev was still committed to Burger King, so when he flew back to India, he decided to start the business in the country. That was in 2013 and since then, Burger King India has grown to employ nearly 5,000 workers.

When Rajeev took on the challenge of bringing Burger King to India, he had to make the entire menu and product line from scratch. This was because the business in the US, UK and Canada all used beef, the trade and consumption of which is a contentious issue in India as cows are considered sacred in Hinduism, the country’s main religion, with 80% of the population identifying as Hindus.

“We spent an entire year just building products,” says Rajeev. “All the products, patents, vegetables, sauces and spices are sourced and made in India. We hired Indian chefs and conducted the largest taste-test ever done by Burger King in the world. Three thousand people taste-tested our products to tell us which they liked and which they didn’t.”

The brand was then launched in India. “Veg, variety, value and taste are what we stand for here,” Rajeev continues. “We are known for quality products around the world. Everyone knows that when you want to have a good, substantially sized burger, that comes from Burger King.”

The other thing that makes Burger King India stand out from the rest is the flagship burger, the Whopper, Rajeev adds. “Today, all the research tells us that the Whopper is actually more popular than the Burger King brand itself.

“And here in India, for the first time in the history of Burger King, the Whopper was actually reinvented. Can you imagine – a burger that was built in 1954 is still built exactly the same way that it was all those years ago? But it’s very different in India, because it was created here only in 2014. That’s when we got the first Whopper out and it’s a brand-new sandwich. We actually have three versions: a vegetarian Whopper, a mutton Whopper and a chicken Whopper.”

All at the right time

One of the most challenging aspects of establishing a presence in India, is the real estate costs. “If you look at property in the metro cities of India, the pricing is comparable to markets like New York, LA, San Francisco and Chicago,” Rajeev says. “Real estate is very expensive. The food and beverage market in India is much smaller and shallower than its overseas counterparts. So, you’re left with a very challenging situation to generate revenue while still covering real estate costs.”

But since coming to India, Rajeev has successfully opened more than 148 restaurants and looks to launching many more. “I want to build a good company, a good culture, and good value for the customers, and I want to do all that at the right pace,” he says.

“What I’ve seen in India is you can’t run faster than the pace at which the environment allows you to run. If you try to outpace the environment or buy your buildings all at once, you could end up making the wrong decisions.”

Cooking up the perfect culture

Rajeev is passionate about working with people who can be nurtured, which begins by having the right culture. “Culture has been the backbone of what I do,” he explains. “Establishing the culture doesn’t mean just creating it and walking away from it. It can never exist unless it’s nurtured daily.”

And establishing a culture doesn’t just mean sporadic training programs on professional development, food safety or hygiene. “Culture is about action,” Rajeev continues. “It’s how people work with you and behave when they are in the restaurant. It is something that has to be ongoing; every minute, every day and every year.” 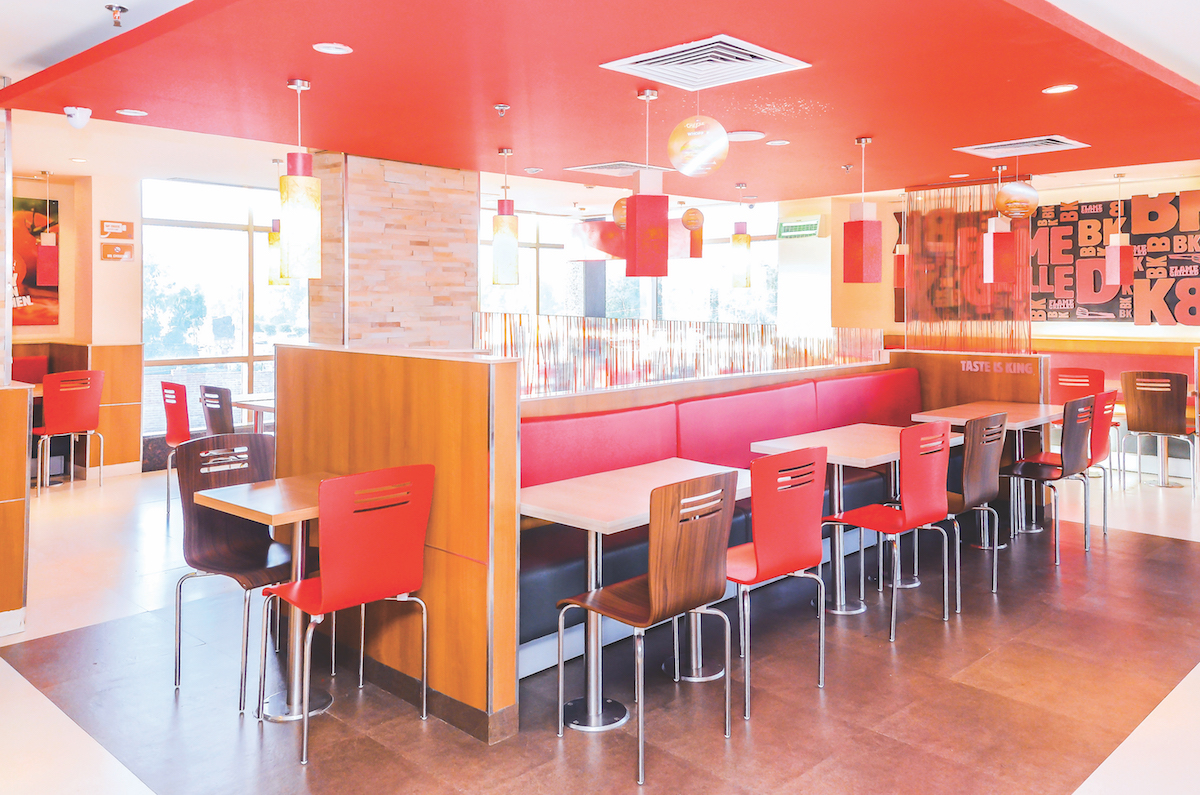 Developing the right culture comes down to hiring the right people. And to get the right people to work at Burger King, Rajeev isn’t interested solely in their experience. He looks for talent, which is based on the three Hs. The first is whether the person is hungry for doing something big. “That doesn’t necessarily mean they have done something big,” Rajeev says. “Many people who have done something big are no longer hungry to do something big. So, hunger is one of the attributes I look for and I find that extensively here. In India, the young kids today are hungry to make it big, and that works well for me.”

The second aspect is humility. “Humility is very important to me because it promotes learning,” he says. “I lecture at a lot of universities around the country and I always tell the students that arrogant people shut off all their senses; they stop hearing and seeing many things. But learning happens through your five senses and it takes humility to open up the senses. I lead by example in the company; by being out in the field, in the restaurant. I spend one day a week in the office, the other days are usually in the restaurants talking to people. That’s the way I connect with people and keep them valuing our common goals.”

The final characteristic Rajeev looks for is hard work. “Success comes before work only in the dictionary,” he continues. “So we promote hardworking people.”

“Success comes before work only in the dictionary.”

Internally, Burger King India refers to its suppliers as partners; whether it’s PepsiCo, Vista Foods or DJS. Rajeev describes his experience with Vista Foods over the past few years, which he, along with a small team of colleagues, often visits. The team goes to Vista’s facilities and works with its scientists, chefs and line staff. And over time, Rajeev says, the people have become “very connected” with Burger King. “They became very passionate about what they were producing for us,” he says.

“It’s important to ignite passion in your employees, all the way down to the people who are working on the production lines. When you put on your Burger King T-shirt, your hairnet and gloves, and you work with them on the line, the passion you bring with you can also be generated in their hearts.”

This positive energy is further established by senior leaders interacting with the line staff. “When you visit one of your supplier partners, you could give a high-five to the person on the production line and tell them what a good job they’re doing,” Rajeev continues. “Then the products that eventually come into your restaurant will automatically be better.”

According to Rajeev, Burger King India has the largest vegetarian menu of all Burger King restaurants around the world. “A substantial 50%–60% of products IN our restaurants are vegetarian, and many of these are now going into other markets abroad,” says Rajeev.

Rajeev believes that this connection is what motivates employees more than just getting paid. “Cheques and bank balances are not what drive India,” he says. “What drives India is passion. If you see an employee who works eight to 10 hours a day on the production line and you say to them, ‘Let’s have lunch’, that’s what drives them. You need to be personalised to keep that passion alive.

“Over the past four years, I’ve learned that the way to drive efficiency, results and consistency in India is through passion and people. Unless you invest time on a regular basis to continue keeping their passion alive, you will become just like any other company that is simply filing pay cheques. Passion and people go hand in hand.”

Rajeev goes on to say that it is all these efforts the company does internally that shapes the culture as a whole. “The fact that the CEO of the company is on the road or in the restaurant, talking to crew members and partners, and almost on a daily basis, becomes a reflection of the real networks around them, as well as the whole organisation,” he explains. “And that becomes the culture.”

One of the ways in which Burger King implements corporate social responsibility is by increasing work opportunities for women. The company hires as many women as it can and offers them training for promotion. “We want to get as many women as possible into high-ranking roles in the restaurant, and to become Restaurant General Managers,” Rajeev notes. “Today, about 27% of our workforce is female and we’re striving to increase that.”

Female staff also have the option of wearing badges on their collars that say ‘Queen at Burger King’. “The way people talk to our female employees becomes very different because of the way we project them, the way we celebrate them, and the way we recognise them,” Rajeev says. “It impacts on the people who interact with them.” Rajeev adds that female staff are offered self-defence classes so they can take care of themselves while commuting to and from work.

Burger King India also supports external outreach programs. “We collect money, promote and support Room to Read, an organisation that builds libraries across India and Africa, as well as Avasara Academy, a school that provides education to all girls, regardless of their background.

We have asked the organisation to spend the funds on building libraries in schools for girls. It has also seen an increase in primary school enrolments and a decline in dropout rates.

“We are just getting started. We will continue striving to provide veg, value, variety and taste to our esteemed guests. Our vision is to build a strong Burger King business in India with our ethos and culture.” 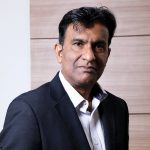