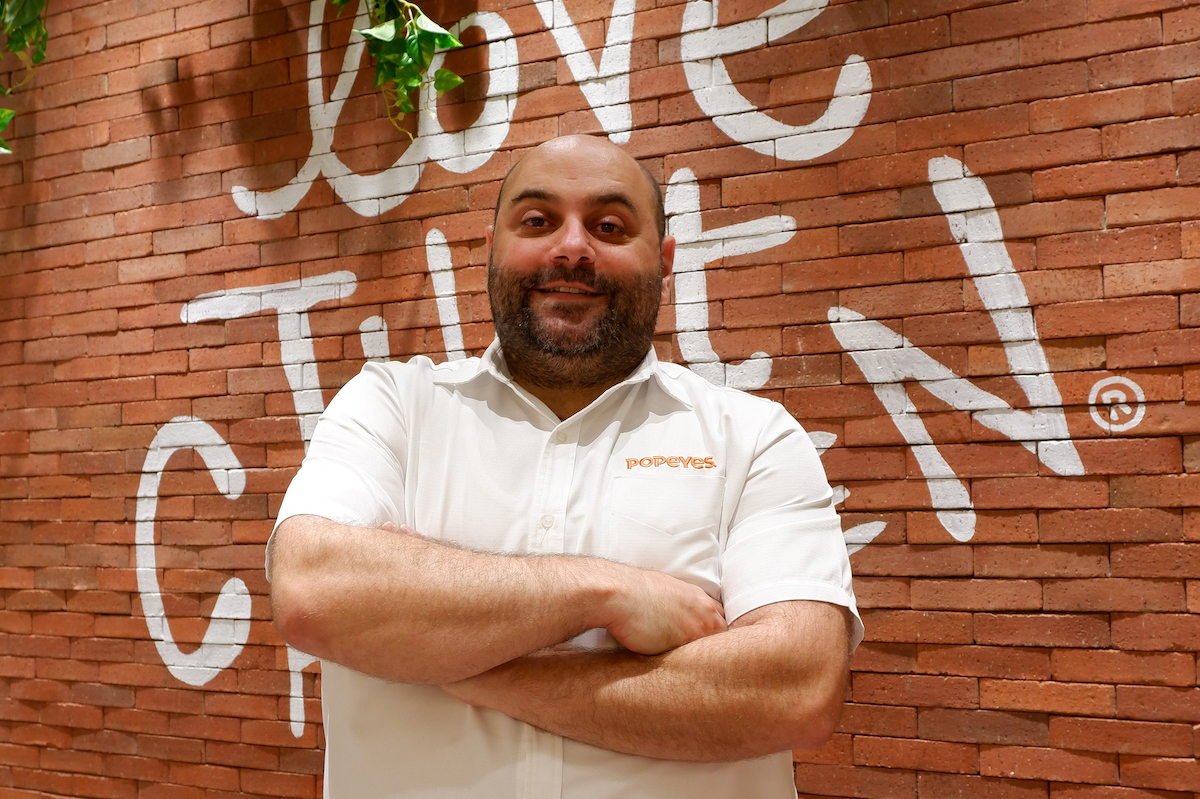 Rami Chahwan’s track record in running major restaurant chains across several continents is impressive by any standards. Now General Manager and COO of the rapidly growing Popeyes Louisiana Kitchen franchise in the Philippines, he’s built the company up from scratch and will finish this year with a total of 40 restaurants. But he’d be the first to admit that his big break into the industry relied on a couple of pieces of good fortune.

“When I was still a young man in Canada, I wanted to start working as quickly as I could because, even then, I wanted to be financially independent,” he tells The CEO Magazine. “I had no idea how I’d do that, but then I got very lucky and was hired as Manager of a Tim Hortons coffee shop. I enjoyed everything about working there, but then, through pure coincidence, one of my customers liked what I did and offered me a job at his restaurant group. From there, my love of restaurants just kept growing and growing and growing.” 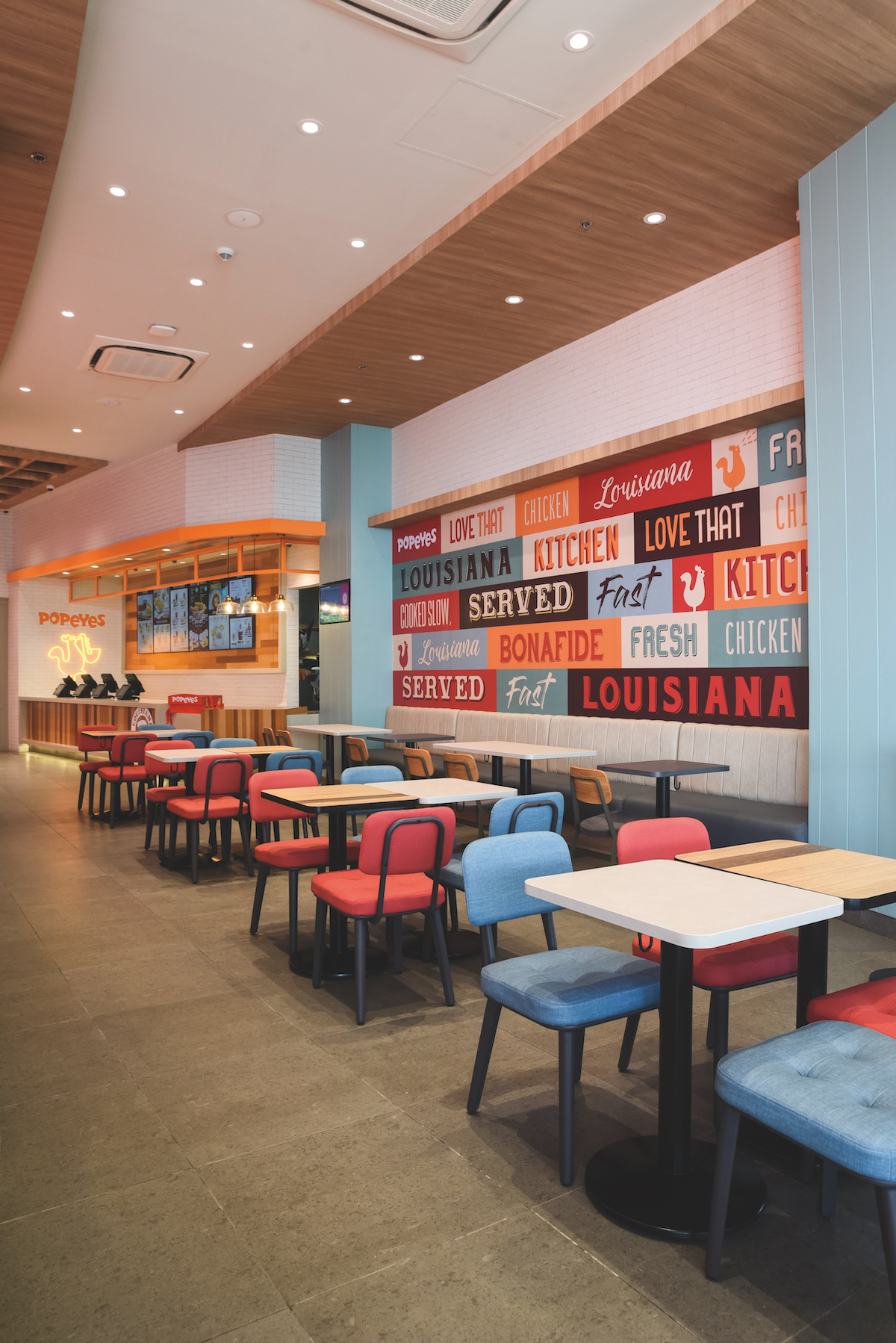 It wasn’t long before Rami had impressed his boss so much that he was promoted to General Manager. Over the next nine years, he increased the number of locations from 12 to 45, and was even made a partner in the business while still in his early 30s.

“It was a great time, but my fiancee and I wanted to relocate back to Montreal,” he recalls. “So I told my boss, ‘Look, I cannot keep travelling like this, I need to slow down and work on a succession plan.’ And so we tried but couldn’t find a suitable replacement, and he said, ‘You know what? I’ll just start working on my retirement.’”

The move left Rami out of work and wondering if he’d done the right thing. In the end, he accepted an entry-level job back at Tim Hortons, managing a single restaurant. It meant taking a sizable pay cut and he knew his career had stalled. But not for long.

Within six months, he was promoted to Head of Training for the entire organisation, overseeing 4,000 locations throughout the country. After less than a year in that job, he was elevated again, this time to the newly created role of International Business Manager. The company had merged with Burger King to form Restaurant Brands International (RBI), today the fifth-largest food service operator in the world. Rami was relocated to Dubai for six months and then Saudi Arabia.

“My mandate was very simple: take the business and put it on steroids,” he shares. “And that’s basically what I did. Tim Hortons had less than 50 premises but, within 18 months, there were more than 150, and it was setting up a partnership in the Philippines.”

“I like to spend two days a week visiting the restaurants, and the busiest times are Saturdays and Sundays, so I go then to show the teams that I’m giving up part of my weekend too.”

While he was in Manila discussing the plans, the conversation took an unexpected turn. “I guess the Tim Hortons management team must have liked me because I was offered a job as Director of Operations, Learning and Development,” he reveals. Although he was reluctant to leave RBI, Rami knew that the role was perfect for him. “Again, it was going to be about recruiting a team and then creating the right culture to grow the business. It only took us two months to open the first restaurant.” “My interview for Popeyes was actually on my wedding day,” Rami laughs. “We had a lovely ceremony and then, two hours later, I was in an office being questioned about the job. The reception started at 7pm, but I didn’t get there until 10pm, as the interview lasted five hours!

“But I really loved the vision and passion of the company’s Chair. For me, it was a chance to keep on learning and pushing myself. I met with the President a couple of days later, just hours before my flight back to Canada. When my plane landed, I already had a message on my phone offering me the job.”

Six months later, there were already 10 restaurants and the momentum for growth seemed unstoppable. That was, until the expansion plans stopped. “I noticed everything seemed to be slowing down,” Rami says. “I didn’t understand what was happening, so I confronted the CEO and told him, ‘Look, I’m dynamic and I’m passionate. What are we doing? I’m not going to stay if nothing is going to happen.’ He was basically asking somebody used to handling 600 locations in Canada with a CAD$300 million [US$240 million] budget to oversee 10 locations. I knew I was going to get bored.”

Rami was reassured the situation would change within six months, but when it didn’t, he decided to join Paramount, a Middle Eastern restaurant chain in Canada that was haemorrhaging money and which urgently needed him to work his usual magic. He did just that and in less than a year it was breaking even and launching into Pakistan, the UK and the US.

And then in May 2018, RBI came calling again. It had just added the Popeyes Louisiana Kitchen brand to its portfolio and wanted to roll it out internationally, but was far from certain it would work. However, the company was certain that it needed Rami to trial the idea in the Philippines. “They said, ‘This has to work. If it doesn’t, then we just won’t be able to scale the business.’ The pressure was huge, but in just over a year, we had 11 locations and we were doing four times the business the US was,” Rami smiles.

The unsurprising success led to Popeyes Louisiana Kitchen launching in China, Spain, Mexico, the UK and India. And for Rami there was an added personal bonus. “I like to spend two days a week visiting the restaurants, and the busiest times are always Saturdays and Sundays, so I go then to show the teams that I’m giving up part of my weekend too,” he says. “When someone asked me if it takes a toll on my family life, I told them that it definitely doesn’t as my kids love Popeyes as much as I do!”