Far out in the New South Wales Riverina region, one of the state’s most bountiful agricultural areas, the town of Leeton is surrounded by some of Australia’s most lucrative farms. From citrus and cotton to wine and walnuts, Leeton’s fertile soil is a multibillion-dollar cradle for exports that feed and clothe people all over the world.

One product above all, however, has become synonymous with Leeton: an inexpensive, versatile and robust grain that’s gluten-free, bursting with fibre, vitamins and antioxidants, and enjoyed daily by more than half of the world’s population.

It’s rice, grown in the region by Australian food export juggernaut SunRice and sold around the world under a range of market-leading brands, including SunRice.

The turbulent nature of the Australian climate means that rice must be grown and harvested in very specific ways. Australian rice is grown with around half the water of rice grown in other parts of the world, and even then, severe drought still puts crops at risk.

Despite these antipodean challenges, Australia’s rice industry is successful, competitive and resilient – much like SunRice. Born in 1950 from just one rice mill in the Riverina, SunRice has become one of Australia’s leading exporters of branded food and forms the backbone of the country’s rice industry.

Although this success was built purely on the back of Australian-grown rice, today the company sources its rice from 12 different countries to meet the demand of almost 50 nations.

But despite its global reach, SunRice maintains its local ties – transport contractor Deniliquin Freighters has carried its product from its Riverina mills to retailers around the country since the 1970s.

“When I joined SunRice in 2012, it had just survived the millennium drought,” says CEO Rob Gordon. “It demonstrated to me that the business had a tremendous resilience and capability, but was too reliant on only Australian supply. There was an opportunity to expand internationally to provide a natural hedge to the country’s conditions while building the business.”

Rice, one of the few carbohydrates people want to eat more of, according to Rob, is subject to macro-economic and demographic trends that consistently work in its favour, particularly in  those parts of the world where the population is still growing rapidly.

SunRice, an iconic Australian-owned and operated brand and a producer of high-quality rice, was ideally placed to make a bigger splash in that willing international market.

“We had a clean and green Australian food product and the Asian continent on our doorstep. It was the ideal vision of an Australian company poised for success on a competitive, international stage against all comers taking our Australian expertise and transporting it to other markets,” he reveals.

Years of experience at Unilever, Goodman Fielder, Viterra and Dairy Farmers gifted Rob with a unique understanding of the paddock-to-plate nature of the fast-moving consumer goods market and, crucially, what works. Under his guidance, SunRice has experienced a 75% increase in consumer demand for its products in less than a decade. 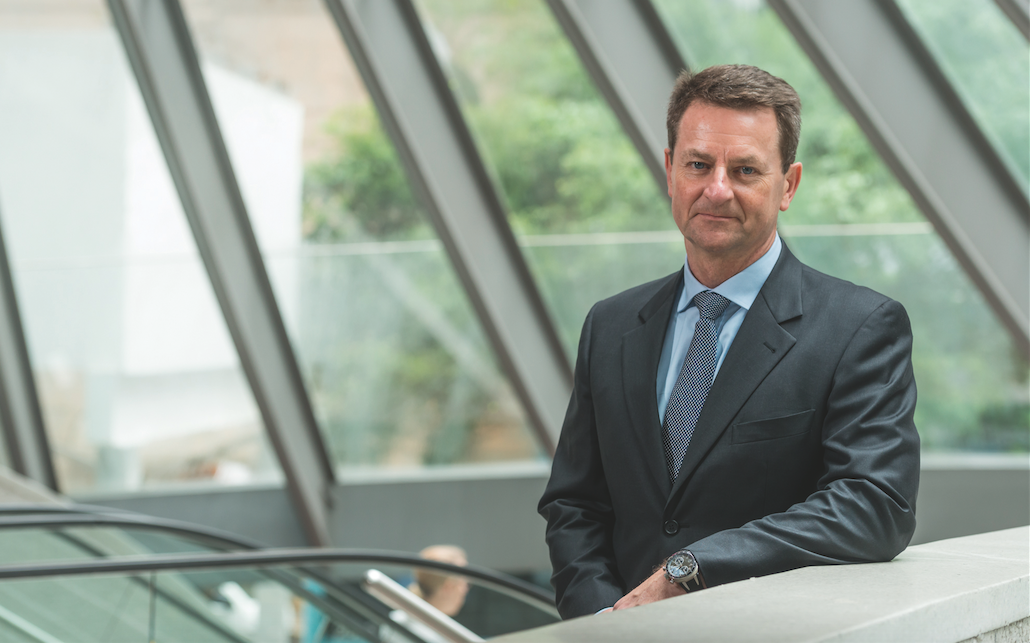 “That’s despite the fact that we’ve had less than 5% sourced from our Australian supply chain in the past two years,” he says. “I think most businesses, if they were deprived of 95% of their inputs, would struggle to make the bottom line.”

Conversely, he says, SunRice has maintained the top line, all while paying good prices to farmers and supporting them through harsh conditions. “Even through the drought cycle, we’ve been able to pay a fully franked dividend at a record level for a number of years,” he shares.

“It shows the resilience of the business, of the markets and of our strategy to hedge against Australian drought and not just build a top line in market demand, but also build supply chains to service it.”

As frustrating as the ebb and flow of Australian rice farming conditions can be, when it rains it pours. “I’m delighted that right now, a decent Australian crop is coming off again. It’s not as big as crops of old, but it’s 10 times bigger than we received last year and the year before,” Rob admits.

Even through the drought cycle, we’ve been able to pay a fully franked dividend at a record level for a number of years.

“We’re in a position where we have Australian rice to take back to market, and that’s really pleasing, and builds on the diverse supply we now have.”

That’s not to say that when skies are clear, the team is simply kicking up dust. Lines of brown rice chips and rice crackers are set to launch in Asian and Middle Eastern markets; the company’s premium sushi business – ideally suited to high-quality Australian rice – is ready to return to restaurants around the world; and microwave rice cups have continued to provide people with nutritious workday meals.

SunRice’s willingness to take full advantage of the versatility and health benefits of rice for the widest possible market speaks to the company’s in-depth knowledge of consumer trends. “We believe that people have great intent whenever they turn up at work, and we want to be very inclusive of different experiences,” Rob asserts.

“When people from diverse backgrounds are truly included and given a voice, the more rich the solution to a problem might be.” While inductees are made aware that the rice business isn’t an easy one, they’re also encouraged to make a difference. 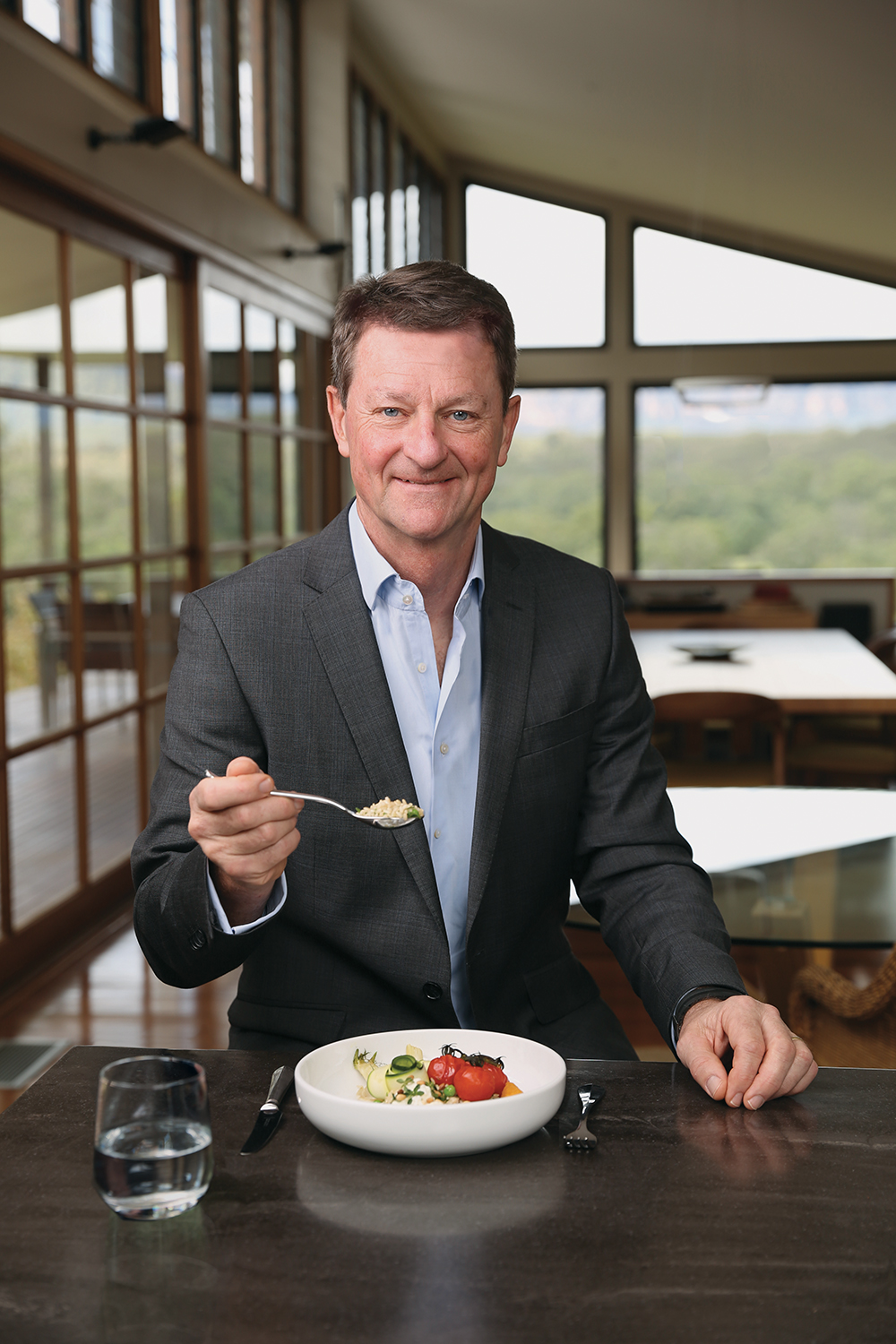 “What we do is a team effort, and has to be – we face challenges quite exclusive to our industry, but we have a real can-do attitude. When we hit an obstacle, the SunRice way isn’t to explain why we can’t do something, it’s to work out how we’re going to overcome it.”

When severe drought hit Australia two years ago, the team could see worsening conditions coming. Instead of making the most of what they had, they hit the road. “We were able to source a really highquality Japanese-style sushi rice in Uruguay, despite it being a new source country,” Rob says. “We did the research, jumped on a plane and ended up quickly establishing a valuable new commercial relationship.”

Similarly, SunRice has recently entered Vietnam, a country with significant macro-economic advantages in the rice industry. “We saw a mutual benefit between us and the Vietnamese government’s objectives, to enhance the international reputation of Vietnam-grown rice,” Rob points out.

“Many tours of the Mekong Delta later, we’ve established a world-class mill, the best part of 100 Vietnamese staff and we’re exporting rice out of Vietnam to value-added clients around the world. That’s what a can-do culture is capable of.” Although Rob is the face of SunRice, the CEO quick to emphasise what a team effort its ongoing success is.

“You can’t re-establish a business post-drought without the support of a great team,” he insists, pointing to a piece of advice that’s stuck with him throughout his career.

“If you surround yourself with highly capable people, you’re likely to win more often than not. I’m lucky to be surrounded by professionals who’ve come to SunRice to ply their trade from all sorts of different backgrounds, and to show what an Australian business can do on the international stage when we have a passion to make a difference.” 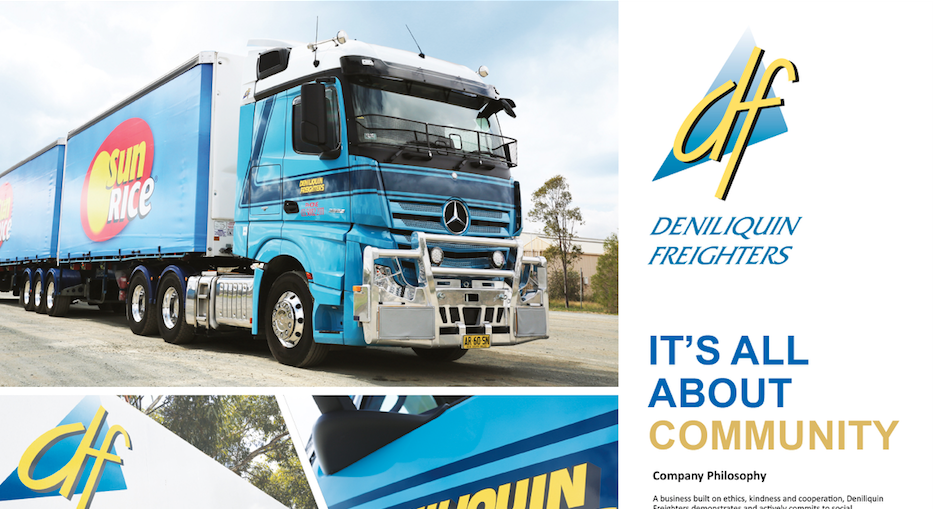