“The customer is king.”: Royle Jansz 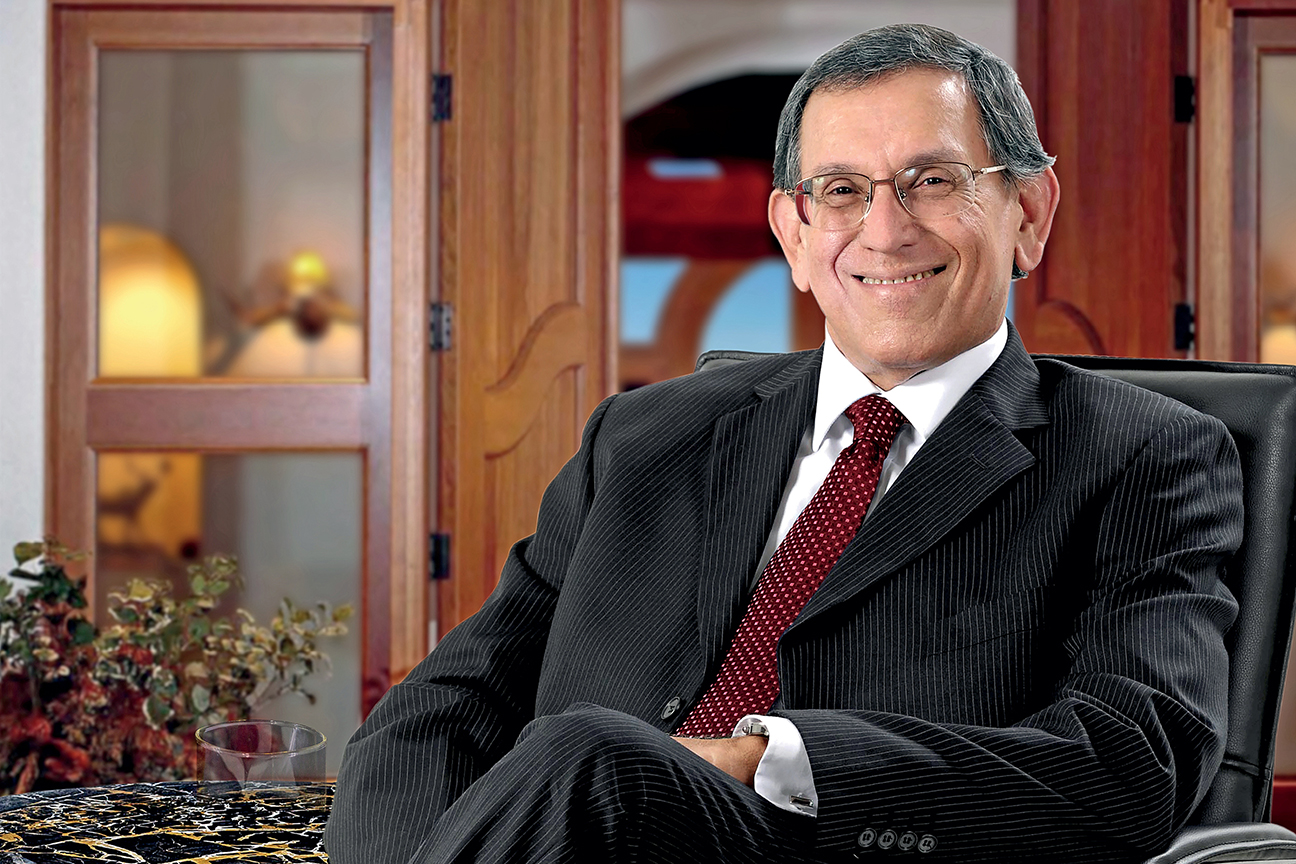 Royle Jansz, Executive Director of the Distilleries Company of Sri Lanka (DCSL), admits he’s no expert in distillation, but he has been in senior management long enough to know that business success comes from a team rather than any one individual.

And while the distillers at DCSL have travelled to France, Scotland and Ireland to perfect their art in countries considered the birthplace of many spirits-based drinks, his background in finance and logistics made him the perfect candidate for the role when the state-owned company was privatised in 1992.

As the 30th anniversary of the acquisition – which was the largest single transaction ever made on the Colombo Stock Exchange at the time – approaches, Royle can reflect on the transformation in the company.

“The mentality when we took over was that this was a job rather than a vocation,” he explains. “Everything was about waste and there was no care about the customer side. It was a case of doing the job and leaving.”

The challenge lay in changing the mindset of the existing employees from a government-sector perspective to a more private sector-oriented production and consumer-focused one. “We had to teach them that the customer comes first and has to be given the best possible product in the best possible packaging,” Royle tells.

Investments were made into top-of-the-range machinery, upgrading systems and processes, and research and development. Also significant was a decade-long partnership with France’s Pernod Ricard.

“We sent our chemists and managers there,” Royle says. “We learned a lot from them.” In a 1996 joint venture between the two businesses a new company called Periceyl was founded to market globally renowned wine and spirit brands in Sri Lanka.

In 2007, it became a fully owned subsidiary of DCSL. It has taken some time, Royle acknowledges, but now he can proudly say that along with a state-of-the-art production facility, DCSL has a state-of-the-art mentality among its people.

“We have inculcated a high level of service and care about our customers and about the products we make,” he affirms. 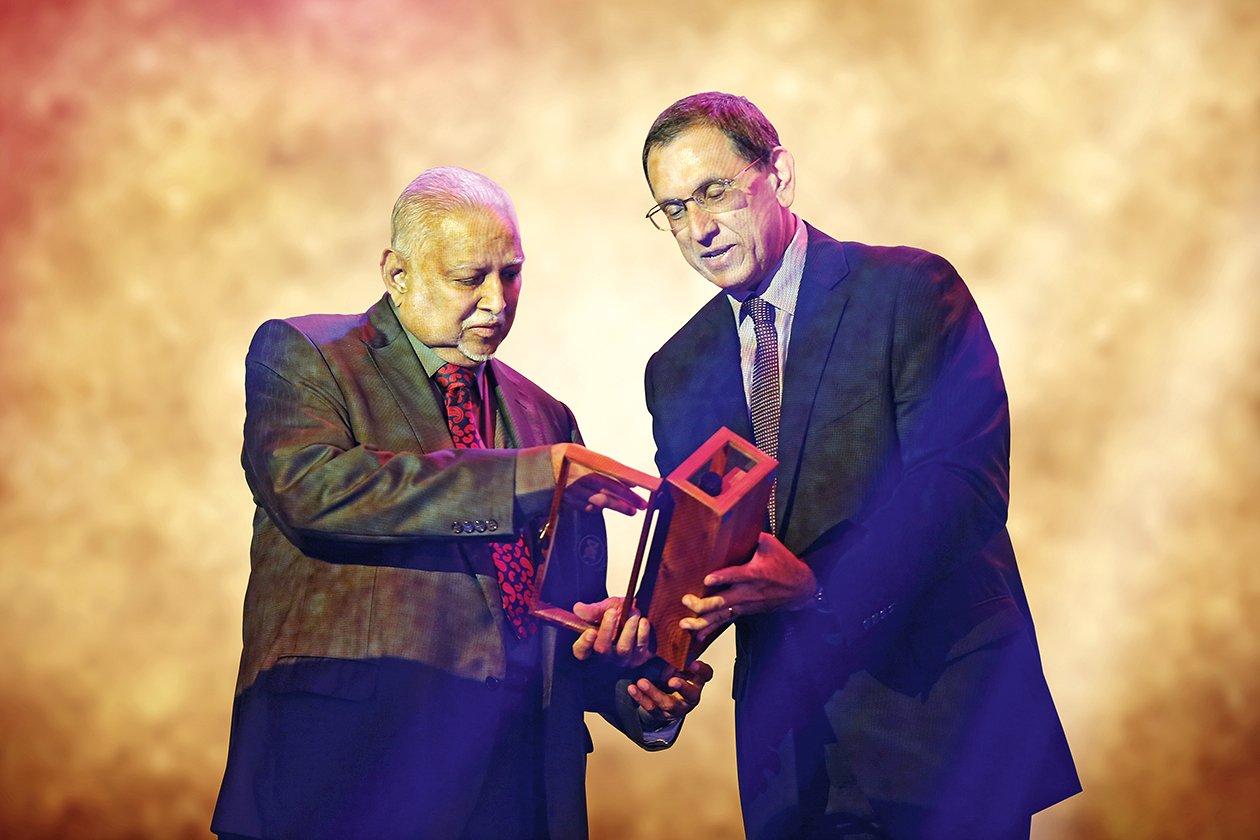 Founded in 1913 as the distillation and manufacturing arm of the Excise Department of Ceylon, DCSL is today Sri Lanka’s largest distiller and one of only five Fitch AAA-rated companies in Sri Lanka (one of the other five is its parent company, Melstacorp).

Although its portfolio includes international brands such as Stolichnaya Vodka and Taittinger Champagne, the story of its growth is centred upon one beverage in particular: arrack, Sri Lanka’s native drink.

Made from the coconut flower, he calls it one of the purest alcoholic beverages in the world since the sap, also known as toddy, naturally ferments. “It’s very popular in Sri Lanka and we knew there was a lot of potential. We just had to cut out the waste and make the product even better than it was,” he explains.

Its range of arracks include double-distilled and matured examples (Argenté Centenary Blend, aged for 20 years) but, as he looks towards the future, Royle is excited by one of the newest additions to its collection: Narikela.

Born out of the collaboration with Pernod Ricard, the intention has been to create a drink that encapsulates the country in a bottle, that becomes known as “the spirit of Sri Lanka”, he explains. The name, which he thought up himself, comes from the Sanskrit word for coconut.

As bartenders and drinkers develop a taste for some of the lesser-known spirits from around the world, arrack can now be found on drinks menus from London to Singapore. It has also become the gift of choice for Sri Lankan CEOs to take on foreign business visits, according to a BBC report. The art of harvesting the sap, or the toddy, has hardly changed over the generations and DCSL, like other arrack producers, employs a team of what is known as “toddy tappers”. It’s normal for these men to spend hours a day harnessed high above the ground, jumping from tree to tree in search of the precious nectar. But it’s a tradition that today is under threat because of real estate demands and an increase in illegal toddy manufacturers.

This coconut liqueur has, until now, enjoyed a limited international release, except in the Maldives, which has a significant Sri Lankan expatriate population. “It just has to be marketed in the true sense of the word, as we feel like it would appeal to consumers around the world,” he says.

Part of their medium-to-long-term strategy for growth is the introduction of this new product to the export market. Along with his position at DCSL, Royle is also a director of other companies in the Stassen Group stable, including Melsta Corp, Lanka Milk Foods and Lanka Dairies.

He only recently retired from his position as Chair of DFCC Bank. As one of the earlier private sector recipients of the Chevening Scholarship, the UK government’s international award program, he was able to complete a Diploma in Banking and Finance from the London Metropolitan University.

Royle calls it an “experience that helped to broaden my horizons at a vital point in my career”. Royle is a firm believer that a leader’s job is to make themselves redundant.

“Nobody’s indispensable and I’ve always told people that it’s important to make sure that somebody is well placed to succeed you,” he explains. And he appears to encapsulate his own maxim. “Quality and adherence to high standards are what set us apart from our competitors,” he explains.

“The customer is king. If they like what you do, they’ll come back. If you give them inferior quality, they won’t.” It’s this consistency in quality, he says, that serves as DCSL’s hallmark of distinction. 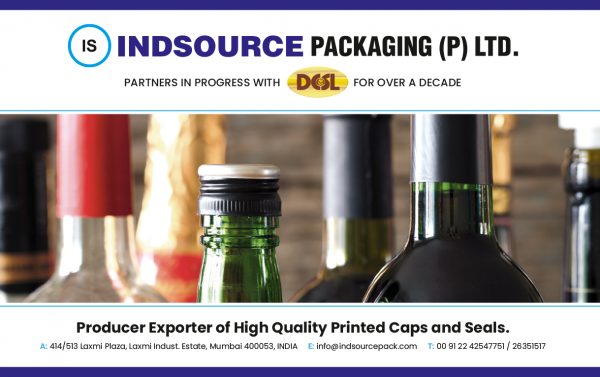