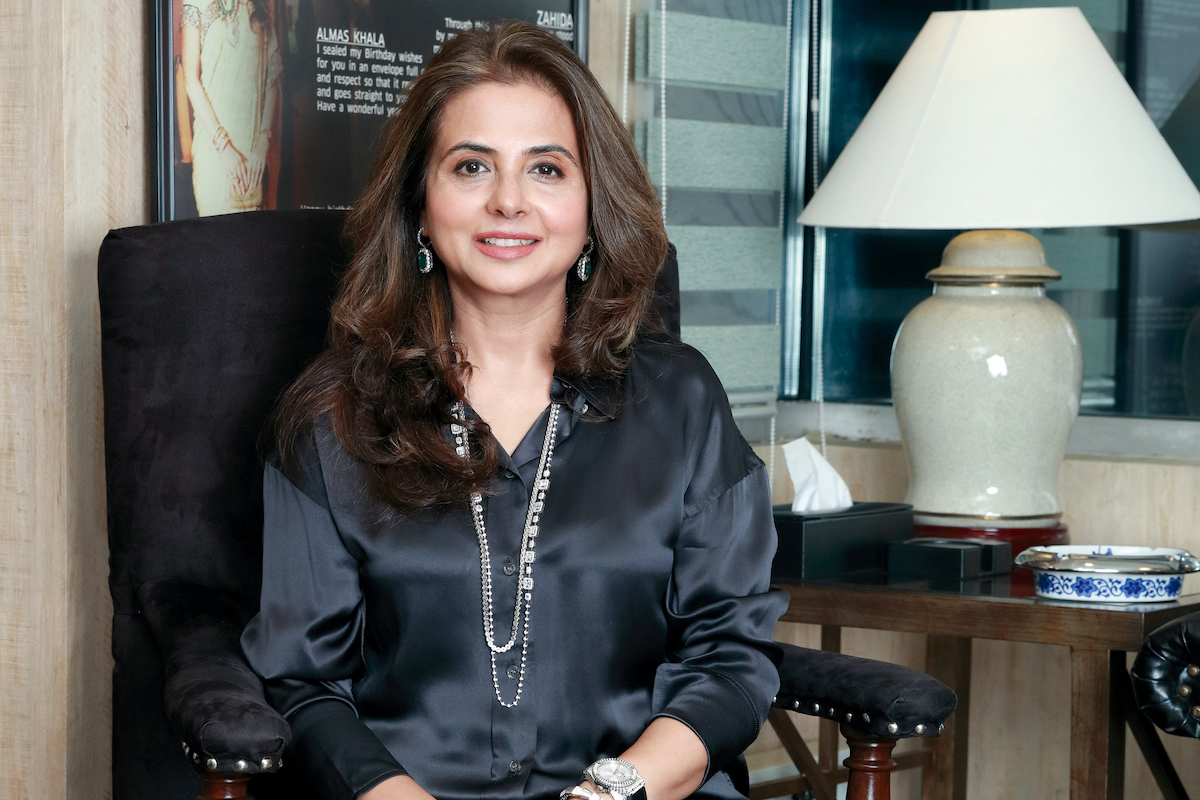 Back in 2013, an opportunity presented itself to Pakistani entrepreneur and businesswoman Sayeeda Leghari when her husband’s family business came up for sale. Sukkur Beverages, established in 1974, had been the sole bottler and supplier of PepsiCo soft drinks in the south-eastern Sindh region of Pakistan. “It wasn’t really going anywhere,” Sayeeda admits.

“So, after a year on the market lacking buyers, I said, ‘Maybe I’ll buy it.’” Despite the cynics, Sayeeda went with her gut feeling. She was used to adapting to different industries, starting out at 18 in water supply, then working on the stock market and in the clothing business. “Everyone thought it was a big deal. But I felt, ‘I can do this.’ I knew the drill from my professional experience,” she recalls, adding that she saw the potential. “The beverage business has many opportunities.”

That career diversity gave her the all-rounder knowledge she needed to be able to successfully run a larger company. “I had a balanced knowledge of all the departments I deal with now. So, a little finance, export and labour management, and civil engineering. That gave me the edge while the factory was being constructed. I wasn’t put off by it,” she says.

But due to the stagnant growth and outdated machinery and logistics at the plant, what Sayeeda had purchased was “a big black hole”, although that still didn’t turn her off. “During the process of buying it and getting the contracts and the EBAs from PepsiCo, I thought, ‘I will perform while I transform.’ And that has been the success of my work at SBL,” she shares.

“I set about changing the entire plant. We began blowing our own bottles and bought blow moulds and high-speed lines. There is absolutely nothing at the plant today that is not brand new. Every blow moulding machine, every wrapping and packing machine, every crate, every bottle. Today, we are a state-of-the-art plant and frequently win quality awards,” she says.

Sayeeda believes in community service and social services “as an integral part of the growth of our plant”. “That includes the families and the wellbeing of the community. I think, honestly, plants of our size should be investing in the community around us and doing social services near our plant. It’s just not the employees we need to pay attention to.”

By doing so, Sayeeda took the company from the doldrums to dizzying heights. Within four years, it had a lion’s share of the market. “There are seven bottlers in Pakistan making Pepsi. The market share, when I bought into the franchise, was 38 per cent. We took it to 72 per cent and now maintain it. So, we developed the market, not just the plant,” she explains.

“The franchise has the highest market share for PepsiCo in Pakistan, which means I compete strongly with Coke. And hopefully, I will remain competing successfully,” she shares. Yet she has done so, for the past five years, and all that from “the interior”.

“We are not one of the mainstream cities. So, developing a budding market is a job in itself,” she admits. Many potential buyers were put off by the location, Sayeeda says. The fact that her husband, Nadir, was a local minister in the country’s ruling political party helped her “take a leap”.

“It gave me the security I needed to run a business in the interior, and was a big bonus. Yes, it all fell into place, but it was a great deal of hard work.” Not only hard work but force. “Passion is a word that seems to follow me. PepsiCo frequently refers to me and my company as passionate,” Sayeeda reveals.

Team building in the interior

Sayeeda concedes that being in a remote location is also a staffing challenge in terms of building and retaining staff, as well as keeping them motivated. “Any business needs a good team,” she points out. “That’s what I strived for in each department of the company. Leading a team is challenging, but a strong team is the backbone of any successful business.” 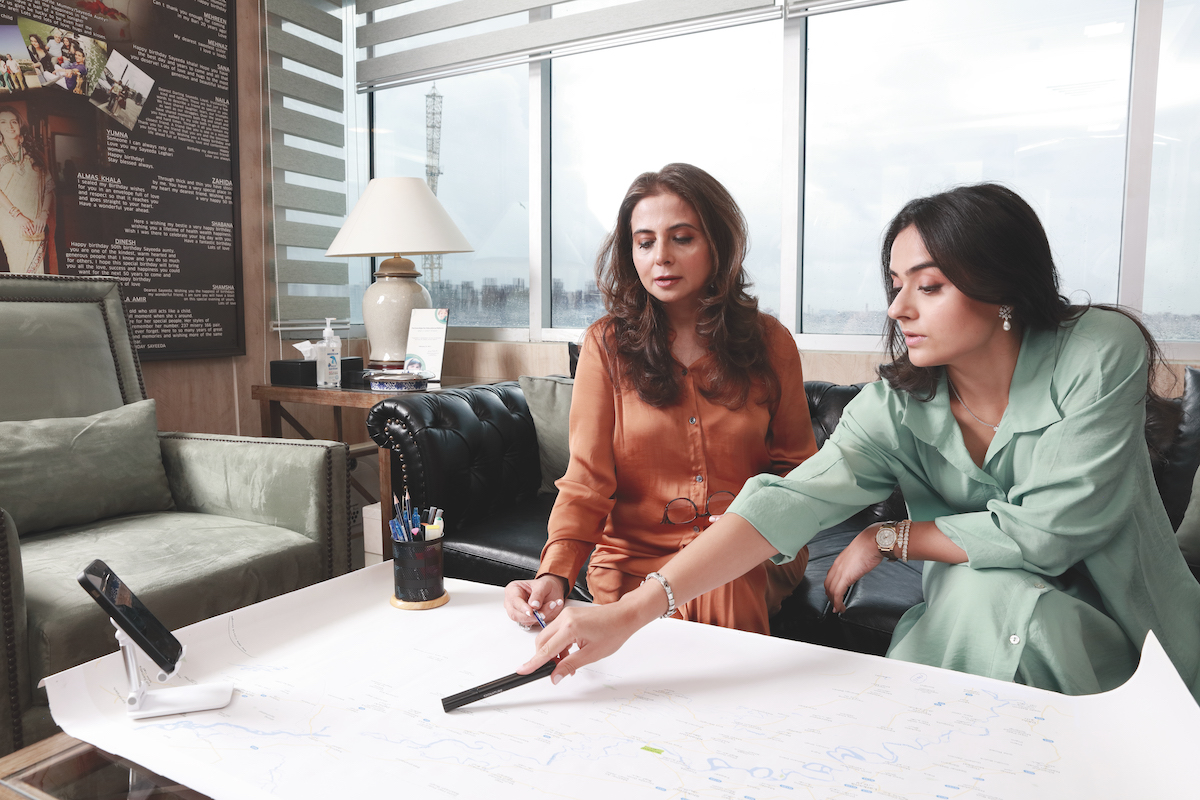 Sayeeda says PepsiCo International sets a “road map” for medium- to long-term growth, “and we develop on that”. “So, we find a good balance between how fast we move on development while being realistic about our capabilities,” she says. Through the pandemic, investments and development continued.

“I’m investing a great deal in the company. We are adding new machines, with more capacity, and have grown our market even through the lockdowns. We have added a door-to-door delivery service, and have developed smaller stores, which stay open 24/7.

“We have developed new methods of getting the product to our clients. So, we have not lost our market share; we have kept the business and plant intact even if profitability has gone down,” she shares. After an admittedly tough 18 months dealing with the COVID-19 pandemic, Sayeeda is “proud and happy” to have not laid off any of her 1,200 staff.

“We gave bonuses as usual and increments of 10 per cent plus,” she smiles, no doubt because business continued as usual as she worked around logistical and other challenges. “I did not allow work from home. Everyone was at the plant. The current capacity enhancement shows that business did well and there was growth,” she says.

Over the coming year, the only female bottler in the global drinks behemoth plans to tackle water and energy conservation and recycling; again, drawing on COVID-19 investments in a captive power plant – a localised electricity generation source. Sayeeda claims her leadership style makes a “myth” of the usual image of a multinational.

“Here, the employees are one big family, and that gives a softer edge to a multinational,” she points out. “I strive to provide my employees with a sense of security. My priority is to take care of our labour because I consider them to be one of my major assets.”

Sayeeda puts her success running the company through the pandemic down to solid business relations with about a dozen key suppliers of sugar, CO2 , PreFoam detergent, polythene, crown bottle caps and labels for the bottles. “They gave us priority, so that, in itself, shows my company’s values,” she says. “I do not believe in credit; I believe in being a good paymaster. If you pay your suppliers on time and offer consistency in business, your supplier relationship will hold strong,” Sayeeda continues. 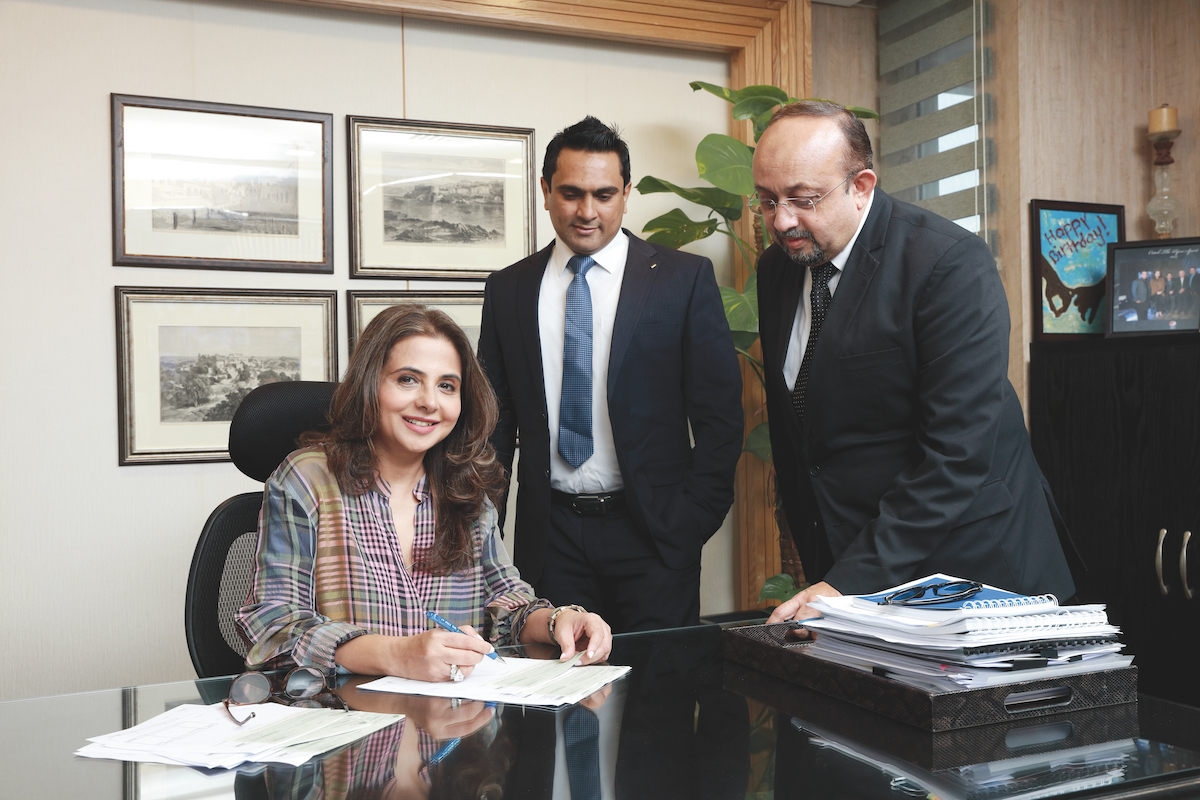 “The pandemic was the litmus test in our association. All the supplies we needed to run the plant were received on time, and we were able to make the product without any hitches. “And again, we are not in a major city. So, for us to get a timely supply into the interior of the country, at least 700 kilometres from the nearest hub, is a huge achievement and speaks volumes of those relationships,” she reveals.

Sayeeda clearly has many strings to her bow. On top of being a leader in the Pakistani beverage bottling industry, in 2018, her first book, Pakistan Heritage Cuisine: A Food Story, scooped up the ‘Best Asian Cookbook in the World’ prize at the Gourmand World Cookbook Awards; further proof of her passion for the food and beverage industry, and pride in local traditions.