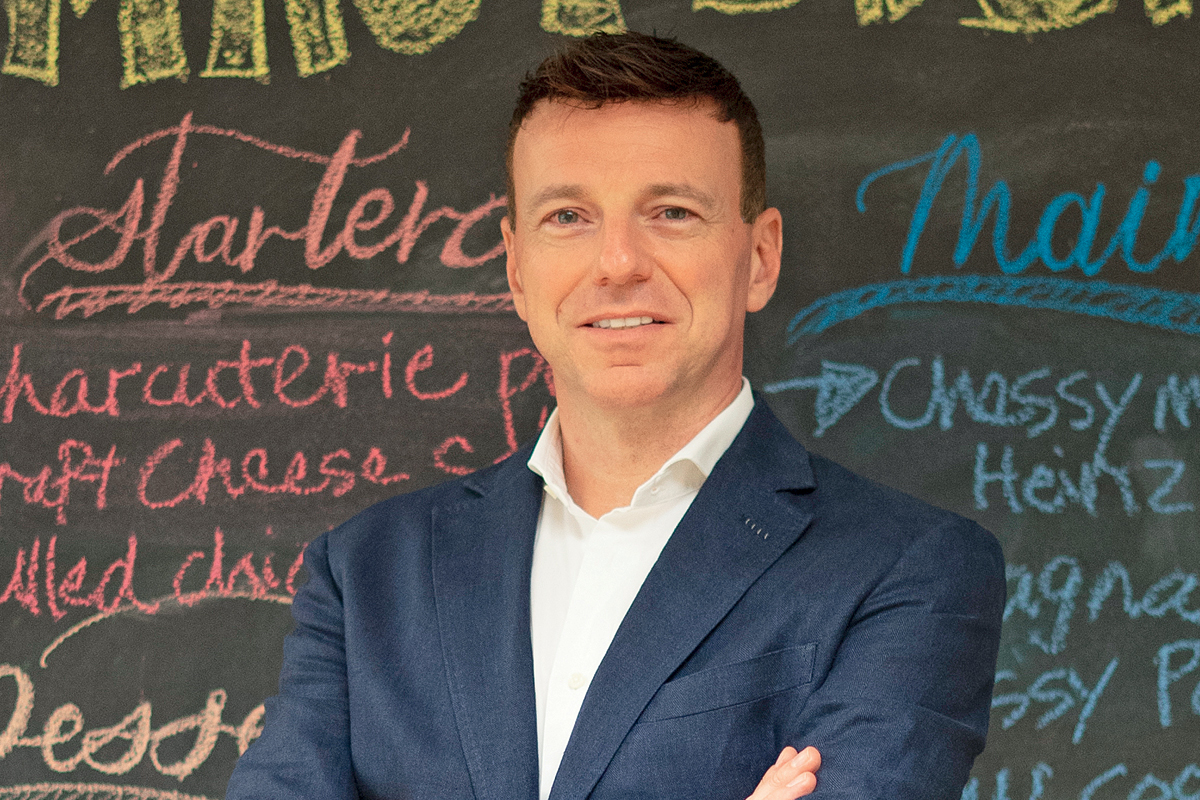 After finishing a master’s degree in engineering followed by an MBA, Steven Debrabandere made the conscious decision to go into the fast-moving consumer goods industry.

“My career started in 2000 with Procter & Gamble in Brussels on the management trainee program, where I worked my way up through the company’s sales and marketing department over nine years, before ending up in a sales leadership role within the Benelux Management team,” he says.

“After this, I moved into a global role located in Geneva, working on market strategies for the fine fragrances businesses of Dolce & Gabbana, Gucci and Hugo Boss.

“I then left P&G and continued my career with RB [Reckitt Benckiser], moving to Russia as Sales Director. After three years, I moved further east and became Managing Director (within RB) for Indonesia, which is how I became known to Kraft Heinz. I was excited when they offered me the Managing Director role as it gave me the opportunity to lead the Indonesian arm of one of the biggest food companies in the world.”

From Belgium to Switzerland to Russia and now Indonesia, Steven’s career path has not only given him the opportunity to travel but also the experience of learning to work with different cultures.

This is something he is incredibly grateful for, and a skill that has put him in good stead for this relatively new role. In the 16 months that Steven has been with Kraft Heinz, he’s been focused on three main goals.

“When I came on board, I saw that there was an opportunity to work together in teams rather than in silos,” he says. “For example, instead of having everyone in the business who works on, say, chilli scattered across different parts of the building, they now actively sit together. They are still able to work separately but can now more easily collaborate.”

The second area for Steven has been in growth and innovation. “A big business challenge we’ve faced in the previous four to five years is around innovation. A lack of success in this area has meant that there hasn’t been sufficient core growth. There hadn’t been enough innovation around our core categories, like chilli sauce, soy sauce, sardines and cordials, and our success rate wasn’t high, which has meant that we couldn’t grow as fast as we would have liked. So this is one of the most important areas for us – working out how to grow the core of the company through successful innovations.” Third, Steven and his team have been actively exploring new channels, particularly in ecommerce. “I think that with the changing channels and the ever-changing environment, you always need to be where the shopper is,” he says.

In order to bring these goals to fruition, Steven believes he needs to set the right vision for the organisation, which he did with his team as soon as he came on board.

“One of the first things I did was take my management team on a two-day offsite to really evaluate the business. We asked ourselves, ‘What are its strengths, opportunities and weaknesses, and what do we need to do better?’” he says.

“It helped us to create a new vision for Kraft Heinz in Indonesia, which is to ‘proudly create delicious food available for every Indonesian family’.” The plan now is to take that mission statement and turn it into a reality. His first challenge is to delve a little deeper into the business’s high turnover rate.

“We need to invest in our people and a key priority for 2020 is to do just that. We want to create an organisation that is fully motivated, engaged and energised so that our people can get out there and put our plans in place,” Steven says.

“You can have the best strategy on paper but if your people don’t believe in it and it doesn’t fill them with energy then it will never be realised.”

The future for Kraft Heinz Indonesia looks set to be focused around driving the business forward through innovation, growth and the retention of its people.

“One of my leadership principles is to set stretch targets, call them out and pursue them, which is what I’m doing right now with the business,” Steven says.

A big business challenge we’ve faced in the previous four to five years is around innovation.

“I believe you always need to reach a little bit further than what you think you can do. It encourages you to think outside of the box. Setting stretch goals gets everyone thinking about new ways of doing things.

“You can’t do any of this if you don’t have a great team. That’s the only way you’ll ever achieve your goals. Therefore, you need to attract the right people and invest in them. We decided to increase our training budget by 33% this year to further build the capabilities of our people. The business’s success and my success as a leader is all dependent on the people being successful.”

A people-led leadership style is something Steven believes in wholeheartedly, as is the importance of remaining authentic.

“The best piece of business advice I ever received was to stay true to who you are. Sometimes when starting a leadership role, you hear that you need to be tougher, harder, more aggressive, but I don’t agree,” he says.

“I don’t think there’s a one-size-fits-all approach to leading a team. My experience has been that if you stay authentic, firm but fair and clear with expectations, people will always have respect for you even if they disagree. And in business, as in life, that’s important.”