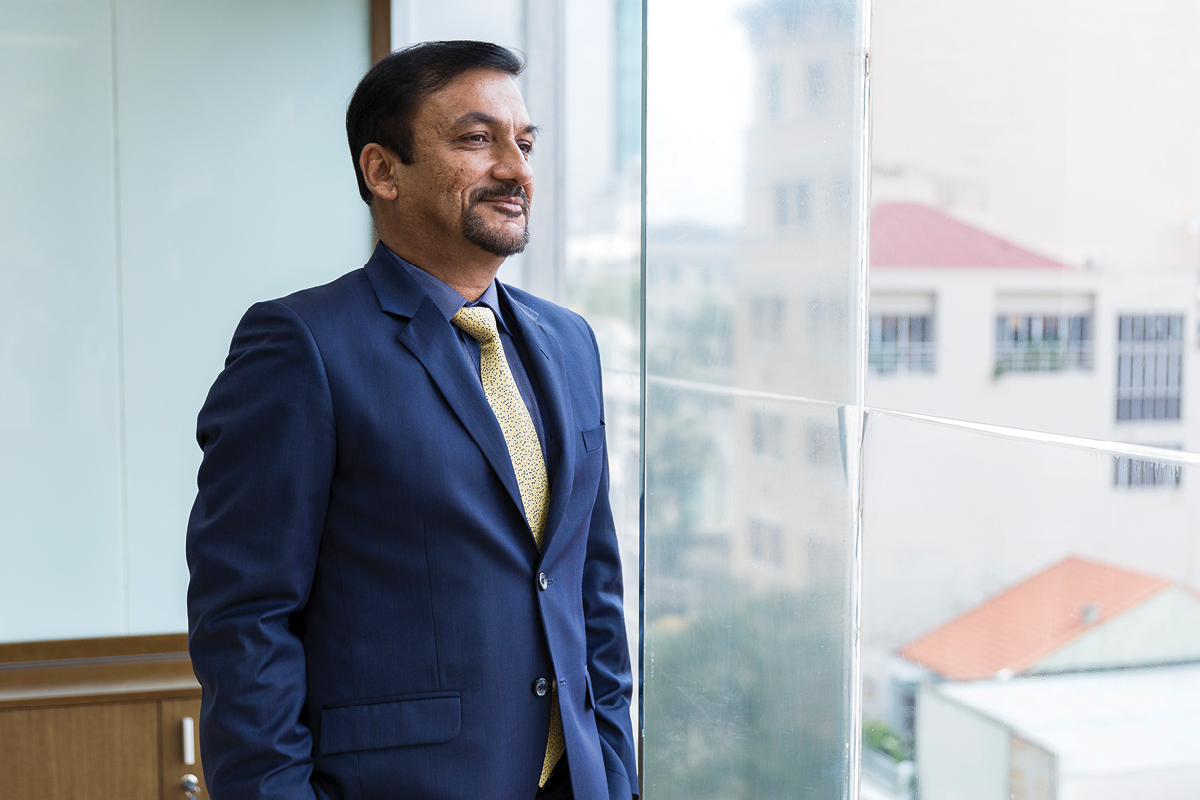 There are two essential elements to a healthy work–life balance, according to CEO of Suntory PepsiCo Vietnam Beverage (SPVB) Uday Shankar Sinha. One is to always get at least seven hours of sleep, no matter what. The second is that every leader should afford themselves some ‘me time’. For Uday, this me time consists of two hours at the gym, 5:30am to 7:30am, which leaves him feeling energised all day. And of course, he regularly spends time with his family and friends.

“I do not have any issue with work–life balance,” says Uday. “I am comfortable doing office work in my personal time, and taking care of my personal life during work hours. My duty is to create an impact and deliver results in and out of the organisation, and this model of work–life balance works well for me.”

This healthy balance is very much a necessity for Uday, given the scale of the operation he is running. SPVB is Vietnam’s largest and longest-operating foreign-invested beverage company, going back to the lifting of the US embargo in 1994. Its present form, as a joint venture between Japanese beverage manufacturer Suntory and soft drink giant PepsiCo, started in 2013. Uday joined two years later, with a wealth of international leadership experience behind him.

“I’ve worked in seven different locations and travelled to 25 countries in the past 24 years of my career,” he says. “The challenge has always been to assimilate into different cultures. Obviously, it isn’t always easy because I’m from an Indian culture, so working in Bangkok and assimilating into the Thai and Northeast Asian cultures there was a challenge, but I overcame it.”

Though he was an engineer by training, Uday quickly left the profession after deciding it was too narrow a field. He returned to school for two years to take an MBA, and shortly afterwards took on a role as a management trainee. That first step into business leadership was with a paint company, at which he spent seven years before moving into the food and beverage industry.

It was quite the career change but, for Uday, this sort of experimentation is necessary if one hopes to evolve as a leader. He poses a rhetorical question: “If you’re doing well in the company’s comfort zone, why should you leave? I took a leap of faith because the idea was to see the international market and not work in India forever. The industry is now a global stage.”

“A lot of it is destiny, but a lot is also your willingness to take the challenge of the unknown.”

Between 2001 and 2015, Uday took on a plethora of international roles within Pepsi, starting in Thailand, before heading to Taiwan, back to India, and then Dubai. In this last position, Managing Director of the AMEA region, he oversaw the Lipton Ice Tea brand across 25 countries.

Taking on the CEO role at SPVB was therefore the next step for his career. “Here, I have the next-level experience of running a large organisation that was already doing well,” he says. “The job now is to take it further. Those particular experiences are the ones you should focus on to build a successful career. People ask, ‘How did you become the CEO of a large organisation so early in life?’ My answer is that a lot of it is destiny, but a lot is also your willingness to take the challenge of the unknown.”

Uday’s journey hasn’t necessarily followed the conventional path for business leaders. Where one might expect an executive to move through the ranks of a single company over time, Uday has embraced the opportunities to move from industry to industry, place to place. He does admit the travel has been difficult (though he’s had the unfailing support of his family), but it’s Uday’s belief that what he calls the “spider web model” is an essential step in the path he took to become a CEO, and has offered exciting new stages in his career. 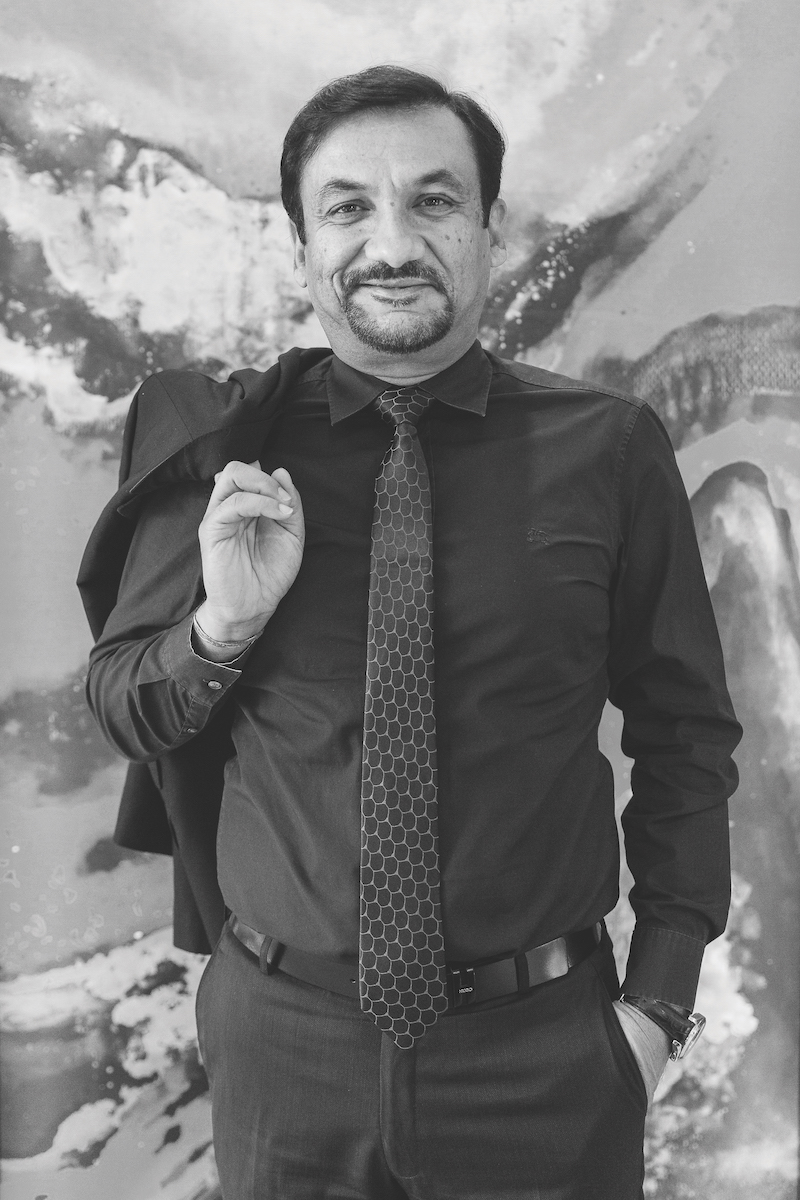 “Over the years, we have consistently seen SPVB’s commitment to bringing unparalleled product quality to the Vietnam market, while always putting social responsibility at the fore. The SPVB team show their partners respect, professionalism and trust, which was a key driver for us.” – Nhung Nguyen, Managing Director, Galaxy Communications

“Being the CEO of a large organisation, with close to US$1 billion of consumer sales, is a challenge in itself,” says Uday. “We have about 3,000 direct employees, thousands of indirect employees and five factories with manufacturing lines. It’s a challenge to run such a large, complex business because while we’re doing the right thing every day, anything we may do wrong, even the smallest thing, gets magnified.”

But the size and structure of the company also provides considerable benefits. Being a joint venture between two enormously successful manufacturers, SPVB has the luxury of a well-established reputation. Meanwhile, its centres of excellence are used to provide training and upskilling, not just for the benefit of SPVB itself, but also of the Vietnamese workforce as a whole. And of course, the company enjoys substantial R&D support from both its owners and its suppliers.

Indeed, Uday has enormous gratitude for SPVB’s partners and suppliers. “Since the day this joint venture started, in January 2013, we have had a network of suppliers who work tirelessly to face the ups and downs with us,” he says. “But the relationship goes back even further, to 24 years ago, when PepsiCo first started its operations in Vietnam. Without their contribution, I will admit, SPVB would not be where it is today.”

After all, the production of even a single can of Pepsi requires a vast network of companies, each of which supplies necessary goods and services to SPVB. Crown Holdings, for example, provides body cans and bottle crowns, while Sri Thai supplies the PET that forms most of SPVB’s bottles. But it’s not only production that requires partners; SPVB also relies on the services of companies like BBDO, JWT and Mindshare for PR and marketing purposes.

All these partners receive nothing but fair treatment in dealing with SPVB; Uday subscribes to a philosophy of “what you give is what you get”, so the equality of relationships characterises his leadership style. This is why he ensures that the mutual respect and love he receives from his team is earned by virtue of his deeds and not simply his position. For Uday, this is the kind of behaviour that defines good leadership.

“A good leader is defined by their ability to motivate and give direction to their team.”

“I lead by what I call the HAIL model: honesty, authenticity, integrity and love,” he explains. “A leader should demonstrate to his people that his approach to running the business and managing people is honest and transparent. Leadership also needs to be authentic. You should be true to your style, your character. In the long run, people appreciate authenticity more than an artificial approach to running an organisation. 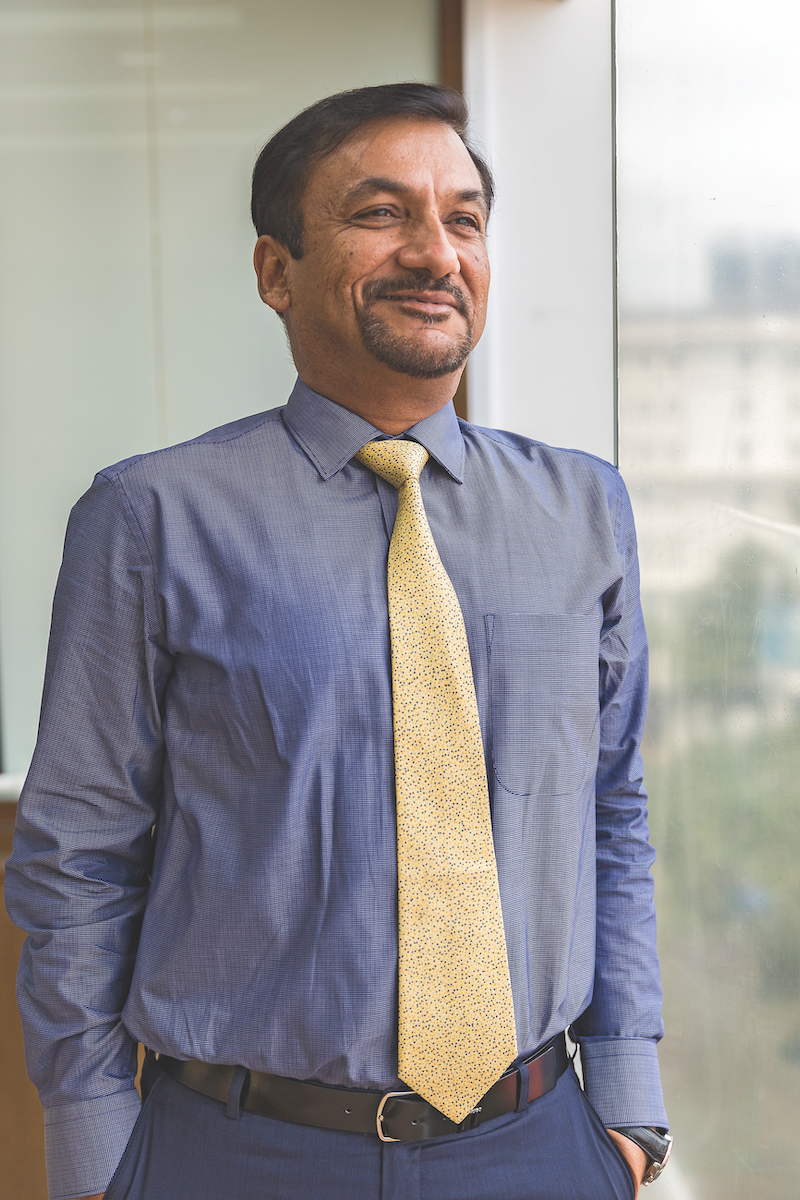 “The third element is integrity. I have no tolerance for anything less than 100%. A good leader is defined by integrity. Finally, love. Love is necessary for your style, and the way you manage people and make those tough calls. People have to feel the love a leader has for the team. That is what binds the team together, and to the leader.”

Uday also believes in affording his team some autonomy. The most important message to communicate, he says, is the ‘why’ rather than the ‘what’. By this, Uday means the motivation behind the company’s corporate strategy; once this is conveyed to the team, the little details of how they pursue this strategy can be safely left to them. Uday believes that most leaders gloss over the ‘why’, but he also thinks people are smart enough to work effectively, once they feel a sense of purpose.

“A good leader is defined by their ability to motivate and give direction to their team,” he says. “Most importantly, cut the bureaucracy, focus on speed to market and treat people the way you want to be treated. Trust me, you will not go wrong if you follow this strategy.”

Ultimately, Uday hopes that SPVB becomes an employer of choice in Vietnam. He’s aiming for a future in which every graduate fresh out of university, wants a job at SPVB. His efforts to produce a team inspired by his own conscious leadership speak volumes for his ability to make this a reality.

This forms a part of Uday’s overarching ambition to craft an organisation that is future-ready; this will be his legacy. Before Uday moves on to a bigger role in Suntory after completing his current CEO role, he hopes SPVB will be at the forefront of business excellence in Vietnam. This is what motivates him to take chances, to grow and develop not just himself as a leader, but also the company he leads. “One of Suntory’s corporate values is Yatte Minahare, which means ‘Go for it’,” says Uday. “At a deeper level, this means failure is an option, but fear is not. I think that’s a great way to build vision and character in a company.” 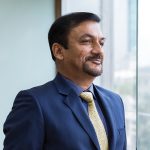