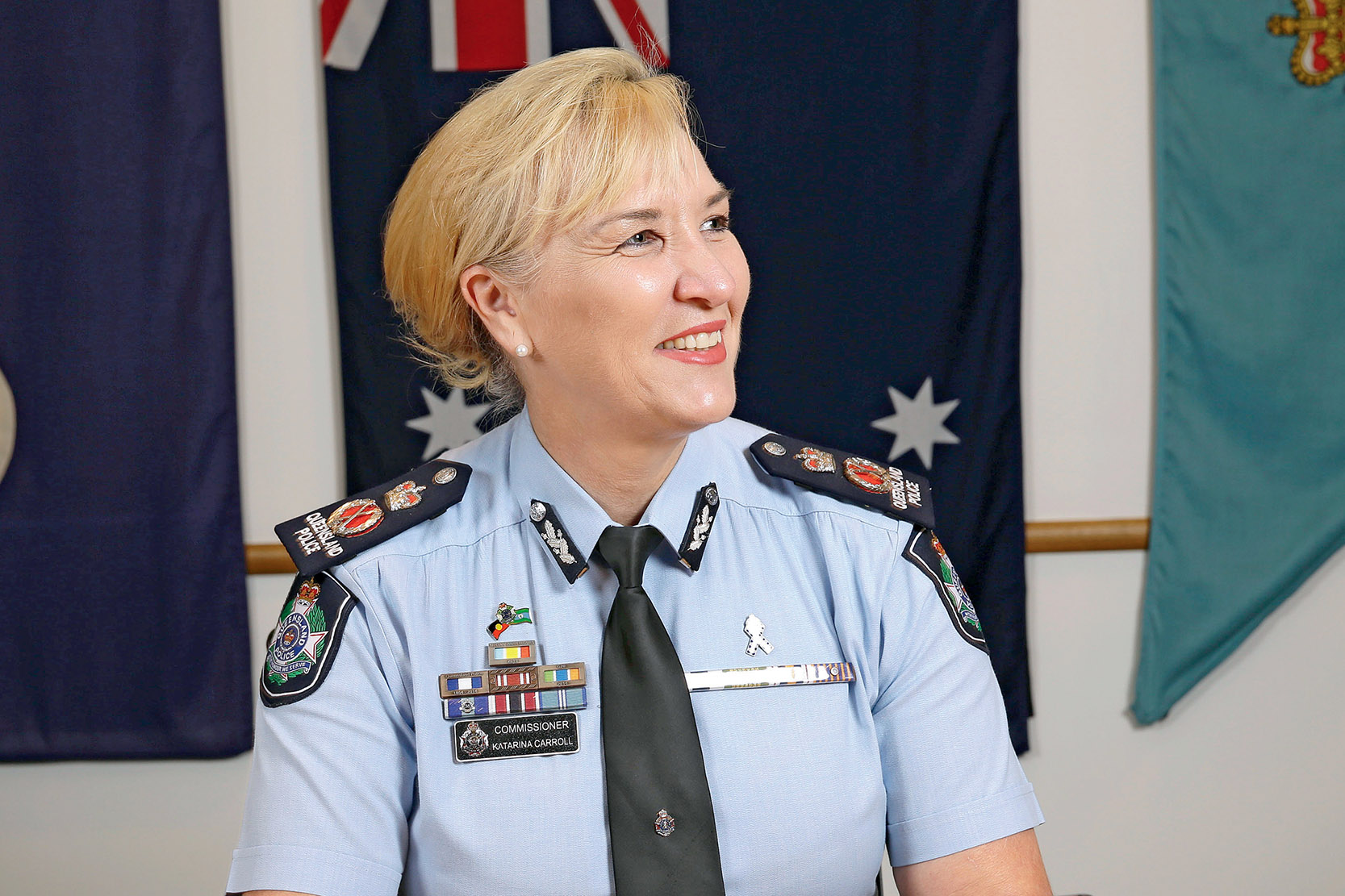 Katarina Carroll has notched up more firsts in her distinguished career than most people, although it was not something she actively sought. But now, as the first female Commissioner of the Queensland Police Service (QPS), she is setting a pace that she hopes other women will soon follow.

This role comes on the back of other career feats. For two years, Katarina played an integral role in planning the 2014 G20 Summit held in Brisbane, and following its success, she was offered the role of Commissioner at Queensland Fire and Emergency Services. She served in this role for over four years and was set the daunting task of cultivating a new culture as she folded four separate divisions into one.

“Being a woman in that role was not the big challenge,” suggests Katarina modestly. “The bigger challenge was that I was not from their background; I was a police officer. And, in fact, that was one of the comments I got: ‘We don’t mind that you’re a woman, but you’re a police officer.’ And, do you know, I completely understood that. I was very mindful of that because I had to see things from their point of view. I was the only woman to be the Fire and Emergency Services Commissioner, and when I sat on national committees, I realised – and so did they – how healthy it is to have that different perspective, not only as a senior woman, but because I came from outside that environment.”

This was a lesson well learned and was pivotal in her approach to her current role as QPS Commissioner in 2019, looking within the agency with fresh eyes for changes that would improve operations for its 4,000 staff and 12,000 police officers.

Katarina was always going to join the police service. Her childhood best friends had fathers who were police officers in small country towns, and she was impressed by their close interactions with their small communities.

“I admired how important their role was and the respect in which they were held by the community,” she recalls. “I think we’ve all joined with that passion of serving the community and trying to make a difference. And the higher up I am in this organisation, the greater the ability I have to influence and make positive changes to make the community even safer.” 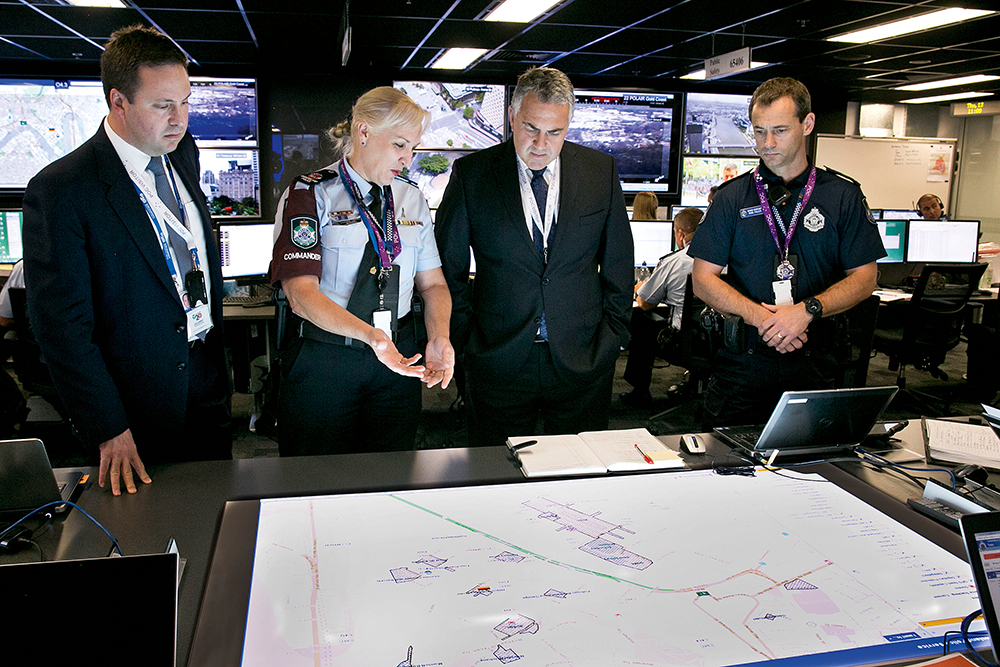 I’m glad to say that even at senior executive level, we now have 30 per cent women.

Katarina is delighted that the number of women joining the service continues to climb and is cognisant of the example she sets for them. Programs such as WomenLEAD and Women’s Network have been introduced to assist women to reach their potential. Katarina points to the power of making it known that there is a level playing field and that the agency supports women rising to leadership positions.

“I’m glad to say that even at senior executive level, we now have 30 per cent women,” she says. “So through sheer visibility, having senior women in these roles encourages others to join. But we also have good mentoring programs and recruitment, and I hope that those numbers will keep increasing.

“We’re also embarking on a new recruitment strategy to encourage not only women but diverse groups – First Nations and multicultural recruits are part of our strategy to reflect the people we serve. That’s incredibly important for policing, because it’s such an important relationship with the community. The more you can reflect it, the better the trust and legitimacy from the community you serve.”

Just months after Katarina began as Commissioner in 2019, the COVID-19 pandemic struck and tested the coordination of police with the state’s health and emergency services. Queensland fared better than most Australian states in its fight against the virus.

“My team and I had been heavily involved in the Commonwealth Games and the G20 Summit, so we have very strong relationships and networks within the state,” she explains. “We worked closely with the Department of Health in infection control while the police handled security. From the beginning, we were mindful about our outward messaging and the strategy we chose.”

QPS used a motto of ‘Compassion, Communication and Compliance’ throughout 2020 as a guide for all police officers as they confronted the sometimes challenging tasks that they were assigned during the pandemic. The community response was overwhelmingly positive, and ensured that Queensland navigated the worst periods of the pandemic with minimal disruption.

With the state’s huge geographic reach, reliable communications between police members and their communities is critically important. It’s a challenge establishing fail-safe networks to achieve it.

Telstra and its major subcontractor, Motorola Solutions, are responsible for managing police radio communications, the police network, infrastructure and all radio equipment used by the QPS, including radios in police vehicles, service-wide network repairs and general maintenance of the Government Wireless Network.

Motorola Solutions has a clear understanding of the service’s evolving operational needs, including identifying dangerous situations sooner, responding more quickly to resolve them and gathering evidence to ensure that criminal justice outcomes are achieved. Tools and technologies to enable instant and reliable voice, video and data communications between control rooms and the field in a large and widely dispersed state like Queensland are essential.

Queensland’s frontline emergency professionals are fortunate to have behind them a major resource that caters to their financial wellbeing. QBank, serving members of the police, fire, emergency, public, health and ambulance sectors since 1964, provides financial services and support to its members, and contributes a very strong focus to those agencies working on the front line. QBank has grown in size and influence from its early days as the Queensland Police Credit Union and contributes to members’ interests and charitable organisations. According to Katarina, QBank has helped to build an extraordinary partnership over an extended period of time with the service, its members and notable charities, for the benefit of the community at large. 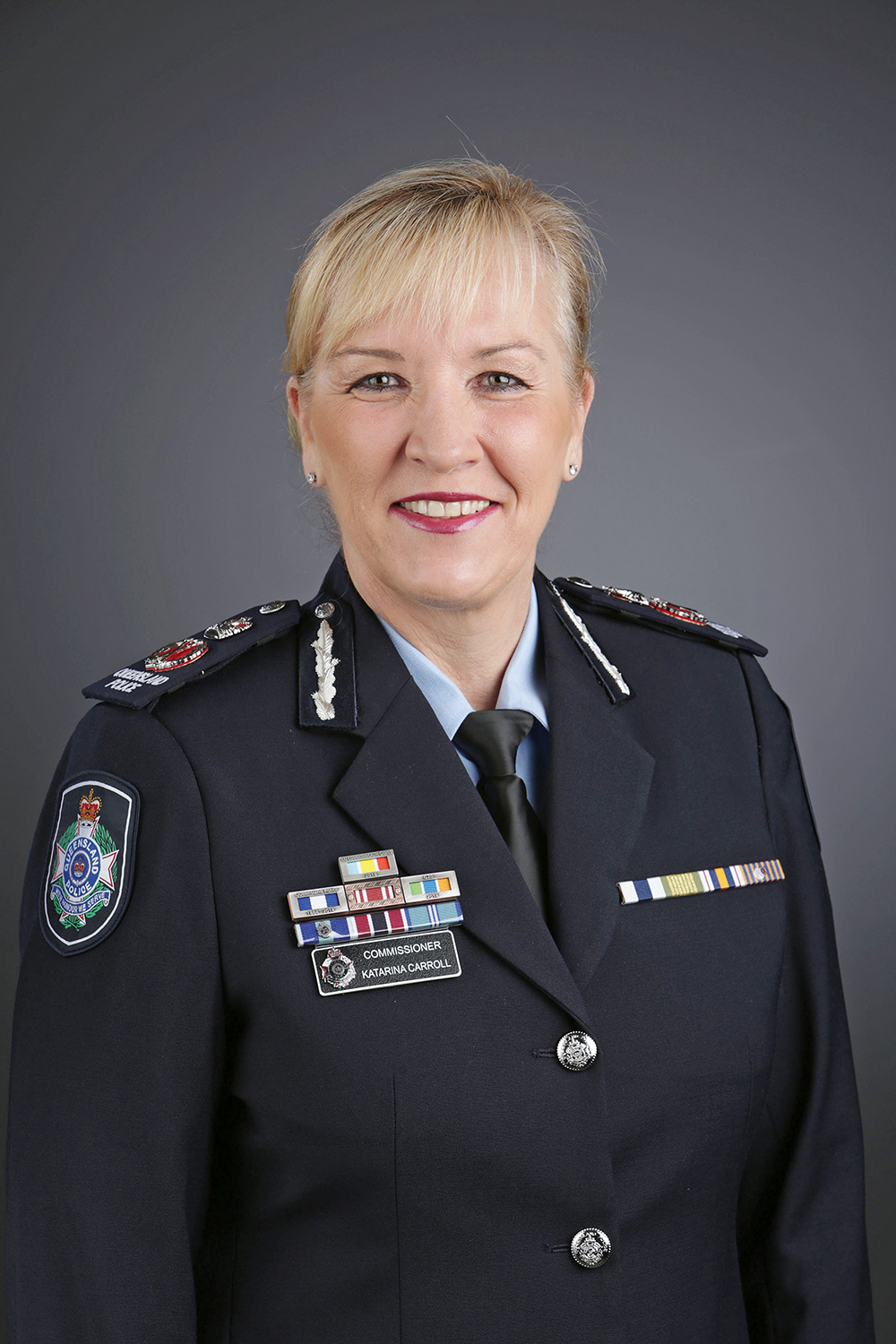 I joined the police to look after the community, so being frank and open in speaking to people is critical.

Heading a hierarchical organisation like a police service requires unflinching authority and confidence in your own leadership skills. While Katarina certainly has appropriate degrees of both, she is reluctant to rule by diktat, preferring to direct based on a model of consensus and compassion.

“I think I’m a very authentic and people-focused person, and always have been,” she says. “My staff say I’m very approachable, and I’m genuinely compassionate. I was on the front line. I have my own family and like all our people, I’ve been in tough circumstances. I joined the police to look after the community, so being frank and open in speaking to people is critical.”

QPS culture is a focus for Katarina and, in less than two years, the results are plain to see. She has instilled a new sense of ownership in their service for police officers and in their daily duties.

“The organisation sets the values,” she insists. “This gives you real ownership by the people, which assists in changing a culture – it is integrity, professionalism, community, respect and fairness. They are important to me, just as they are to the rest of the organisation; they drive the culture – we hold each other to account; they are spoken about; they are in our strategic plan. I think you have to live and breathe those values as a part of everything you do every day, and with strong leadership at all levels, drive the culture of the organisation.”

As Katarina watches young women making their mark in the service, she has a word of advice. “Once I missed out on a good opportunity. I spoke about it to the Assistant Commissioner and in nice words, he said, ‘Don’t complain about it, do something about it’,” she shares. “The best advice I can give is always look for opportunities, and take the ones you’re given, because you will find that if you perform well, those opportunities will just multiply and multiply.” 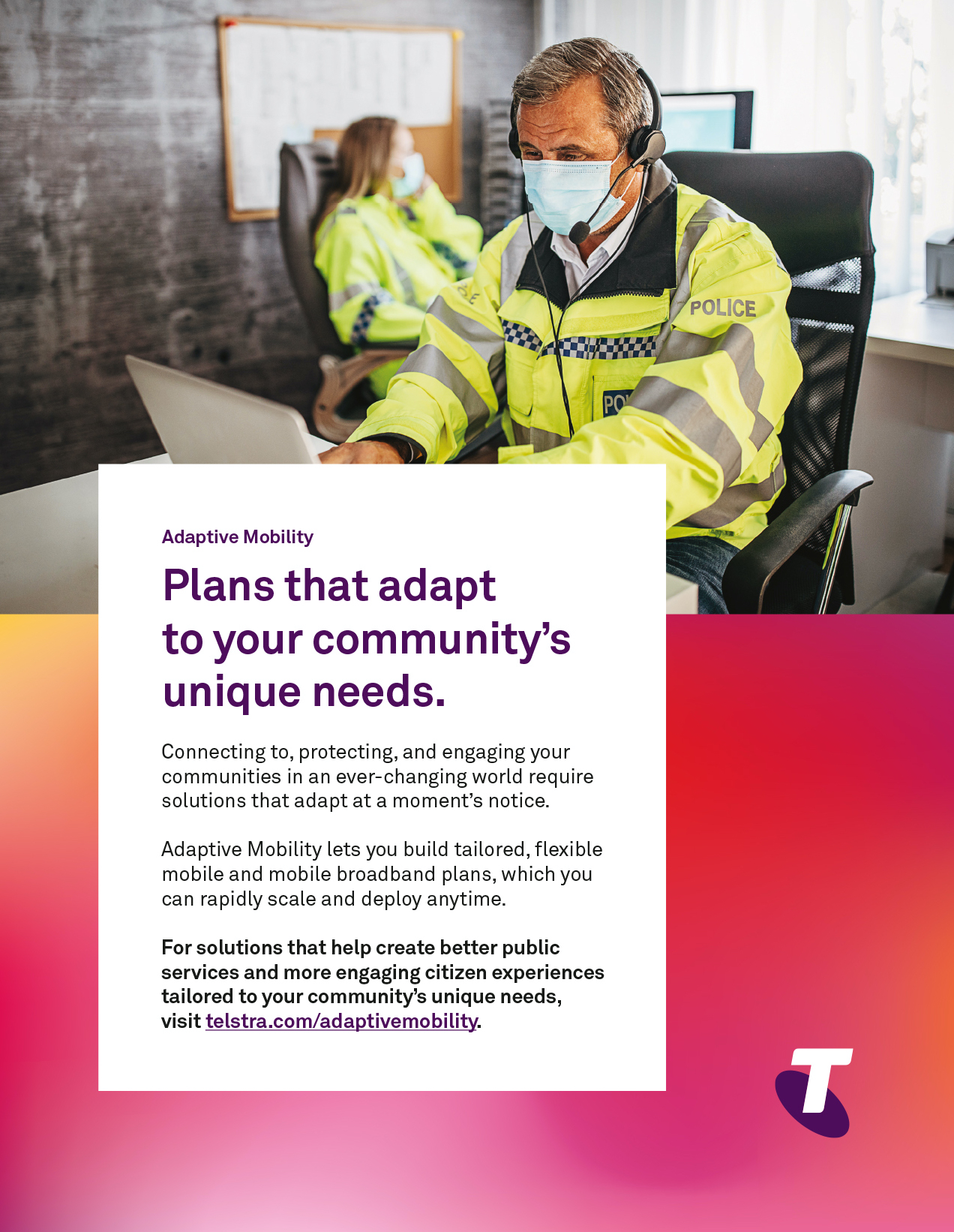