“The Filipino Brand Of Excellence Is World-Class”: Charito Plaza 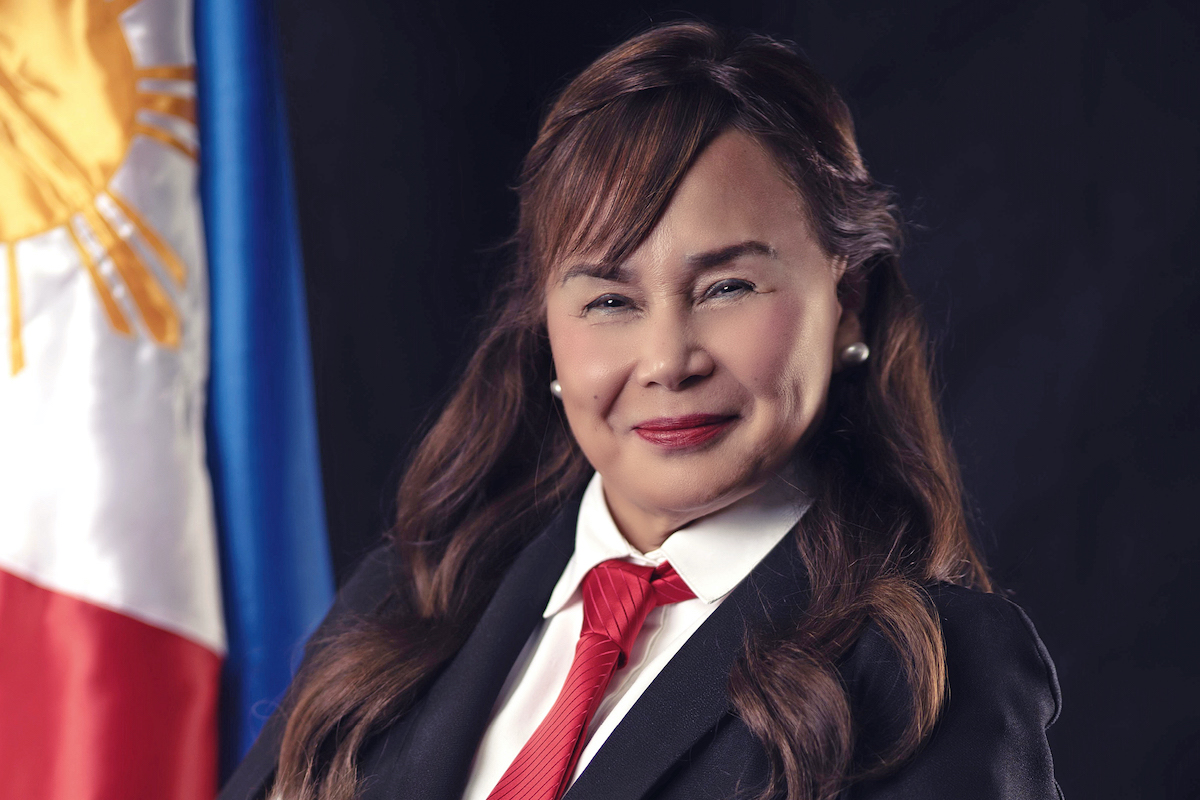 Recent studies have placed the Philippines in the top 10 best countries to invest in post-COVID, describing the country as the tech hub of Asia. As the government agency mandated to promote investment, create employment and generate exports, it’s the Philippine Economic Zone Authority, known more commonly as PEZA, that is behind much of this growth.

The agency was founded in 1995 to provide assistance to locator companies in areas such as building and import and export permits, visas, certifications and relevant government exemptions.

“Additionally, PEZA has foreign investor-friendly policies which guarantee the basic rights of investors, such as the right to remit profits, the right to pay foreign obligations, the right to repatriate investments and 100% foreign ownership of companies,” explains Director General Charito B Plaza.

“The agency is acclaimed as both a nonstop and one-stop shop that offers world-class assistance to make doing business in the country easy.”

Charito, who was appointed by President Rodrigo Roa Duterte as the head of PEZA in September 2016, is one of the country’s leading female political figures and a dedicated public servant. Hers is a celebrated career that first started in 1986 when she entered the Philippine House of Representatives as the youngest congresswoman in history.

After 12 years in Congress – and having co-authored the Republic Act 7916, also known as the Special Economic Zone Act of 1995, which enabled the creation of PEZA – she served as a consultant to the Department of the Interior and Local Government, as well as the Philippine National Police, the Armed Forces of the Philippines and the Department of Transportation.

She is also a Commissioned Officer in the Armed Forces of the Philippines (AFP) Reserve Command, holding the rank Brigadier General. She was both the youngest commissioned lieutenant colonel and the youngest colonel in the AFP Reserve Force.

“As Director General of PEZA, I have initiated major reforms, particularly in revolutionising the agency to meet the dynamic demands of the business environment and to support President Duterte’s economic agenda,” she says.

Since starting her term, Charito’s main goal has been to establish more economic zones in the Philippines, “thus turning idle lands into potential areas for development based on the natural resources and raw materials of every region and the country’s human capital,” she shares.

These economic zones, she continues, will be drivers for economic growth, a vehicle for developing rural areas through the creation of viable and environmentally friendly ecozones in the countryside.

“PEZA is also in active coordination with private sectors holding large areas of land to develop similar joint ventures,” she adds. By actively engaging various stakeholders including local government units, national government agencies and private and civil groups, the organisation is positioning the country as an investment hub in Asia.

It’s a crucial role, as the competition for investment and jobs is tough among neighbouring countries in ASEAN, as well as China. “The Philippines may be a pioneering country for freeports and export processing zones, however, we are not the only player in the game,” Charito points out.

“Other countries also offer a competitive investment environment. Although we are recognised for our brand excellence, and as a one-stop shop with no red tape, we must continue to raise the bar.” 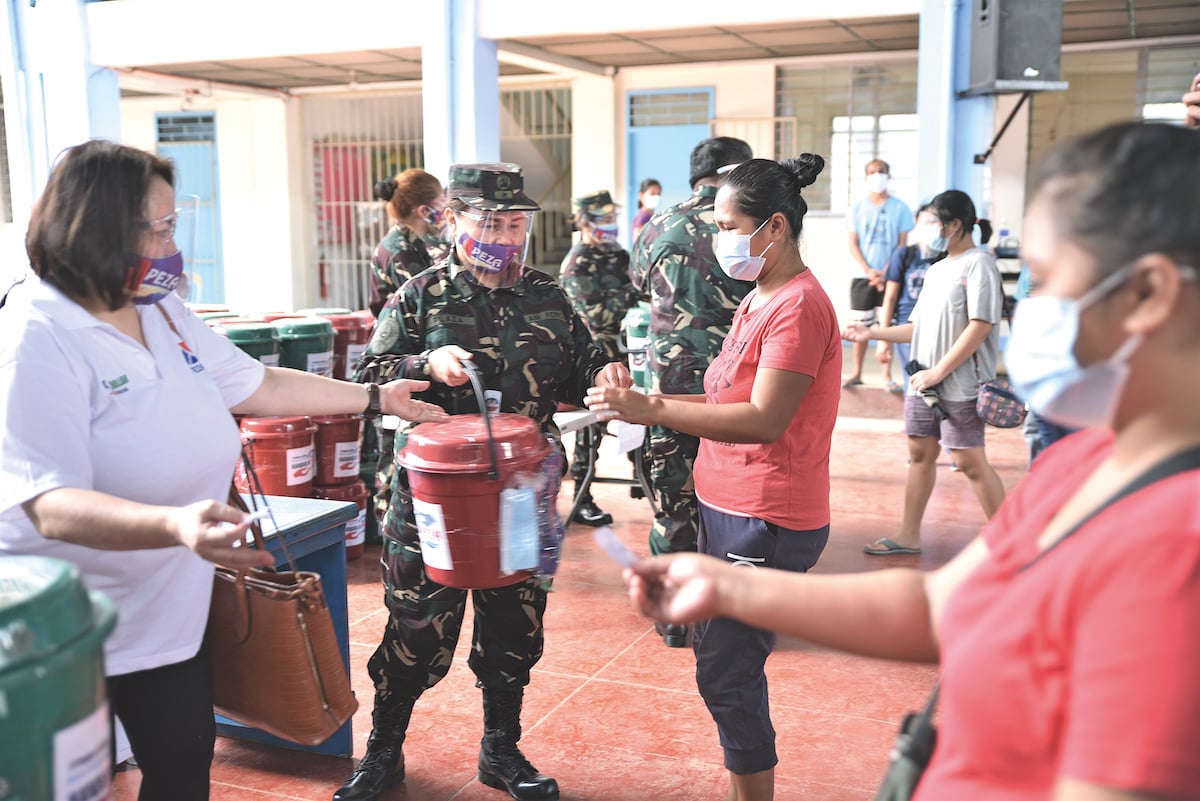 Even amid the volatile investment environment, much of which has been triggered by COVID-19, Charito believes the country is “a place full of opportunities for investors who engage in the global supply chain of importing and exporting goods and services”.

“The Philippines has various types of ecozones with the land potential and natural resources to be able to locate and attract different types of investors in the Philippines and in the world,” she suggests. IT hubs, island cities, renewable energy eco-industrial parks, even halal hubs, are some of the domains PEZA is active across.

Charito highlights some of the benefits of investing in the country. “The Philippines is on a strategic location with vast lands for various types of economic zones and activities,” she says. “We are also gifted with rich human resources, with a highly literate English-speaking Filipino workforce. We also guarantee the basic rights of our investors.”

In terms of incentives, she points out that investors registering with PEZA can avail four to seven years of income tax holiday for industries whose activities are classified as critical, based on the Strategic Investment Priorities Plan, in addition to a 5% special corporate income tax rate or enhanced deductions for 10 years.

Investors can also enjoy zero value-added tax on all local purchases directly related to their activities, as well as tax- and duty-free importation of capital equipment and raw materials. “PEZA also gives a special two-year visa for foreign investors and immediate family members.

Foreign companies may have local partners under the 60–40 ownership arrangement, which allows the partnership to buy land partnerships,” she adds.

The pandemic may have brought tremendous challenges, but it hasn’t stopped PEZA from continuing to promote investment, create employment and generate exports.

Along with internal measures that included financial aid for employees, it offered assistance and reprieves to registered enterprises as well as allowing locator companies to pivot their production lines towards the production of personal protective equipment for the domestic market.

Charito is proud of the way the agency has navigated the obstacles. “PEZA’s foreign companies in ecozones strived to continue operations in order to comply with the global supply and demand as well as keep jobs,” she explains. “Not only did they protect the jobs of millions of Filipino workers, but they also kept the Philippine economy afloat.”

As she looks towards the next 12–18 months, Charito reveals that her focus is now on investing in the digital infrastructure to allow PEZA to automate its processes. “This will offer an ease of doing business that will greatly improve office efficiency and productivity for the benefit of the locators and transacting public,” she says.

“In the new normal, PEZA transitioned to being more active in virtual investment promotions and dialogue with investors to be able to attract more investment into the country.”Then there’s her legacy project, the recently adopted PEZA Transformation Road Map with the world view of ‘Thinking Global, Acting Local’.

“As approved by the PEZA Board, the Road Map serves as a 25-year guideline for PEZA to unlock the potential of Philippine industries, of enhancing the human capital and natural resources of our country towards full, sustainable and green industrialisation,” Charito explains. She hopes that many of the goals will be accomplished before the May 2022 Presidential Election.

Charito is an example for many, but she believes that there’s no such thing as the perfect recipe when it comes to leadership. In a government role, however, she insists that there is no room for being passive.

“Leaders must proactively think out of the box, be people-centred, and promote the welfare of the people and stability of the economy,” she asserts. “Leaders make the impossible possible to enact positive change. We must think global and act local.

“A leader must be a visionary, dedicated and capable in serving one’s country and its citizens. Leaders must be creative, proactive and strong-willed, yet emphatic and passionate at the same time.”

Especially in a country so full of potential. “The Philippines has many endowments that attract foreign investments: from its people to its natural resources, its climate and democratic stability,” she says. “The Filipino brand of excellence is world-class, making the Philippines the best place in which to invest. 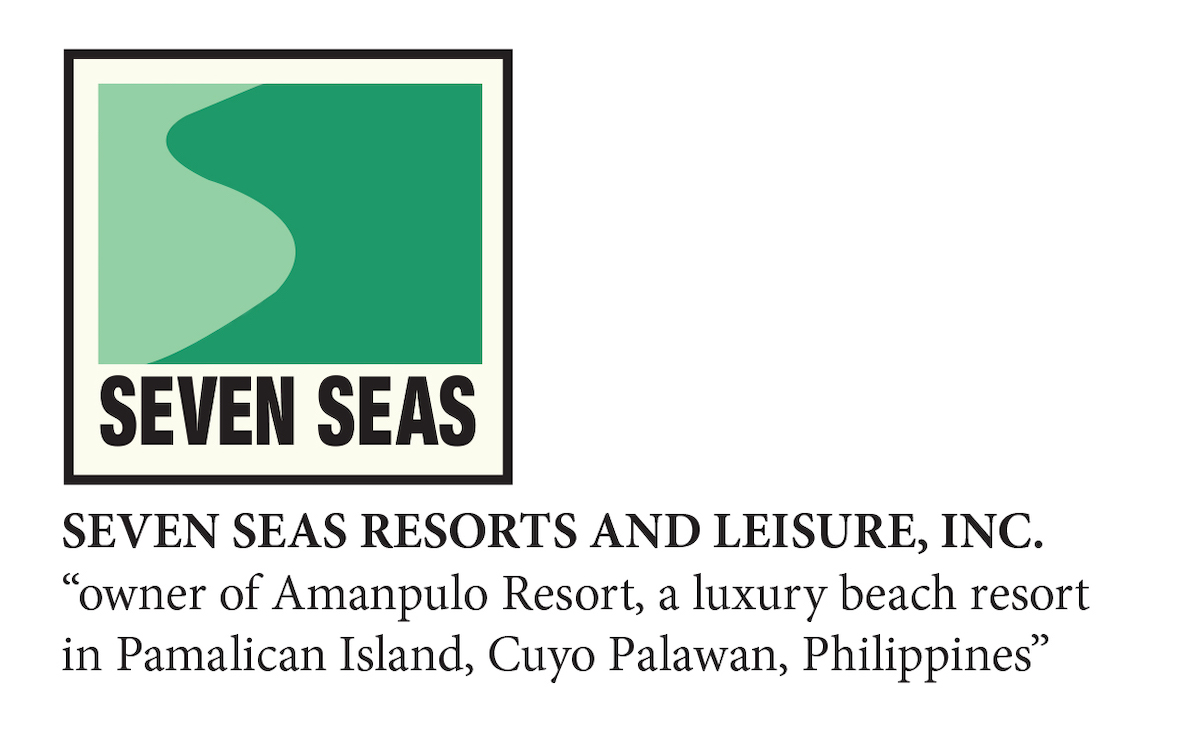