“We need to be honest and transparent”: Greg Chemello 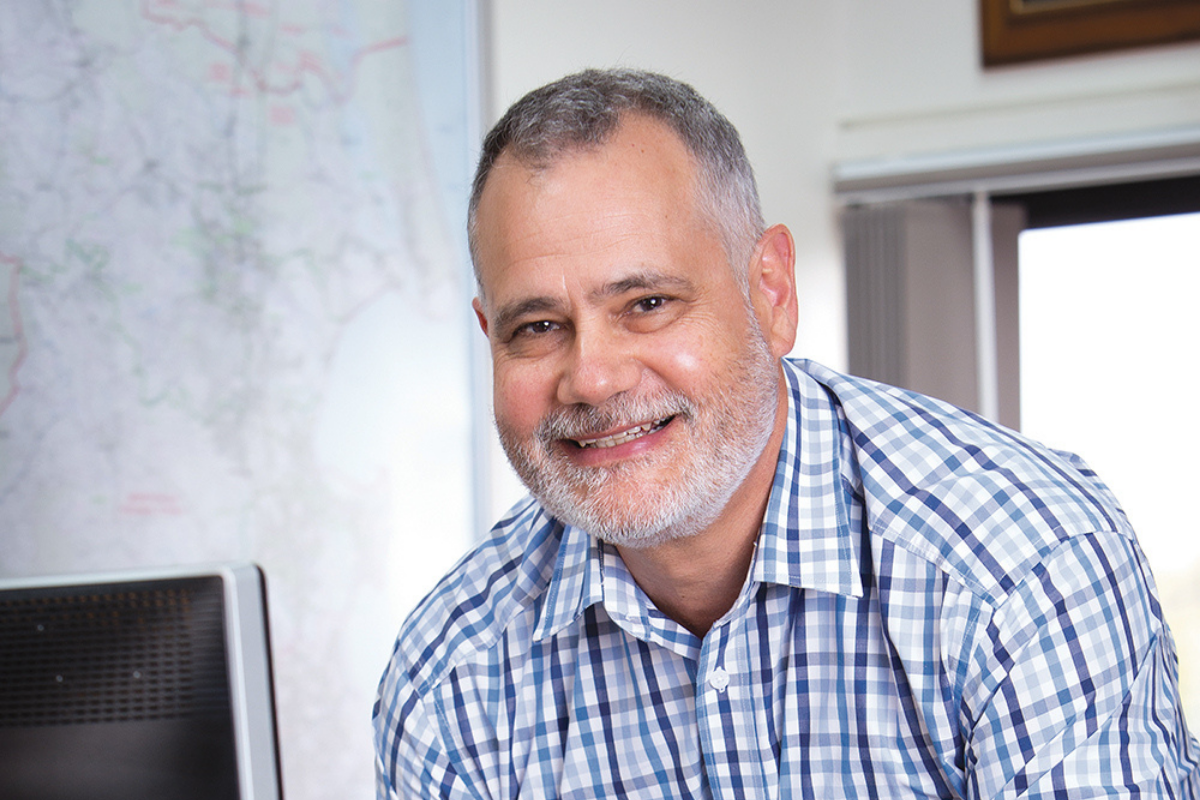 Greg Chemello finds value and joy in dealing with organisations undergoing change and reform. The fundamental principles are the same in such situations, he says, but when he came to the role of CEO of Moreton Bay Regional Council, he saw three major challenges, and clearly the council concluded that he would fit the bill.

These three challenges were planning and growth, governance reform and what Greg refers to as “being a nice leader”, and he quickly set to working on these when he started in January 2020. The first, growth, was especially crucial given that Moreton Bay is one of Australia’s fastest-growing local council areas, with its population close to half a million and growing by 10,000 a year.

“We’re getting a lot of folks who want to live up here for the lifestyle,” Greg explains. “And when you deal with a community that’s growing that rapidly, it causes schisms. Some folks love growth and see the opportunities of it; others are concerned or even scared by it. So it’s a challenging environment. In my view, this council had not handled it particularly well. That’s a view shared by many in our communities as well as the development and planning professions.”

Greg describes himself as a lapsed town planner, and in driving Moreton Bay’s development, no doubt found himself in familiar waters. The council has identified 12 growth fronts across the region, and has applied a Regional Growth Management Strategy to resolve any issues over the next two to three years.

There’s been a particular focus on getting development applications processed, while also consulting with infrastructure planners, environmental advocates and community representatives.

At the same time, the council is now progressively reforming a range of development rules and policies including around small-lot housing, for example, while also resolving a number of court cases; Moreton Bay had been in 45 cases around developer applications, and by working outside the court process, it has reduced that to below 20.

The key, says Greg, was not just winning some of the cases but also negotiating with the developers with the bigger long-term picture in mind of what the council actually wants to achieve for its communities. Infrastructure continues to be another critical aspect of Moreton Bay’s growth planning.

Greg says spending had lagged in the past, but the council’s capital works program is now at its largest ever, at A$220 million. When it came to the second challenge, governance reform, Greg fortunately had gained experience in bringing governance up to date during his time as the appointed Interim Administrator of Ipswich City Council.

He’s applied much of that knowledge to Moreton Bay as well, working to reform “the decision-making, the delegations, the public consultation process, reporting back to the community and reporting to councils”.

The final objective, “being a nice leader”, was sparked after an independent consultancy found that the council was lacking contemporary leadership, specifically in the sense of flexibility and respect. “That requires leadership that needs to be nice,” Greg explains.

“I’m simplifying, but I thought that was kind of my reputation, as a straight talker with staff and community. And I think that’s what the council needed as an organisation to get back on track.” A key part of Greg’s leadership was working towards a more values-driven approach, as opposed to vision-driven.

“With most other organisations, it’s been a matter of painting a clear vision and making sure people agree, concur and work towards it,” he says. “Here, we haven’t been so much about that, because it’s this loose diversity of communities. It has been more difficult to craft a shared vision. We’re still working on that.

“Here, it’s different to my CEO roles in the past. It’s not so much about driving towards a shared vision yet. Initially, it’s more about living the core values; it’s about behaving properly and demonstrating true leadership, showing that we know how we need to go across these areas. We’ve got some very difficult issues to tackle that we need to address with dignity and respect. We need to be honest and transparent.”

Moreton Bay Regional Council’s corporate values are covered by the acronym STIRS – service, teamwork, integrity, respect, and sustainability. Greg notes that the organisation has been careful to integrate these practically; last year saw its first staff awards, which not only received great feedback from employees but was also intended to drive and reinforce those values.

Greg believes that when an organisation sets out a list of core values and makes decisions based on those values, it’s hard to go wrong. It’s why he’s been insistent on defining and living these values before settling on a specific vision for the company.

The council was careful to set these values early on, and they’ve stayed consistent while Greg has been there. A similar transformation in values can be seen in the council’s approach to collaboration. Greg says it was previously an “introspective organisation”, one that “didn’t collaborate as much as it should with its diverse communities and its neighbouring local governments”.

More recently, the council has begun to work closely with chambers of commerce and other industry organisations to support their capacities and help drive economic growth. Environmental interests are also welcomed with more frequency, and Greg says the approach is “reaping its own rewards across the group”.

Other governments are also valuable connections – not just other local councils, but state and federal government too. “Part of our strategy, and one of the great strengths of this council, has been a very good advocacy program and strategy,” Greg says. “So we’ve got good expertise and good networks.”

Moreton Bay uses these government connections to ensure greater funding to develop local infrastructure and other projects. As an example, over the past year the council secured a total of over A$33 million in federal and state government grants. But the benefits of such connections extend to more than just grants and funding.

“We’d like to think we argue our cases well in terms of seeking either infrastructure or changes of policy from higher levels of government,” Greg explains.

“It’s also changing their priorities to meet the needs of the community. It’s quite a broader answer than the grants. We’re using that for the economic development, for infrastructure, particularly at the moment. There’s a lot of money being spent on catch-up infrastructure to deal with this growth. Yes, it’s money and grants, but it’s also influencing policy decisions.” 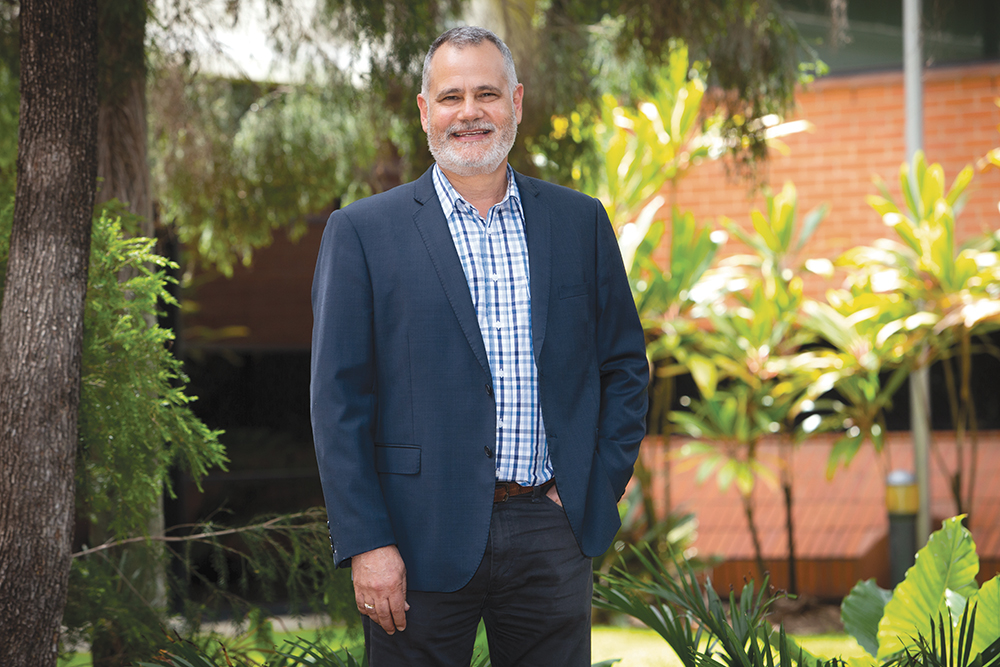 Greg believes one of the council’s former shortcomings was the lack of economic development capability in-house. In response, he recruited Chief Economic Development Officer Paul Martins, who’d fulfilled a similar role for the Sunshine Coast Council, to drive economic investment.

It’s indicative of Greg’s approach to problem solving, which boils down to getting the right person for the job. “In my rather lazy way of thinking, whenever there’s a tricky problem like this, rather than trying to solve it, I just get somebody in who knows what they’re doing,” he says.

“So in that area we recruited one of the pre-eminent economic development leaders in government, state and local. Paul’s got a background in the private sector too, in trade.”

That economic development team has since received compliments from the industry, Greg says, thanks to the complete reversal of the local government’s capabilities in the field. The council has also created a company called MILLovate to oversee the priority redevelopment of The Mill, a 460-hectare area.

Greg is a Director of MILLovate as the key conduit between the company and the elected council. The University of the Sunshine Coast has established a campus there, and there remains even more land slated for redevelopment over the next decade or so. At a wider scope, Greg has a keen idea of what the entire Moreton Bay area should look like over those decades. “The first thing that comes to mind is having an identity,” he says. “Moreton Bay is currently the sort of area that either nobody knows where it is, or it’s just the area between Brisbane and the Sunshine Coast. For many southeast Queenslanders and indeed Australians in general, it doesn’t have a clear and well-known identity like the Gold Coast or Sunshine Coast has, for example.

The core challenge for me is … having an identity as a network of communities that function very well.

And part of that is because we have such a diversity of communities. “Almost half a million people live here, so we’re the third biggest council in Australia, but people don’t know us that well. So the core challenge for me is not trying to craft one single identity, because I don’t think all these communities will identify as one, but having an identity as a network of communities that function very well individually and collectively as great places.”

For that to happen, Greg intends for Moreton Bay to resolve any and all challenges, and to foster the region’s continuing growth. “I’d like people to say, ‘Yeah, we came from a tricky situation and we pretty well resolved that. We’ve dealt with growth really well, and infrastructure. The jobs have been created here. We’ve facilitated the jobs,’” he says.

“We will have addressed that so people can live, work and play in this network of communities, and it’s well regarded in the context for that. I guess in a nutshell, I’ve just described my job.” 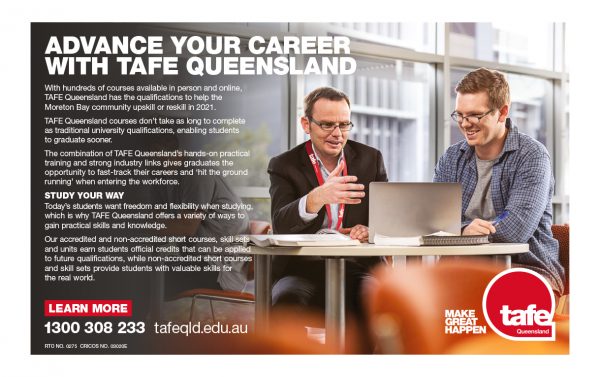 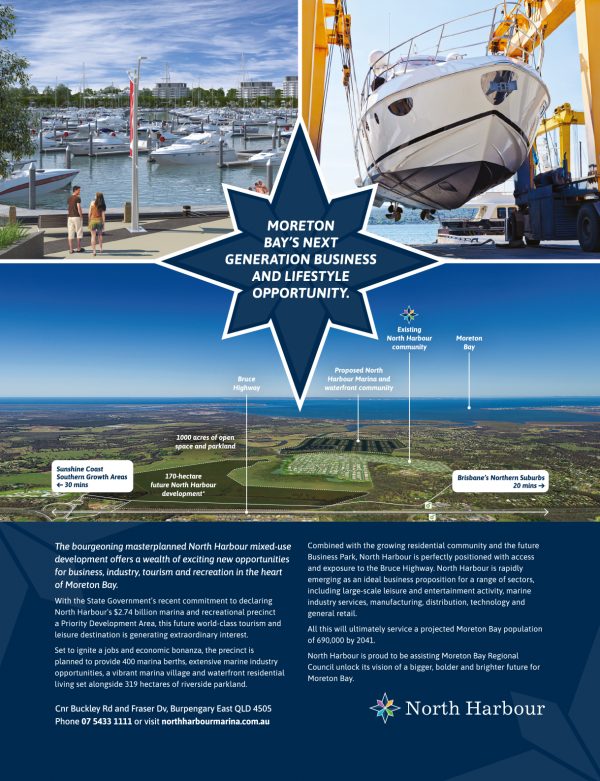