“You’ve Got to Keep Them Connected.”: Neil Scales One should “never waste a good crisis”, Queensland Department of Transport and Main Roads Director General Neil Sales reflects in his first chat with The CEO Magazine since the pandemic struck. 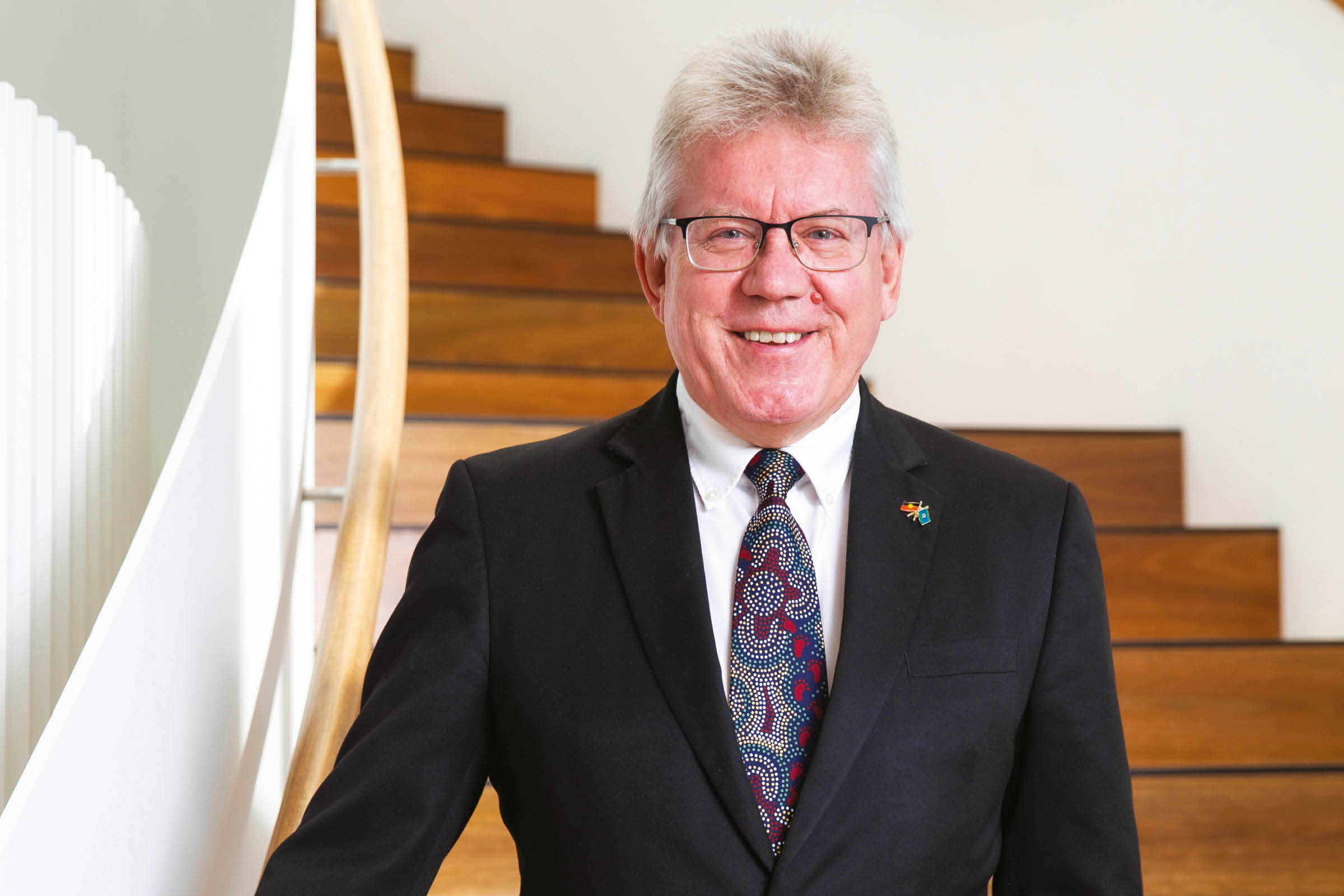 “But what we’re finding is that our staff are pretty productive when they’re working from home.” However, he described remote working as a “doubleedged sword” with mental health a key concern.

“You’ve also got to look after the fact that they are remote from the team, so you’ve got to keep them connected,” he says. Essential to the success of working from home was ensuring the correct physical infrastructure was in place in terms of connectivity, as well as a productive and comfortable working space, according to Neil.

Upping communications to help everyone feel included and to protect their mental wellbeing was also crucial.

What we’re finding is that our staff are pretty productive when they’re working from home.

“I like to get boots on the ground. If there’s a tropical cyclone or a monsoon or a bushfire, I like to go and have a look,” he shares. Although that was not possible due to restrictions, he prioritised sending updates and unscripted videos between two and five minutes long to ensure they got the key messaging across.

He also carried out a series of roadshows, which employees could attend virtually. Neil would also go for walks to meet his daily step goals and would take the opportunity to call his team members to see how they were getting on.

“I was just checking in, and that went all around the organisation, that the Director General, while he was wobbling around the city, was actually checking up on people and it did a lot of good,” he laughs.

“I also opened up a direct line between our workforce so they could ask me questions directly and get a response within 48 hours. That did really well.” All these methods of communicating with his workforce were in line with his style of “authentic leadership”.

“But it’s also the right thing to do because you need to check up on your people,” he stresses. Doing the “right thing” is clearly of great importance to Neil. In 2019, he completed the Vincent Fairfax Fellowship ethical leadership course, which is designed to equip leaders with the ability to make decisions that are respectful and considerate of others.

The approach seems to be effective: in the latest ‘Working for Queensland’ survey of 9,000-plus people, the overriding message was that the workforce felt a better and more authentic connection to the leadership team, he reveals. Aside from enhanced communication and the continued acceptance of remote working practices, Neil expects that virtual meetings will remain part of the working day. “Although I don’t like them so much,” he admits, jokingly adding that the quote of 2020 should be “You’re on mute”.

“I’ve done several conferences now virtually and while they worked out alright, you can’t tell if your jokes work and you can’t read the room to see if everybody’s on the same page.”

Neil is incredibly proud that the state’s public transport network continued operating as normal during the pandemic, as well as its customer service centres. The department didn’t pull out of any of its construction sites, making sure that each one had a solid COVID-19 plan in place.

All these achievements place the department in a strong position to play a vital role in Queensland’s post-pandemic economic recovery, according to Neil. He expresses his optimism for the “radical uncertainty” of the future by putting his own spin on a famous quote by Winston Churchill.

“This is the end of the beginning. It’s not the beginning of the end, and where we’re going, as a result of COVID-19, I don’t think the world knows yet.” 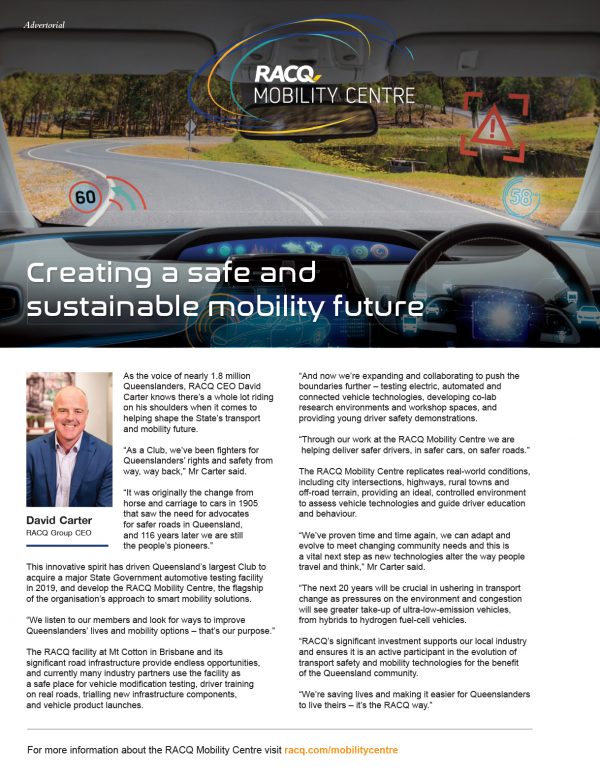