The science of security: Tanya Monro

Tanya Monro wanted to be a cellist. But at the age of 14, inspired by her physics teacher in school, she began to see a very different path for herself – one that involved science. “Math is the language of the universe, while physics is about interrogating the universe, asking questions and understanding it,” she says. 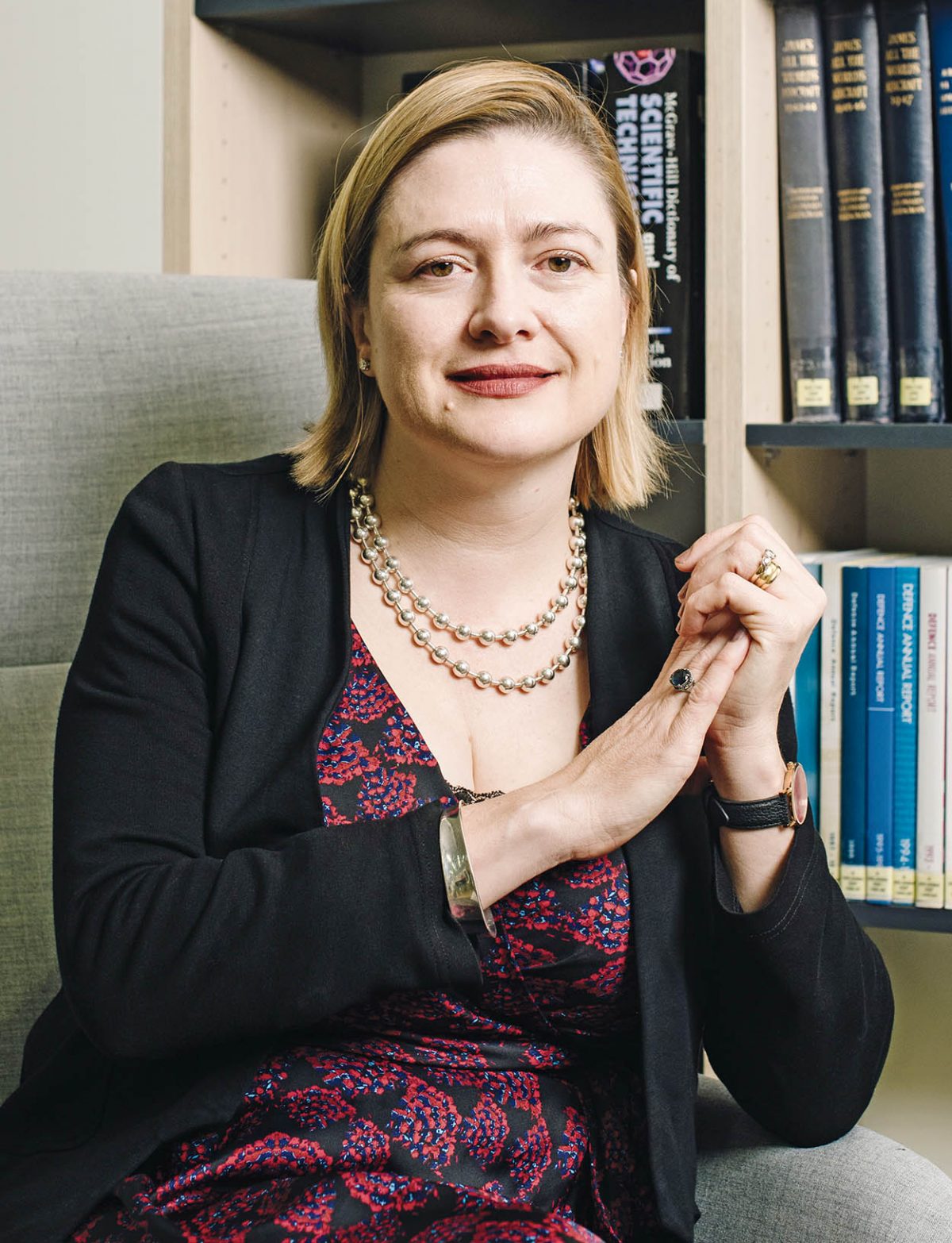 “I realised that science could also be creative and a way of solving problems.” It was then that she decided to attain a PhD to become a physicist. “The next 10 years of my life were mapped out.”

She attended the University of Sydney to complete her studies and, while there, a physics professor told Tanya to follow the path that she was most drawn to, in terms of curiosity, and the money would then take care of itself.

These words stuck with her and still do as she reflects back on her career. Moreover, she says that by working in an area in which she feels she can make a difference, it doesn’t feel like work at all.

“It gives you energy, which is extremely important because these senior roles can be very draining,” she shares. That mindset led her to accept the role of Australia’s Chief Defence Scientist within the Department of Defence’s Science and Technology Group (DST) early last year – and become the first woman to hold the position. It offered a combination of leadership and delivering outcomes.

“That has always been a passion of mine – not just doing science for science’s sake, but trying to understand the problems and then using the science to solve them,” Tanya says.

The breadth of the job is also what has kept the former University of South Australia Deputy Vice Chancellor of Research and Innovation wholly engaged.

“I can go from having a conversation with an expert to understanding the science and offering technical advice on some of our nation’s biggest acquisitions,” she says. Tanya also shares how she led a ventilator task force to repurpose non-invasive ventilators to be used as invasive ventilators in ICUs during the peak of the pandemic.

“Seeing how you can pull 10 people from across the whole system to work and deliver is fun too,” she says. “But I’m still a scientist; I’m using my science brain and getting the chance to interact and shape the outcomes.”

You can accomplish your dreams and aspirations. I encourage people not to be put off by things that look hard.

Tanya’s ambition is to bring science to the forefront of decision-making. Wrestling with creating a more inclusive culture is the other focal goal. “When I started, there were fewer women, particularly in physics and math,” she recalls.

“But we all felt that it was just a matter of time before it would equal up.” However, this did not happen. And merely waiting for an opening to arrive was not going to work either. “Research shows that the pipeline is leaking and when women enter, they are more likely to leave,” she says.

“Institutional culture, inclusion, and what it is that is causing women to leave science has to be the focus for leaders.” To initiate internal change, DST joined the Science in Australia Gender Equity (SAGE) national initiative. Once businesses sign up, they are required to look at their data to see how many women are entering and progressing to seniority. They also need to examine their processes, recruitment, promotion and pay, all before developing an action plan. “You have to deliver to be accredited. That’s what we did. We were proud to accept our Bronze SAGE accreditation last year,” Tanya says. 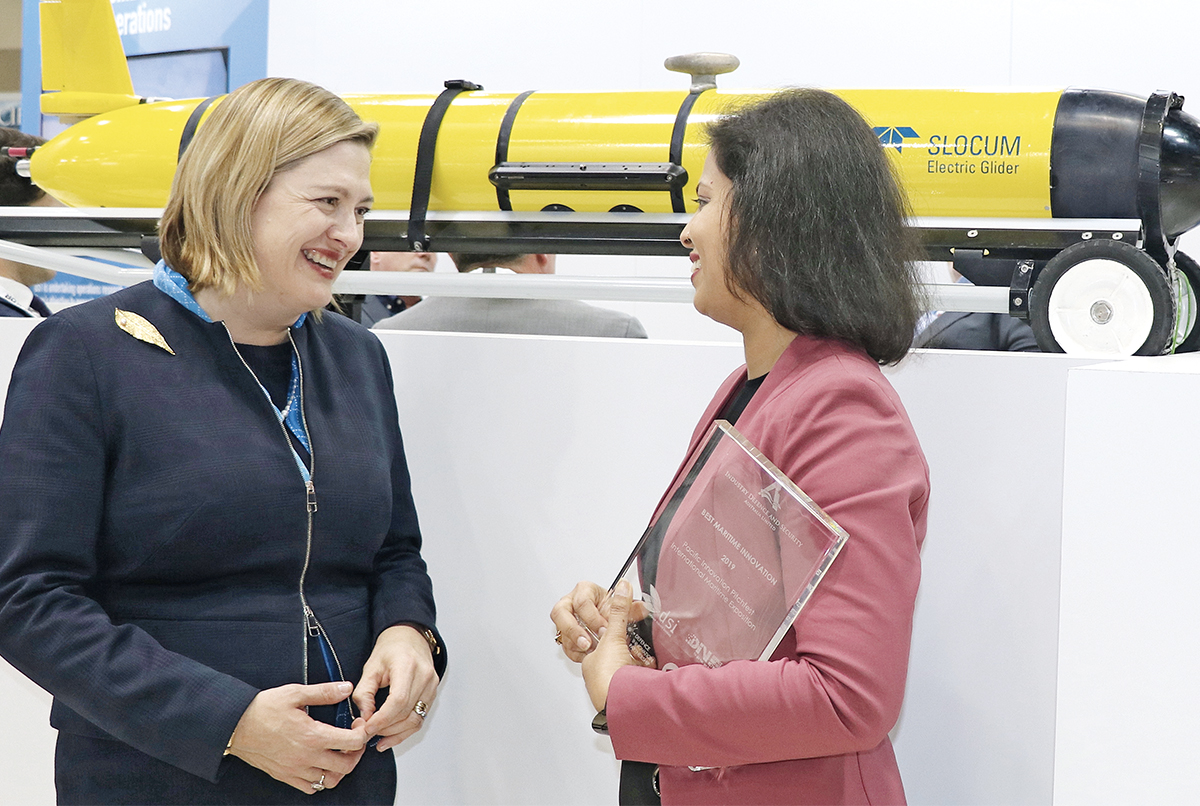 Somewhere between hope and realism, Tanya admits that senior leadership needs to be more proactive. “Women are doing extraordinary things in science. We have to encourage them to enter, stay or return,” she says.

“I’m positive about the future. But you can’t be complacent because, without concerted leadership, we’re a long way off where we need to be.” Under Tanya’s leadership, DST has recently launched Defence’s new science and technology strategy to 2030, known as ‘More, together’. It’s a project that’s aiming to drive change, strengthen partnerships with industry and create opportunities for research and development over the next 10 years. “Our partnerships are vital. We are working to deepen them,” Tanya says.

The strategy intends to concentrate the nation’s research efforts on a smaller number of specific and challenging problems to deliver a more significant impact.

“We’re only 2,000-odd people in a much larger defence department. There is the risk of expertise becoming very thin,” she points out. The initiative aligns with Australian universities to stimulate combined efforts of addressing national issues.

“Our role is not just to do the science but to help work with industry and with the universities to ensure new capability for the Defence Force,” Tanya affirms. Science and technology are going to play an evermore critical role in Australia’s post-pandemic future, particularly in terms of national security.

“My aspiration is that we get better at harnessing the nation and bring science and technology into all of our planning and decision-making,” Tanya says.

“There was a time when science and technology were primarily in the defence department to reduce the risk of acquisition. But we’re becoming more confident as a nation that we can develop sovereign capabilities here. It’s that shift, from just supporting decision-making through to helping shape the future. I feel proud to be in this position. At this moment, it’s clear that a shift is needed and now my role and my colleagues’ role is to help deliver it.”

Leading DST is challenging; being part of Australia’s Defence Force also comes with its own set of pressures. Then, of course, there is COVID-19 and national security. Tanya’s role as Chief Defence Scientist is undoubtedly no walk in the park.

But throughout the challenges, Tanya says she never loses courage. She shares a lesson she learned many years ago: don’t let the confidence of others dent your own confidence. “Your sense of what you’re capable of often doesn’t marry with reality,” she relays.

“With assistance and building mentor relationships and networks, you can accomplish your dreams and aspirations. I encourage people not to be put off by things that look hard.” 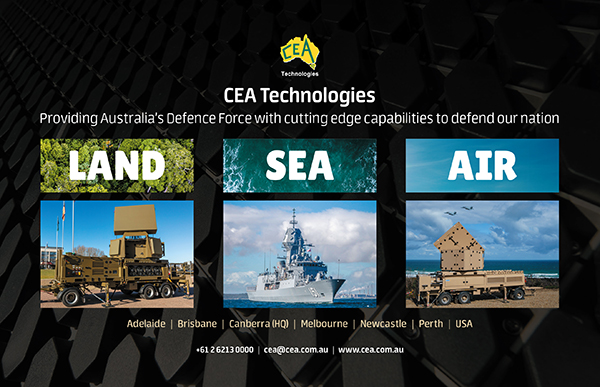