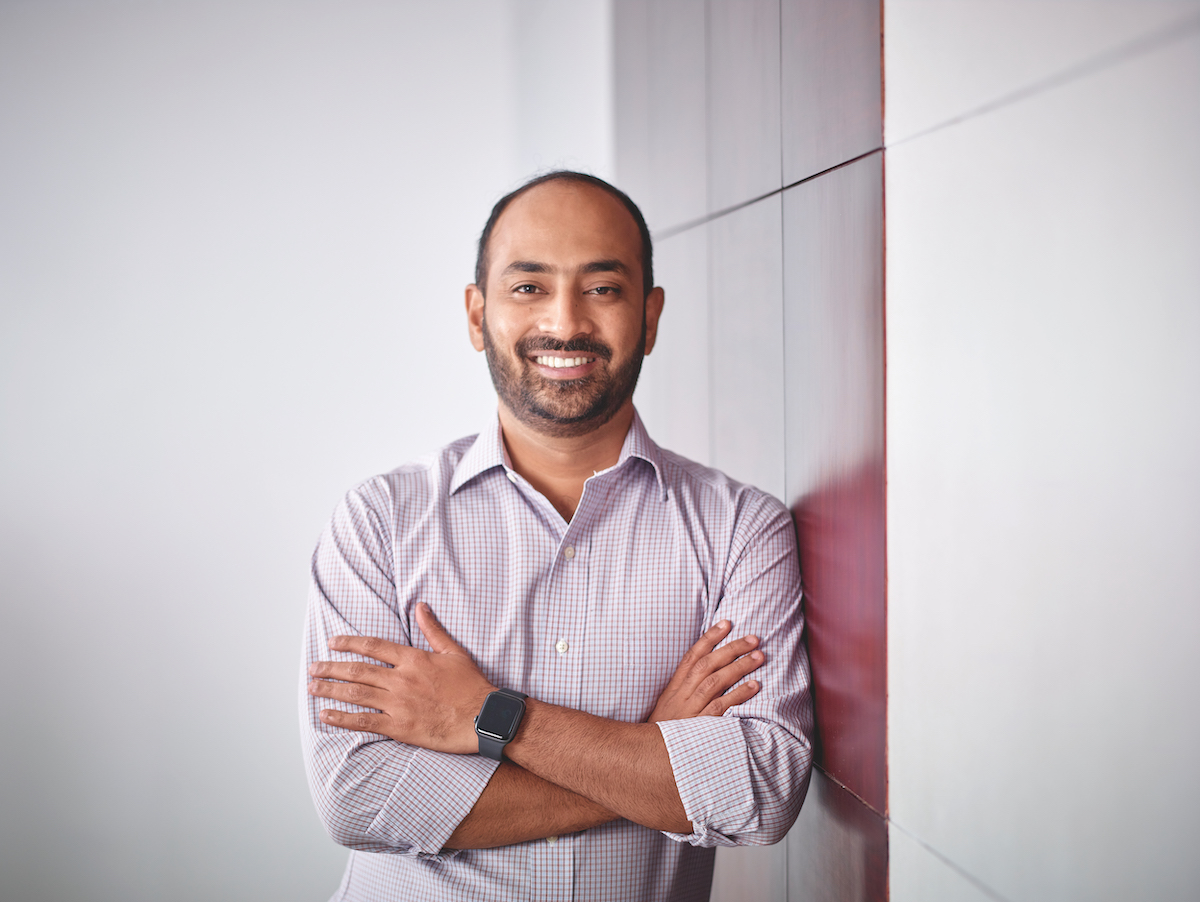 When Abhinay Bollineni joined KIMS Hospitals in 2014, the healthcare sector was in its early stages. Only a handful of private hospital conglomerates started out as pioneers. Five years on, when he assumed the role of CEO, competition was at an all-time high and international players were getting bigger and bigger, giving KIMS Hospitals the chance to master the art of operating at low costs and high volume.

As a multi-specialty group featuring more than 3,000 beds across 12 facilities, a patient-centric model was realised by Abhinay, meaning that stabilising margins, executing existing projects and completing acquisitions are now just a small step to the larger goal of expansion. “We have learned a couple of things from our peers,” he tells The CEO Magazine.

“One should not expect to become a national player immediately – first, one strives to become a dominant state player; second, a dominant regional player; third, a multiregional player; and finally, a national player. “The first approach is to prioritise capital in the markets that we operate in, thereby seizing the opportunity to consolidate the existing market through acquisitions, and we’ll continue to prioritise capital in the home state as the business grows.”

While the Indian population grew by around 13.25 per cent from 2011–20, health expenditure grew by 0.39 per cent in the same decade, meaning that the private sector has filled the void to meet the demand for quality health care. “I think the sector is so big in this country, it’s left to private players to operate since the government has its own challenges to solve, and there’s a huge supply and demand gap,” Abhinay explains.

You have to solve the problem of being affordable and delivering outstanding service at the same time.

“I don’t think one government or one private sector player can fulfil this requirement. There is an opportunity to build a large network of hospitals and make health care accessible – that’s how we can make a difference.”

Growing from a single hospital chain through organic growth and strategic acquisitions, the first hospital in the KIMS network was established in Nellore in 2000 and occupies approximately 250 beds. The flagship hospital at Secunderabad is one of the largest private hospitals in India at a single location, according to the CRISIL Report, and occupies 1,000 beds. Around one-third of KIMS Hospitals’ 3,064 beds were introduced in the past four years.

Offering a comprehensive range of healthcare services across more than 25 specialities including cardiac sciences, oncology, gastro sciences, neurosciences, orthopaedics, renal sciences and transplants, KIMS Hospitals has remained at the forefront of innovation and technology. “As far as medical technology is concerned, we’re one of the initial few companies to utilise it,” Abhinay notes. 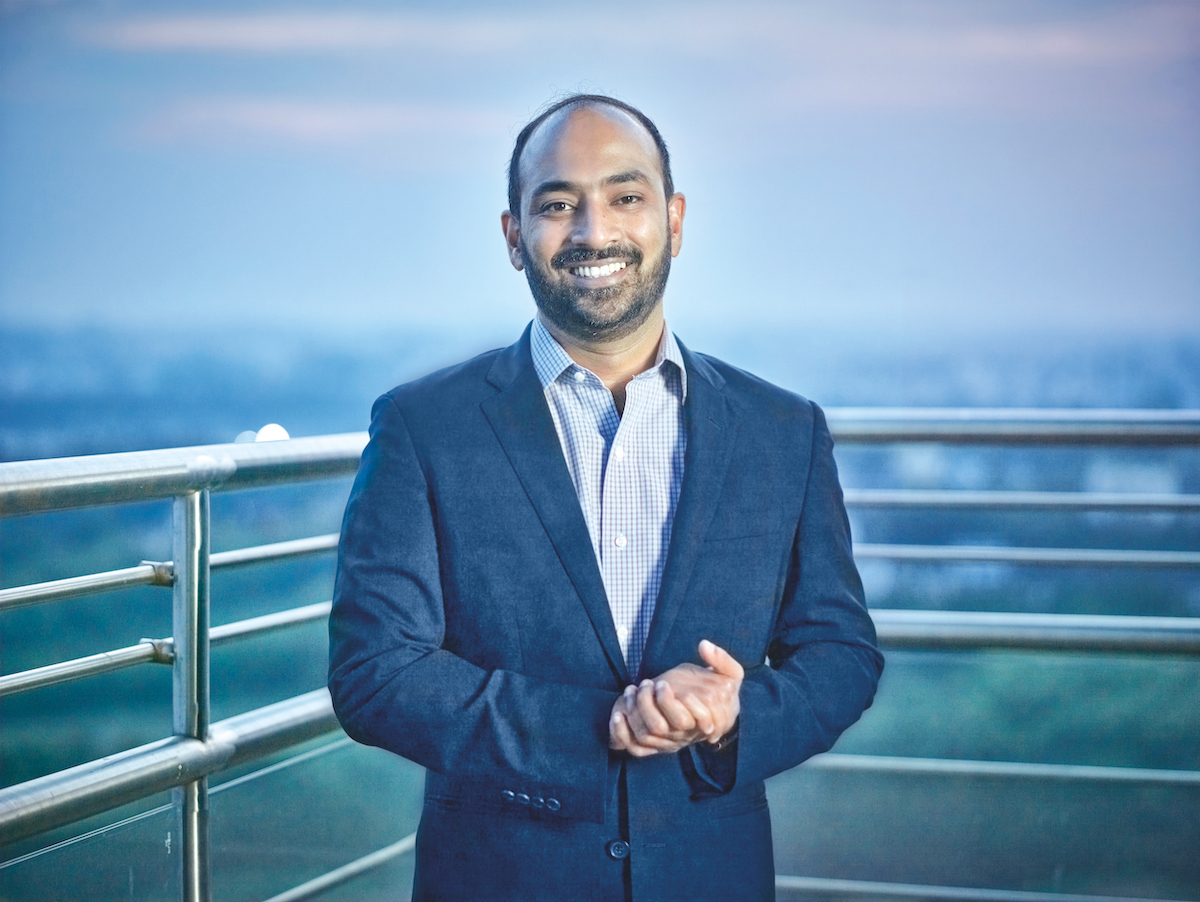 “We’re putting technology in place,” Abhinay says. “From the entry at reception to the diagnostic test and the report being generated, to the doctor reviewing that report. We are figuring out ways to ensure the maximum utilisation of a facility.”

“If you look at the da Vinci System, we were the first hospital in South India and the second in India to purchase and use the machine. “We are acquiring robotics for orthopaedics, and if you look at the Hyderabad landscape, the maximum investment in robotics is done by KIMS. We’ve maintained that any cutting-edge medical technology which can enhance patient care and deliver better patient outcomes, we invest in, and in doing so, have remained at the forefront.” Measuring success in health care can be complex, but Abhinay puts it all down to one key indicator. “Happy patients, happy outcomes,” he says.

“That’s most important for us and when it comes to specialties, we look at outcomes closely. For doctors, we take a clinical point of view, and from an operational financial metric viewpoint, we look at how to keep the length of stay in the hospital low, are we priced lower than the competition, and are we able to make this a more affordable healthcare service?”

Coinciding with Abhinay’s introduction as CEO was the launch of KIMS Hospital in Kondapur and the acquisitions of hospitals in Ongole, Vizag, Anantapur, Kurnool and the recent acquisition of Sunshine Hospitals. Today, the network consists of facilities that are strategically located to serve the healthcare needs of the state of Telangana across urban Tier-1 cities such as Secunderabad and Hyderabad.

Affordability and the quality of healthcare services provided by KIMS are fundamental asset, and Abhinay alludes to long-term relationships with medical professionals and partners as a key growth indicator of the KIMS Hospitals’ brand. “Our vision on non-clinical partnerships is that you have to solve the problem of trying to be affordable and delivering outstanding service at the same time,” he points out. 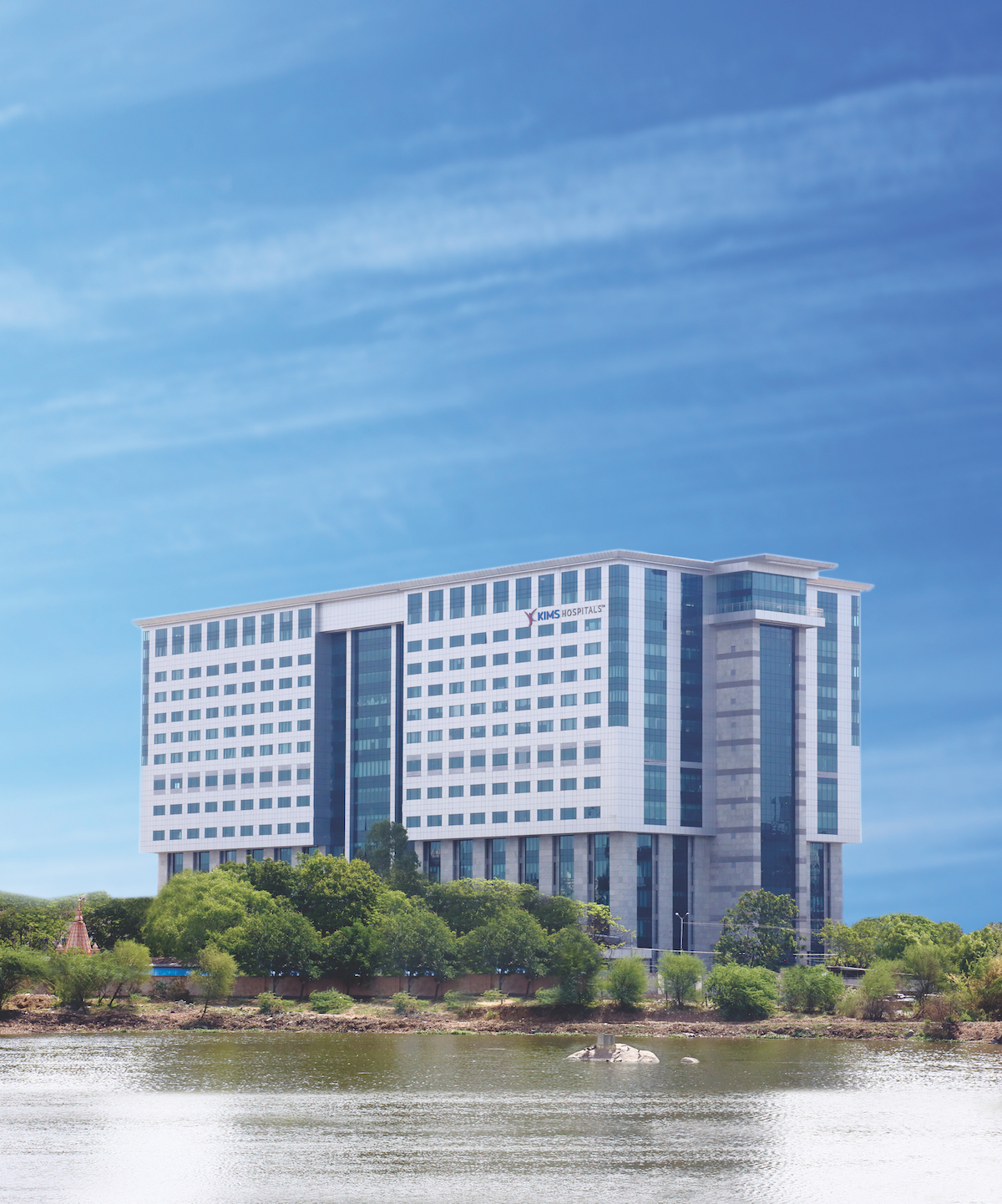 “On the clinical side, it’s difficult to hire great managers and great executives in Tier-2 or Tier-3 markets, so we’ve partnered with a dozen or more companies from different walks of life to figure out how we can run operations by rule of exceptions instead of monitoring everything.”

And it’s working. “We are proud to say that no discharge in the hospital, or at least 90 per cent of my discharges, happen within 45 minutes,” Abhinay adds. “Everything is defined by what works and what doesn’t. We monitor operations at a large scale. It’s how we can ensure our patients are happy. That will always be the most important thing.”