“Everybody has a right to healthcare.”: Ahmed Banderker 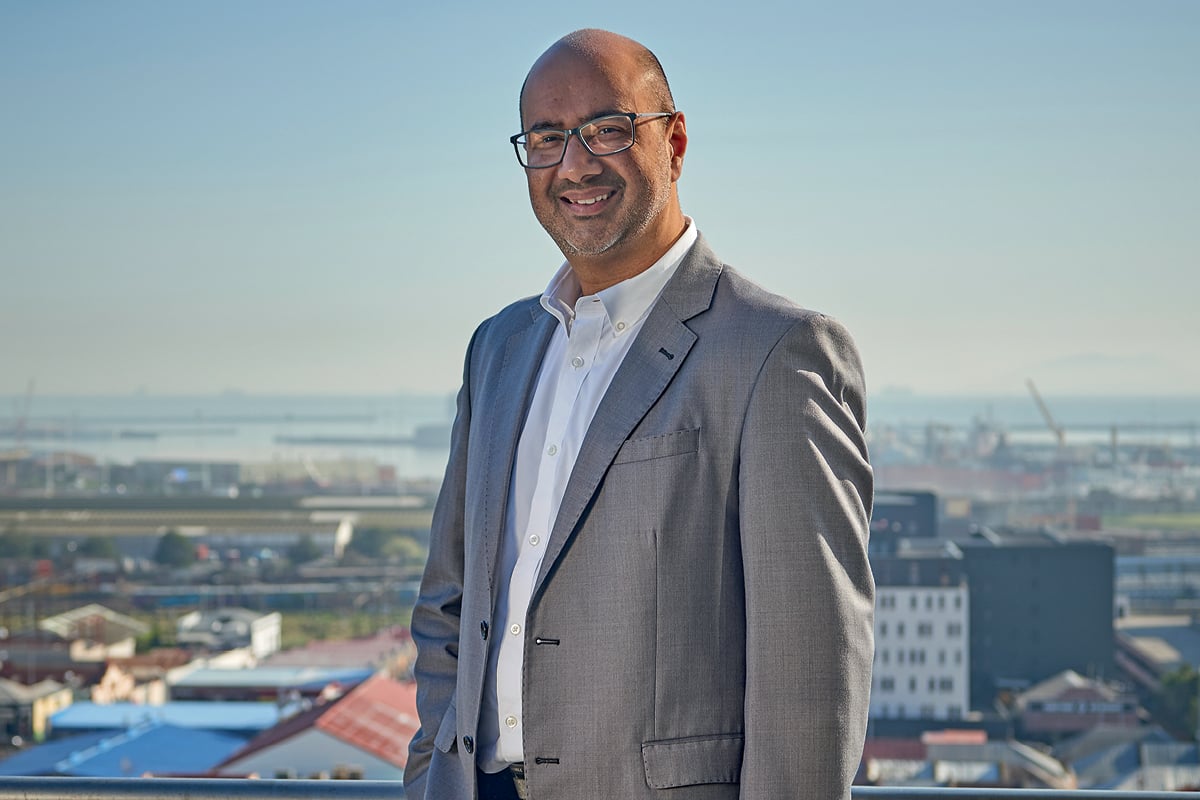 A deep, jagged rift runs through the nation of South Africa. On one side lies the government and its recent proposal to introduce a National Health Insurance (NHI) scheme, which would grant universal health care to the country’s 57 million citizens. On the other side are the plan’s opponents and skeptics – private medical practitioners and insurance providers who see the NHI as a threat to their businesses and to the country as they know it.

Through the rift, flows a river of questions: How will the NHI be funded? Can ordinary South Africans bear the weight of a new tax? Can the healthcare sector withstand the impending disruption, especially during a time when the country is already reeling from a financial crisis?

As the river grows more turbulent and the rift grows wider, one business leader has emerged as an unlikely mediator with a vision that could piece the fractured nation back together.

“In South Africa, we have a population of almost 60 million, of whom only 8.5 million have some form of private medical insurance,” says Ahmed Banderker, the recently appointed CEO of the AfroCentric Group, the largest health administration and medical risk management solutions provider, and most diversified healthcare company in South Africa. “I believe that everybody has a right to health care.”

Ahmed has publicly announced his support for the NHI. More importantly, unlike some of his peers, he doesn’t see the NHI as an existential threat to his company’s success.

“I’m fully supportive of government plans for driving the National Health Insurance, and I think we can play a meaningful and supportive role – we have to. It is a matter of social responsibility that we try to get more people access to quality health care,” he says.

However, Ahmed’s support doesn’t mean that he doesn’t recognise the questions at the heart of the NHI debate. He concedes that the bill in parliament is vague about where the funding will come from, and he acknowledges the strain that a new tax will inflict on ordinary people. Therefore, he has set out to make these questions less frightening by lightening the burden before it is implemented. 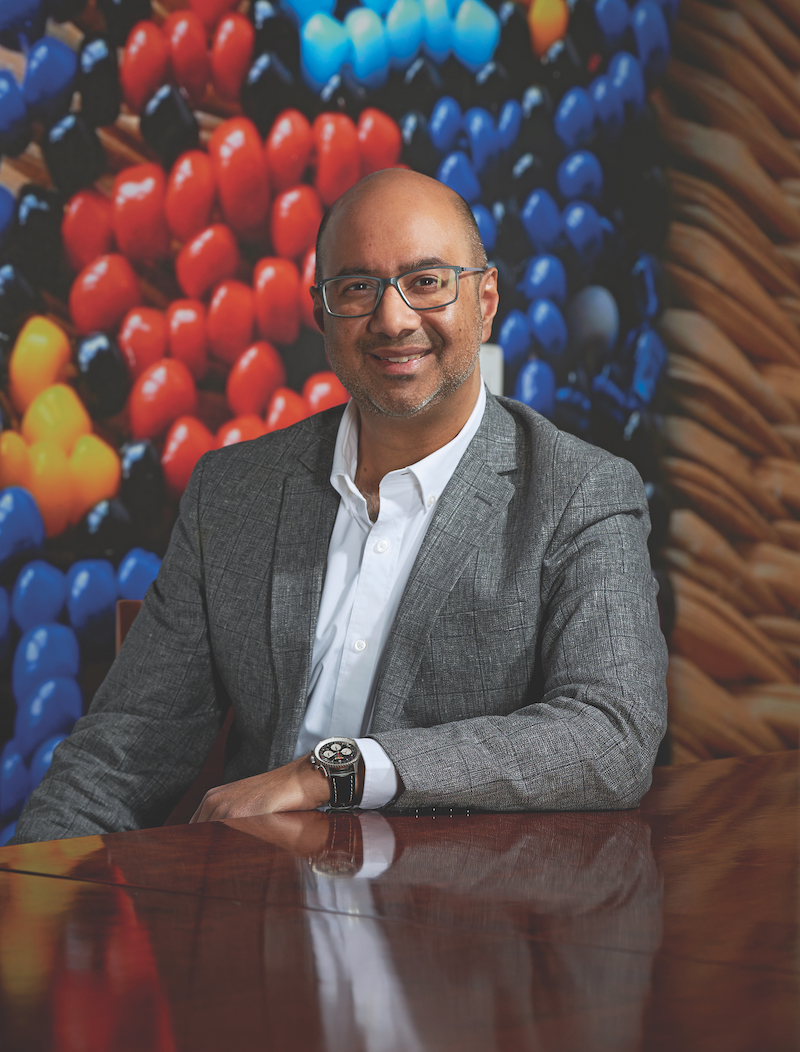 “The problem is quality of care through the management of state facilities and the cost of private insurance. Private health care has become too expensive, and the ageing infrastructure that the state provides has not been able to keep up with the demands of a growing country,” Ahmed explains. “A strategic objective for us is to lower the cost of health care through diversification.”

Over the past few years, AfroCentric has been buying up companies across the healthcare sector, giving the company a foothold in the fields of pharmaceutical research, drug manufacturing, drug wholesaling, and retail pharmacies.

“We believe that if we can make each of these value chains more efficient, we can bring down the direct healthcare cost in the country and make it more affordable for all South Africans,” Ahmed says.

“A strategic objective for us is to lower the cost of healthcare, and one way we do this is through diversification.”

A key to bringing down costs is the incorporation of new technologies into delivery processes. “The way health care is delivered in South Africa is still a little bit older and does not embrace technology to the fullest possible extent,” Ahmed says.

“That’s why we have built a number of IT solutions. We would like to create an environment whereby people are able to schedule their doctor visits through mobile platforms, without any paper engaged in the process. The doctor could then submit a claim to us, and we will pay electronically without the patient having to be involved in that process. The doctor should be able to load the script for medication electronically, so that the patient does not have to go to a retail pharmacy. We will deliver it directly to the patient’s door. And finally, the patient should have access to their own medical records.”

For Ahmed, leveraging the influence of a prominent black-owned business to improve healthcare access for all South Africans is an undertaking of historic proportions.

“In South Africa, we are still addressing the challenges of the past,” he says. “Black economic empowerment is not just a requirement imposed by the government but a social responsibility for companies to uplift previously disadvantaged communities.”

“The best careers are not those that are driven by the pursuit of income, but those driven by a sense of purpose.”

For this reason, he sees his gradual rise from an accountant at a private practice to Group CEO of AfroCentric as his proudest achievement. “The best careers are not those that are driven by the pursuit of income, but those driven by a sense of purpose. I have a sense of purpose in trying to do something that benefits the South African community, as far as health care is concerned,” Ahmed says.

“When you have a sense of purpose as an individual, I think you can have more fun, more enjoyment and more excitement. You can do your job with a lot more passion.” 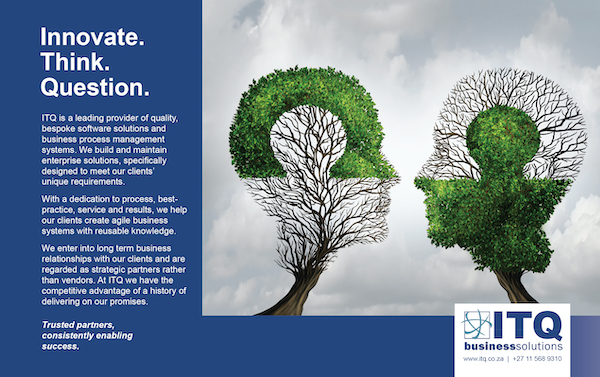 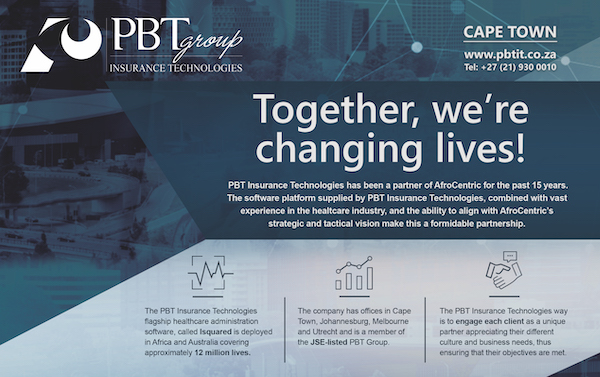