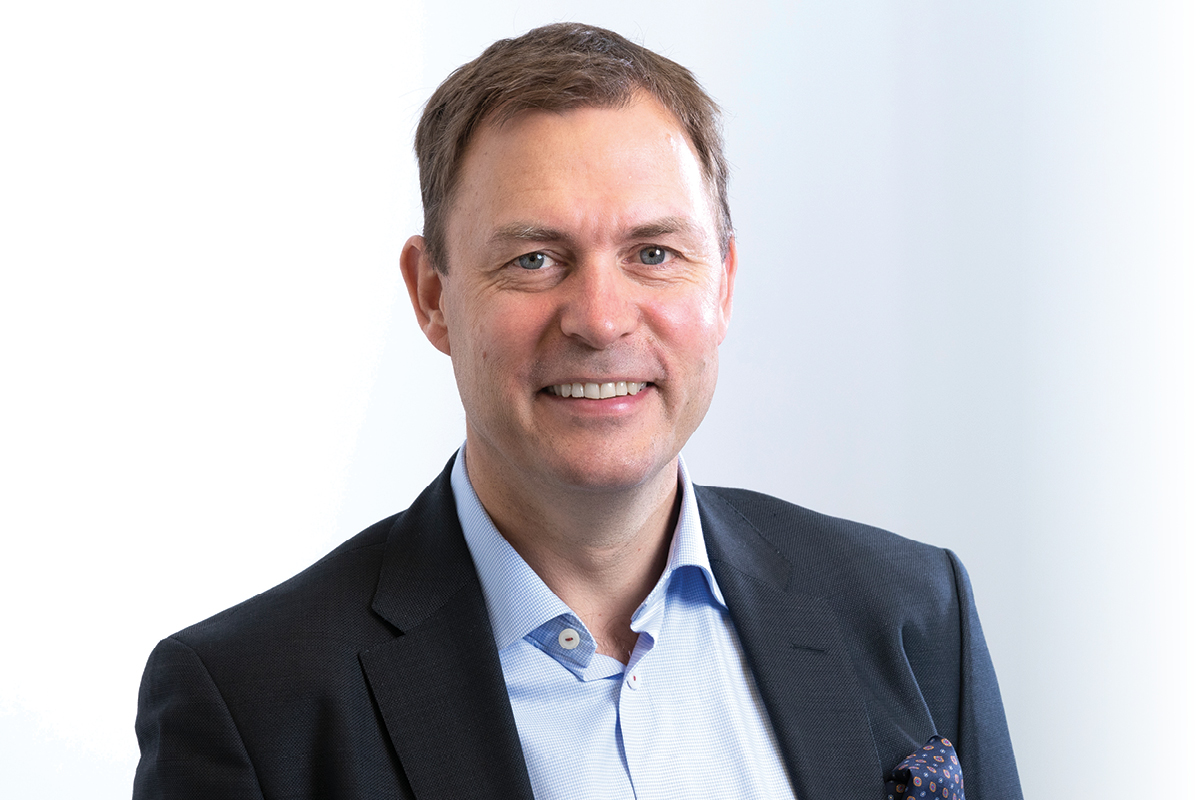 From selling beer to fast-moving consumer goods, and now, medicine, Anders Torell’s career trajectory can be said to reflect the maturation of his personal psyche. “When I was young, it was distributing and selling beer that appealed to me,” he says.

He did so for five years early in his career with Carlsberg and one of its subsidiaries. Following that, he moved on to work for ICA, one of Sweden’s leading supermarket chains, on something more essential to people’s lives – FMCG.

Fast forward to today, and he has taken on an even bigger responsibility – that of the health and wellbeing of Kronans Apotek’s 26 million customers every year. As the CEO of the leading Swedish pharmacy chain, and almost 20 years older and wiser than in his beer sales days, he says that it is the opportunity to make a difference in people’s lives that gives his career meaning now. “The possibility of having a deep influence in people’s wellbeing is intriguing to me,” he admits.

Anders is of the belief that pharmacies can be more than just places where prescriptions are dispensed. “We have to take into account that not only do we distribute medicines, we also give customers a lot of advice in the process,” he points out.

“We have to take into account that not only do we distribute medicines, we also give customers a lot of advice in the process.”

In order to do that better, the firm recently introduced Drop-in Clinics: dedicated areas situated in some Kronans Apotek stores, where consumers can receive simple health services such as blood pressure tests and vaccinations. The firm currently has eight Drop-in Clinics across Sweden, and aims to have 20 more by the end of this year.

“We are focusing on setting up these clinics in areas where it is more difficult to get primary care, so we have only a few of them in Stockholm, but more in rural regions,” Anders divulges.

He believes that these Drop-in Clinics have a place in the market despite the country’s well-established universal healthcare system. “They are meant to help people with the kinds of problems they don’t always have to go to a healthcare centre for,” he says.

“Vaccinations, in particular, we see as a big segment in the future. People are travelling more and thus taking shots for diseases like tuberculosis more. The demand for flu shots is also getting higher every year.”

“The possibility of having a deep influence in people’s wellbeing is intriguing to me.”

More than just convenience, Drop-in Clinics also represent a new possibility for more individual autonomy in seeking medical advice. This is accentuated by yet another new, and perhaps unexpected, avenue: online consultations.

“We acquired a small stake in Doktor.se, the third-largest European digital health player, in 2018,” Anders reveals. “We have started connecting our services so that if a customer has contacted a doctor on Doktor.se, they will be able to pick up their medications from a Kronans Apotek store, or have them delivered from our ecommerce site to their doorstep.”

Convincing customers to get used to digital consultations for something as personal as a diagnosis would be an uphill task, but he believes that it will eventually take off. “Currently, around 8% of the Swedish population have tried digital help tools. We are in the early adoption phase. Companies are still trying to understand it, evolve, and develop services around it,” he admits.

“I don’t think we can predict what the future end state of this is, but it’s worthy to note that for many health problems, a patient’s first contact would be a nurse, then the nurse determines if it is a case that needs a doctor’s attention or if it could be handled by self-medication or the nurse.

“Digital tools can definitely help facilitate a more efficient healthcare system,” he continues. “Similarly, the Drop-in Clinics are like first gatekeepers, where trained pharmacists can provide advice and refer patients to doctors if needed.”

The process Anders has described is, in his own words, a version of triage, where patients are guided to receive the right amount of care they need to ensure that the healthcare system is not unnecessarily taxed. He asserts, “The role of pharmacies is changing; this is the future of the pharmacy.”