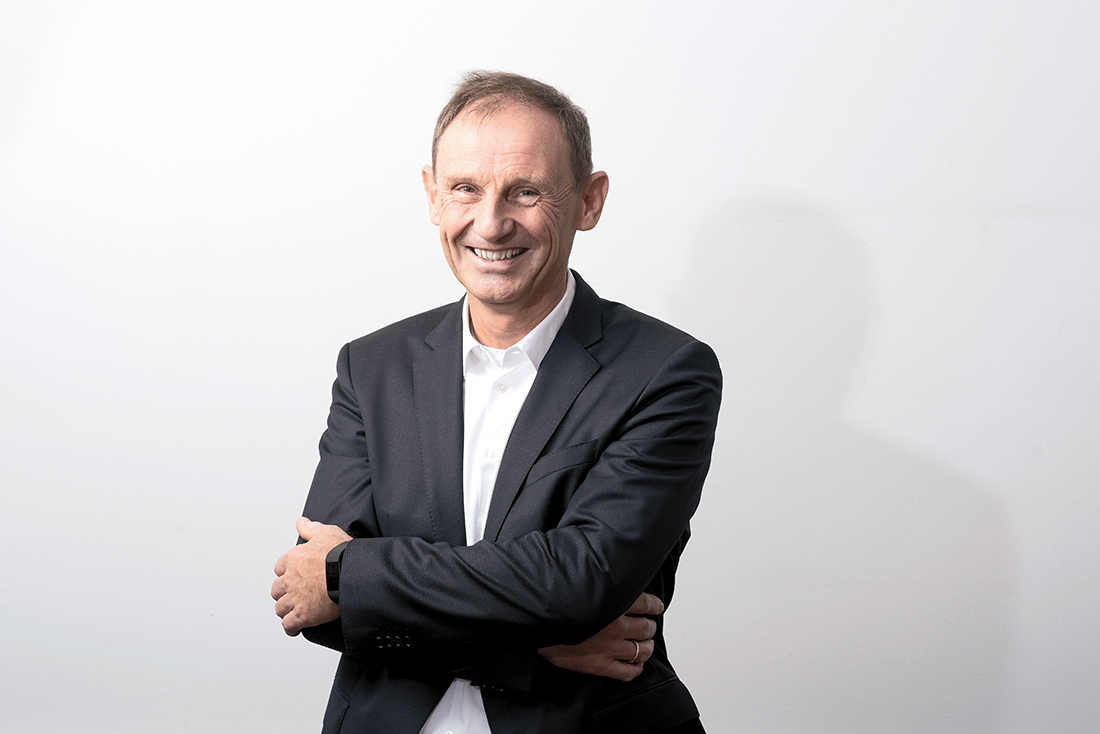 Out of all the patients with rare diseases that have benefited from AOP Orphan’s work, Andreas Steiner remembers learning of one case in particular that reminded him why he became the company’s CEO.

The woman was suffering from pulmonary arterial hypertension, an incurable disorder that narrows the arteries around the heart and gets worse over time.

“We had a patient who was saying she was not able to breathe normally anymore. Her whole family was concerned she was going to die,” Andreas shares.

“She was choking, and she could not even talk to her grandson. And then she got a product from us, including a treatment we helped deliver. This patient has been on the drug for 25 years and has a meaningful life. This is so moving, to see where you’re really making an impact.”

Following its acquisition of European healthcare companies Amomed and SciPharm last year, AOP Orphan now has 350 staff working across 30 countries, and it reported a turnover of €150 million in 2020.

Founded in 1996, the business has carved out a place for itself by developing drugs and treatments for diseases that big pharma are seldom interested in – diseases that affect just a tiny proportion of the population and that often require not just drugs, but also highly complex and dedicated treatment plans.

“I call them neglected patients,” Andreas says. “What makes us special is that we have these three pillars: the pharmaceuticals, the devices and our own company that organises patient services. This underlines that we don’t just want to sell a drug; we provide integrated therapies and we are accompanying the patient in the sense we want them to benefit from the treatment.”

This service includes a 24/7 hotline for patients to call and seek immediate advice directly from an expert. “If that doesn’t help, we call up a nurse or somebody else to visit the patient to help,” Andreas says.

“At times, we have really lifesaving drugs wherein if the drug is interrupted, that could massively harm the patient.” Other companies lack this overall concept of care.

“They would probably only sell the drug. This was one of the reasons why AOP Orphan was founded – because the founder said, ‘Hey, there is medication out there for patients who need it, but the treatment is so complex that nobody touches it.’”

We need a very special type of person to work with us. It’s not for everybody – it’s really demanding.

Filling that gap requires enormous dedication. “You need to believe, to really want to change a life,” Andreas says. “For big pharma, this is not a good concept because there is a lot of effort with very little profit in the end, because there are not many patients, and treatment is complex. It’s not easy.”

But taking a different route to the pharma giants does not mean forsaking profit. One way that AOP Orphan is working to ensure long-term viability is by investing heavily in research and development.

“We typically invest about 20% of our revenues in research, and that’s a really big number,” Andreas explains. Armed with a strong pipeline of treatments, the company has set itself ambitious goals for expansion.

“We have extremely challenging plans,” Andreas says. “We want to quadruple our sales in the next five years, and this means a minimum 25% growth every year, and some years even far beyond that. And this, of course, only grows through new products and new territories, starting inside Europe, but of course we are going for the entire world.”

AOP Orphan recently signed two important partnerships in Canada and South America. The company is also preparing a submission to the Food and Drug Administration in the US to launch one of its products there.

To achieve that, AOP Orphan will be relying on a pool of outstanding talent. Many of the firm’s people came over from big pharma because they saw an opportunity to flex their creative muscles and have their ideas realised. 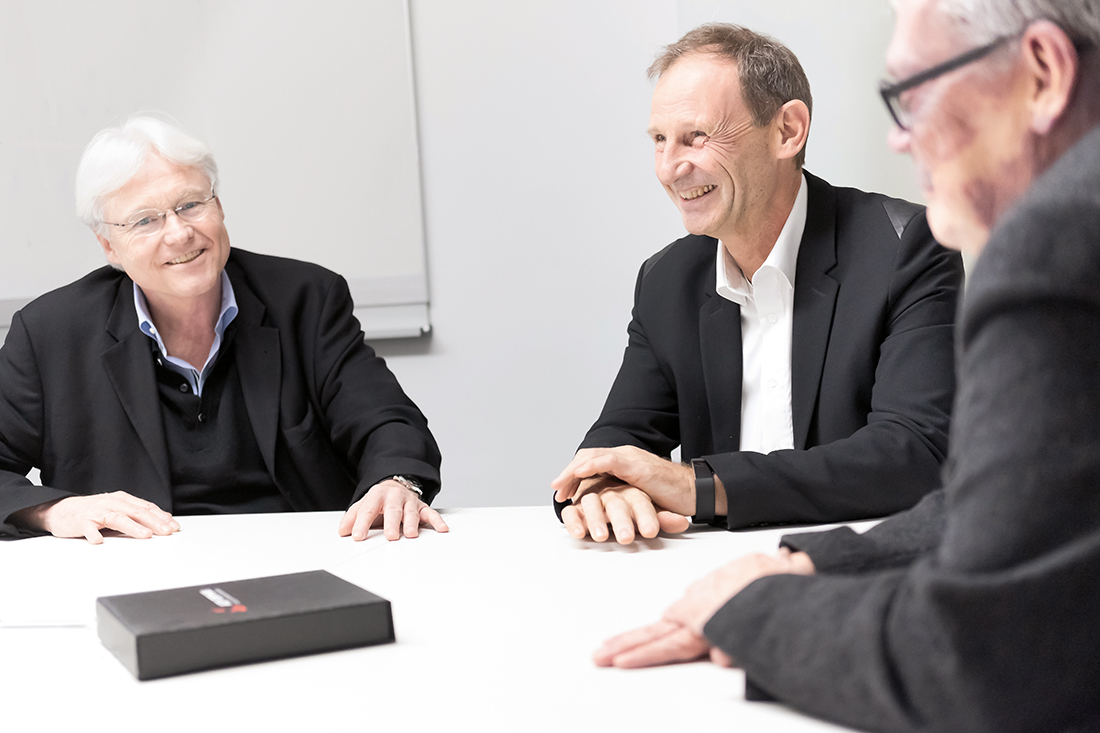 “One of the key things is to have clever people with an entrepreneurial approach,” Andreas says. “In big pharma, somebody tells you, ‘Do this and that,’ and then you have to execute. Or you get a handbook and are told to read the book and then do what the book is telling you. What I tell the new people is, come in and think, come up with ideas, and act as if it were your company. So if somebody comes up with an idea and can support it with a good rationale, there’s always a chance we’ll embark on it.”

When Andreas speaks to new recruits, he always tells them the work at AOP Orphan will never be boring, and it will be very challenging. “We need a very special type of person to work with us. It’s not for everybody – it’s very demanding,” he says.

“But many people say they don’t care because they know what they are working for, and they know they can make an impact. This is what drives our people.” The way AOP Orphan’s resources are distributed makes attracting suitable, committed people all the more crucial.

This is also why AOP Orphan is so careful about choosing its partners and suppliers – they need to be longstanding and trustful in order to produce good products together. With a strong pipeline and strong people, Andreas and others at the company are thinking big.

“We are enormously strong,” he says. “We have an excellent track record in Austria, Central and Eastern Europe and the Middle East, and we will now conquer Europe.” 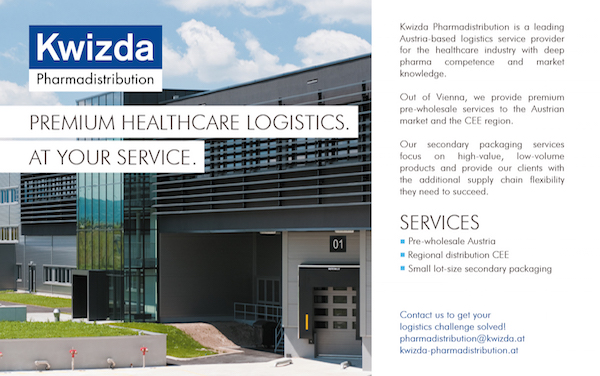