With a strong background in the medical technology industry, it seemed only logical that Andrew McLean would take up the CEO position at cancer treatment company Sirtex Medical. However, there was a bigger reason he seized the opportunity, one that was much closer to his heart. “I really believe in the fight against cancer, after seeing it firsthand when my mother went through multiple types of it,” Andrew tells The CEO Magazine.

Sirtex develops and provides specialist treatment for liver cancer called Selective Internal Radiation Therapy (SIRT); a procedure that uses SIR-Spheres Y-90 resin microspheres. “How it works is tiny spheres that have Yttrium-90, a radioactive substance, bound to them are injected directly into the blood supply that feeds those cancerous tumours attacking the liver,” Andrew explains.

“The microscopic beads lodge in the capillaries surrounding the cancerous tumours. And the radiation, if it’s injected in the right spot through the right blood vessels, kills the tumours while preserving the healthy liver tissues. That’s very important because the liver is extremely sensitive to radiation.”

According to the American Cancer Society, more than 700,000 people worldwide are diagnosed with liver cancer each year. The Australian Cancer Research Foundation notes that metastatic liver cancer is more common than primary liver cancer in Australia. The former occurs when the cancer originates elsewhere in the body (such as the colon or stomach) and then spreads to the liver where it lodges and becomes a tumour; the latter begins in the liver.

One of the major benefits of SIRT is that, in most instances, it is a day procedure. “Different healthcare institutions approach it in different ways but, for the most part, you go in, you have your treatment, and you’re home the next day,” Andrew says. “You might even be home the same day. But it’s one treatment, and that’s it.”

“You go in, you have your treatment, and you’re home the next day.”

The median age for those diagnosed with liver cancer is 67.

The treatment is unlike chemotherapy which, Andrew says, largely impacts a patient’s quality of life. “Everyone knows someone who has gone through chemotherapy,” he says. “The patient is administered a chemotherapeutic agent orally or intravenously and while it may gravitate towards one part of the body – in trying to attack a particular type of tumour – the fact is, it’s in the whole body. So you get a lot of side effects.”

Andrew warns SIRT isn’t curative; however, it helps extend a patient’s life. “When patients get to us, it’s usually the last line of defence; they’ve failed chemotherapy or other modalities that have been adopted earlier on in the treatment regimen. Basically, they have been told they’re going to succumb to liver cancer.

“But there is clinical data showing a three to six month life extension thanks to the therapy and then you have other patients who have survived for decades after it. It is contingent on how early the patients get the therapy, how they’ll react to it, how the procedure was administered, and the gravity of the situation. You might have a patient who responds very well to the treatment. And there are a lot of patients who do.”

The fourth pillar of cancer treatment

Andrew began his career in junior marketing at medical technology company Becton Dickinson (BD) before moving on to pharmaceutical giant Pfizer. After working for Pfizer in Australia and China, he decided to move back to BD where he led the Medical Business in Australia and New Zealand for three years.

Following a stint in the US with BD, Andrew became CEO of a smaller British company, Synergy Health, which was later acquired by Steris Corporation. He was appointed Sirtex CEO in 2017.

Over the years, Andrew observed the steady pace of innovation and continuous improvement in the medical technology industry. But one thing he says hasn’t changed is the slow rate of adoption. “As it probably should be in healthcare,” he adds.

Nonetheless, Andrew believes there is going to be a greater shift towards interventional oncology with treatments such as SIRT. “I’m not saying chemotherapy isn’t a good systemic approach, but is it always the best approach? Is it the only approach? I think we’re giving cancer patients more options and opportunities for the best possible holistic treatment.

Although SIRT is still in its infancy, Andrew believes it has huge potential. “I think there are prospects for interventional oncology as the fourth pillar of cancer treatment, in addition to surgery, chemotherapy and radiation oncology,” he says.

“There are prospects for interventional oncology as the fourth pillar of cancer treatment.”

And it’s not just Andrew who is excited about the potential of this treatment; the staff at Sirtex are just as eager. “In our line of business, there is a very strong shared purpose of fighting the good fight against cancer,” Andrew continues. “It’s not hard to rally around that purpose. On top of that is building excitement around how we can treat patients better, get better outcomes for them, and get our physicians excited about the different modalities and treatment options to help patients get better with fewer side effects.”

“There is a very strong shared purpose of fighting the good fight against cancer.”

With the positive results the treatment has yielded for liver cancer, Sirtex is exploring its use for other parts of the body. “We had a safety study done for certain types of kidney cancer here in Australia but it’s in its early stages,” Andrews says. “The study was done at St George Hospital in renal cell carcinoma and had very favourable results.”

Although Sirtex was founded in 1997, its journey didn’t begin at that point. During the early 1980s, Dr Bruce Gray, an academic at the University of Western Australia, was researching the possibility of using radiation-filled beads to combat liver cancer. After noticing positive results, he developed the cancer treatment technology – while still at UWA – and later established the Sydney-based Sirtex. In 2000, the company went public and as of 2017 it was valued at A$940 million. The company has delivered around 80,000 doses of the treatment to liver cancer patients in more than 40 countries worldwide.

In March 2018, Sirtex announced its potential acquisition by US-based Varian Medical Systems, a move that will see great benefits for the business if it comes to fruition. “I think the combination with Varian is very synergistic in that they are a global leader in radiation therapy for cancer,” Andrew notes. “We know radiation but they do a different type of radiation so there’s a great opportunity in terms of sequencing best-in-class cancer therapy for patients.

“Second, Varian has a great leadership position in software in terms of treatment planning – both pre-treatment and post-treatment – so you can map out how the patient should be treated in the most optimal way. After treatment, you can map out what was actually delivered to the patient and what the outcome has been. And we can provide quality assurance and quality control for them.”

Andrew adds that Varian’s resources will further accelerate Sirtex’s innovation efforts and give it more financial leverage to build a full interventional oncology platform for growth. “Having a culture of innovation across the team is one of the things we need to up our game on, he says. “Today, we have one product and, with Varian, we can build that up with more complementary products to become even more relevant to our physicians and patients.”

However, a rival bid for Sirtex was launched by Chinese private equity company CDH Investments in May, signalling Sirtex’s rise in the healthcare sector.

Having worked in various management roles throughout his career, Andrew believes the most important characteristic all leaders should possess is authenticity. It is something he learned from BD Vice President Greg Meehan, who hired Andrew the second time he worked there. “I learned about robust dialogue, raising issues in the right way and making changes that have to be made,” he says.

“I was in a situation where I needed to make some real changes to the organisation and some hard decisions. And what I learned from Greg was that when you have a supportive manager who challenges you in the right way but then fully supports you in the strategy you’re trying to use – even if it’s very difficult – it can either make or break those initiatives. And Greg was so supportive of me.” Now Andrew is extending that support to his staff at Sirtex.

While Sirtex already has a strong presence in the US and Europe, Andrew says its next phase is extending its reach in Asia. The company is currently gaining regulatory approvals in the continent’s biggest markets: China and Japan.

Andrew is proud of how much the business has grown and attributes its success to its dedicated workforce. “There aren’t many great Aussie pharma biotech and medtech success stories like Sirtex,” he says. “I’m just so thankful for each and every member of the staff because they’ve built a wonderful Australian success story and they deserve so much credit for that.” 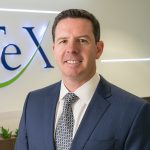