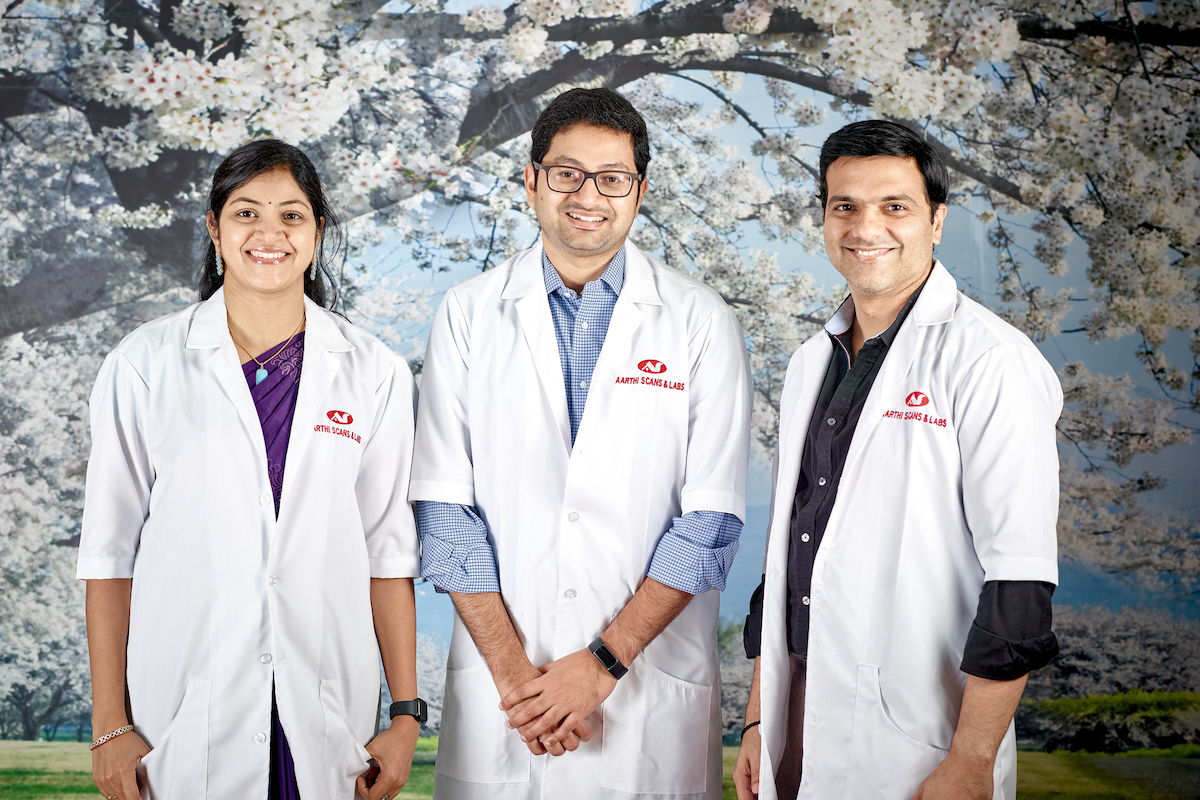 Aarthi Scans & Labs is India’s largest and most affordable radiology and pathology diagnostic chain. The company, which is run by the Govindarajan family – Arunkumar Govindarajan, Prasanna Vignesh, Aarthi Prasanna and Dr Rajkumar – has achieved much success since its humble beginnings in Tamil Nadu in 2000.

In the past five years alone, the diagnostic chain has experienced skyrocketing growth, taking it from a single-state operator to a pan-India player that is now present in Karnataka, Telangana, Maharashtra and Delhi. Much of this success can be attributed to Aarthi Scans & Labs’ offerings.

Before 2016, the company was predominantly a radiology player, providing CT scans, MRI scans, X-rays and ultrasound scans. However, the Govindarajan family saw an opportunity to build on that and bring so much more to the table for its patients. “We began concentrating on pathology around 2017, and now we’re an integrated diagnostic, providing both a pathology byway of blood and urine test and radiology services, including CT scans and MRI scans, the higher end of diagnostics,” Director and Radiologist Arunkumar Govindarajan tells The CEO Magazine.

“This has enabled us to offer a more holistic level of care to all of our patients.” To break it down, roughly 70 per cent of what Aarthi Scans & Labs does today is radiology and the remaining 30 per cent is pathology, whereas in the past, the company averaged about 95 per cent radiology. “The past four years have seen us grow our pathology samples from 400 to 5,000,” he says.

“It’s been like 10 times growth for us in this area.” With this encouraging progress and a strong foundation set for success, which sees Aarthi Scans & Labs present in Chennai, Bengaluru, Hyderabad, Mumbai, Pondicherry and Delhi, Arunkumar has his sights set on increasing the company’s footprint even more.

We are embracers of technology … I believe AI is going to revolutionise radiology as we know it.

So far, Aarthi Scans & Labs’ growth has all come about organically with greenfield ventures. However, Arunkumar says he’s open to other avenues as well. “If a good acquisition opportunity pops up, we’d definitely be interested in exploring it,” he reveals.

“However, we won’t be considering any forms of hospital partnerships or joint ventures. We’re predominantly a standalone diagnostic provider. It’s our core philosophy and we’ll continue on that same path.” That path sees Aarthi Scans & Labs as a stand-out in an increasingly competitive market, providing affordable care. Its MRI scans alone are priced less than 40 per cent of what its competitors charge, yet they’re just as high quality. It may seem impossible to offer such low prices, but when driven by the belief that the cost to diagnose a disease shouldn’t cause financial hardships for patients nor should it make their treatment unaffordable, it’s important to find a way.

“We believe that it’s a mission worth fighting for,” Arunkumar asserts. “And even with big names like Tata and Reliance entering what has become a hyper-competitive market here in pathology, we believe our already affordable pricing model, plus our unique ability to provide both pathology and radiology under one roof, can survive this competition and even increase our market share in spite of this competition. We believe that our ability to provide a holistic, everything-under-one-roof model will continue to work in our favour.” It’s a model on the rise. Arunkumar’s belief in innovation has made Aarthi Scans & Labs a force to be reckoned with. “We are embracers of technology,” he shares. “We’re the only diagnostic chain in India to have AI reporting for preliminary reporting for chest X-rays, CT brain scans and such. I believe AI is going to revolutionise radiology as we know it.”

Not only will AI help radiologists reduce their reporting times and increase their confidence, it’s also going to save lives. Currently, reporting is slow and inconsistent. For example, if it’s night-time, a report will take at least a couple of hours. And if it’s midnight, it might not come back until the next day. “With our technology, we’re able to provide a preliminary report in five minutes,” Arunkumar explains.

“And that information is sent directly to the physician, so treatment doesn’t get delayed, saving a lot of patients’ lives.” When it comes to measuring success, there’s truly nothing higher than that.