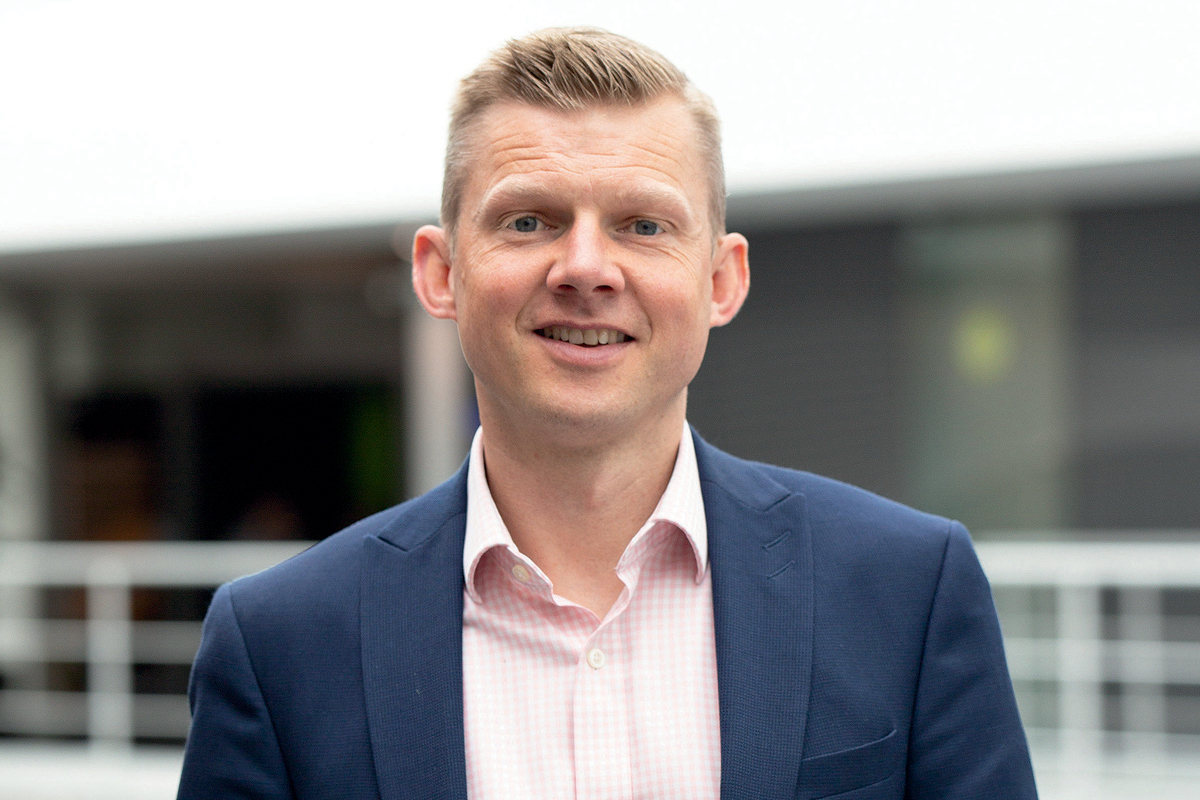 Ben Osborn doesn’t make a habit of answering calls from numbers he doesn’t recognise, but maybe it was the festive spirit that made him pick up his phone one Christmas Eve nearly 10 years ago. “It was around midday,” he recalls. At the other end of the line was a cancer physician from one of London’s leading hospitals. His plea was an impassioned one.

“He had just completed his ward round and had in front of him a 17-year-old boy with a very rare form of cancer. Unfortunately, they had come to the end of the usual treatments provided in the UK.”

Genetic testing had provided a sliver of hope. “They believed that one of our new innovations for a different type of cancer might have an impact,” explains the Managing Director and Country Director for the UK office of multinational pharmaceutical company Pfizer.

At a time when most people had already clocked off for the holidays, the doctor knew that what must happen next would be as critical as it would be challenging. “The request was that Pfizer, through the various programs that we run, would provide this medicine to the patient,” Ben continues.

The decision required global input. “It was incredible how the organisation mobilised itself,” he says. As Christmas dinner was about to be served the next day, he received a phone call from the same doctor thanking him on behalf of the young man’s family.

“It’s moments like this that really stand out for me,” he enthuses. “Frankly, this is why we exist, to deliver breakthrough moments for patients.”

“This is why we exist, to deliver breakthrough moments for patients.”

A physiology and sports science graduate who has spent his entire career with Pfizer in the UK and Europe, Ben knows that his industry’s reputation could be better.

“I don’t think there has been one morning when, on my drive to work, I don’t think about the lack of trust in the pharmaceutical and life science sector and the perception that we, as companies and executives, are just about profit,” he acknowledges. It’s one he affirms is “simply not true”.

“Our guiding star is our purpose,” he counters. “We are here to bring breakthroughs that change patients’ lives. Every single day, the 2,500 team members that I have in the UK go above and beyond what most people would expect to deliver this purpose.”

Profit, Ben continues, is not a conversation that he often has, but is a necessary part of the equation. “As to be expected, there’s a philosophical question of whether companies should profit from poor health and disease,” he explains.

“The challenge lies in helping people understand that, for us to continue to innovate, we must make money.” After all, he adds, academia – and government organisations such as Britain’s National Health Service (NHS) – can’t afford to shoulder the costs of research and development alone.

“The NHS’s annual budget of slightly more than £139 billion (€156 billion) is a fraction of what the industry needs,” he continues. Instead, Ben maintains that a collaborative approach is required. “The pharmaceutical companies bring knowledge and expertise, of course, but we also contribute a lot of tangible resources, often represented by the dollars and pounds needed to develop the medicines of the future,” he explains.

“A big part of my role is to demonstrate to society why it should trust us and the value that we bring to the patients that we serve in the UK,” he admits, emphasising how important this confidence is if the country’s medical system is to finally see the improvements the entire population is so craving.

“Transforming the healthcare system in the UK and overcoming some of the most challenging diseases are going to require partnerships,” he explains. “The NHS can’t solve this alone, nor can the government, patient groups or charities. And collaboration can only happen when those involved have deep trust in one another and when society trusts those partnerships as well.”

While the existing image of his industry has room for improvement, the reputation of his company as one of the UK’s top employers is beyond reproach. At the time of Ben’s interview with The CEO Magazine, Pfizer had just been certified as Top Employer United Kingdom 2020, for the fifth year in a row.

But this time was particularly special for Ben; not only was 2019 his first full year in the Managing Director role, it was also the year when the entire organisation realigned itself around its single purpose: “Breakthroughs that change patients’ lives,” he explains.

It’s something, he continues, that has helped the company refocus all aspects of its operations, from business decisions to mindset and culture.

While he fully appreciates the breadth of skills and expertise his hardworking colleagues bring to the organisation, Ben believes that there’s always room for improvements.

Ben, who was promoted to his first management role with Pfizer in his mid-20s, says that understanding the importance of being true to himself has been the most significant lesson of his career. “In the beginning, I tended to emulate, and often mimic and copy, the style of leadership of those around me,” he explains, adding that, while the strategy worked to a certain extent, he soon found it to be very tiring. “Ultimately, I wasn’t authentic,” he admits.
His light bulb moment, he says, came during a course at the London Business School. One of his professors, Robert Goffee, had co-authored a book called Why Should Anyone be Led by You? “The premise of the book is about authentic leadership and it made me realise that to be the best leader I could possibly be, of course I needed to learn from others, but I must also be true to myself,” he continues. “From that day onwards, I promised myself that I would essentially be my own leader. I would take pointers from others, but I would also be clear on my own values, my personal leadership style and approach.
“I will make mistakes and I won’t get everything right, but this is who I am.”

As he has openly stated on forums, including on LinkedIn, by embedding a culture that brings the organisation’s purpose to life and empowers each employee to do their best, a wealth of talent can be unleashed to ensure that, at every level, Pfizer is making a difference for its patients.

Certain strategies are already in place to deliver this. “We’re simplifying processes and communication where possible,” he reveals.

As part of his goal of fostering a more personal and diverse feel to the company, he explains that the previous business dress code has been removed, flexible working arrangements implemented and onsite facilities such as a yoga studio installed. Every member of the team is also encouraged to use five paid days per year to volunteer for causes close to their heart.

As he celebrates his 20th anniversary with Pfizer, Ben says he has no desire to be working anywhere else. And he has three good reasons for this: “The culture of the company, the people and the innovative medicines and vaccines that have transformed the lives of millions.” 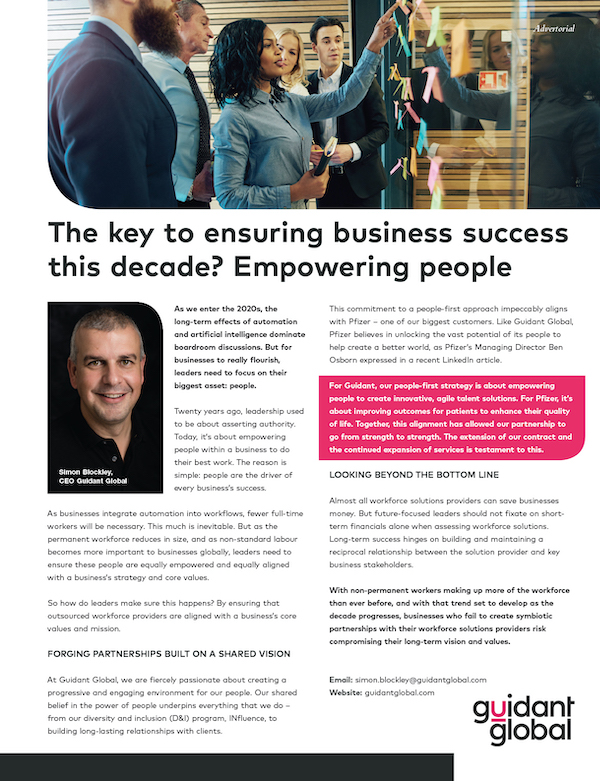 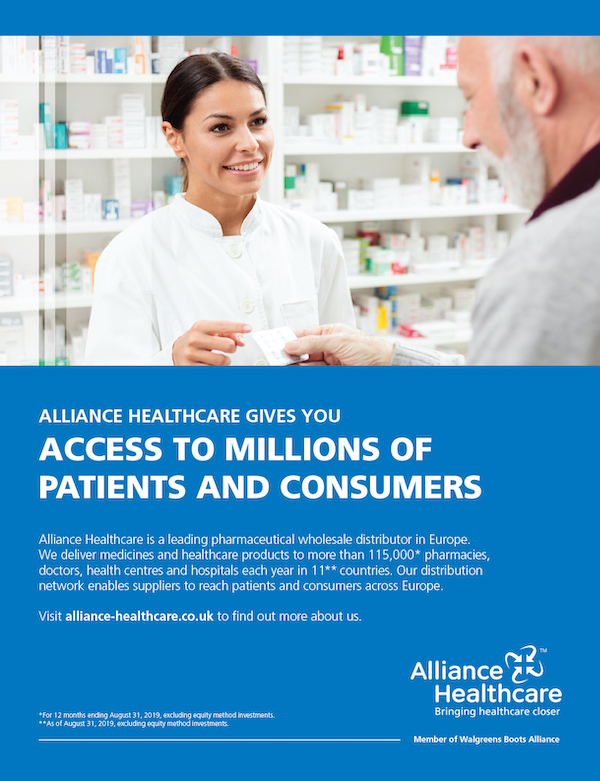