We are transforming eye care in the Philippines: Benjamin Liboro 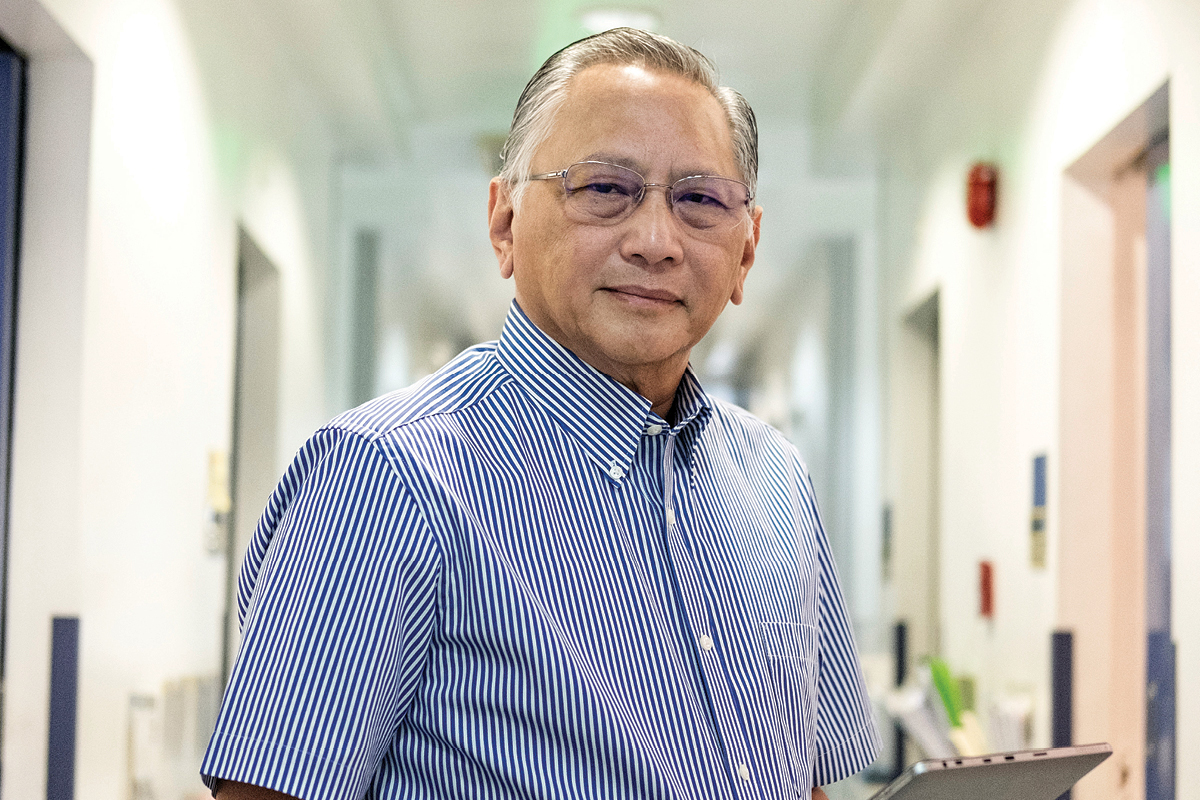 Since its establishment in 2001, Asian Eye Institute (AEI) has put the Philippines on the map for world-class health care. Serving more than 60,000 local and foreign patients every year, the business is at the forefront of breakthrough technology for eye care in Asia, providing a full suite of specialised medical services and using some of the most advanced technology available in the world. With clinics located in Makati City and Quezon City, Pasay City, Muntinlupa City and San Juan City, AEI is the first and only ambulatory eye centre in the Philippines to have international healthcare accreditation. It has been accepted into the ASEAN Association of Eye Hospitals and is the first Philippines business to become a member of the prestigious World Association of Eye Hospitals.

For its first six years in operation, AEI was run by doctors who quickly realised that they needed a strong leader to set the direction and manage corporate affairs so they could focus wholly on delivering the best patient care. They found this leader in Benjamin Liboro, who was appointed AEI President in 2007. With degrees from the Ateneo de Manila University and Universidad de Barcelona, and an MBA from the London Business School at the University of London, Benjamin returned to the Philippines in 1979 where he was immediately recruited into the Strategic Business Group of First Philippine Holdings Corporation (FPH), which was then in expansion mode. His work at FPH involved managerial roles in business development, construction, manufacturing and tollway project development before he was put in charge of Asian Eye’s expansion in 2007.

“The eye care industry in the Philippines is tremendously underserved and we have an opportunity to fill that gap by making our services more available to the middle market.”

Since that day, Benjamin has been committed to preserving the legacy of the Lopez Group chairman emeritus Oscar M Lopez. “Mr Lopez suffered from glaucoma and he wanted the same level of treatment he was getting from Harvard Medical School to be available to as many people as possible throughout the Philippines,” Benjamin recalls. “Upon his retirement in 2010, we were asked to demonstrate the potential to grow the business. So, we conducted various internal and external studies, which revealed that the eye care industry in the Philippines is tremendously underserved and we have an opportunity to fill that gap by making our services more available to the middle market – instead of just premium patients. This midmarket comprises around 20 per cent of the entire market for eye care, and it’s made up of people with significant purchasing power and health plans provided by their employers.”

With a budget of PHP450 million, AEI’s ambitious expansion plan relies on its mission to grow the number of AEI’s clinics from six today to 29 by 2020. “These clinics will be a mix of surgical centres and satellite clinics with teleoperation capabilities, so patients are able to access our services offsite. In this process, we’re aiming to triple our surgical capacity and grow the business fivefold,” Benjamin explains. “In the past year, we’ve already opened one surgical centre and three satellite clinics and we’ll open another two by the end of 2018. Slowly but surely, we’re transforming eye care in the Philippines.” 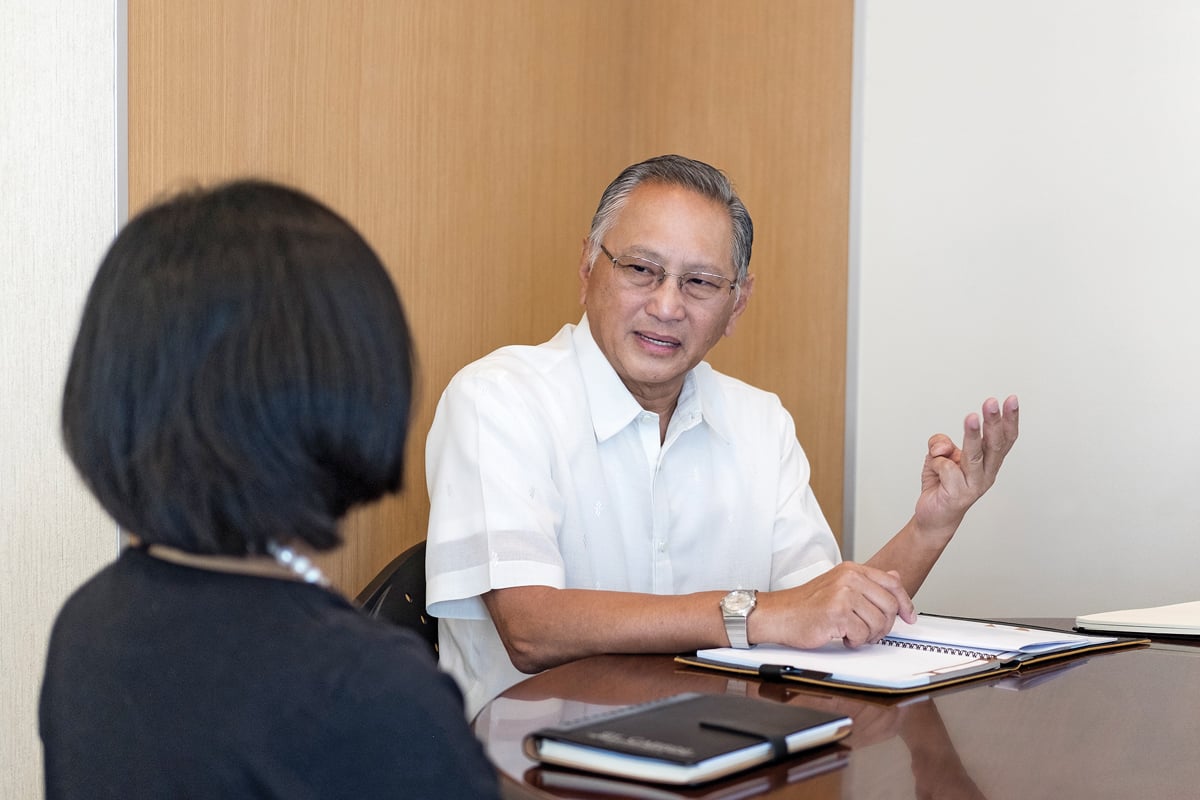 Through EyeSite, AEI also focused on bringing down the cost of its cataract surgery – one of the most common eye surgeries on offer. “We set ourselves and our suppliers a challenge to lower costs and match the price of the national public health system of PHP16,000 – and we’ve managed to get down to PHP23,000,” he explains. “Because the majority of cataract patients are over 60 and therefore enrolled in the free health system, we’re also able to offer them a senior citizen discount on top of that.” Benjamin believes that by making these services more accessible, Filipinos will be encouraged to regularly get eye checks and therefore prevent treatable blindness.

“At ZEISS, we are making the necessary investments in people, skills and processes to serve our customers better. Our association with quality healthcare providers such as Asian Eye Institute will play a pivotal role in shaping the future for effective healthcare delivery.” – Sujay Debnath, Regional Director of Medical Business Group, Carl Zeiss S.E. Asia.

AEI was recognised by the Investors in People for the role of its human resources in the achievement of organisational success – another first among the eye centres in the country – and its medical team is recognised both locally and abroad as leaders and key resources in their respective fields. “It’s certainly not easy to attract the level of talent we’re after,” Benjamin admits. “Our cornea, refractive, retina and glaucoma fellowship programs accept eight to 10 fellows every year and we aim to retain the most outstanding graduates and offer them a permanent place with us. 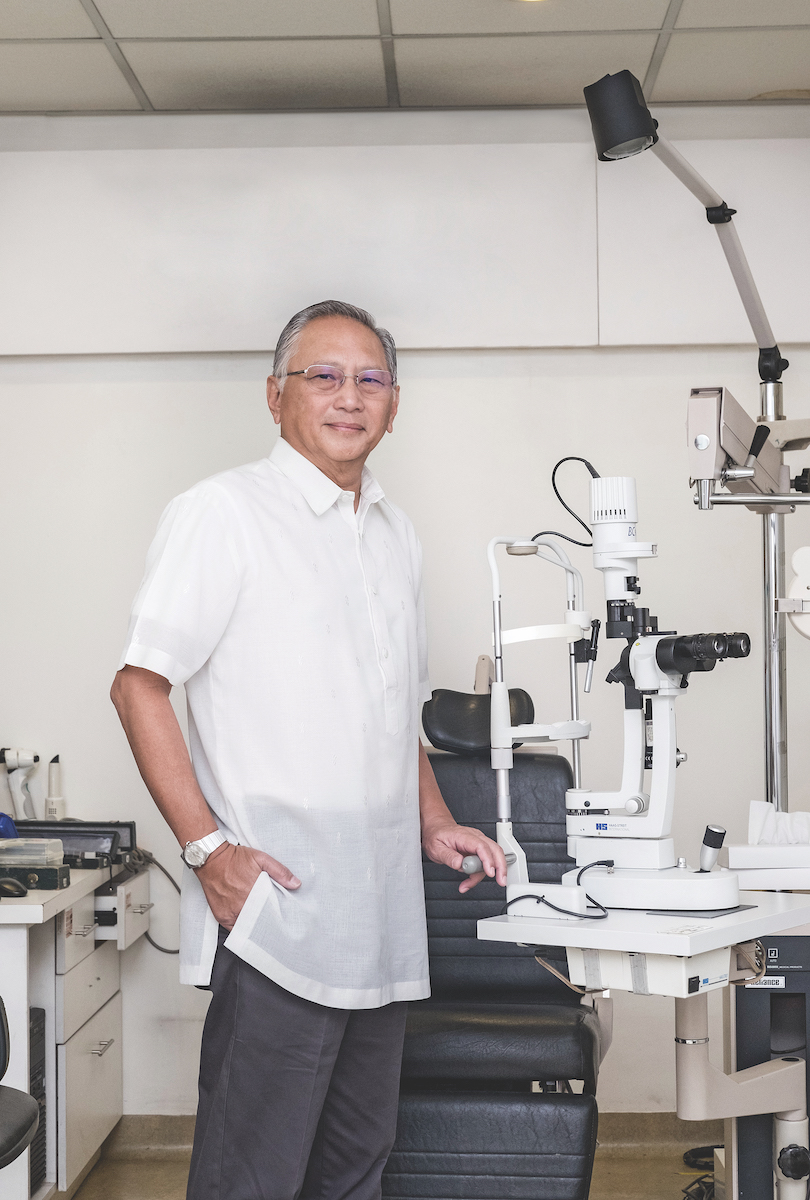 In April last year, the company partnered with Southwestern University PHINMA to strengthen the education of its practice-focused, hands-on optometry programs. “We’ve helped redesign its optometry program and provide teaching clinics so the next generation of optometrists are the best they can be,” Benjamin notes. “We also supported the optometry program at Centro Escolar University through internships.” Currently, Benjamin counts 1,300 active ophthalmologists in the major cities. “The World Health Organization recommends one ophthalmologist for every 20,000 people but in the Philippines, it’s closer to 1:90,000. There aren’t enough ophthalmology graduates, so we have to compensate with technology,” Benjamin admits.

“This strategy has also been adopted in India, where they have a huge rural population that doesn’t have access to doctors. They have developed the kinds of portable devices that can be taken to rural communities to deliver care and we’re now bringing those to serve the people of the Philippines also. Between now and 2020, we see half of our growth coming from these teleoperation shops and if they are successful, we’ll roll these out through the rest of the country. What’s standing in our way at the moment is poor internet service – which prevents us from keeping patient records.”

“We hope to maintain a full and balanced pipeline with the best educational partnerships and we’ll continue to bring down the cost of our service without compromising on quality.”

What’s your favourite part of the job?

“I love working with my staff and seeing them succeed in the areas they’re passionate about. I’m almost 68 years old, so I guess there comes a time when you need to start thinking about training your successors. It’s the first thing they teach you in business school, but you don’t truly realise its importance until you get to the second half of your career. It gives me great confidence that the legacy of Asian Eye Institute carries on because of the wonderful people we have working for us today.”

AEI is committed to improving the overall health of people throughout the Philippines and the wider Asia–Pacific through continuous research and innovation. Since 2002, AEI doctors have collaborated with pharmaceutical and biotech companies to conduct more than 116 clinical trials and investigator-led research projects. It is now one of the leading sites in Asia for testing ophthalmic devices, pioneering treatments, and drugs. As a result, it is at the forefront of research developments that could save or enhance vision for patients. Its doctors have also been recognised by prestigious organisations including the Philippine Academy of Ophthalmology, the American Society of Cataract and Refractive Surgery, the Asia–Pacific Academy of Ophthalmology, and the Asia–Pacific Association of Cataract and Refractive Surgery.

“These clinical trials are vital in exposing our doctors to the latest equipment and treatments, and giving them the chance to develop their reputations both regionally and globally. We’re looking at technologies that will deliver the best results for our customers so even if our ophthalmologists are based in a main city, they’re able to serve a much larger Asian base through our growing network of clinics,” Benjamin explains. “Moving forward, we hope to maintain a full and balanced pipeline with the best educational partnerships and we’ll continue to bring down the cost of our service without compromising on quality.”

When it comes to successful leadership, Benjamin believes there’s always a bit of luck involved. “You have to have good people under you and I’m lucky to work with such a hard-working, passionate team. It’s about establishing a foundation of trust with a shared vision and shared goals, while also maintaining the best global practices and a patient-centred mindset,” he remarks. “When it comes to attracting the younger generation, we have tried to encourage a fun workplace. They don’t like being micromanaged so you must work with them closely to gain their trust. Once you have that, it’s important to step back and let them perform at their best.” 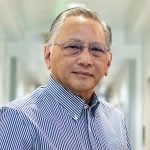